Stock Market Highlights: Indian indices ended pared morning gains but ended in the green for a fifth straight session on Thursday, on the expiry day of derivative contracts for August. Gains in financials and realty stocks were capped by losses in index heavyweights RIL, Kotak Bank, HDFC Bank, and Infosys.

Indian shares pared morning gains but ended in the green for a fifth straight session on Thursday, on the expiry day of derivative contracts for August. Gains in financials and realty stocks were capped by losses in index heavyweights RIL, Kotak Bank, HDFC Bank, and Infosys.

The Sensex ended 39 points higher at 39,113 while the Nifty added 9 points to end at 11,559. Broader markets were also in the green for the day with the midcap and smallcap indices up 0.2 percent and 0.4 percent, respectively.

The initial public offer (IPO) market has been lackluster this year amid volatility due to the COVID-19 pandemic. In 2019, 16 companies launched their IPOs raising over Rs 12,000 crore, and 2020 was expected to be a rebound year.

But the markets are still awaiting listing worth over Rs 33,500 crore this year. A number of companies that have received regulatory approvals have also postponed their IPOs, waiting for a recovery in the indices.

“During M4FY21, tractor companies have reported a strong recovery in tractor sales number. In the same period, M&M and Escorts’s tractor sales number combined (combined market share is more than 50 percent in domestic tractor) de-grew by ~12 percent to 1,11,683 units. However, In July 2020, both companies' combined sales number grew by ~24 percent to 29,416 units. Going forward we expect strong sales for tractor on back of positive sentiments due to good cash flows to farmers, higher Kharif sowing, a timely and normal monsoon cumulatively across June & July and continued higher rural spending by the Government. Hence, we are positive on stock like M&M, Escorts and Swaraj Engines.”
Share:

Rupee ends at highest level against dollar since March 13. 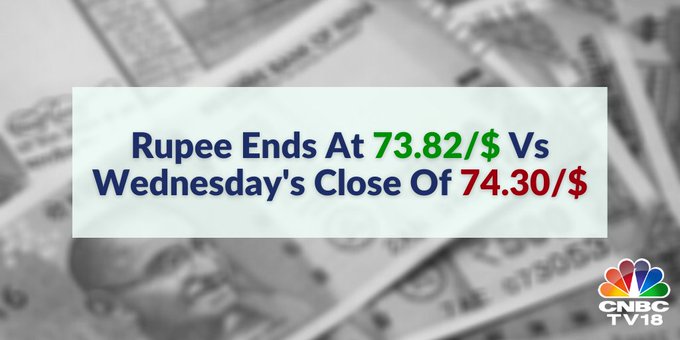 Can Fin Homes reported an overall good set of numbers For Q1FY21. However, on the moratorium side, 28% is a bit higher compared to his history of stable asset quality. AUM grew 9% YoY and 2% QoQ, NII grew much at a healthy rate 29% YoY largely le by a reduction in the cost of fund. Pre provision profit grew at 29%, however, PAT grew by 15% YoY, primarily due to elevated provision cost. 28% moratorium number includes customers who have opted for moratorium and customers who haven’t paid/bounced. Can Fin has taken total COVID provision worth of Rs 73 crore which is 0.35% of the loan book. Can Fin Homes currently trades at 1.8x FY22E BV which we believe lower than the historical average. We have a positive view on Can Fin Homes considering a continuous reduction in the cost of fund, improvement in NIM a strong parentage.

Following the three successful rounds of bidding, the Ministry of Civil Aviation has approved 78 new routes under the 4th round of Regional Connectivity Scheme (RCS)- UdeDeshKaAamNagrik (UDAN) to further enhance the connectivity to remote and regional areas of the country. North-Eastern region, hilly states and islands have been given priority in the approval process for the new routes. 29 served, 08 unserved (including 02 heliports and 01 water aerodrome), and 02 underserved airports have been included in the list for approved routes. Overall 766 routes have been sanctioned so far under the UDAN scheme. Read more here. 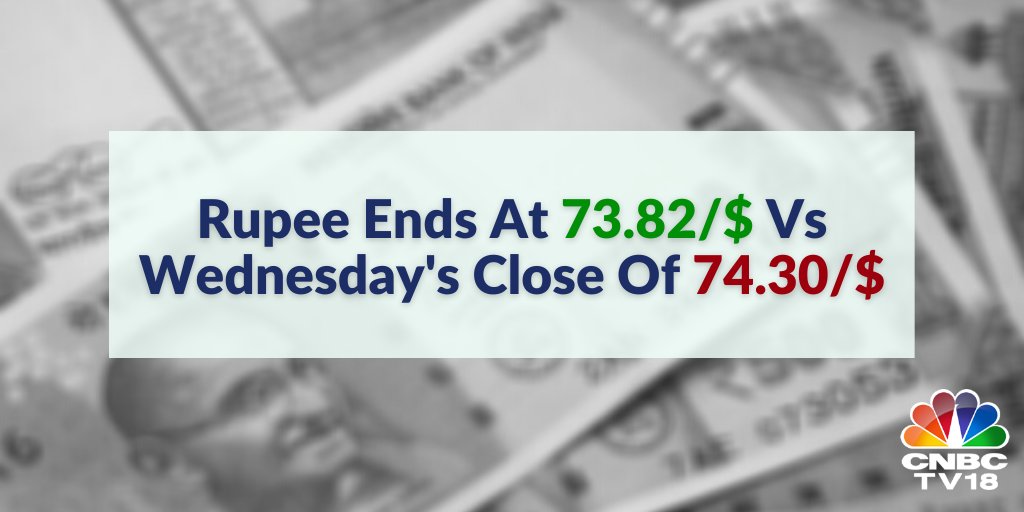 Maharashtra stamp duty slashed: Here's how much one can save if buying a house

In an attempt to boost the stagnant real estate market, the Maharashtra government on Wednesday announced its decision to reduce stamp duty on flats from 5 percent to 2 percent till December 31 and to 3 percent between January 1 and March 31.

The reduction in stamp duty is estimated to save a significant amount of money for homebuyers as well as provide support to the demand in the sector. Along with this, the reduced borrowing cost, lower transaction cost, and developers offering lucrative prices create a great opportunity for serious consumers.

Currently, Maharashtra charges stamp duty of 5 percent in cities like Mumbai, Pune, Nagpur, and Nashik. In other cities, the rate is 6 percent.

The affordable and mid-segment properties, which are in maximum demand, will see the most traction from such this move.

Water management company, VA Tech Wabag has raised Rs 120 crore from marquee investors, for “growth capital”, through a preferential issue of equity shares at Rs 160 apiece. The company has been able to do this at a time when most infrastructure management players are still struggling to recover from the pandemic-induced lockdown.

This is nearly 10 percent of the company's market capitalization. Already, the company's share price has gained 80 percent in 3 weeks. Continue reading

"Market creates careers, it creates lifestyles, and it creates history," says stock market expert Basant Maheshwari. You may ask, how can one achieve all these through trading? Well, it's a question that every trader is seeking an answer to, except a handful who have actually achieved these three things.

So what's the answer? In Basant Maheshwari's words, it is "a big stomach as a trader". Yes. According to Maheshwari, author and portfolio manager of BM Wealth Advisors LLP, the success of an investor lies in what he sees as success as a trader. Trending Stock: Ramco Systems' share price were locked in an upper circuit on Thursday after HDFC Mutual Fund acquired 1.57 lakh shares of the company at Rs 240/share, as per the exchanges data. The fund house bought 0.51 percent stake in the company.

The stock was trading 5 percent higher to 257.75 per share on the NSE.  Moreover, the stock has continued to gain in the last 17 trading sessions and has climbed about 92 percent to current levels.

Interestingly, the stock has hit upper circuit in 13 trading sessions out of 17.  The recent surge in the shares began after the stock crossed its 200-DMA (moving average) on July 27. Post that, the volume of the stock has usually been higher, over 1 lakh shares exchanging hands daily.

“Gold prices eased after a sharp rebound seen in the previous quarter. Gold is in a consolidation phase. However, a fall in US dollar will support gold prices and the short term trend in the yellow metal remains positive,” said Amit Sajeja, AVP Research - Commodities & Currencies at Motilal Oswal. Read more 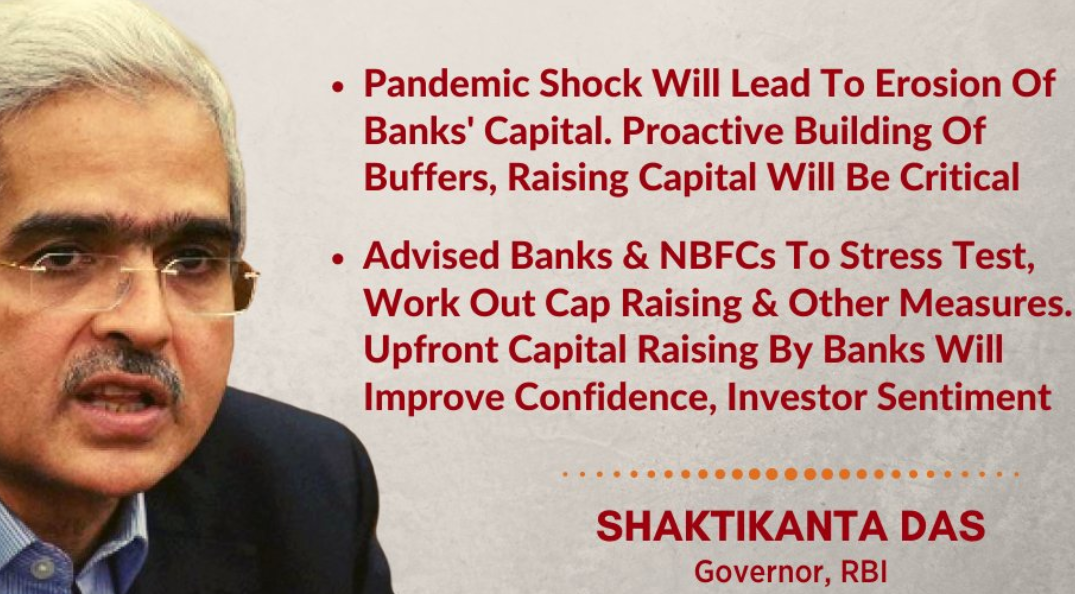 “Real estate sector is doing well and NBFCs which are related to housing sector they are doing extremely well. In that if you see, HDFC which is currently trading at Rs 1,870-1,875, it is still significantly down as compared to its previous highest level. So, from here we can expect safer side Rs 1,930-1,950 sort of levels and we can keep stop loss somewhere around Rs 1,830-1,815 levels. So, it is a very strong bet to buy at this level.” “Apart from this, if we focus on few other real estate companies, then in that Sobha Developers looks good. But pharmaceutical stocks are also participating in this market and in that we like Cadila Healthcare which is currently trading at Rs 394-395. We can keep stop loss at Rs 384 for the same and we can again expect Rs 405 to Rs 410 on the higher side.”
Share:

The ailing real estate has welcomed the Maharashtra government's decision to reduce the stamp duty to two per cent till December saying the move will foster demand creation and give a boost to the allied industries. The state government on Wednesday decided to slash stamp duty on sale deed documents by 3 per cent from September 1 to December 31, 2020, and by 2 per cent from January 1, 2021 to March 31 2021. Stamp duty is the transactional tax, collected by the government on property purchases. Stamp duty collection is one of the largest contributor to a state's revenues.

"CREDAI has been pursuing the state governments for reduction in stamp duty since the beginning of lockdown. The move will benefit the customer and foster demand creation along with giving a stimulus to the allied industries coupled with employment generation," CREDAI National Chairman Jaxay Shah said. NAREDCO National President Niranjan Hiranandani said the move will stimulate the housing demand and help in converting inquiries into the sales closures. More here
Share:

L&T Infotech is the best performing IT stock in 2020

In the broader market, stocks like L&T Infotech (LTI) are doing exceptionally well on Tuesday (August 26). The stock has had a smooth run. Five percent up today and 40 percent so far in 2020 from its initial public offering. LTI debuted in July of 2016, from there, the stock is up 246 percent, the issue price was Rs 710 and surprisingly on day one of trading, the stock ended in red and it was down close to about two percent. CNBC-TV18’s Reema Tendulkar finds out what is buzzing there.

The Indian market witnessed an optimistic rally in the month of July despite rising cases of COVID-19. The benchmark indices surged over 7 percent each, so did the portfolio management services (PMS), which clocked double-digit gains. In fact, close to four dozen strategies tracked by PMS Bazaar has outperformed the benchmark in the month of July. In July, the best PMS performers reported up to 16 percent gains. As many as 44 PMSes of the 180 tracked by PMS Bazaar beat the index i.e. 25 percent of PMSes generated alpha. However, the number is lower as compared to the June returns of 40 percent. According to the online portal's data, the top PMS schemes which have outperformed Nifty50 in July are Moneylife MAS Growth ( up 16.03 percent), Equirus Securities long Horizon Fund (up 13.34 percent), Nine Rivers Capital Aurum Capital Cap Opp (up 13 percent), Right Horizons Minerva India (up 12.9 percent) and Kotak Fintech (up 12.5 percent). More here
Share:

Breaking | Ahead of GST Council meet, sources told CNBC-TV18 that Centre and states have to collectively resolve the GST compensation shortfall issue as such difficult financial situation has never arisen in the past century. There’s a visible huge gap between collection of cess and payment to states and Union Territories. Shares of real estate companies rallied over 4-7 percent in the early morning trade on Thursday after the Maharashtra government decided to temporarily reduce stamp duty on flats. Sunteck Realty jumped over 7 percent, Oberoi Realty and Kolte-Patil Developers gained over 5 percent each while Godrej Properties rallied more than 4 percent on the NSE. The Nifty Realty Index was trading over 3 percent higher.

The Maharashtra government on Wednesday evening decided to reduce stamp duty on flats from 5 percent to 2 percent till December 31 and to 3 percent between January 1 and March 31. The move is expected to boost sales in the sagging real estate market amid the outbreak of coronavirus.

Rupee Opens | The Indian rupee opened flat at 74.30 per US dollar as against the previous close. Technical View | Just as anticipated yesterday, we have opened above 11600 this morning! Our next target would be 11700 which may or may not be achieved today upon closing but that would be the direction to trade-in. The support of the Nifty is at 11300 and any drop or intraday correction can be looked at as a buying opportunity, says Manish Hathiramani, Index Trader and Technical Analyst, Deen Dayal Investments.

Capital markets regulator Sebi on Wednesday said measures to deal with market volatility will be in place till September 24 after reviewing the coronavirus pandemic-related situation. In the wake of the pandemic, the watchdog, in March, came out with various measures, including revision of market wide position limit, to ensure orderly trading and settlement to contain high market volatility. Besides ensuring orderly trading and settlement, these steps were aimed at effective risk management, price discovery and maintenance of market integrity. More here Indian indices opened higher on Thursday with all key sectors supporting the benchmarks. At 9:18 am, the Sensex was up 183 points at 39,257 while the Nifty rose 60 points to 11,609. On the Nifty50 indx, M&M, Tata Motors, PowerGrid, Infosys, and Kotak Bank were the top gainers while Adani Ports, Zee, JSW Steel HDFC, and Shree Cements led the losses. All sectors were in the green at openings. Nifty Realty surged the most, up over 2.7 percent after the Maharashtra government cut stamp duty. Meanwhile, Nifty Bank and Nifty Metals added 0.7 percent each.