5. Auto ancillaries shine in trade; around 10 stocks end above 200-DMA

9. Market Breadth in favour of advances; advance-decline ratio at 5:2

Indian indices ended nearly at day's high on Tuesday as banking and cement stocks contributed most gains. At close, the Sensex ended 477 points higher to 38,528 while the Nifty50 index ended at 11,385, up 138 points.

Barring pharma index, all sectors ended in the green, Nifty Realty jumped the most, over 4 percent followed by Nifty Media (2.16 percent) and Nifty Financials (1.97 percent).

Market breadth in favour of advances today, 1,294 stocks on the NSE ended with gains while 518 declined.

Jubilant Foodworks: Here’s why the stock has risen 13% in August

The share price of Jubilant Foodworks, which holds the master franchise for Domino's Pizza in India, surged nearly 3 percent on Tuesday. While it pared some gains, the stock was still trading higher by 1.45 percent at Rs 1,914 per share on the NSE, at 12:42 pm.

Jubilant Foodworks has risen 13 percent in August and it is up 80 percent from its March low. The stock is just 2 percent away from its record high. CNBC-TV18’s Mangalam Maloo explains why the stock is gaining. Watch Mangalam Maloo's exclusive video on the stock 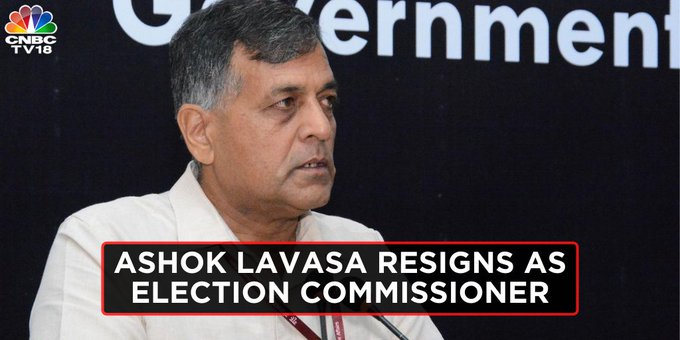 SC observes: In 20 years, all kinds of manipulation and legal filings can take place, we can't allow like this. We are shocked at how DoT had moved NCLAT very late against the sale of the spectrum in the RCom case. Mr. Salve you may raise technical points, but not technicalities will come in our way in enforcing recovery of the AGR dues. Here's more on this

After a rough patch of over two years, the broader markets have started to recover in the last few months. Just in the last month the Nifty Midcap and Nifty Smallcap indices outperformed benchmarks, rising 9 percent and 12 percent, respectively. In comparison, the Nifty added only around 4 percent in this period.

On a YTD basis as well, the midcap and smallcap indices are down 3 percent and 6 percent, respectively as compared to a 7 percent decline in Nifty50.

Also, In August, so far, the Nifty Midcap 100 and the Nifty Smallcap 100 have gained 6 percent and 8 percent, respectively. The blue chip-focused Nifty is up only 2 percent.

So does this outperformance signal recovery in the broader market space? It seems like the large caps are taking a breather while the midcaps and small caps charge ahead. Click here to read more

Rupee Update: The Indian currency settled with gains after recovering from the day's losses. The rupee ended at 74.76 against the US dollar as compared to Monday's close of 74.88.

KNR Constructions reports a 7% YoY drop in net profits in Q1, comes in at Rs 41.9 crore.

In a setback to Vedanta, the Madras High Court on Tuesday dismissed its plea seeking reopening of Sterlite Copper smelter facility in Tuticorin, Tamil Nadu.

The court upheld the Tamil Nadu government's order of May 2018, directing closure of Vedanta’s Tuticorin Facility. Vedanta had moved the Madras HC to challenge the state government’s May 2018 order to shut the Tuticorin Copper Smelter facility.

The stock since its March low levels has climbed 83 percent to current levels. According to technical charts, the stock is very close to its 200 day moving average level of Rs 321.

In its exchange filing, the company said, "A meeting of the Board of Directors of PNB Housing Finance Limited (the "Company") is scheduled to be held on Wednesday, August 19, 2020 to consider fund raising by the Company, and the mode thereof, by issue of Equity Shares and/or other securities through any permissible modes, as may be considered appropriate, subject to such approvals as may be required."

“Gold prices rose on the back of weakness in the US dollar and concerns over the second wave of coronavirus infections in Europe. The trend is expected to be bullish going ahead,” said Ajay Kedia, director, Kedia Commodity. Read more 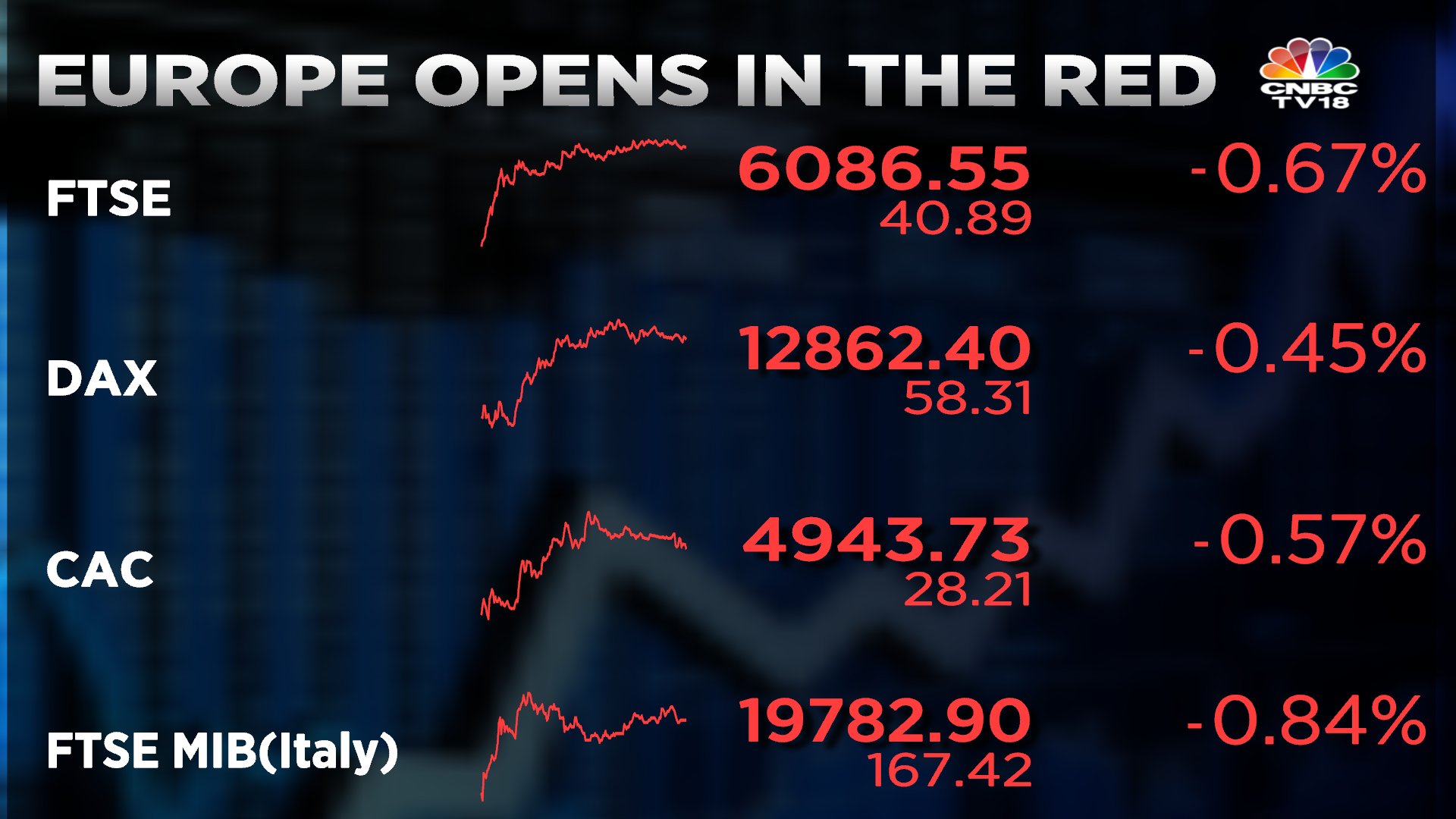 Birlasoft share price surged more than 18 percent to hit 52-week high of Rs 177.80 apiece on BSE after the company announced a global strategic cloud alliance with Microsoft to help its clients to accelerate their digital journey.

With this collaboration, Birlasoft is strategically positioned to support its enterprise clients with their cloud transformation needs, right from infrastructure to business applications, the company said.

Gold prices in India traded higher on the Multi Commodity Exchange (MCX) Tuesday following gains in international spot prices on weak US dollar. Silver prices also increased by over 2 percent. Investors now await the minutes from the US Federal Reserve's last policy meeting due for release on Wednesday. Gold futures breached $2,000 per ounce level and the upmove is likely to continue. The prices may test $2,040 levels, analysts said. Read more here. 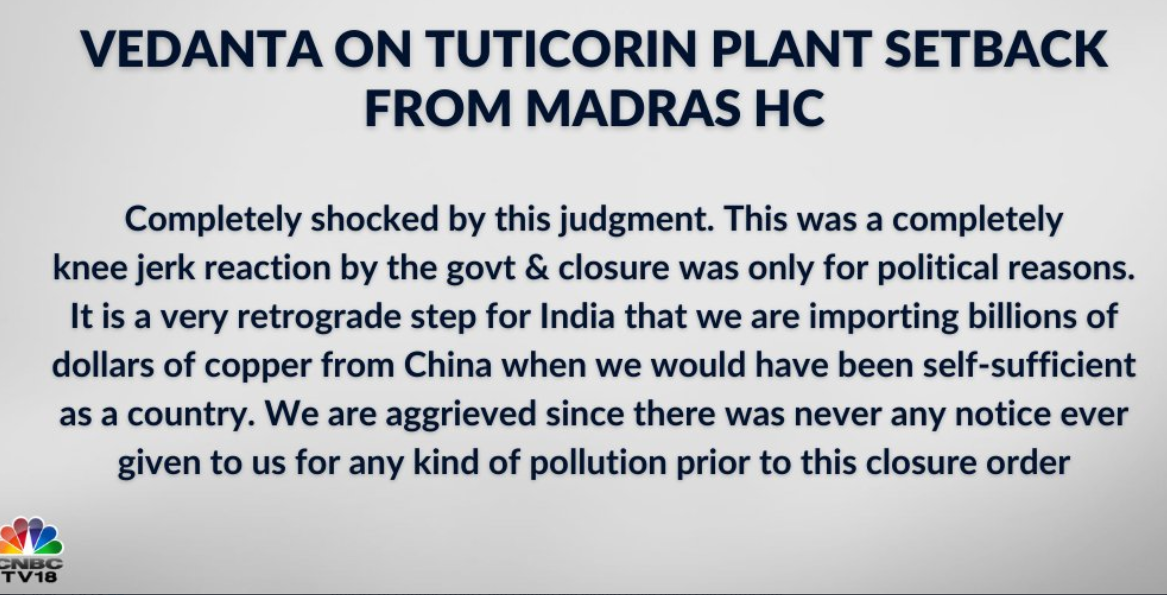 After investing in mortgage lender HDFC earlier this year, the Chinese central bank has now emerged as one of the investors in ICICI Bank's Rs 15,000 crore capital raising plan, media outlet Business Today reported. As per the media report, the People's Bank of China signed a cheque of Rs 15 crore in the private bank under the qualified institutional placement (QIP). It added that the Chinese bank was amongst the 357 institutional investors which included domestic mutual funds, insurance companies and global institutions that subscribed to the issue. The other prominent investors in the fundraising were the Government of Singapore, Morgan Investment and Societe Generale.

The government has extended the Partial Credit Guarantee Scheme (PCGS) 2.0 by another three months and has also allowed banks to invest more in better rated non-banking financial companies (NBFCs). The Rs 45,000 crore PCGS 2.0 was announced as part of the 'Atmanirbhar Bharat Abhiyan' package and is aimed at providing liquidity support to weaker NBFCs, housing finance companies (HFCs) and microfinance institutions (MFIs). Under the scheme, the government provides a sovereign guarantee for the first 20 percent loss to public sector banks buying AA and below rated paper issued by NBFCs/HFCs/MFIs.
Share:

The Indian stock market has made a strong comeback over the past few months, helped by some its marquee names: Reliance Industries (biggest by mcap), SBI (largest lender) and HDFC Bank (biggest private-sector bank), among others. But they are not the stocks whose share price people look up the most on Google. The holder of that title is Yes Bank, a bit odd, given the bank’s near-death experience in March this year. Google Trends data suggests people searched for 'Yes Bank share price' more than they did for each of the hallowed names mentioned above for the past one month, and even over one year. (SBI is slightly ahead over the past three- and six-month periods.) More here
Share: 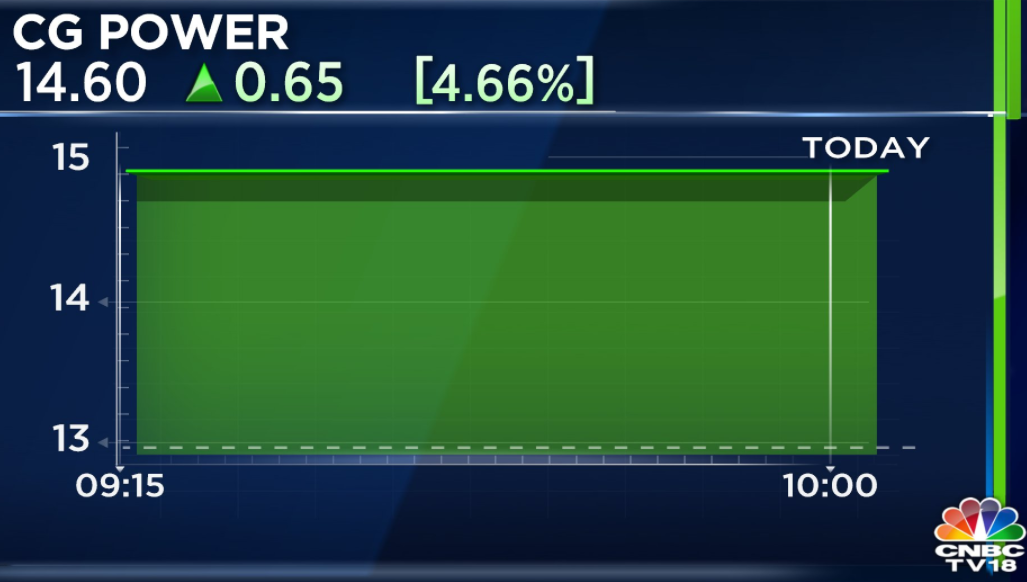 “Reliance Industries is one stock call, Rs 2,160 is a very big barrier in my opinion for Reliance, so if you are trying to do bit of an aggressive play keep a stop loss above Rs 2,160, sell short on Reliance Industries, Rs 2,050 would be my target.” “Another stock which I have on my sell list is Zee Entertainment Enterprises and despite the news that we are awaiting around it, technically very strong barrier at Rs 169, so keep a stop loss above that. We are looking at short term targets of about Rs 158 on it.”
Share:

Technical View | The Nifty is trading above the crucial 11,350 resistance level. We need to keep a watch to see if it can close above this level. If we manage to do that, we could target a 200 point move on the Nifty. 11,100 is the support for the markets which again is crucial because if we break that, we could slide 200 points downwards. Either way, a good trading opportunity is in the offing, says Manish Hathiramani, Index Trader and Technical Analyst, Deen Dayal Investments.

GPT Infraprojects share price rallied over 11 percent after the company bagged an order for Metro Railway project in Kolkata valued at Rs 196.30 crore. The contract includes the construction of Metro Railway Viaduct from P276 to P314 including Mominpur Station and Majerhat Station (Excluding PD building and OCC building side) and Ramp at Joka Depot end in connection with JokaEsplanade Metro Railway Project in Kolkata, West Bengal, the company said in a release. 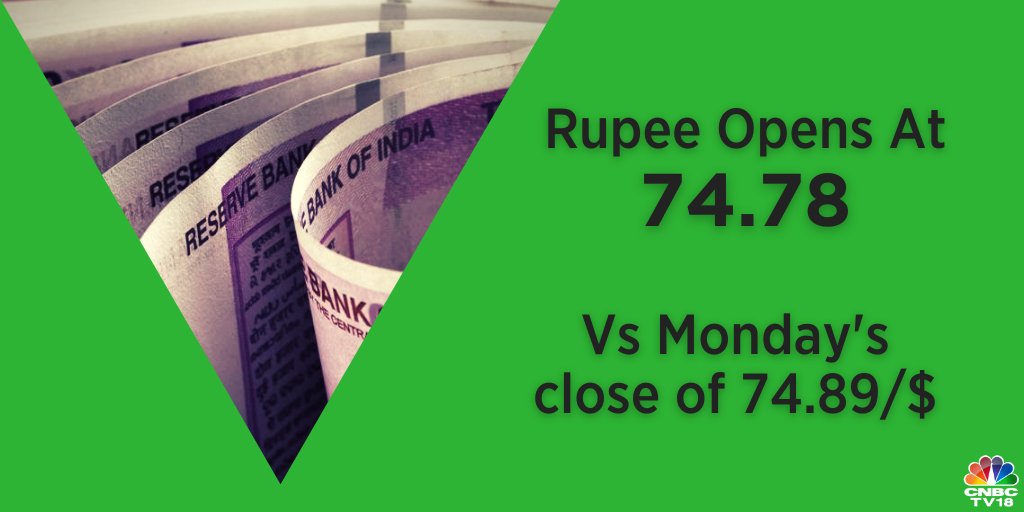 Shares of Petronet LNG rose 5 percent in the early morning trade on Tuesday after the company reported better than expected earnings for the first quarter of fiscal 2021.

Morgan Stanley maintained Overweight call on the stock with a target of Rs 321 per share. The brokerage is of the view that Petronet LNG’s earnings beat was on better-than-expected volumes while the COVID impact on LNG imports was lower than estimated.

“My first call is a buy on Maruti Suzuki, goes without saying the kind of rally that we have seen in the auto space that has been quite encouraging and in the derivative data we have consistent longs that are getting added and yesterday Maruti witnessed two important data point. One is technically it saw breakout from a continuation pattern and second is that At The Money Put saw lot of writing and both the data points are indicating that we might see the rally getting continued in Maruti. So an option trade, 7,000 Strike Call option can be bought for a target of Rs 100 with a stop loss at Rs 55.” “The second trade will be buy on Asian Paints. Even though the paint as a sector has been attempting multiple times to see a breakout but that hasn’t been the case for quite some time. But especially Asian Paints if you see the breakout that sustained yesterday should see some more follow buying coming in and the overall structure for the derivative data also remains positive. So 1,860 Strike Call option can be bought for a target of Rs 42 with a stop loss at Rs 22.” “Lastly a buy call on REC, if you look at the power space, this space has been witnessing a lot of long additions on the derivative data and specially on REC 110 Strike Call option which was one of the highest congestion area, yesterday the future price attempted that and there is a good possibility that we will see the Call writers shifting their position on the upside. So a Bull Call Spread can be initiated which will be a low cost strategy, the trade will be to buy 110 Strike Call Option and sell 120 Strike Call Option. The net cost is roughly around Rs 3 one can maintain a stop loss at Rs 1 for a target of Rs 6.50.”
Share: 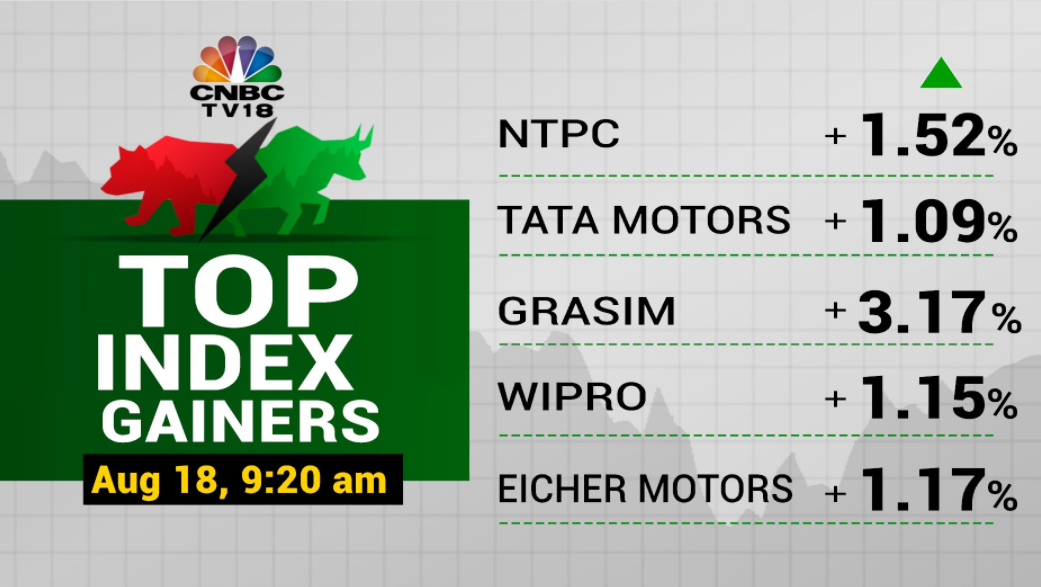 Indian indices opened higher on Tuesday as Asian shared inched up driven by Wall Street's overnight tech-driven rally. At 9:18 am, the Sensex was up 144 points at 38,195 while the Nifty rose 25 points to 11,272. Broader markets were also in the positive, with midcap and smallcap indices up 0.4 percent each. Index heavyweights RIL, ICICI Bank, Infosys, HDFC, and TCS contributed the most to the benchmarks. Among sectors, the auto index rose nearly 1 percent while the IT index added half a percent at opening. Nifty Bank and Nifty Fin services were also in the green.

Asian stocks inched up on Tuesday as Sino-US tensions weighed on optimism generated by Wall Street's tech-driven rally, while the dollar dropped against almost all major currencies. The Trump administration announced on Monday it would further tighten restrictions on China's Huawei Technologies Co, aimed at cracking down on its access to commercially available chips. MSCI's broadest index of Asia-Pacific shares outside Japan gained 0.19 percent, to sit not far short of its pre-pandemic late January high. Japan's Nikkei dipped 0.52 percent, while most markets traded in a narrow band with Chinese blue chips dropping 0.25 percent. The Australian benchmark index rose 0.12 percent. E-Mini futures for the S&P 500 were flat. The Nasdaq surged to a record high close on Monday and the S&P 500 approached its own record level, with both indexes lifted by technology stocks. More here
Share:
view more