1. Sensex & Nifty back in the green after a day of pause

2. Market closes at over 4-month high, Sensex & Nifty up nearly 1% each

12. L&T ends with a cut of 0.5% after reporting weak operational performance

Barring IT index, all sectors ended in the green. Nifty Pharma was the biggest gainer, up 1.44 percent followed by Nifty Realty and Nifty Auto, ending 1 percent higher.

Stock Update: Reliance Industries' market capitalisation hit Rs 13 lakh crore on Thursday just after 8 trading sessions of hitting the Rs 12 lakh crore mark. The stock gained as much as 2.47 percent to Rs 2,053.50 per share on the NSE.

Markets have rebounded sharply from their March lows with a number of stocks surging near their multiple-month highs. In such an environment, it is important to look ta multiple factors like…

Stock Update: Rossari Biotech made a stellar debut on stock exchanges on Thursday with the specialty chemicals manufacturer's shares listing at Rs 670 apiece. The listing price is at about 58 percent premium from the issue price of Rs 425. The Rossari Biotech stock opened at Rs 670 on the BSE, up by Rs 245 over the issue price of Rs 425 per share, while on the NSE, it debuted at Rs 669.25.

The Supreme Court on Wednesday dismissed a special leave petition filed by the Income Tax Department, directing it to refund a sum of Rs. 833cr to Vodafone Idea. The apex court has directed the taxman to issue the refund immediately.

The court has upheld the Bombay high court order of June 26 directing refund of 833 crore within 2 weeks. In dismissing the plea by the I-T Department, the SC has held the department does not have power to withhold tax refund in anticipation of future demands against the assesse.

The issue revolves around the refund claims made by Vodafone for the Assessment Year 2014-15. After a long winding battle, on April 29, the Supreme Court had allowed Vodafone a tax refund of 733 crore. Click here to read more

Flipkart Group, on Thursday, announced the acquisition of Walmart India and launch a new digital marketplace - Flipkart Wholesale to tap into the retail market in India. The e-commerce platform has acquired a 100 percent stake in Walmart India, which operates the Best Price cash-and-carry business. This acquisition was announced with the launch of Flipkart Wholesale, a new digital marketplace to help transform the Kirana retail ecosystem in India.

Flipkart Wholesale will launch its operations in August 2020 and will pilot services for the grocery and fashion categories. It will be headed by Adarsh Menon, a veteran at Flipkart. Sameer Aggarwal, Chief Executive Officer at Walmart India, will remain with the company to ensure a smooth transition, after which time he will move to another role within Walmart. Read more here.

This agri stock surged over 140% in just 4 months

Agri seems to be the new favourite theme for investors. At a time when other sectors have seen demand disruptions due to the coronavirus-induced lockdown, Rallis India, a crop care company, has surged more than 100 percent. The stock has risen nearly 141 percent in the last four months.

Stock Update: UCO Bank's share price rose as much as 1.76 percent to Rs 14.40 apiece on the NSE after it approved the proposal to raise equity capital aggregating Rs 3,000 crore. In its exchange filing, the state-run lender said that the capital raising will done via follow-on public offer (FPO), QIP, preferential issue among others. However, this will be subject to necessary approval from the government, SEBI and the RBI, added the filing.

Stock Update: Glenmark's shares rose as much as 4 percent to Rs 422.25 apiece on the NSE after the company informed the exchanges that the phase-3 clinical trial of Favipiravir in patients with mild to moderate COVID-19 demonstrated statistically significant faster time to clinical improvement as compared to control. It further said that the medicine has a 40% faster clinical cure. 69.8% of patients in the Favipiravir treatment arm achieved clinical cure by day 4, which is statistically significant compared to 44.9% observed in the control arm, added the release.

SpiceJet can now operate flights to the US 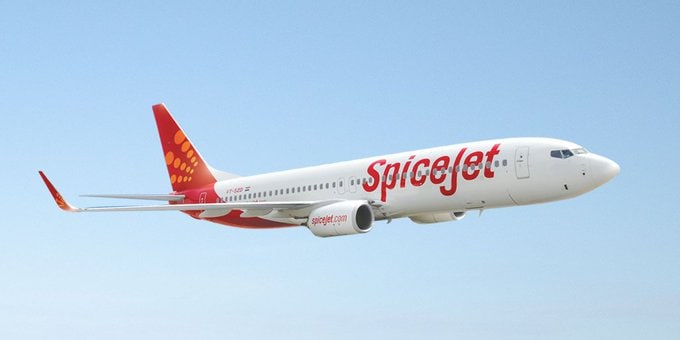 SpiceJet can now operate flights to the US. Get latest Aviation online at cnbctv18.com

Zee Media Corporation on Wednesday announced the resignation of Punit Goenka as the company's non-executive director, citing preoccupation as the reason.

The company in its exchange filing said, "This is to inform that Mr. Punit Goenka, non-executive, non-independent director, has tendered his resignation from the directorship of the company with effect from the close of business hours on July 22, 2020."

However, Goenka will continue to be Zee Entertainment's MD & CEO. He was reappointed as the company's MD & CEO last year.

Rossari Biotech made a stellar debut on stock exchanges on Thursday with the specialty chemicals manufacturer's shares listing at Rs 670 apiece. The listing price is at about 58 percent premium from the issue price of Rs 425. The Rossari Biotech stock opened at Rs 670 on the BSE, up by Rs 245 over the issue price of Rs 425 per share, while on the NSE, it debuted at Rs 669.25.

Shares of Future Retail were locked at 5 percent lower circuit after the company said that it had missed the payment due to dollar bonds due to the stressed liquidity position. The terms of issuance of the USD Notes provide for an additional period of 30 days for payment of interest from the due date, in case the same could not have been paid on the original due date, it said.

In small ways recruitment will continue through out the year... hiring numbers at @infosys will purely be dependent on growth rate, #SalilParekh in a #CNBCTV18Exclusive #jobs #hiring #campusrecruitment #attrition #IT #tech #techcompanies #infosys #employment #ITJobs pic.twitter.com/gZ3oFlgSp6

Shares of Dilip Buildcon rallied over 8 percent after the comapny said that DBL -HCC (JV) has received the letter of acceptance (LOA) on July 22, 2020 from the Narmada, Water Resources, Water Supply and Kalpasar Department (Water Resources) for an EPC project in the state of Gujarat. The company’s bid for the project was Rs 4167.70 crore.

The share price of Bajaj Auto fell over 1 percent in the early trade on Thursday after the company's first-quarter earnings for fiscal 2020 garnered mixed brokerage reactions. The stock fell as much as 1.66 percent to an intraday low of Rs 2,935.00 per share on the BSE. In an exchange filing on Wednesday, the company said that due to the COVID-19 pandemic, all manufacturing operations came to a near standstill for a period ranging from 28 to 43 days between March and May. More here

“We should focus on those sectors or stocks which have still not participated and they are showing some positive build-up. UltraTech Cement which is currently trading at Rs 3,870-3,880 here I am expecting stock to move to the levels of Rs 4,100 the reason is because all these cements stocks are showing real positive strength and this one is available with a very minimal stop loss at Rs 3,800.”

“Other than this we like pharma companies and few pharma companies are really doing well and lot of momentum is there so we like Cadila Healthcare which is currently trading at Rs 370-370.50.  Here I am expecting stock to move to the levels of Rs 400 because it is forming nice bullish consolidation kind of formation. So from here we are expecting Rs 400 we can keep stop loss at Rs 360 for the same.”

Gold slips as investors book profit, holds on to near 9-year high

Gold eased on Thursday as investors booked profits from a strong rally, but held on to a near nine-year high due to US-China tensions and bets on more global stimulus to support pandemic-hit economies, which could fuel inflation. Spot gold was down 0.2 percent at USD 1,867.36 per ounce by 0333 GMT, after hitting its highest since September 2011 at USD 1,876.16 in early Asian trade. US gold futures rose 0.1 percent to USD 1,867. "With tension between the United States and China rising, US bond yields continuing to edge lower, and a weaker dollar very much in evidence, the case for higher gold prices remains strong," said Jeffrey Halley, a senior market analyst at OANDA.

Technical View | The markets have a good short term support around the 11,050 level. We are keeping above that point. In case we threaten that level on a closing basis, we can drop to 10,950. On the upside, we need to keep above the 11,200 mark. If we can get past that, we should be headed to 11,450, says Manish Hathiramani, Index Trader and Technical Analyst, Deen Dayal Investments.

Rupee Opens | Indian rupee opened higher at 74.64 per dollar as against previous close of 74.76.

Asian shares slipped on Thursday as investors' worries over rising tensions between Washington and Beijing overcame hopes for more stimulus, after the United Sates ordered the closure of China's consulate in Houston amid accusations of spying. China said the order was an "unprecedented escalation" by Washington, and a source said Beijing was considering shutting the US consulate in Wuhan in retaliation. Australian shares were flat and Hong Kong's Hang Seng index reversed earlier gains to lose 0.08 percent. Nikkei futures shed 0.13 percent to 22,755, with Japanese markets closed for a holiday. S&P mini-futures slipped 0.08 percent.