1. Sensex and Nifty close in the green, but off highs

6. PSU Bank top losing index while telecom gains the most

Indian equity market ended with gains on Tuesday due to Bharti Airtel, HDFC  and ITC. Financials and bank index dragged the index down from its day's high levels. PSU bank index slipped the most while the telecom sector gained the most today on the back of Bharti Airtel. Global markets continued to celebrate gains on the back of Moderna's first successful clinical trial.

On the Nifty50 index, Bharti Airtel, Adani Ports, ONGC, UltraTech Cement and Grasim were the top gainers while UPL, Vedanta, RIL, IndusInd Bank and L&T were the top losers.

In the last one year, this stock has zoomed nearly 530% to current levels. https://t.co/u7n5whYbCC

Buzzing Stocks: Share price of UPL, Atul, Coromandal International and Rallis India were down up to 6 percent after the Centre has issued a draft order banning sale, use and import of 27 insecticides. The insecticides have been listed for the potential ban, the Ministry of Agricultural and Farmers Welfare said in the draft order dated May 14. Read more here!

Earnings Reaction: Sanofi India's shares traded 0.41 percent lower to Rs 7,438 on the NSE after the company's net profit slipped 8 percent YoY to Rs 85.4 crore during the quarter ended March 2020. However, the revenue rose over 9 percent to Rs 755 crore and EBITDA margin also rose 110 bps to 22.5 percent from 21.4 percent in the same quarter last year. Crude oil prices are up more than 45 percent in May and trading at their highest in two months. It marks quite a comeback ahead of the WTI June contract expiry.Get latest Energy online at cnbctv18.com

Rupee Update: The Indian currency ended higher tracking positive cues from the equity market. The Indian rupee ended at 75.63 against the US dollar as compared to Monday's close of 75.90.

Today's activity is completely mixed but Bharti Airtel looks good given higher volume, price and open interest pattern. The stock has broken its all-time high levels along and the price is also sustaining above the mark of Rs 580. Hence, one can buy the stock with a target price range of Rs 610-615 in next one-two days, said Shrikant Chouhan of Kotak Securities.

The other stock that we are bearish on is Manappuram Finance. The stock is currently trading around Rs 117-118, and has formed a lower-higher formation so we can expect it to move to Rs 108 on the downside but keep a stop loss at Rs 122, added Chouhan.

Stocks Update: Lincoln Pharma gets EU GMP certification from Germany FDA for its manufacturing facility located at Khatraj in Gujarat. The certification will allow the company to market its products in all the 27 member countries of EU and give access to European Economic Area (EEA) countries. At 1:52 pm, the shares rose 2.15 percent to Rs 166 on the NSE.

. @hcltech seeing some furloughs in few sectors that are stressed, but it’s a huge number for the company pic.twitter.com/PDqoWlT8Ke

Motilal Oswal On RIL:  Broking house expects RJio to garner revenue/EBITDA CAGR of 22%/44% over FY20-22E along with healthy EBITDA margin expansion. Despite the price hike, the company witnessed lower-than-expected ARPU growth in Q4FY20, which was mainly due to longer validity recharge plans. It believes RJio would accrue full benefit of the price hike in FY21. It has kept buy rating on RIL with a price target of Rs 1,713 per share.

European stocks opened fractionally higher Tuesday, continuing the positive trend set at the start of the week as hopes rise for a coronavirus vaccine.

The pan-European Stoxx 600 hovered around the flatline in early trade, with bank stocks adding 1 percent to lead gains while the construction sector slid 0.8 percent lower.

European stocks closed sharply higher Monday as investor confidence rose with lockdown restrictions around the world being lifted. A big boost for global markets has also come with hope of a potential coronavirus vaccine after a positive development from a Moderna trial. 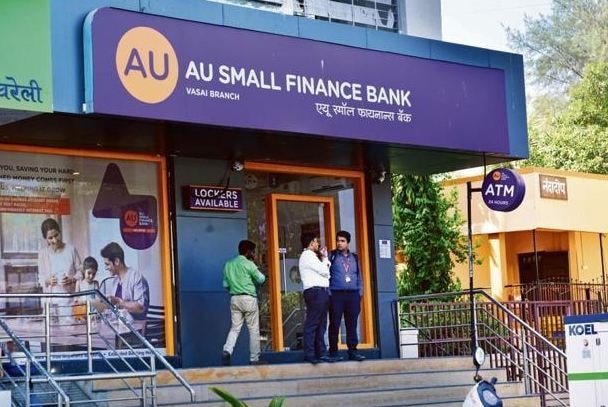 Stocks Update: Lupin launched the generic version of Bausch Health's Apriso capsules in the U.S. market. The said drug is used in the maintenance of remission of ulcerative colitis in adults, said the company's exchanges filing. Mesalamine Extended-release capsules had an annual sale of about $290 million in the U.S. market as of March 2020. At 12:40 pm, the shares traded 0.46 percent lower at Rs 853 on the NSE.

India's grocery and apparel retailers are reassessing store blueprint and strategy during the ongoing coronavirus-forced lockdown in the country. A large number of retailers are of the view that they may have to axe unprofitable stores if footfalls are low.

"We have not decided how many stores we would need to rationalise as yet. If we have multiple stores in a certain locality, we are trying to see if we can axe some in overlapping areas," said a food retailer.

Industry officials believe that retailers could look at rationalising at least 20-30 percent stores in the short-to-medium-term. Read more

Moody's says India's NBFCs are more exposed than banks to the #Covid_19-led downturn. Weakening solvency of NBFCs to pose risks for banks, it says.

Shares of UPL were the among the big losers on Tuesday after the Centre issued a draft order to prohibit use of certain insecticides, citing risk to human beings and animals. The stock was down 5.5 percent to Rs 355. The industry and individual companies have been given 45 days to get back with their suggestions. The development is negative for UPL as some of its major products like acephate, monocroptophus fall in the list. The list also includes  insecticides like chloropyrifos, mancozeb, which are part of UPL’s portfolio. Rallis shares too were under pressure, down 2 percent to Rs 203, as it is a major producer of Acephate, which figures in the draft order.

KEC International on Tuesday said it has bagged orders worth Rs 1,203 crore across various businesses. In a statement, the RPG group company said the power transmission and distribution segment, its T&D business and SAE Towers have secured orders worth Rs 917 crore for transmission and distribution (T&D)projects in India, Bangladesh, Africa and the Americas. The stock was up 2 percent post the announcement.

Shares of ONGC rose nearly 8 percent on Tuesday after oil jumped to a two-month high on easing lockdowns, positive vaccine results. The stock rose as much as 7.8 percent to Rs 78.65 per share on BSE. Meanwhile, BSE oil & gas index also surged around 2 percent in intra-day deals. Other energy stocks like Oil India and Petronet LNG advanced also around 5 percent on the BSE. Other stocks such as Gujarat State Petroleum Corporation (GSPL), Indian Oil Corporation (IOC) and Hindustan Petroleum gained up to 2.4 percent. Oil prices jumped amid a potential coronavirus vaccine, optimism about a resumption in economic activity and signs producers were following through on planned output reductions.

.@BergerPaintsInd's Abhijit Roy to CNBC-TV18: Volatility is too high to make any price revisions#OnCNBCTV18 #COVID19 pic.twitter.com/s2rG2zug3m

“The markets have opened with a gap up of about 130 points. This should not be misconstrued as a trend reversal. The trend continues to remain downward. Traders can utilize this upmove with appropriate risk-reward ratios and short the market. A pullback is quite possible but the overall trend continues to remain bearish,” said Manish Hathiramani, Index Trader and Technical Analyst, Deen Dayal Investments.

The United States President Donald Trump has warned that the US will permanently freeze funding to the World Health Organization (WHO), and consider withdrawing from it, in 30 days if it does not "commit to substantial improvement". In a letter to WHO Director-General of WHO, posted on his Twitter page, the US President laid out a series of charges against the world health body accusing it of omission and commission in its bid to help China downplay the threat arising out of the novel coronavirus. 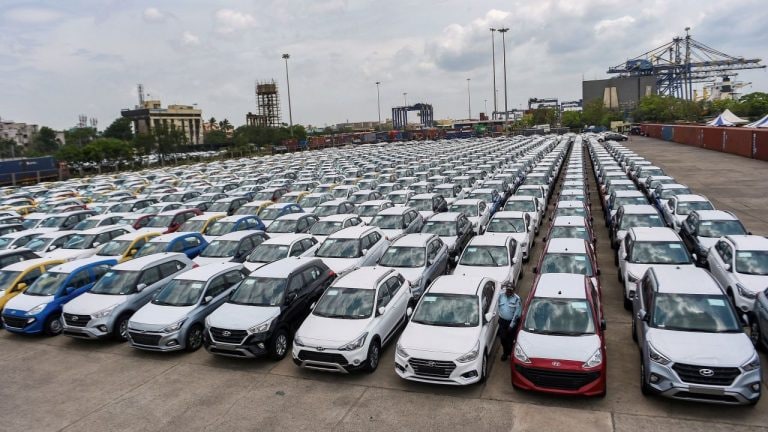 Rupee Update: Indian currency opens stronger on Tuesday mirroring gains from equity markets. The Indian rupee opened at 75.77 against the US dollar compared to Monday's close of 75.91.

Torrent Power in its quarter ended March 2020 reported consolidated net loss of Rs 273.94  crore due to an exceptional item. The company's consolidated net profit was Rs 24.80 crore in the quarter ended on March 31, 2019, a company statement said. The group made a provision of Rs 212.61 crore (including Rs 51.03 crore for the current quarter) in respect of certain onerous contracts towards potential damages and other project related costs. At 10 am, the shares traded 6 percent higher to Rs 314.50 on the NSE. EBITDA for the company rose 16.5 percent to Rs 827 crore while margins expanded to 27.7 percent from 24.2 percent. The board in its meeting on Monday has not considered any further dividend for FY20, it said. The interim dividend of Rs 11.60 (including Rs five as special dividend) declared by the board at its meeting held on February 12, 2020 will be considered as final dividend for FY20, it added.

Maruti Suzuki delivers over 5,000 cars in past few days; stock up 3%

The country's largest car manufacturer Maruti Suzuki's share price rose 3 percent on Tuesday after the company announced that it has delivered over 5,000 cars in the past few days. On the NSE, Maruti Suzuki's stock price rose as much as 3 percent to Rs 4,868. At 9:36, the shares gave up some marginal gains to trade 1.46 percent higher at Rs 4,790. The company in its filing to the exchanges said, "We have put in place comprehensive standard operating procedures (SoPs) for dealerships across the country. With the SoPs in place over 1,350 Maruti Suzuki showrooms and over 300 True Value outlets are operational post lockdown 4."

Indian shares opened higher, following Asian peers after data from an early-stage trial for a coronavirus vaccine lifted hopes for a near-term economic recovery, sending global equity markets and oil prices surging. At 9:18 am, the Sensex rose 335 points to 30,364, while the Nifty was up 114 points to 8,937. The rise in the benchmarks was led by gains in the banking and financial stocks after falling in the previous session. Meanwhile index heavyweight Bharti Airtel also surged over 4 percent post Q4 numbers.