Stock Market Highlights: The Indian market ended today's session 2 percent higher on the back of gains from Reliance Industries and banks. Financial heavyweights like Bajaj twins and HDFC Bank also added to the rally. Bajaj Finserv remained the Nifty50 top gainer, up 8.22 percent while TCS was the top loser. Nifty Bank gained over 800 points to end nearly 4 percent higher. Today's highlight was the latest AGR case, where Justice Mishra bench allowed DoT more time to consider telcos proposals. The next hearing on this will be held in 3rd week of July. In the meanwhile, the telcos have been asked to submit financial documents.

3. Sensex and Nifty gain over 2% each and Nifty Bank nearly 4%

7. Market breadth in favour of advances; advance-decline ratio at 3:1

11. Muthoot Finance at record high after posting strong set of earnings for Q4

12. BHEL gains 17% to 4-month high on Anil Agarwal's positive comment on the company

The Indian benchmark equity indices ended today's session 2 percent higher on the back of gains from Reliance Industries and banks. Financial heavyweights like Bajaj twins and HDFC Bank also added to the rally.

Bajaj Finserv remained the Nifty50 top gainer, up 8.22 percent while TCS was the top loser.

Today's highlight was the latest AGR case, where Justice Mishra bench allowed DoT more time to consider telcos proposals. The next hearing on this will be held in 3rd week of July. In the meanwhile, the telcos have been asked to submit financial documents.

Sub-Committee reviewed major developments in global, domestic economy and financial markets. It deliberated on the status & developments under the Insolvency and Bankruptcy Code (IBC) pic.twitter.com/JueWvqf4hm

The Reserve Bank of India’s (RBI) proposed changes in the regulatory framework for Housing Finance Companies (HFCs) seek to streamline regulations in a defined manner and reduce the regulatory arbitrage for HFC, analysts said. Experts believe the proposed guidelines are not disruptive to the way listed HFCs are currently operating.

The RBI’s proposed rules call for a clear demarcation between loans towards homes and other types of loans, define systemically important HFCs, propose doubling of net owned funds threshold, and seek to forbid an HFC from lending simultaneously to a construction company as well as individual homebuyers in that project, within its group. Read more.

Shares of state-owned BEML rallied over 6 percent after the company flagged off its last train set for Kolkata Metro (East-West) Project. BEML had secured the contract for 14 train sets (6 cars each), valued at approximately Rs 900 crore from Kolkata Metro Rail Corporation (KMRC). The stock hit an intraday high of Rs 636.50 apiece after gaining 6.85 percent.

Trending Stock: Reliance Industries' shares touched a record high on Thursday at Rs 1,649 per share on the NSE. The stock is up nearly 85 percent since its March lows. The recent surge in the conglomerate's rights issue and a wave of investments for Jio Platforms are the two primary reasons for the stock to trade at an all-time high. The investors are bullish over company's 'zero net debt' vision, and so are the brokerages.

These 'warrior' stocks are Edelweiss' new favourites amid COVID-19

The Nifty50, Midcap and Smallcap indices are all up around 30 percent from the lows of March 2020. In a recent note, Edelweiss Securities noted that the recent rally has added more breadth in the broader markets and it has been centered on better quality stocks leading recoveries from the bottom, across and irrespective of market caps. Click here to read more
Share:

Shares of Adani Green were locked in 5 percent upper circuit at Rs 401 per share on the NSE. The stock has been gaining since March after media reports said that the company has plans to raise up to $12 billion in the next 4-5 years through the sales of green bonds to accomplish the aim of becoming the world’s biggest renewable energy player.

In a press release on June 8, the company claimed it had won the first of its kind manufacturing linked solar agreement from the Solar Energy Corporation of India (SECI). With Adani Green, the Group has big plans to set up an installed generation capacity of 25 GW of renewable power by 2025.

#AGR Case | Big relief for these PSU companies as demand for dues worth Rs 4 lakh cr is withdrawn. Govt tells Supreme Court, since PSUs are not in the business of telecom services, we are withdrawing demands pic.twitter.com/Lvnl8723Sp

'What if you become insolvent?': SC after Vodafone Idea asks for 20 years to pay AGR dues

At the hearing of the Adjusted Gross Revenues (AGR) dues in the Supreme Court, Vodafone Idea's counsel Mukul Rohtagi argued that the company was in an extremely precarious position financially, and the only way it could clear  the dues was by making staggered payments over 20 years

Rohtagi said the company was in no position to give any fresh bank guarantee and that its over Rs 10,000 crore of bank guarantees lying with the Department of Telecommunications (DoT)  should be considered as security. Continue reading!

The pan-European Stoxx 600 fell 0.4 percent in early trade, with travel and leisure stocks shedding 1.5 percent to lead losses as almost all sectors and major bourses slid into negative territory. DAX traded 0.12 percent lower at 12,367.12 while FTSE100 slipped 0.47 percent to 6,227.

European markets look set to follow their Asian counterparts lower Thursday; with stocks in Asia Pacific declining in Thursday afternoon trade as investors weigh up the implications of a recent surge in Covid-19 cases stateside.

Indraprashta Gas falls over 5% post Q4 earnings: Here’s what brokerages have to say 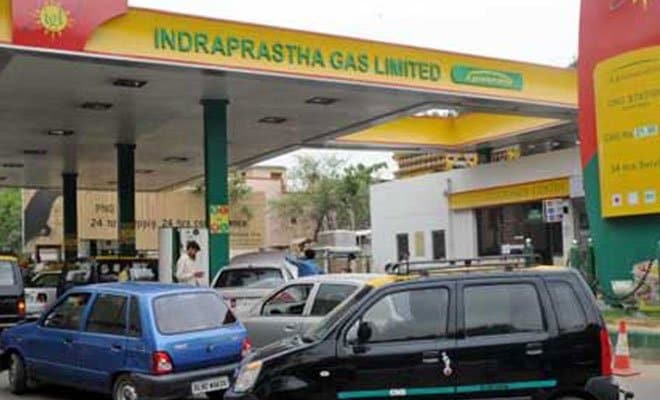 The company’s net profit in the fourth quarter of fiscal 2020 declined 2.2 percent to Rs 290.8 crore.Get latest Market online at cnbctv18.com

The share price of Bharat Heavy Electricals (BHEL) rose 15 percent on Thursday after Vedanta Chairman Anil Agarwal complimented the company and said it is extremely capable of producing the best power plants in the world.

Anil Agarwal took to twitter and said, "Most of the power plants in India are imported from China. BHEL, a PSU, is very capable to produce the best power plants in the world. If given full autonomy and either corporatized or privatized, without laying off any personnel, it can do wonders for Atmanirbhar India." Read more here

Trump says U.S. will not lock down again amid rising coronavirus cases

President Donald Trump said on Wednesday the United States would not close businesses again as several states reported rising numbers of new coronavirus infections, reported Reuters. "We won't be closing the country again. We won't have to do that," Trump said in an interview with Fox News Channel. Trump's comments come after White House economic adviser Larry Kudlow and Treasury Secretary Steven Mnuchin both said the United States could not shut down the economy again.
Share:

#CNBCTV18Market | Coal India surges sharply after PM @narendramodi says India will save forex spent on import of coal and use the fund for social welfare pic.twitter.com/CzTMHXFnNC

Prime Minister Narendra Modi on Thursday launched the auction process of 41 coal mines for commercial mining in order to reduce its dependence on imports. The auction is open for domestic as well as global firms through the 100 percent FDI route. In a speech at the launch, PM Modi said that commercial coal mining auction is an event in challenging times. Aatmanirbhar Bharat means India will reduce its dependence on imports, he added. "Big step being taken today to make India self-reliant in the energy sector by bringing the coal sector out of a decades-long lockdown with commercial coal mining," the Prime Minister said. He noted that India despite being the world's second-largest producer of coal wasn't exporting it. India has fourth-largest coal reserves and is the second-largest producer of coal.
Share:

Here are the details: pic.twitter.com/EWI27rN4ie

. @FitchRatings has revised the Outlook on India's Long-Term Foreign-Currency Issuer Default Rating (IDR) to Negative from Stable and affirmed the rating at 'BBB-' pic.twitter.com/WaU3UQyMfL

Who are Robinhood investors and are they powering the recent Wall Street rally?

While the US economy is facing one of its deepest recession, the US markets have recently witnessed a V-shaped recovery. Are these 'Robinhood investors' driving the recovery?Get latest Market online…

Muthoot Finance's shares rallied nearly 10 percent on Thursday after strong March quarter earnings due to higher demand for gold. The stock gained as much as 9.5 percent to trade at Rs 1,094.70 per share on the NSE. At 9:50 am, the shares traded 7.57 percent higher to Rs 1,075.35. The company's consolidated net profit jumped 52.4 percent year-on-year (YoY)to Rs 835.78 crore as against Rs 548.56 crore in the corresponding quarter last year. Total income during March quarter rose to Rs 2,633.58 crore from Rs 2,088.84 crore in the year-ago period.

Buzzing Stock: Supreme Industries gained as much as 5 percent to Rs 1,140 apiece on the NSE after Axis Mutual Fund acquired a percent stake in the company through open market transaction. Axis Mutual Fund has bought 12,25,000 equity shares in the company at Rs 1,080 per share, as per the bulk deals data available on the BSE. At 10:06 am, the stock gave up some gains to trade 2.35 percent higher to Rs 1,111.

Reliance Industries stock jumps over 85% from March lows. Is the rally over?

Reliance Industries (RIL) has been in news recently due to an investment spree in its digital subsidiary Jio Platforms over the last two months. The stock has rallied over 86 percent from its March low of Rs 867.82 to its 52-week high of Rs 1,647.85 that it hit Tuesday. However brokerages believe that the rally may still continue. RIL' digital arm, Jio Platforms, has received combined investment worth Rs 1.04 trillion from social media giant Facebook and a number of leading private equity firms, including Silver Lake Partners and KKR, over the past two months. And global brokerages remain bullish on RIL stock's prospects. More here
Share:

Among brokerages, Macquarie downgraded IGL post March quarter earnings, while CLSA and Morgan Stanley remained bullish on the stock. Here are the top brokerage calls for the day:Get latest Market…

The Indian market opened flat on Thursday as the recent rise in coronavirus cases and the India-China border tensions kept the investors cautious. At 9:18 am, the Sensex was down 21 points at 33,486 while the Nifty was up 5 points at 9,886. Gains in IT and pharma sectors were capped by losses in financials.