Here are key stocks that moved the most on March 8 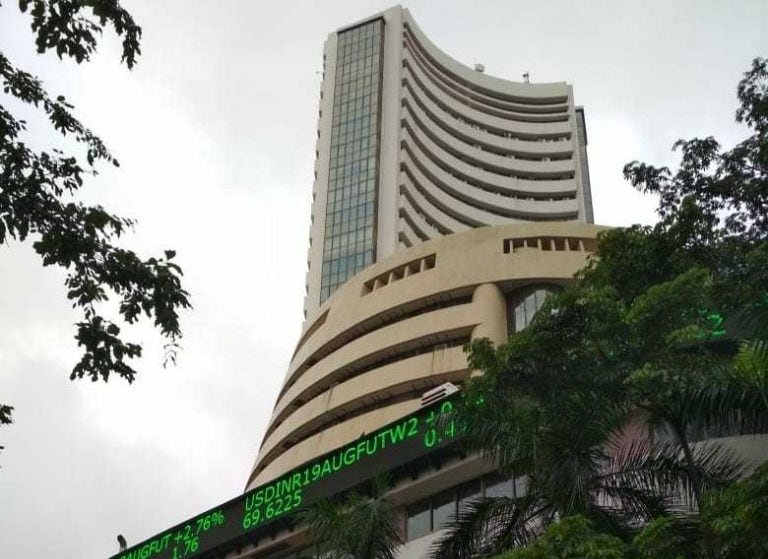 As expected, the markets have been trading sideways all day. We were not being able to get past 15,300 or break fiercely below 14,800. A trigger of either level will pave the way for the next rally up or down. Until then traders would be advised to tread cautiously with strict stops.

- Market Closes With Minor Gains, But Off Highs

Among sectors, gains were witnessed in PSU banks, metals and IT indices, while realty, financial services, FMCG and auto indices ended in the red. On the Nifty50 index, UPL, GAIL, L&T, ONGC and SBI Life were the top gainers while IndusInd Bank, Shree Cement, Bajaj Finance, UltraTech Cement, and Bajaj Auto led the losses.

Officials say @airindiain bid by a group of employees gets disqualified

Crude oil rises above $70/bbl; here's why Brent is on the boil 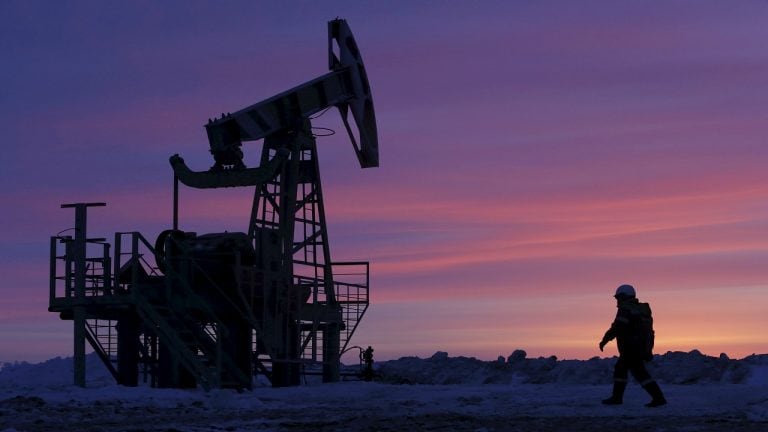 Crude oil prices have been rising sharply with the international Brent oil prices surging above USD 70 a barrel for the first time since the COVID-19 pandemic began. The US crude also touched its…

Buzzing | The share price of BEML surged over 15 percent on Monday to hit a 52-week high on media reports that at least 6 companies are looking to buy a stake in the defence equipment maker.

World shares dipped on Monday as the US Senate’s passage of a $1.9 trillion stimulus bill put fresh pressure on Treasuries and tech stocks with lofty valuations, raising inflation jitters. These concerns overshadowed the prospect that stimulus would give another boost to the world’s No.1 economy, likely helping global growth rebound faster from the COVID-19 downturn. Analysts expect a sharp acceleration in inflation, stoked in part by the latest spike in oil prices, which on Monday climbed above $70 for the first time since the pandemic began, Reuters reported.

Bad loans and credit costs are expected to rise at Indian banks as easy money policies to shore up a pandemic-battered economy may start to tighten, Fitch Ratings said on Monday. The coronavirus lockdowns last year slammed an already struggling financial sector, but recent quarterly reports have shown an improvement in profits and asset quality, said a Reuters report.

Noting that the recent improvement masked underlying pandemic stress, Fitch said banks would increasingly feel the pinch from the continued impact on small businesses and rising unemployment. "Fitch believes that the disproportionate shock to India's informal economy and small businesses, coupled with high unemployment and declining private consumption, have yet to fully manifest on bank balance sheets," the rating agency said in a note.

Currently, no global tenders for government procurement up to Rs 200 cr. pic.twitter.com/8NOS52NmPA

Shares of Just Dial zoomed over 9 percent in trade on Monday after the local search engine company signed an advertising agreement with Star India for the Indian Premier League (IPL). The sentiment also buoyed on reports that Tata Digital has held exploratory talks with Just Dial to strike a strategic alliance or pick up a stake in the firm. Read more.

The Overall Business Index value in India has touched a record 74.2, the highest in the last decade and 15 points above last year’s 59, revealed the Federation of Indian Chambers of Commerce & Industry (FICCI)'s Business Confidence Survey for the third quarter.

The survey collected responses from a wide array of business sectors and was carried out in January-February this year. It sheds light on respondents' expectations for the next six months. The companies are optimistic and buoyed about regaining some control over price, with 66 per cent of the respondents in the survey saying they were expecting better prospects for their sales in the time to come. Besides, about 27 per cent also expected an increase in the selling price of their products over the next six months. Read here.

Momentumisers: IRCTC stock price surges over 10% in March so far; Here’s why 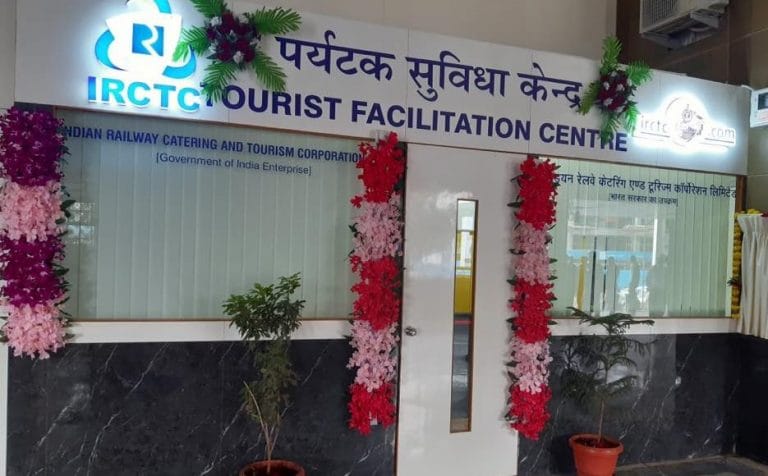 Indian Railway Catering and Tourism Corporation (IRCTC) stock price has rallied over 10 percent in the month of March so far on the back of numerous reasons. The shares have gained more than 22…

The initial public offering (IPO) of Easy Trip Planners was subscribed 1.09 times within few hours of opening today. Retail investors bid the most, with their portion subscribed 5.97 times. Meanwhile, the portion set aside for non-institutional investors (NII) was subscribed 3 percent, however, the qualified institutional buyers (QIB) and employees have not started putting in bids for the issue.

Vivimed Labs gets approval from Uzbekistan govt for two products

Vivimed has also received approval for Orzole combi, which is used to treat gastrointestinal infections such as acute diarrhoea or dysentery, gynaecological, lung and urinary infections, it added.

SBI Cards & Payment Services | The company will consider raising funds via issuance of Non-Convertible Debentures (NCDs), aggregating to Rs 2,000 crore on  March 12 in one or more tranches over a period of time. 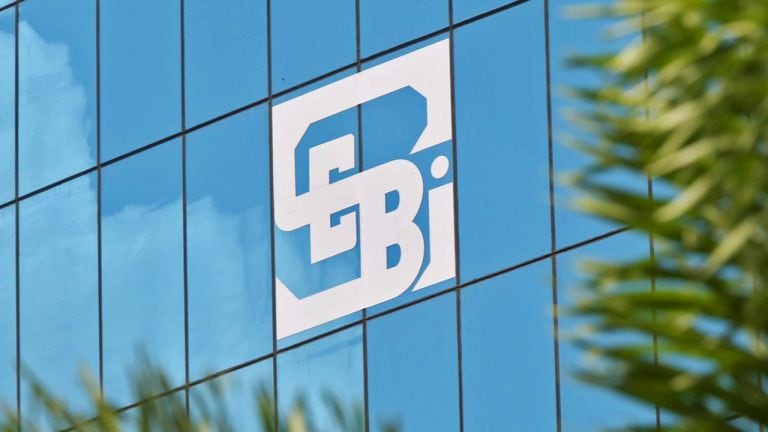 Removing curbs in the block deal window may not eliminate front running altogether but it will certainly mean shutting one door on the crooks. Get latest Market online at cnbctv18.com

Heranba came out with an IPO at an issue price of Rs 627 per share. At current levels of Rs 778 the stock is trading at a P/E multiple of 31.1xFY20 EPS of Rs. 25 which is at a premium to peers like Rallis India. We would therefore recommend investors to book profits in the stock at current level.

We like Easy Trip Planners (ETPL) given its lean business model, differentiated offering and strong customer connect. However, the travel industry which was significantly impacted due to Covid-19, is likely to take much longer time to revive; though recovery is visible and vaccination drive would further propel it.

The issue is valued at 49.9x FY21E P/E on an annualized basis. Being the first in the segment to get listed in India, ETPL could generate high investor interest. Thus we recommend Subscribe to the IPO.

Just In | Karnataka reduces stamp duty for apartments valued between Rs 35-45 lakh from 5 percent to 3 percent.

#CNBCTV18Exclusive | Transport Ministry (@MORTHIndia) holds consultations with industry stakeholders in relation to Scrappage Policy. Take a look at incentives & disincentives that are being planned with the launch of the policy: Sources to @Parikshitl pic.twitter.com/n9HdSad5ls

Adani Green | AWEKTL, a subsidiary of Adani Green Energy Ltd has commissioned a 100 MW Wind Power Plant in Kutch (Gujarat) 5 months ahead of its schedule. The plant has Power Purchase Agreement with the Solar Energy Corporation of India (SECI).

CONCOR expects expressions of interest to come anytime soon. Company sees FY21 to end with a flat volume while FY22 to be good for the company pic.twitter.com/XV8QLeMOaA