Indian indices ended at record close on Thursday led by gains in heavyweights HDFC twins, TCS and Reliance Industries. The sentiment was further lifted tracking broader Asian markets, which perched near record highs on optimism over a US stimulus package and the Federal Reserve’s promise to keep interest rates low. The Sensex ended 224 points higher at its new closing high of 46,890 while Nifty rose 58 points to settle at its record close of 13,741. In intra-day deals, Sensex rose as much as 326 points to its all-time high of 46,992 while the Nifty hit its record high of 13,773, up 90 points.

However, broader markets underperfoemd benchmarks with the midcap indec down 0.3 percent and smallcap index up 0.1 percent. On the Nifty50 index, Divi's Labs, HDFC, Bajaj Finnace, HDFC Bank and IndusInd Bank were the top gainers while Hindalco, Coal India, Maruti, Adani Ports, and Tata Steel led the losses. Among sectors, the Nifty Bank and Nifty Fin Services rose 0.5 percent and 1.2 percent, respectively while the pharma index was also up 0.4 percent. However, Nifty Metal lost over 1.3 percent and Nifty FMCG and Nifty IT were also in the red for the day.

IndusInd Bank stock is in focus as the promoters have sought another extension for its promoters to infuse residual capital in lieu of conversion of warrants, issued to them last year, worth over Rs 2,695 crore into equity. IndusInd has paid about Rs 674 crore for 25 percent of the warrants that they subscribed. Therefore, the balance 75 percent needs to be paid at a conversion price of about Rs 1,709 per share. IndusInd Bank had issued convertible warrants to its promoters IndusInd International Holdings ltd (IIHL) and its subsidiary IndusInd Ltd (IL) on July 6, 2019, under the composite scheme of arrangement for a total amount of Rs 2,695.26 crore for 1,57,70,985 share warrants.

Oil climbed to a nine-month high on Thursday after government data showed a fall in U.S. crude stockpiles last week, while progress towards a U.S. fiscal stimulus deal and strong Asian demand also buoyed prices. The U.S. dollar also set a 2-1/2-year low against major rivals on Thursday. Oil prices generally rise when the dollar falls because crude priced in the greenback becomes cheaper for buyers holding other currencies. Brent crude futures rose 72 cents, or 1.4 percent, to $51.80 a barrel at 0744 GMT, while U.S. West Texas Intermediate (WTI) crude futures rose by 71 cents, or 1.5 percent, to $48.53 a barrel. Both benchmarks hit their highest since early March.

Stock Update: Burger King's shares turned upside-down after it slipped 10 percent to Rs 175 per share on the NSE, due to profit-booking. The shares in the morning trade hit an upper circuit of 10 percent. However, it climbed about 265 percent from the issue price including today's rally.

"We recommend booking profit in IRCTC OFS. Retail investors get shares at a cut-off price or bid price whichever is higher on Wednesday in their Demat account. Total OFS size was 20 percent of paid-up share capital with a cut-off price of Rs 1,377.55. After the OFS, promoter holding is at 67.4 percent and public holding at 32.6 percent. After the OFS, free float in the stock has increased significantly as 20 percent of paid-up share capital has been offloaded in the market. We recommend short-term investors to book a profit of 4.5 percent at the current market price of Rs 1,433 and long-term investors can hold the stock as we remain positive on the long-term prospects of the company, given the monopolistic nature of the business and strong growth expected post FY2021." The year 2020 has been a volatile one with the markets swinging between multi-year lows and record highs. The growth in 2020 also contracted to over 20 percent in the first quarter but later recovered…

Retail investors who did not receive the allotment in Burger King's IPO or didn't even subscribe to the newly listed company have missed one of the greatest investment opportunities this year. The stock is again locked in an upper circuit, of 10 percent today at Rs 213.80 per share on the NSE. The stock has climbed about 265 percent from the issue price including today's rally. The company has witnessed a dream run at the exchanges with a spectacular response from the Street. The stock's listing performance has been the best one witnessed by any company since 2017. Moreover, it has quadrupled investors' money at a time where the economy is still recovering from the distress that occurred by COVID-19 this year. More here

The US dollar fell to two-year lows on Thursday as the hope of a fiscal stimulus grows in the Unites States. Crude prices also, in turn, are at their highest since March. “We do think dollar will continue to depreciate,” said Mitul Kotecha, Senior Emerging Markets Strategist, TD Securities in an interview with CNBC-TV18. He believes dollar has been under severe pressure in the last several months. “It will fall below 90. We do think in the near-term there is a risk of a dollar bounce possibly into the first quarter. The sentiment is already very weak, the consensus is very negative,” he said. More here

Fitch Ratings has revised their outlook on Motherson Sumi to stable from negative. According to Fitch, there is a stronger profitability relative to what they were expecting earlier. Effective execution of cost cutting, turnaround of new plants after large losses in FY20, stronger H1 to support the higher than expected FY21 profitability are also some of the reasons for the revision in outlook. In the special segment ‘What’s Afoot’, CNBC-TV18’s Sonia Shenoy gets more details 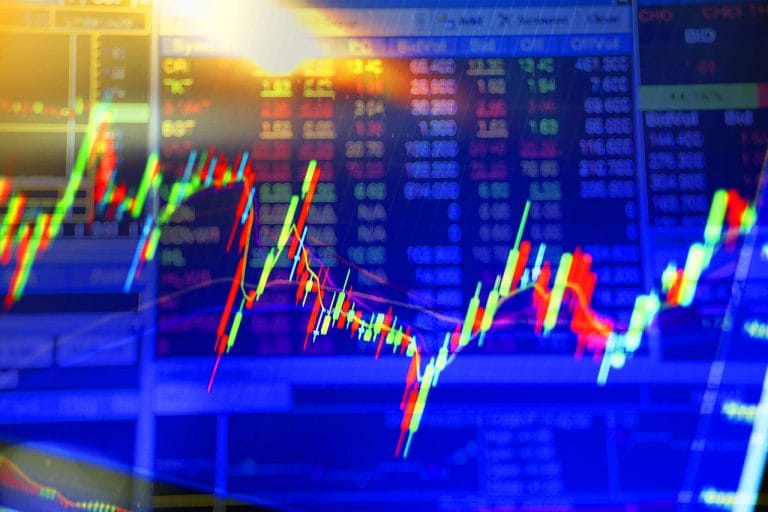 IDBI Bank and Punjab National Bank (PNB) are in focus after their QIPs see a weak demand.Get latest Finance online at cnbctv18.com

The Rs 540.54 crore-IPO of Mrs. Bectors Food Specialties Ltd has received a robust response from investors as the issue was subscribed 17.3 times so far on December 17, the last day of bidding. The issue of the bread and biscuit maker received bids for 22.89 crore equity shares against an offer size of more than 1.32 crore equity shares (excluding anchor book), data available on the exchanges showed. The portion set aside for retail investors and employees was subscribed 20.7 times and 40.5 times, respectively, while that of non-institutional investors saw 22.2 times subscription. The portion reserved for Qualified institutional buyers witnessed 7.4 times subscription. More here

Sugar shares gained over 2 percent in early trade on Thursday after the Union government approved a subsidy of Rs 3,500 crore to sugar mills for the export of 60 lakh tonnes of the sweetener during the ongoing marketing year 2020-21. The stocks of Dhampur Sugar Mills, Balrampur Chini Mills, Bajaj Hindusthan Sugar, Eid-Parry (India), Sakthi Sugars, Shree Renuka Sugars, among others traded over 2 percent higher on the BSE. Union Minister Prakash Javadekar said during a media briefing on Wednesday, “Cabinet has taken the decision to help farmers directly by depositing money of subsidy into their accounts. The subsidy will be given on 60 lakh tonnes of sugar exports at the rate of Rs 6,000 per tonne.” More here
Share:

Gold prices in India traded higher on the Multi Commodity Exchange (MCX) Thursday following gains in international spot prices after the US Federal Reserve kept interest rates near zero and progress over a US fiscal stimulus. A weaker US dollar index also supported precious metal prices. At 11:20 am, gold futures for February delivery rose 0.46 percent to Rs 49,825 per 10 grams as against the previous close of Rs 49,597 and opening price of Rs 49,720 on the MCX. Silver futures traded 1.39 percent higher at Rs 66,830 per kg. The prices opened at Rs 66,670 as compared to the previous close of Rs 65,911 per kg.
Share:

Graphite India, HEG jump over 6% after Jefferies raises target price for both stocks

Shares of graphite electrode firms Graphite India and HEG jumped over 6 percent each after global brokerage house Jefferies raised the target price for both the firms while maintaining a 'buy' stance on the stocks. Jefferies increased HEG's target price to Rs 1,400 from Rs 868.40 while the target of Graphite India has been raised to Rs 340 per share from Rs 290 earlier. In the report, Jefferies noted that there is a high correlation with steel demand for graphite electrodes and the steel demand and price have improved significantly on a QoQ basis. This has also led to Indian metal stocks entering an upward cycle after two weak years, stated the brokerage. Jefferies also raised FY22-23 EPS for Graphite India and HEG by 16-40 percent and added that despite a 25-60 percent rally in just one month, the valuations of both firms remain undemanding.

Germany will roll out the Pfizer-BioNTech vaccine against COVID-19 on Dec. 27, with priority given to the elderly in care homes, Berlin city government said on Wednesday. The announcement came as Germany registered its highest daily death toll from COVID-19 and as it entered a strict lockdown in an attempt to bring down soaring infections. As a member of the European Union Germany must wait for the European Medicines Agency (EMA) to approve the vaccine. It is expected to make an announcement on Dec. 21. A senior EU official said on Wednesday the bloc could give its final approval for the Pfizer-BioNTech vaccine on Dec. 23. More here

Tata Motors | Tata Motors and Marcopolo S.A. have entered into a share purchase agreement where the company will purchase the balance 49 percent shareholding in Tata Marcopolo Motors Limited (TMML) for a cash consideration of Rs 99.96 crore. Post the purchase, TMML will become a wholly owned subsidiary of the company.

Technical View | We are at a very important juncture-13,700. This is the upper end of the resistance patch. Either we make a U-turn from here and correct a little or we take off and achieve newer highs of 14,000-14,200. We need to see how the markets close today. 13,450-13,500 is good support for the Nifty, says Manish Hathiramani, Proprietary Index Trader and Technical Analyst, Deen Dayal Investments.

Consumer durable companies have seen big gains in the past few months. Renu Baid of IIFL Institutional Equities believes that most of these companies will see growth CAGR of 15-20 percent. According to Baid, Dixon Technologies should be deliver 38 percent CAGR in the next 5 years. “Dixon is a company where I would highlight in terms of topline growth, they should be able to deliver almost 38 percent CAGR in the next 5 years. This is largely driven by the mobile phone PLI incentive scheme the government has announced,” she said in an interview to CNBC-TV18. More here

Among brokerages, Morgan Stanley is equal-weight on IndusInd Bank while CLSA raises the target price for Powergrid. Meanwhile, Jefferies maintains HPCL and BPCL as top picks in the OMC space. Here are…

On food consumption space Burger King was clearly a buy from an IPO perspective but don’t think many bought allotment. I continue to be positive on this entire food consumption space. I think Mrs Bector Food will also do well considering the market share gains they are making in the bakery segment especially in North. Top picks in this – I like Jubilant Foods, although the valuations are a little stretched, would be happy buying it a little lower. On textiles I am not very optimistic. These news-driven flows are typically more like buy-on-rumour and sell-on-actual-event-playing-out. I have fundamental issues in terms of having them. You can be tactical with them but may not be on a long-term basis have them in the portfolio.
Share:

Indian indices opened at record highs but pared gains to turn flat dragged by losses in IT and FMCG stocks. However, the global sentiment remained positive after US Fed mainatined benchmark interest rates near zero. At 9:18 am, the Sensex was up 12 points at 46,679 while the Nifty rose 10 points to 12,692.

U.S. Federal Reserve Chairman Jerome Powell vowed on Wednesday to keep pouring cash in to markets until the U.S. economic recovery is secure, while maintaining benchmark interest rates near zero. In intra-day, Sensex rose as much as 107 points to its new high of 46,774 while the Nifty gained 31 points to its all-time high of 13,713.

Back home, on the Nifty50 index, ONGC, Shree Cement, Powergrid, Divi's Labs and Hindalco were the top gainers while HUL, Nestle, Titan, Tech Mahindra and Adani Ports led the losses.