Sensex and Nifty50 build on opening gains led by financial, IT and FMCG shares — rupee edges higher from record low

Sensex and Nifty50 build on opening gains led by financial, IT and FMCG shares — rupee edges higher from record low The Sensex and the Nifty50 rose as much as one percent after a positive start on Tuesday, in a rebound from two-month closing lows hit the previous day. Investors awaited the outcome of a key meeting of the RBI's rate-setting panel later this week for cues.

Indian equity benchmarks held on to opening gains amid choppy trade on Tuesday, amid mixed moves across global markets as investors digested the Fed's 75-bps hike in the key rates last week but concerns persisted over slowing economic growth. Gains in financial, IT, FMCG and oil & gas shares pushed the headline indices higher, though losses in auto and metal stocks played spoilsport.

Investors awaited the outcome of a key meeting of the RBI's rate-setting panel this week.
Headline indices rose as much as around one percent each in the first few minutes of trade. The Sensex climbed up to as high as 57,704.6, adding 559.4 points to its previous close during the session so far, and the Nifty50 gained as much as 160.2 points to to 17,176.5. Both had hit two-month closing lows the previous day.
Barring Adani Ports, which declined 0.3 percent at the open, all of the Nifty50's constituents began the day in the green.
PowerGrid, Tata Motors, Tata Steel, IndusInd, Apollo Hospitals, Infosys, Bajaj Finance, Eicher, ONGC and ITC — rising between 0.7 percent and 2.5 percent — were the top gainers in the 50-scrip universe.
ICICI Bank, Infosys, ITC and Hindustan Unilever were the top boosts for both main indices. 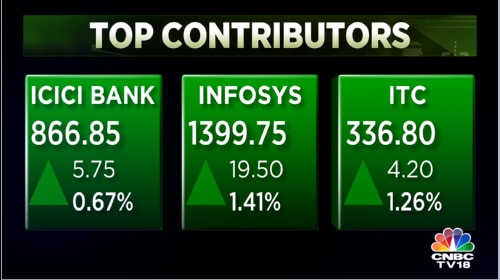 All spaces on Dalal Street began the day in the green, though auto and metal shares succumbed to selling pressure later. "The dominant dynamic roiling equity and currency markets globally is the combination of a relentless rise in the dollar and a sustained rise in US bond yields. As long as this trend continues, equity markets will be under pressure," said VK Vijayakumar, Chief Investment Strategist at Geojit Financial Services.
The rupee inched higher against the US dollar, having scaled a series of record lows in the past few days. 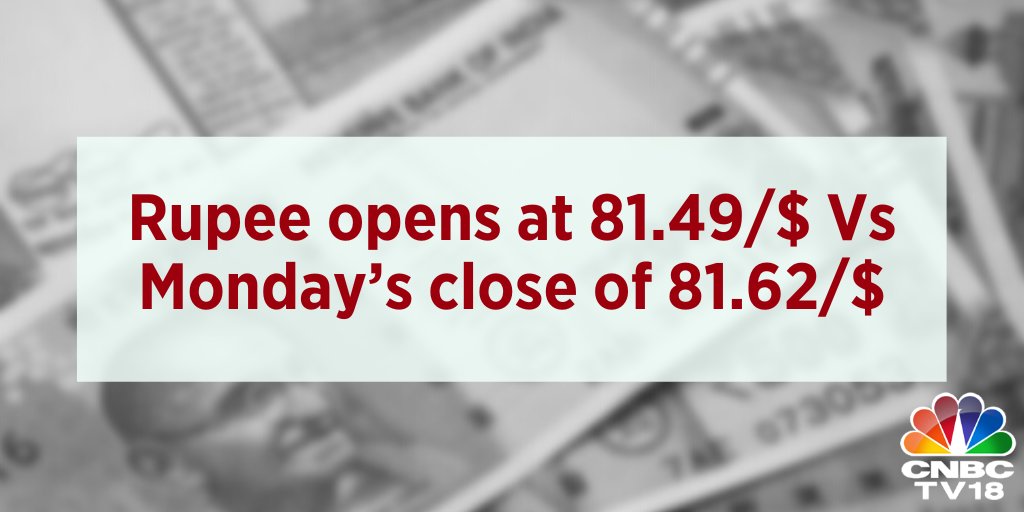 Crude oil prices eased amid fears that a global recession might damage demand. Benchmark Brent crude futures slid below $85 a barrel. India meets the lion's share of its demand for oil through imports.
"Except for falling crude oil prices, there are no positive triggers for the equity market. This is not the time to aggressively buy the dip but there is scope for selective buying in the broader market," he said.
Overall market breadth was in favour of the bulls in early deals, as 1,870 stocks rose and 1,072 fell on BSE.

Harsha Engineers shares rose as much as 6.7 percent to Rs 518.3 apiece on BSE — a premium of more than 57 percent from the upper end of the company's IPO issue price range, as the stock entered a second day in the listed universe after a strong debut.
Global markets
Equities in other Asian markets were a mixed bag, with MSCI's broadest index of Asia Pacific shares outside Japan trading 0.2 percent lower at the last count.
Japan's Nikkei 225 was up 0.8 percent, China's Shanghai Composite flat and Hong Kong's Hang Seng down one percent.
S&P 500 futures were up 0.7 percent. On Monday, the three main Wall Street indices fell 0.6-1.1 percent with the Dow Jones confirming a bear market, as investors fretted that the Fed's aggressive battle against inflation could throw the US economy into a sharp downturn.
Catch latest market updates with CNBCTV18.com's blog
Check out our in-depth Market Coverage, Business News & get real-time Stock Market Updates on CNBC-TV18. Also, Watch our channels CNBC-TV18, CNBC Awaaz and CNBC Bajar Live on-the-go!