The Sensex and the Nifty50 halted a seven-day losing streak amid buying across sectors, after the RBI announced a rate hike of 50 bps as widely expected.

Analysts said the absence of surprises in the policy boosted the appetite for risk on Dalal Street, after heavy selling in the past few sessions fuelled by negative global cues.
The Sensex touched 57,722.6 at the strongest level of the day, soaring 1,575.4 points from the lowest point of the day before retaining two thirds of those gains by the end of the session. The 30-scrip gauge had lost 3,309.8 points — or 5.5 percent of its value — in the past seven days.
The Nifty50 climbed to as high as 17,187.1 during the session before settling at 17,094.4 for the day, up 1.6 percent from its previous close.
A total of 41 stocks in the Nifty50 basket closed higher. Hindalco, Bharti Airtel, IndusInd and the Bajaj twins were the top gainers. 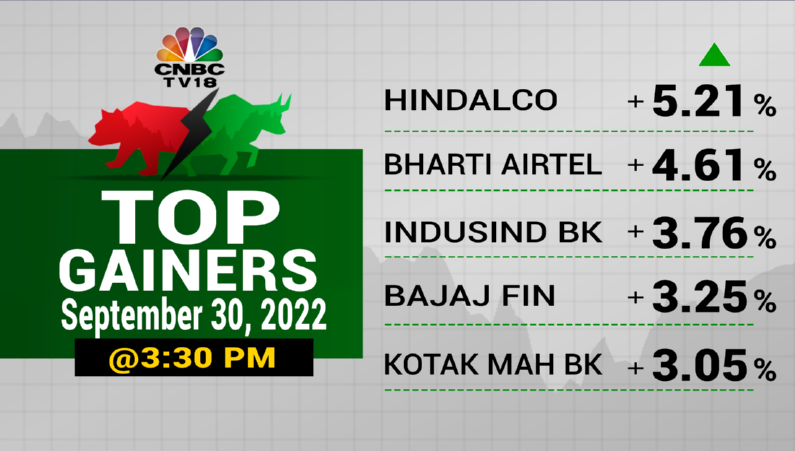 Kotak Mahindra Bank, Titan, HDFC Bank, Tata Steel and ICICI Bank — rising almost three percent each — were also among the blue-chip stocks that rose the most.

On the other hand, Adani Enterprises was the top laggard, as the stock entered the 50-scrip basket. Dr Reddy's, Cipla, Coal India, Apollo Hospitals,, Britannia, Asian Paints and ITC — declining between 0.3 percent and 0.8 percent — were the top Nifty laggards. 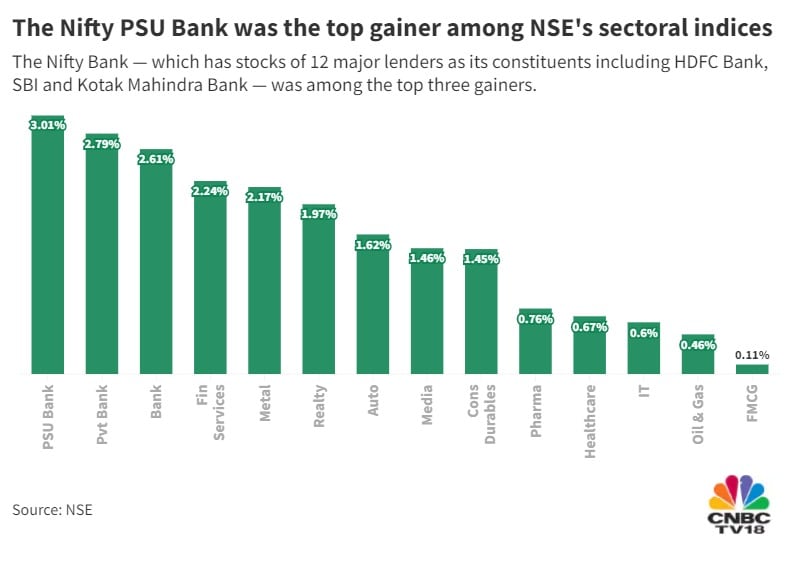 "An in-line rate hike along with the RBI’s confidence in economic growth momentum aided the domestic market to put an end to its seven-day losing streak... Although the commentary warned of prevailing risks to the domestic economy from the global economy, the MPC refrained from sounding very hawkish," said Vinod Nair, Head of Research at Geojit Financial Services.
Economists in a CNBC-TV18 poll had predicted the September 30 hike to be of 50 basis points.
The rupee leaped by 49 paise or 0.6 percent to finish at 81.34 against the US dollar — its biggest gain in a month. 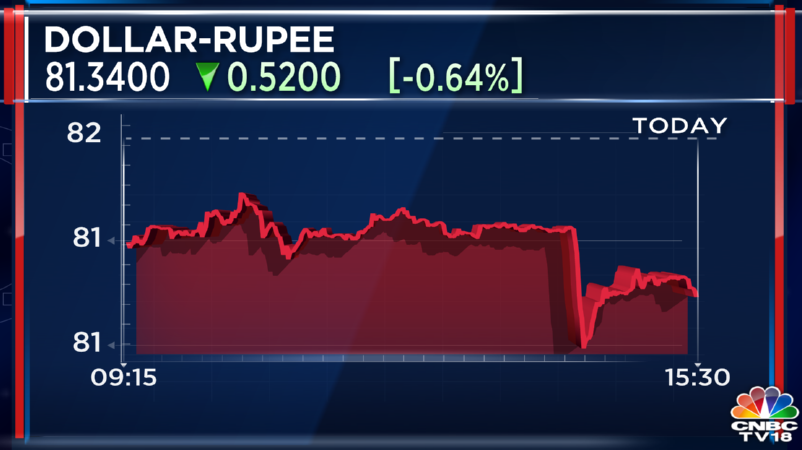 "The market doesn’t expect significant hikes going forward. If the rupee sees pressure, the RBI may have to react, which could impact it to some extent," Roopali Prabhu, CIO and Co-Head Products and Solutions at Sanctum Wealth, told CNBCTV18.com.
Overall market breadth was in favour of the bulls, as 2,335 stocks rose and 1,107 fell on BSE.