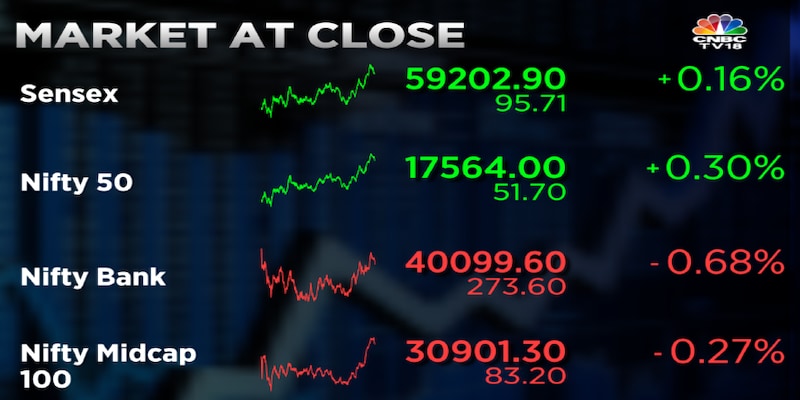 The Sensex and the Nifty50 managed to close higher for the fifth trading day in a row, boosted by a rebound in IT, FMCG and metal shares. Globally, the bulls remained on the back foot amid concerns about the impact of sharp interest rate hikes on economic growth.

Indian equity benchmarks finished a volatile session in the green on Thursday, extending a rising spree to the fifth day in a row, aided by a fag-end recovery in IT, FMCG and metal shares though weakness in financial stocks capped the upside. Investors awaited more of corporate earnings from India Inc for cues.

Globally, nervousness persisted among investors amid fears that aggressive hikes in pandemic-era interest rates may hamper growth amid warnings of a recession.
The Sensex gyrated within a more than 450-point range around the flatline during the session before settling at 59,202.9 for the day, up 411.6 points from the weakest level of the day. With Thursday's rise, the 30-scrip index added a total of 1,967.6 points in five back-to-back sessions.
The Nifty swung broadly within the 17,400-17,600 band before closing at 17,564.
A total of 35 stocks in the Nifty50 basket finished stronger for the day. UPL, Adani Enterprises, Bharat Petroleum, HCL Tech, NTPC, Tech Mahindra, Adani Ports, PowerGrid, Nestle and Bajaj Finserv — rising between 1.7 percent and 5.3 percent — were the top gainers.
Infosys, TCS, ITC, HCL Tech and Bharti Airtel were the biggest contributors to the rise in both main indices.
On the other hand, IndusInd, Asian Paints, Apollo Hospitals, UltraTech, Axis Bank, HDFC Bank and Titan — declining between 0.4 percent and five percent — were the top laggards. 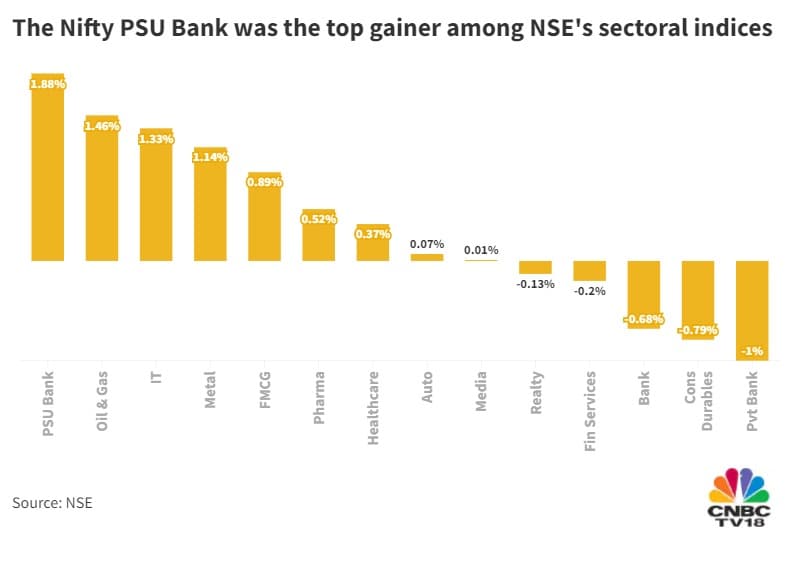 "Investors the world over expect the Fed to stay aggressive, raising interest rates by 75 basis points each in the next two policy sessions. The strong domestic market, on the other hand, regained its losses as the RBI is expected to be less aggressive with domestic inflation thought to have peaked," said Vinod Nair, Head of Research at Geojit Financial Services.
"FPI inflows are anticipated to remain volatile in the short-term due to elevated US yields," he said. 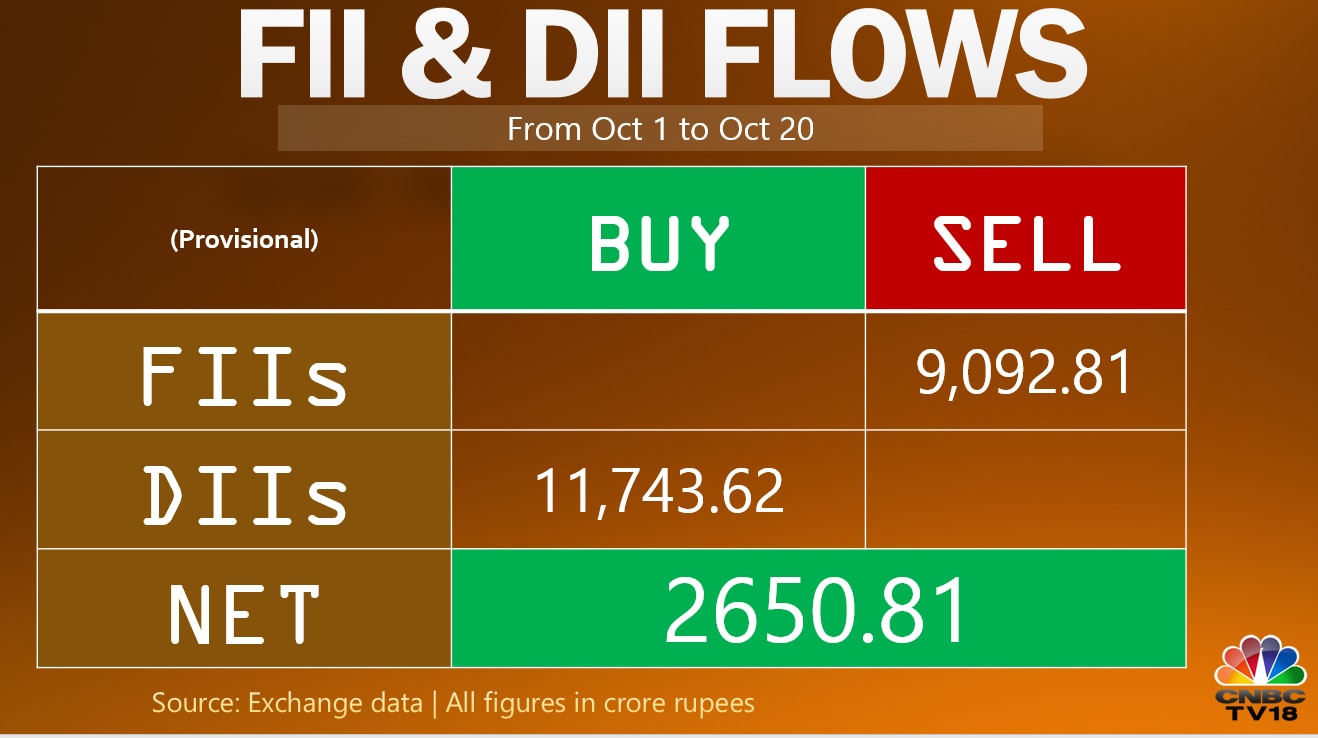 ITC shares rose ahead of the cigarette-to-hotel conglomerate's earnings due later in the day. Analysts in a CNBC-TV18 poll expect ITC to clock revenue growth of nearly 30 percent for the July-September period.
IndusInd Bank succumbed to selling pressure, a day after the private sector lender reported its financial results for the July-September period. 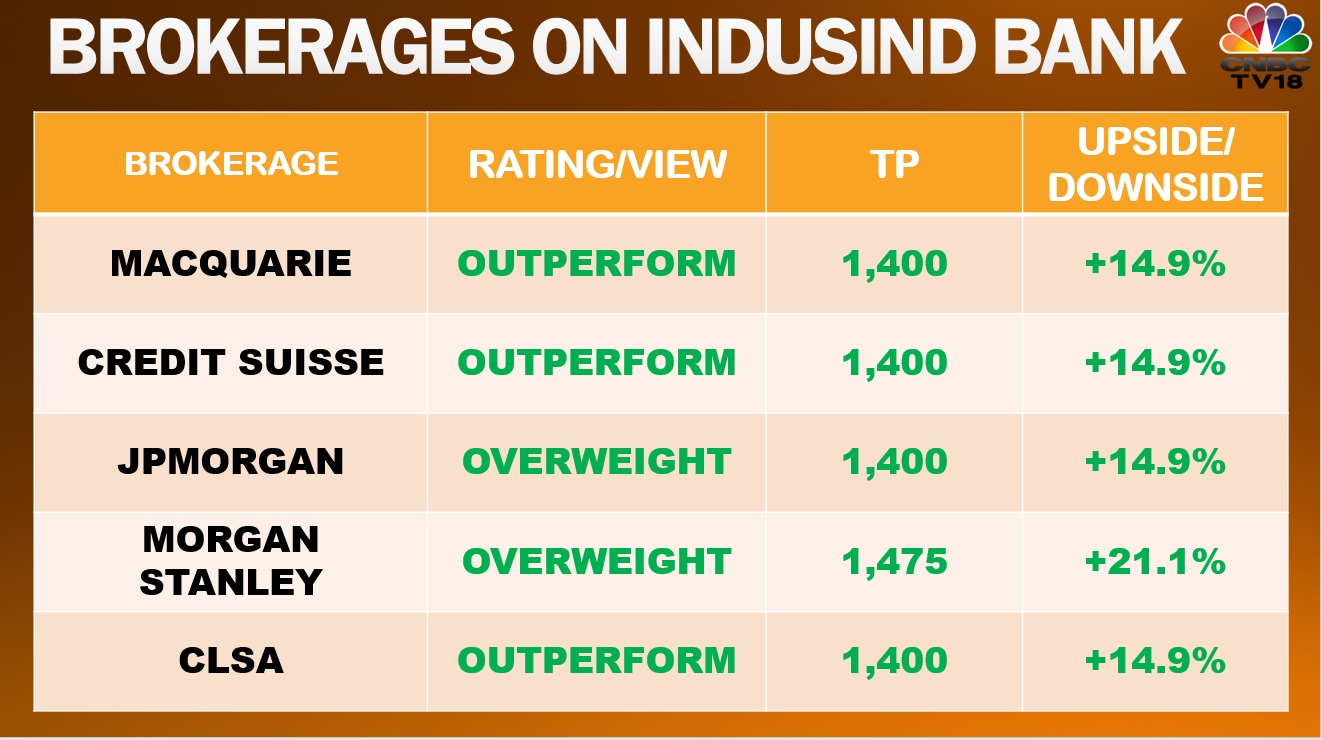 Tracxn Technologies shares finished their first day in the secondary market at a premium of around 17-18 percent over the issue price.
Overall market breadth was skewed in favour of the bears, as 1,567 stocks rose and 1,866 fell on BSE.

The rupee bounced back to settle at 82.77 against the US dollar, in a dramatic recovery after hitting a record low of 83.28 during the session. 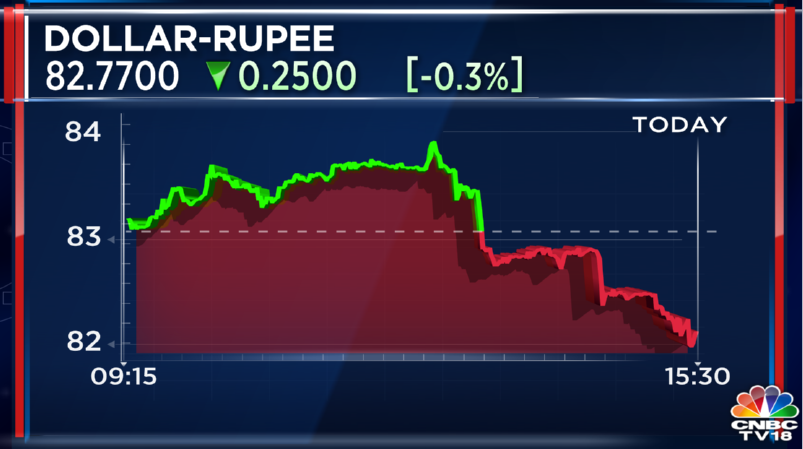