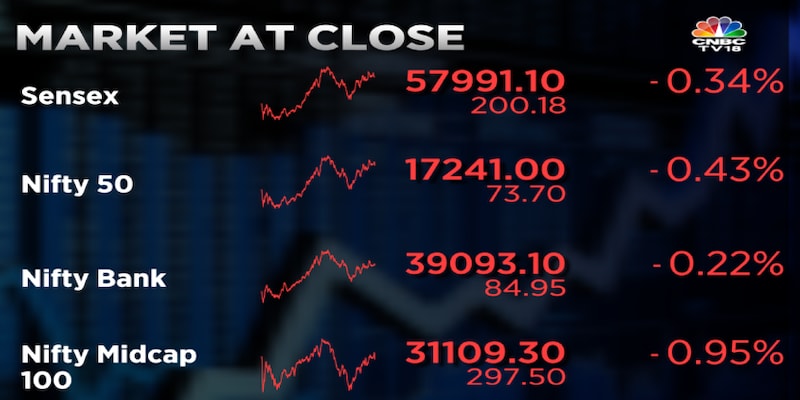 The Sensex and the Nifty50 recovered much of their intraday losses in a volatile session on Monday. TCS shares led a recover in the market ahead of the IT major's financial results due later in the day.

Indian equity benchmarks recovered most of their intraday losses in a volatile session following a gap-down start on Monday, led by a rebound in IT shares as investors awaited Tata Consultancy Services (TCS) to kick off the corporate earnings season later in the day. Globally, investors remained on the back foot amid fears steep hikes in interest rates will hamper economic growth.

Both headline indices tumbled around 1.5 percent during the session before recovering about three-fourth of those losses. The Sensex shed 825.6 points to hit 57,365.7 at the weakest level of the day. The Nifty50 broadly moved within a 17,050-17,300 range before settling at 17,241.
A total of 35 stocks in the Nifty50 basket finished lower. Tata Motors, Tata Consumer Products, Hero MotoCorp, Asian Paints and ITC were the top laggards. 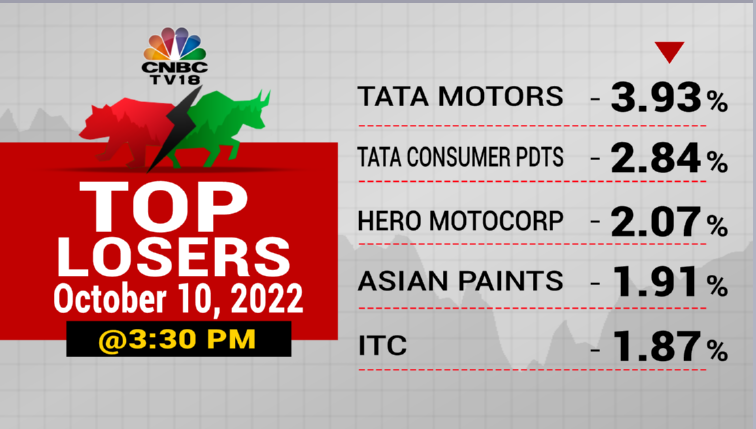 Titan, Grasim, Divi's, HDFC and Apollo Hospitals — declining around 1-2 percent for the day — were some of the other blue-chip stocks that fell the most.
On the other hand, Axis Bank, TCS, HDFC Life, Wipro, Eicher Motors, Infosys, Maruti Suzuki, Tech Mahindra and Britannia — rising between 0.7 percent and three percent — were the top gainers.
TCS, Infosys, Axis Bank and Maruti Suzuki were the top contributors to the bounceback in both main indices. "The fear of an aggressive rate hike by the Fed, on the back of strong employment data in the US, disrupted the global equity trend. Inflation in the US is forecast to stay high given the low supply and high demand scenario... The Fed will have to target to lower demand by increasing the unemployment rate," said Vinod Nair, Head of Research at Geojit Financial Services.
"Rising crude prices and a depreciating rupee are increasing the risk of imported inflation in India, affecting the domestic market," he added.
TCS shares closed 1.9 percent higher at Rs 3,124 apiece on NSE. 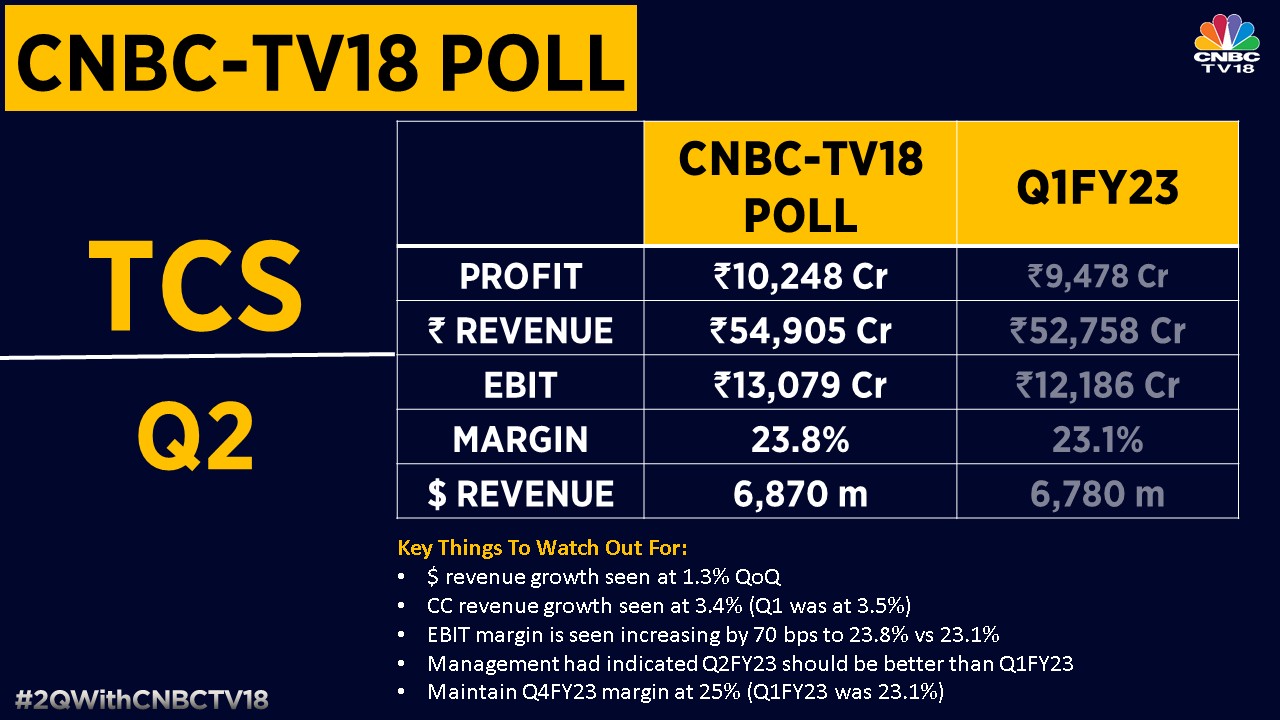 The rupee ended flat at 82.32 against the US dollar, having hit a lifetime low of 82.64 during the session.

Overall market breadth remained in favour of the bears throughout the day, as 1,437 stocks rose and 2,127 fell on BSE at the close.

Global markets
European markets hit a one-week low amid escalating tensions between Ukraine and Russia, and central banks' resolve to bring inflation under control at all costs. The pan-European Stoxx 600 index fell as much as 0.9 percent in early hours.
S&P 500 futures were down 0.3 percent.
Check out our in-depth Market Coverage, Business News & get real-time Stock Market Updates on CNBC-TV18. Also, Watch our channels CNBC-TV18, CNBC Awaaz and CNBC Bajar Live on-the-go!