The Sensex and the Nifty50 extended losses after a gap-down start on Monday, as investors globally remained concerned about the impact of steep rate hikes on economic growth. Investors awaited TCS earnings due later in the day for domestic cues.

Indian equity benchmarks extended losses after a gap-down start on Monday amid weakness across global markets, as concerns persisted about the potential impact of steep rate hikes on economic growth. Investors awaited Tata Consultancy Services (TCS) to kick off the corporate earnings season later in the day for domestic cues.

Both headline indices fell as much as 1.4 percent in the first few minutes of trade. The Sensex lost 825.6 points to 57,365.7 at the weakest level of the day so far, and the Nifty50 slid to as low as 17,064.7, down 250 points from its previous close.
All of the Nifty50 constituents began the day in the red. Tata Motors, Cipla, Wipro, Asian Paints and Hindalco were the top laggards. 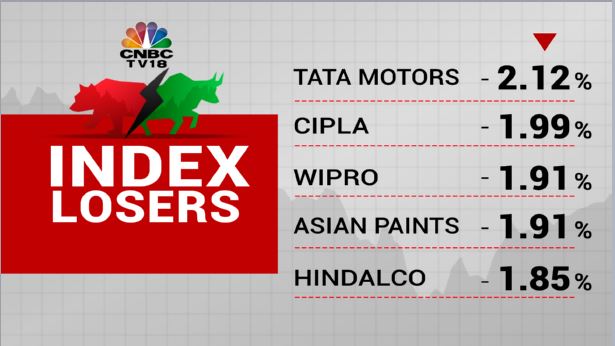 TCS, Infosys, IndusInd, HCL Tech, HDFC Bank, JSW Steel and Tech Mahindra, trading between 1.5 percent and 2.1 percent lower, were also among the blue-chip stocks that fell the most.
The HDFC twins, Reliance, ITC and Infosys were the biggest drags on both main indices.
Overall market breadth was sharply in favour of the bears, as 746 stocks rose and 1,860 fell in early deals.

"The paradoxical construct of good economic news turning out to be bad for the markets played out again last Friday in the US. A surprisingly low US unemployment rate implies the Fed will have to continue raising rates for longer than the markets had discounted... In the near term, equity markets will be in uncertain territory with a downward bias," said VK Vijayakumar, Chief Investment Strategist at Geojit Financial Services. 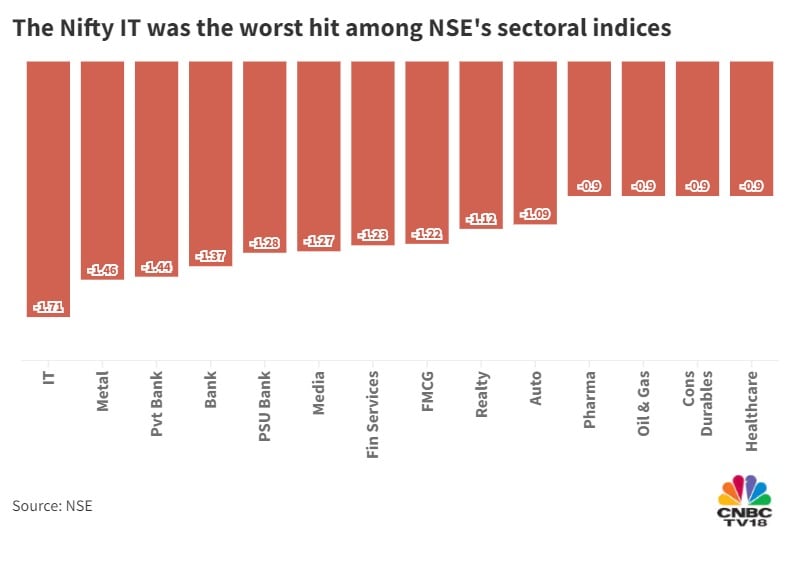 The India VIX — known in market parlance as the fear index — jumped as much as 8.1 percent to 20.3.
"Since the dollar index and US bond yields are rising again, foreign institutional investors may continue to sell. This will provide opportunities for long-term investors to buy high quality stocks, particularly in the financial space," Vijayakumar added.
FIIs took to selling of Indian shares on Friday, halting a three-day buying spree, according to provisional exchange data. 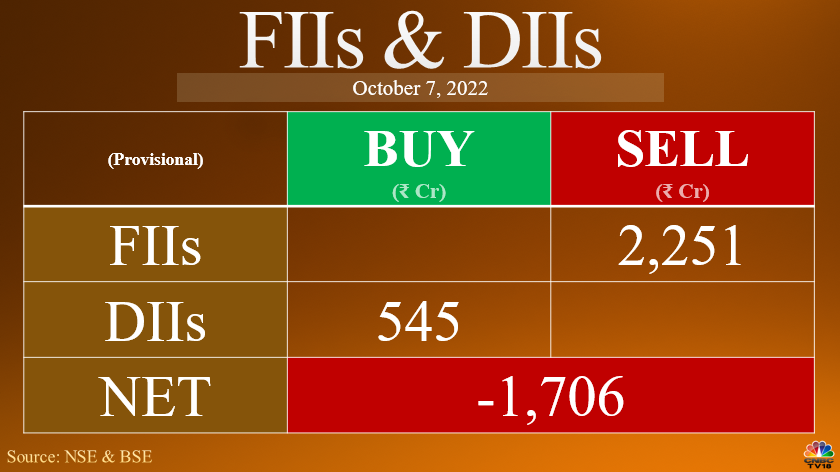 They have pulled out a net Rs 36.6 crore from Indian shares so far in October, though domestic institutional investors have made net purchases of Rs 1,024.1 crore, the data shows.
Global markets
Equities in other started the day largely weaker amid thin trade, mirroring a plunge on Wall Street last Friday as strong growth in US jobs strengthened the case for the Fed to keep raising interest rates aggressively to counter elevated levels of inflation. MSCI's broadest index of Asia Pacific shares outside Japan was down one percent at the last count.
China's Shanghai Composite was down 0.1 percent and Hong Kong's Hang Seng down 2.2 percent. The Japanese market was shut for a holiday.
S&P 500 futures were down 0.4 percent. On Friday, the three main US indices finished 2-4 percent lower.
Check out our in-depth Market Coverage, Business News & get real-time Stock Market Updates on CNBC-TV18. Also, Watch our channels CNBC-TV18, CNBC Awaaz and CNBC Bajar Live on-the-go!