The Sensex and the Nifty50 gained as much as 0.8 percent in the first few minutes of trade amid strong buying interest in financial and FMCG shares. SBI, ICICI Bank, Hindustan Unilever, Axis Bank and Infosys were the top boosts for both headline gauges.

Indian equity benchmarks continued to rise for a second back-to-back session on Monday powered by gains in financial and FMCG shares, amid strength across global markets amid optimism that major central banks may moderate the pace of COVID-era interest rates.

Both headline indices rose as much as three quarters of a percent in early deals. The Sensex climbed up 451.2 points to 61,401.5 at the strongest level of the day so far. The Nifty50 went up to as high as 18,255.5, adding 138.4 points to its previous close.
Nearly all of the Nifty50 constituents began the day in the green. Britannia, SBI, Tata Steel, Axis Bank, HDFC Bank, Bajaj Finserv, Tata Motors, Wipro, ICICI Bank and HDFC — rising between 0.5 percent and 3.3 percent — were the top gainers.
SBI, ICICI Bank, Hindustan Unilever, Axis Bank and Infosys were the top boosts for both main indices. 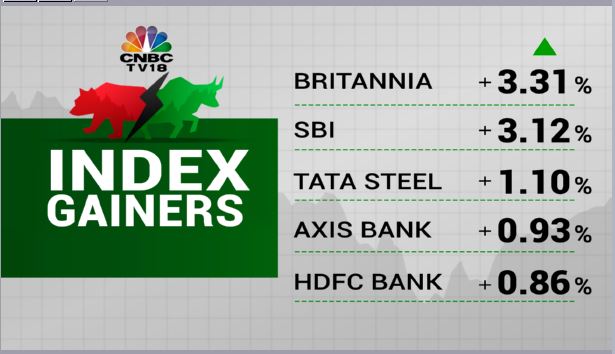 All sectors attracted buying interest, with financial stocks being in strong demand. 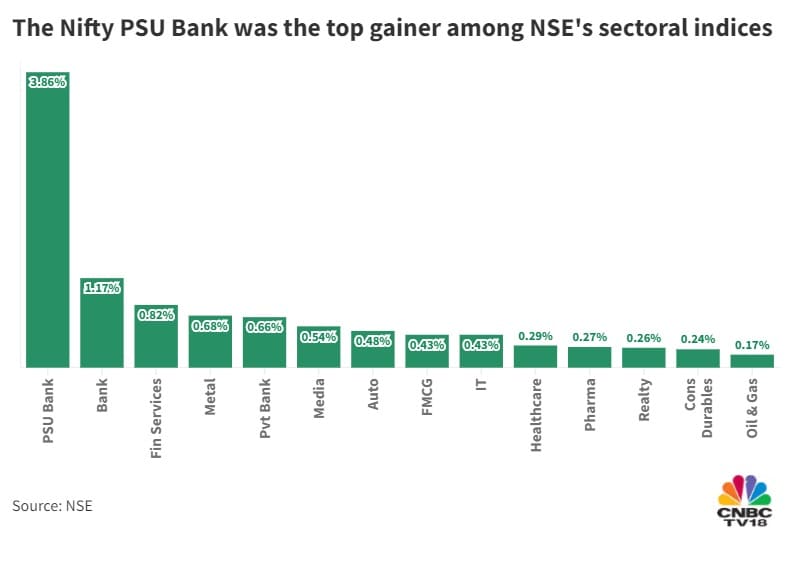 "Stellar quarterly numbers from major PSU banks SBI and Bank of Baroda reinforce the ongoing bullish story in banking space. Rising credit growth, and improving asset quality as well as margins bode well for the sector and this has the potential to take the Bank Nifty and the Nifty50 to new highs," said  VK Vijayakumar, Chief Investment Strategist at Geojit Financial Services.
"FIIs remaining net buyers of Indian shares for seven consecutive days is another big positive," he said.
SBI shares surged as much as 4.9 percent to a record high of Rs 622.9 apiece on BSE, after India's largest bank by assets staged a strong quarterly show. 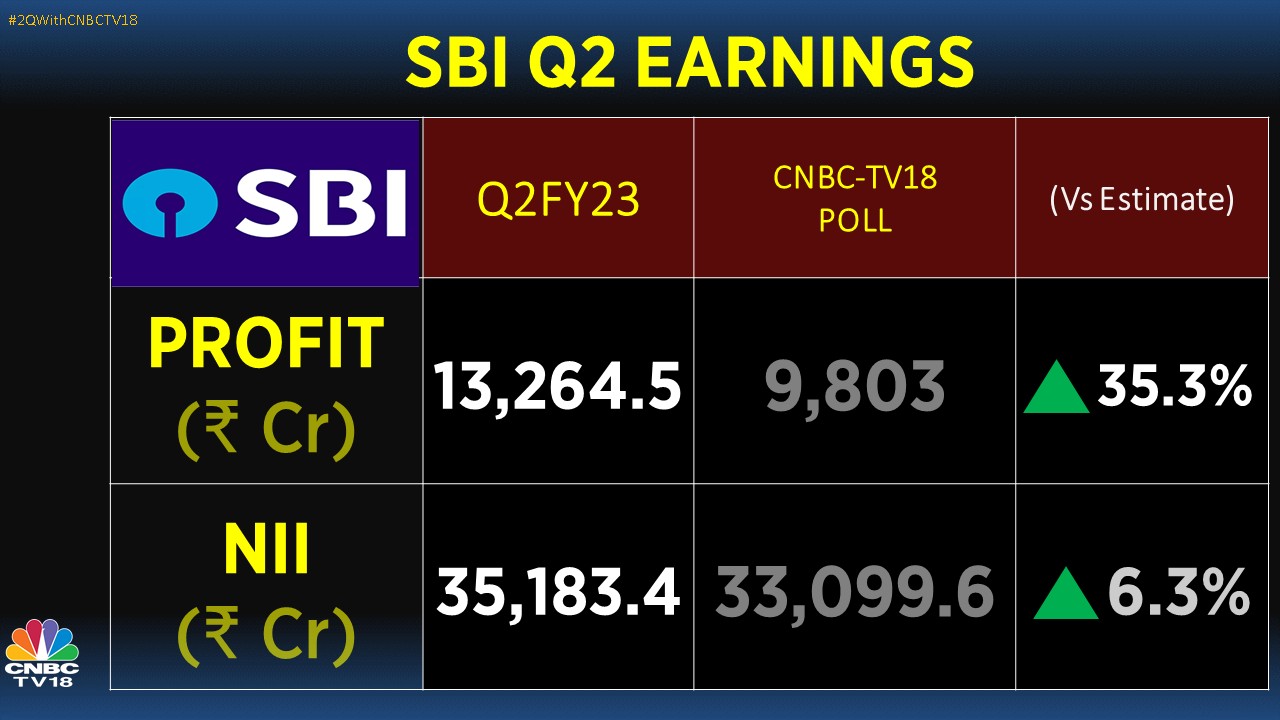 Overall market breadth favoured the bulls in the first few minutes of trade, as 2,046 stocks rose and 948 fell on BSE.