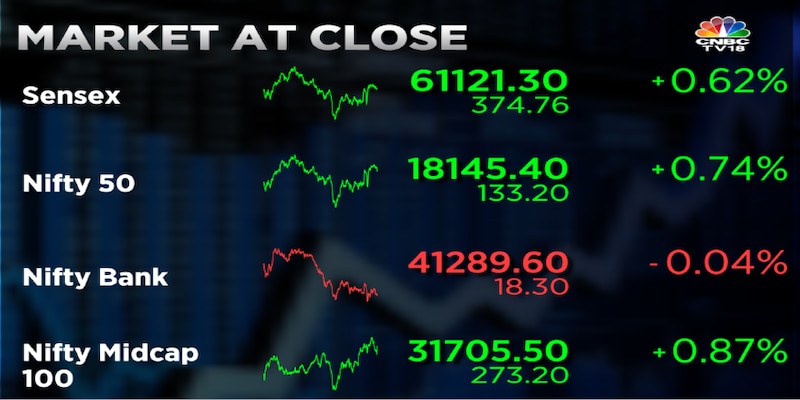 The Sensex and the Nifty50 clocked their highest closing levels in 10 months amid buying across most sectors. Infosys, the HDFC twins and TCS were the biggest boosts for both headline indices.

Indian equity benchmarks continued to rise for the fourth session in a row on Tuesday to scale 10-month closing highs, helped by strong buying interest in financial, IT, metal and healthcare shares. Globally, investors awaited a key interest decision by the Fed due this week amid concerns central banks' battle against red-hot inflation will hamper economic growth.

Both headline indices gave up one third of their intraday gains of 0.9 percent by the end of the session. The Sensex rose 543.1 points to touch 61,289.7 at the strongest level of the day, and the Nifty50 climbed to as high as 18,175.8, up 163.6 points from its previous close.
Thirty eight stocks in the Nifty50 basket finished the day higher. Adani Enterprises, Divi's, NTPC, PowerGrid, Grasim, Dr Reddy's, Infosys, Hindalco, Adani Ports and TCS — rising between 2.1 percent and 6.9 percent — were the top gainers.
Infosys, the HDFC twins, TCS and NTPC were the biggest contributors to the rise in both main gauges.
On the other hand, Axis Bank, UPL, Eicher, Maruti Suzuki, Reliance, Tata Steel and Apollo Hospitals Infosys, the HDFC twins, TCS and NTPC — declining between 0.3 percent and 3.8 percent — were the top laggards. 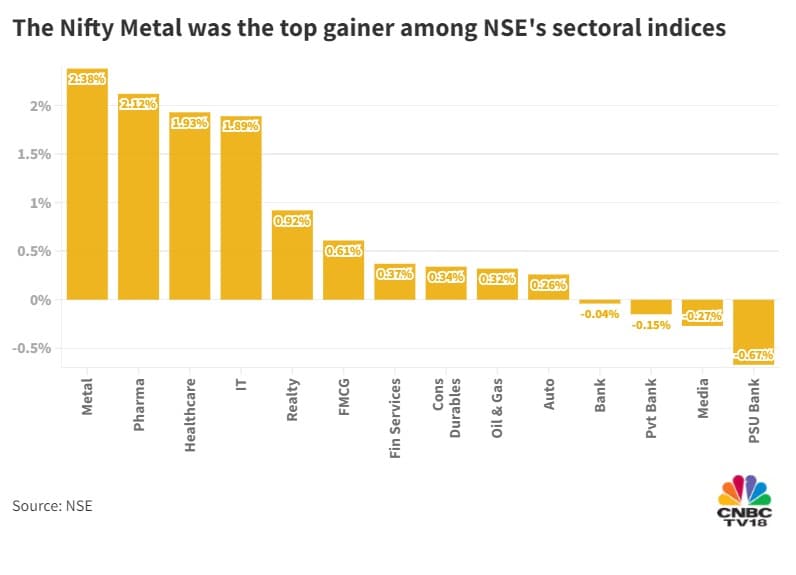 "The bulls are driving the trend in the domestic market with backing from FIIs and global markets... Manufacturing activity in India remained strong in October, with pricing pressures in check as new orders and production increased, albeit slowly," said Vinod Nair, Head of Research at Geojit Financial Services.
A PMI reading showed manufacturing activity in India improved by 0.4 percent sequentially to 55.3 in October. 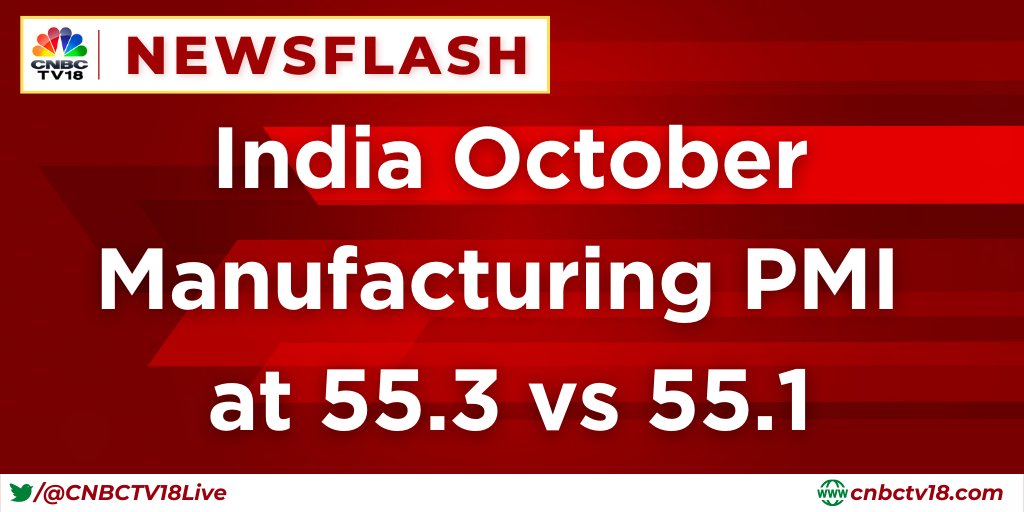 The government's GST collections increased 16.6 percent to Rs 1.5 lakh crore in October Making — the second highest monthly collection ever, an official statement said.
"Investors are keeping an eye on central banks' policy meetings for any indications of a slowdown in the pace of rate hikes," he said.
The rupee inched higher to end at 82.70 against the US dollar. 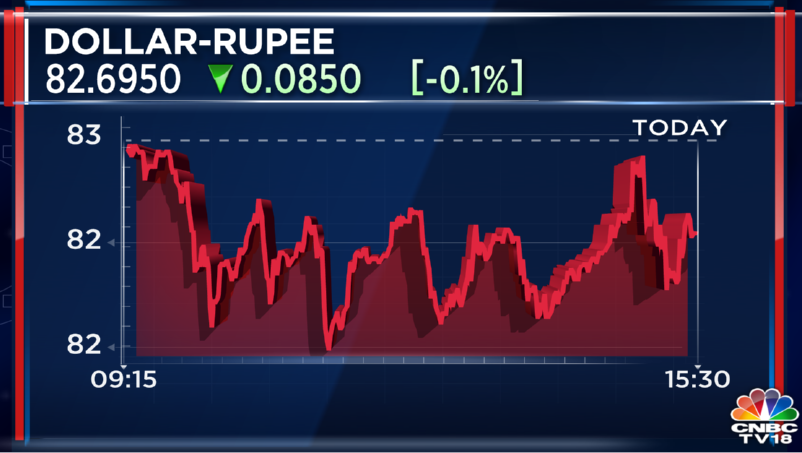 Global markets
European shares jumped amid optimism that central banks will bring an end to the current cycle of rate hikes earlier than thought earlier. The pan-European Stoxx 600 index jumped as much as 1.3 percent to the highest in six weeks.
S&P 500 futures were up one percent at the last count, suggesting a higher opening ahead on Wall Street.
Catch highlights of the Nov 1 session with CNBCTV18.com's blog
Check out our in-depth Market Coverage, Business News & get real-time Stock Market Updates on CNBC-TV18. Also, Watch our channels CNBC-TV18, CNBC Awaaz and CNBC Bajar Live on-the-go!