The Sensex and the Nifty50 held up 0.4 percent at the close on Tuesday after gyrating around one percent around the flatline amid choppy trade.

Indian equity benchmarks managed to finish a choppy session in the green on Tuesday, though gains in financial and IT shares were offset by losses in oil & gas and FMCG stocks. Globally, the markets saw largely strong but volatile moves as investors weighed hawkish remarks by Fed officials against a better-than-expected consumer inflation reading from the world's largest economy last week that rekindled hopes of an earlier end to interest rate hikes.

Both headline indices settled with a gain of 0.4 percent for the day. The Sensex gyrated within a range of 519 points around the flatline before closing at 61,873 — more than 400 points above its weakest level of the day. The Nifty50 ended at 18,403.4 after broadly trading in the 18,250-18,450 zone during the session.
A total of 36 stocks in the Nifty50 basket finished the day higher. PowerGrid, ONGC, ICICI Bank, Bharti Airtel, Hero MotoCorp, UltraTech, Dr Reddy's and Divi's were the top gainers, each finishing around two percent higher. 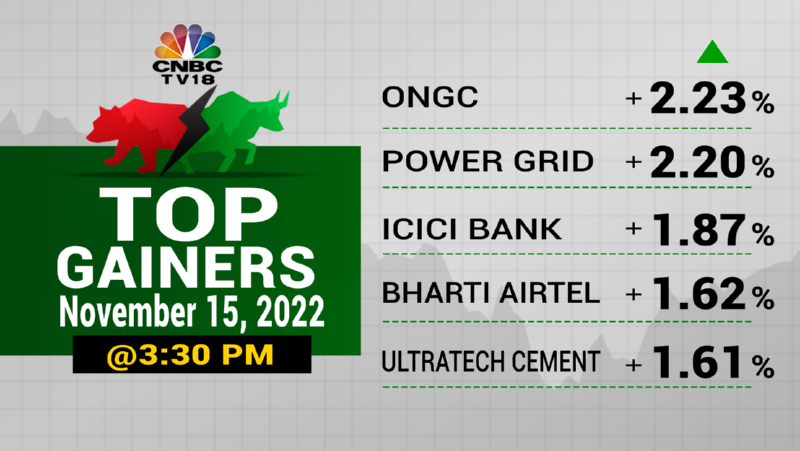 ICICI Bank, Infosys, Bharti Airtel and SBI were the biggest boosts for both main gauges. 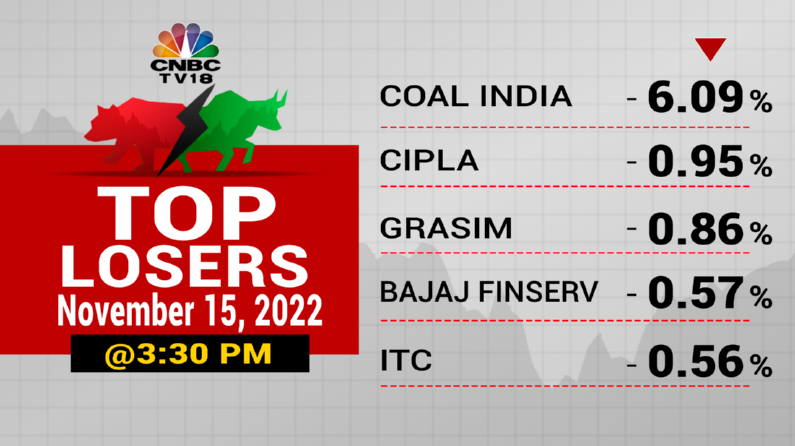 Coal India was the top laggard. HDFC Life, Grasim, Cipla, ITC, UPL, Reliance, Bajaj Finserv and Sun Pharma — declining between 0.2 percent and one percent — were among the worst-hit blue-chip stocks. Analysts say relative easing in consumer inflation aided optimism in the market.
Official data released post-market hours on Monday showed retail inflation in the country eased to 6.77 percent in October from 7.41 percent in the previous month — in line with Street estimates. Analysts in a CNBC-TV18 poll had estimated the reading at 6.73 percent.
"Although the CPI has continued to be above the RBI's tolerance limit, it is estimated that it will begin to fall within the range from the quarter ending June 2023," said Vinod Nair, Head of Research at Geojit Financial Services.
Overall market breadth remained skewed in favour of the bears throughout the day, with 1,616 stocks rising 1,905 declining on BSE.

Global markets
European markets began the day with cautious gains, following a largely strong handover from Asia, with the pan-regional Stoxx 600 index rising as much as 0.3 percent at the last count.
S&P 500 futures were up one percent, suggesting a gap-up start ahead on Wall Street.
Catch highlights of the Nov 15 session with CNBCTV18.com's blog
Check out our in-depth Market Coverage, Business News & get real-time Stock Market Updates on CNBC-TV18. Also, Watch our channels CNBC-TV18, CNBC Awaaz and CNBC Bajar Live on-the-go!