The Sensex and the Nifty50 rose half a percent each on Tuesday as IT stocks aided a fag-end recovery on Dalal Street.

Indian equity benchmarks finished a choppy session higher on Tuesday, as the bulls took charge of the Street from the bears after three days, aided by gains across sectors backed by a fag-end recovery in IT shares. Globally, investors remained on the back foot weighing economic data against central bank commentary to assess the future course of interest rates.

Both headline indices finished the day half a percent higher. The Sensex ended 274.1 points higher at 61,419, having touched 61,466.6 at the strongest level of the day. The Nifty50 climbed to 18,244.2 at the end of the day, up 84.3 points from its previous close.
A total of 36 stocks in the Nifty50 basket ended higher. IndusInd, JSW Steel, NTPC, UltraTech, HDFC Life, Apollo Hospitals, Titan, Mahindra & Mahindra, Divi's and Infosys — closing around 1-3 percent higher — were the top gainers.
Infosys, Reliance, TCS, ITC and Larsen & Toubro were the biggest boosts for both main gauges. On the other hand, Bharat Petroleum, Nestle, Bharti Airtel, Kotak Mahindra Bank and PowerGrid — declining between 0.4 percent and 1.2 percent — were the top laggards.
The PSU banking basket outperformed the market led by gains in stocks such as Bank of Baroda, which rose 3.3 percent. "After three days of risk aversion, the domestic market experienced a relief rally in response to a bullish trend in global markets. A tight COVID lockdown in China, however, has negatively impacted the forecast for global growth," said Vinod Nair, Head of Research at Geojit Financial Services.
"FII interest has also reduced significantly as a result of the increased likelihood of stricter Fed policies," he said. 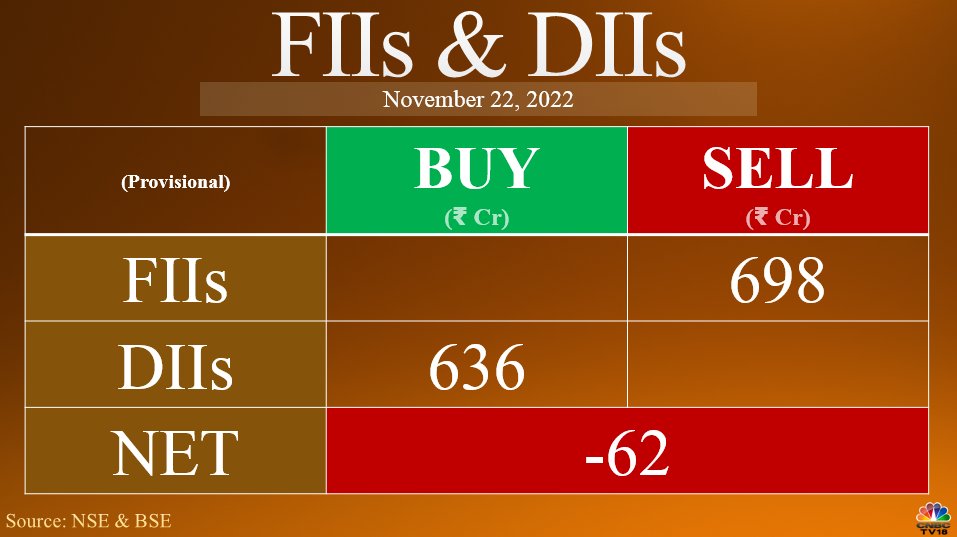 FIIs have net sold Indian shares worth Rs 3,042.9 crore in three back-to-back sessions, as of Tuesday, according to provisional exchange data.
Kaynes Tech made a strong debut on the bourses, finishing the listing day at a premium of 17-18 percent over the upper end of its IPO price range.
Overall market breadth remained skewed in favoured of the bears, as 1,636 stocks rose and 1,809 fell at the close on BSE.

The rupee appreciated by 0.2 percent to settle at 81.67 against the US dollar. 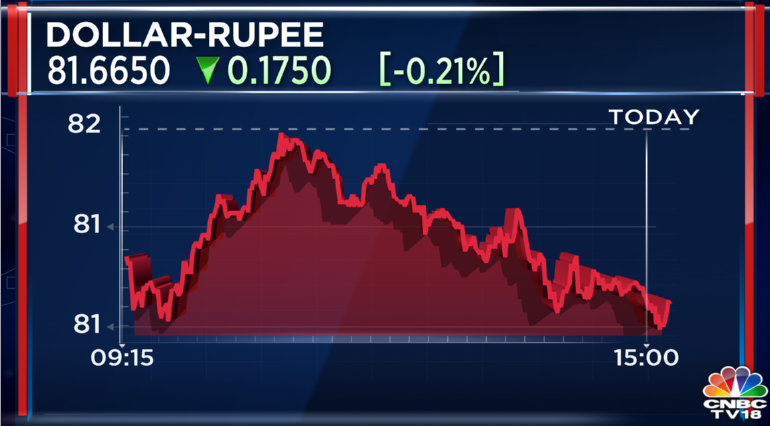 Global markets
European markets began the day in the green aided by a recovery in oil shares. The pan-European Stoxx 600 index was up half a percent at the last count
ALSO READ: How low can crude oil rates go?
S&P 500 futures were up 0.4 percent, indicating a positive start ahead on Wall Street.
Catch latest market updates with CNBCTV18.com's blog
Check out our in-depth Market Coverage, Business News & get real-time Stock Market Updates on CNBC-TV18. Also, Watch our channels CNBC-TV18, CNBC Awaaz and CNBC Bajar Live on-the-go!