Investors wealthier by over Rs 4 lakh crore as Sensex soars over 1,200 pts in 3 days

Investors wealthier by over Rs 4 lakh crore as Sensex soars over 1,200 pts in 3 days The Sensex and the Nifty50 extended gains to the third session in a row amid gains across sectors. HDFC Bank, HDFC, Infosys, Reliance and Larsen & Toubro were the biggest contributors to the rise in both indices.

Indian equity benchmarks surged on Monday, extending gains to a third back-to-back session, boosted by gains across sectors. Globally, the focus turned to a key Fed decision this week, with the US central bank widely expected to announce a hike in the benchmark interest rate to tackle red-hot inflation.

Both headline indices surged more than one percent during the session. The Sensex surged 826.9 points to touch 60,786.7 at the strongest level of the day before settling at 60,746.6 — taking its cumulative gain to 1202.6 points in three days.
The Nifty50 climbed to as high as 18,022.8, up 236 points from its previous close.
Investors became richer by 4.3 lakh crore in three straight sessions, as the market value of BSE-listed companies increased to 279.9 lakh crore, according to provisional exchange data.
Forty four stocks in the Nifty50 basket finished higher. UltraTech, HDFC, Mahindra & Mahindra, Eicher and Sun Pharma were the top gainers. 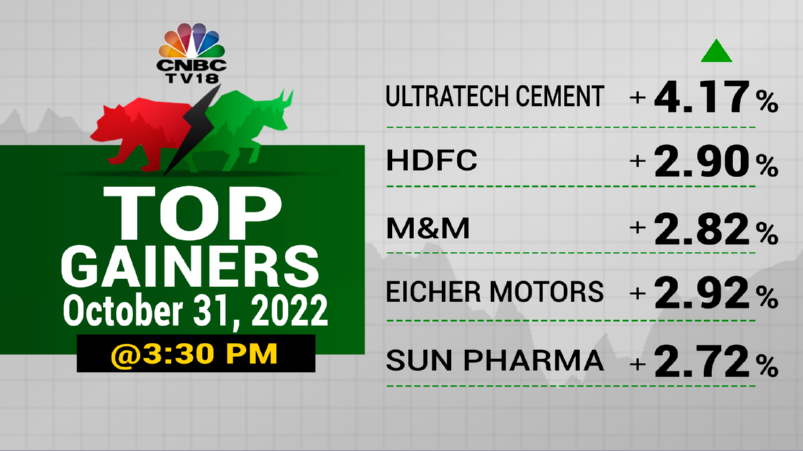 Larsen & Toubro, HDFC Bank, UPL, Grasim and Bajaj Finserv — rising around 2-3 percent each — were also among the blue-chip stocks that gained the most.
The HDFC twins, Infosys, Reliance and L&T were the biggest contributors to the rise in both main gauges. 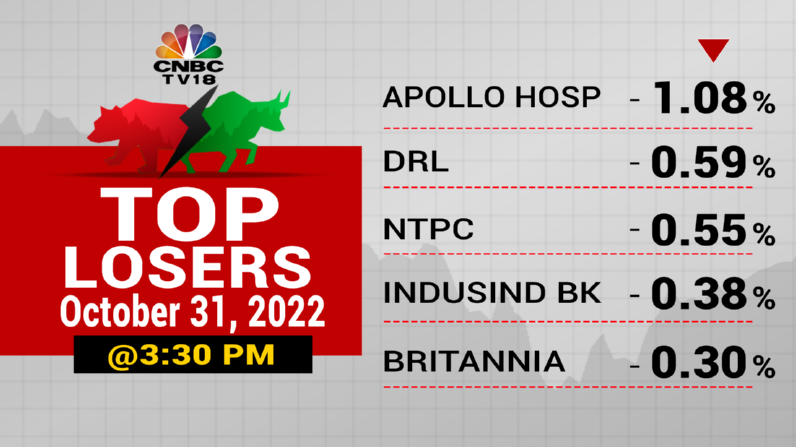 Apollo Hospitals, Dr Reddy's, Tata Steel, Britannia, NTPC and IndusInd were the only laggards in the 50-scrip pack.
All sectors saw buying interest. Weakness in Tata Steel prevented the Nifty Metal from rising more ahead of the steelmaker's financial results due later in the day. "The buoyancy of Wall Street was reflected well in the domestic market, which was also supported by sliding oil prices following weak Chinese factory data. US stocks recovered from a tech sell-off on hopes that the Fed would hint towards dialing down big rate hikes," said Vinod Nair, Head of Research at Geojit Financial Services.
Crude oil prices fell by more than $1 on Monday, with Brent futures sliding to as low as $94.6 a barre.
The rupee depreciated by 31 paise or 0.4 percent to settle at 82.78 against the US dollar. 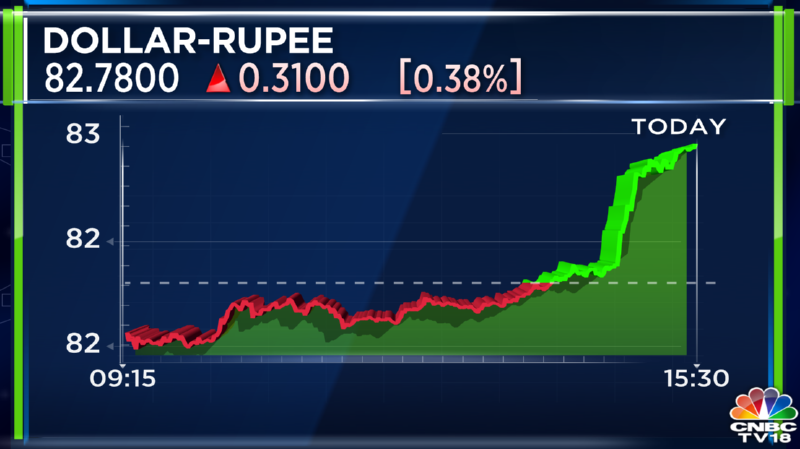 Overall market breadth was skewed in favour of the bulls, as 1,854 stocks rose and 1,693 fell for the day on BSE.

Global markets
European shares began the day in the red amid weakness in energy and mining shares. The pan-European Stoxx 600 index fell as much as 0.2 percent in early hours, as investors awaited a key reading on inflation in the euro area that will likely show prices hitting record highs.
S&P 500 futures were down half a percent at the last count, suggesting a weak start ahead on Wall Street.
Catch highlights of the October 31 session with CNBCTV18.com's blog
Check out our in-depth Market Coverage, Business News & get real-time Stock Market Updates on CNBC-TV18. Also, Watch our channels CNBC-TV18, CNBC Awaaz and CNBC Bajar Live on-the-go!