The Sensex and the Nifty50 ended higher on Monday, snapping a three-day losing streak, led by IT and financial shares. L&TFH, Max Health, Persistent, AWL and Zydus Life led the Nifty Midcap index higher.
On the other hand, Titan, Bajaj Finserv, Grasim and Bajaj Auto were the top Nifty 50 losers.
"Wall Street climbed in anticipation of a less aggressive US Fed as wage growth slowed and service activity contracted, fuelling bets that inflation is moderating. Furthermore, the December payrolls rising higher than anticipated increased the possibility of a softer landing for the US economy. These gains were also absorbed by the domestic market, with IT being the biggest gainer ahead of the release of sector earnings, as the favourable US economy boosted sector optimism," said Vinod Nair, Head of Research at Geojit Financial Services. 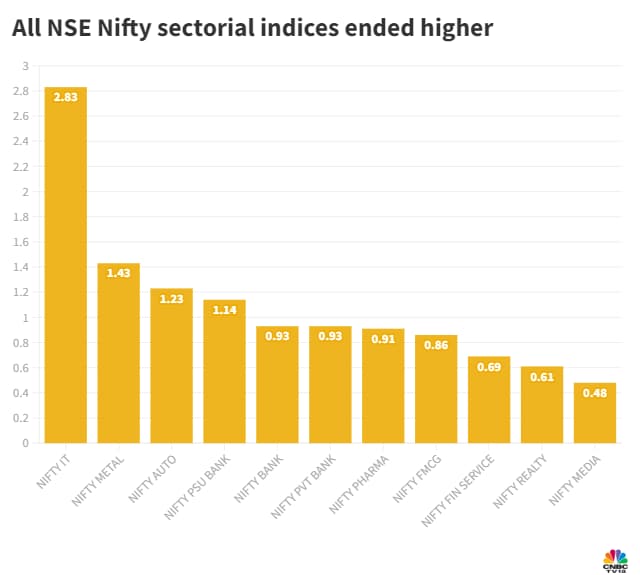 Overall market breadth favoured the advance at close, as 2,044 stocks rose while 1,585 fell on BSE.

Rupee ended 36 paise higher from its previous close at 82.36 vs dollar. 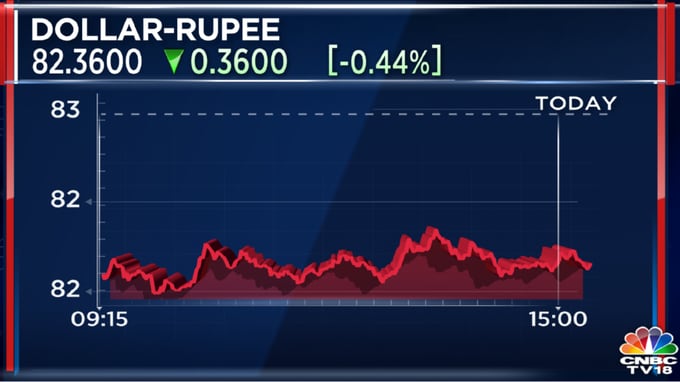