The Sensex and the Nifty50 suffered minor losses in early deals on Friday, as Dalal Street entered the December futures & options series after rising more than four percent each in the previous one.

Indian equity benchmarks succumbed to selling pressure following a positive start on Friday, as Dalal Street entered a new monthly derivatives series after finishing the previous one more than four percent higher. Losses in IT, FMCG and consumer durable shares weighed on the market though gains in financial and oil & gas stocks lent some support. 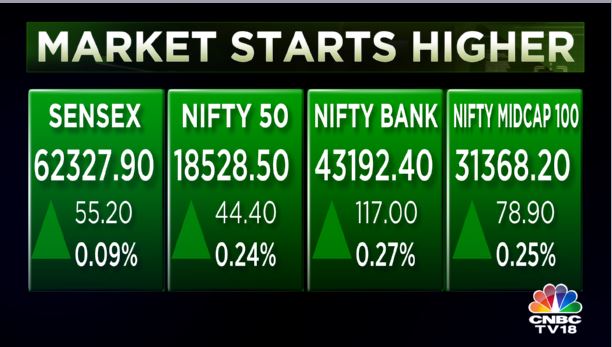 A total of 29 stocks in the Nifty50 basket struggled below the flatline in early deals. Tata Consumer, HUL, Bajaj Finance, Nestle, PowerGrid, Kotak Mahindra Bank, Asian Paints, Eicher, Britannai and Adani Enterprises — trading around one percent lower each — were the top laggards.
The HDFC twins, HUL and Kotak Mahindra Bank were the biggest drags on both main gauges.
On the other hand, HDFC Life, Larsen & Toubro, Axis Bank, Apollo Hospitals, Coal India, Bharat Petroleum, IndusInd, NTPC, ONGC and Maruti Suzuki — rising around 1-2 percent — were among the blue-chip stocks that rose the most.
The Nifty Bank — which has SBI, HDFC Bank, Kotak Mahindra Bank, ICICI Bank and Axis Bank among its 12 member stocks — gained as much as 0.6 percent to an all-time high of 43,339.2 during the session. 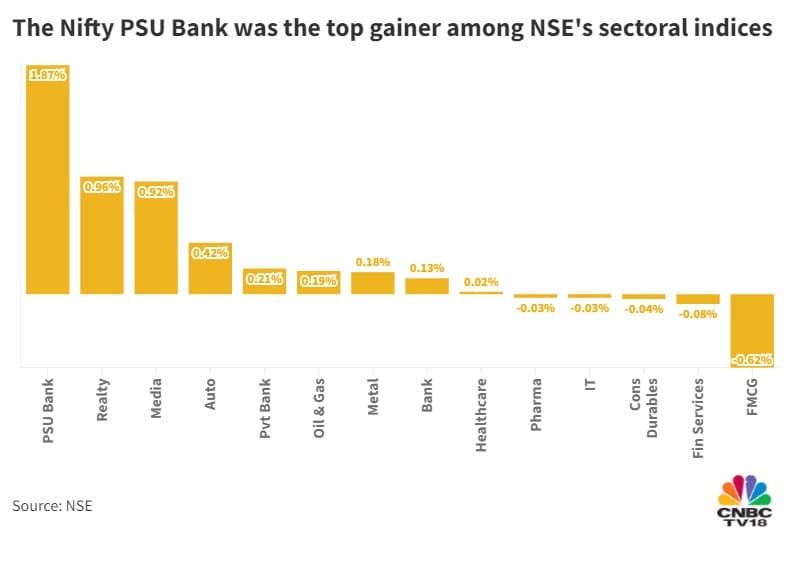 "Many favourable factors have come together to push the market to record levels: the FOMC minutes indicating smaller rate increases, the sharp correction in crude oil, FIIs turning buyers, reports of impressive credit growth and capex revival, and even the bad news of record COVID spread in China is turning out to be good news for India since it will accelerate the China Plus One policy," said VK Vijayakumar, Chief Investment Strategist at Geojit Financial Services.
Brent crude was steady at $85 a barrel, having retreated almost 39 percent from a peak in March. Lower oil prices are beneficial for India, which meets the lion's share of its petroleum requirement through imports.

Overall market breadth was in favour of the bulls, as 1,911 stocks rose and 1,016 fell in morning trade on BSE. 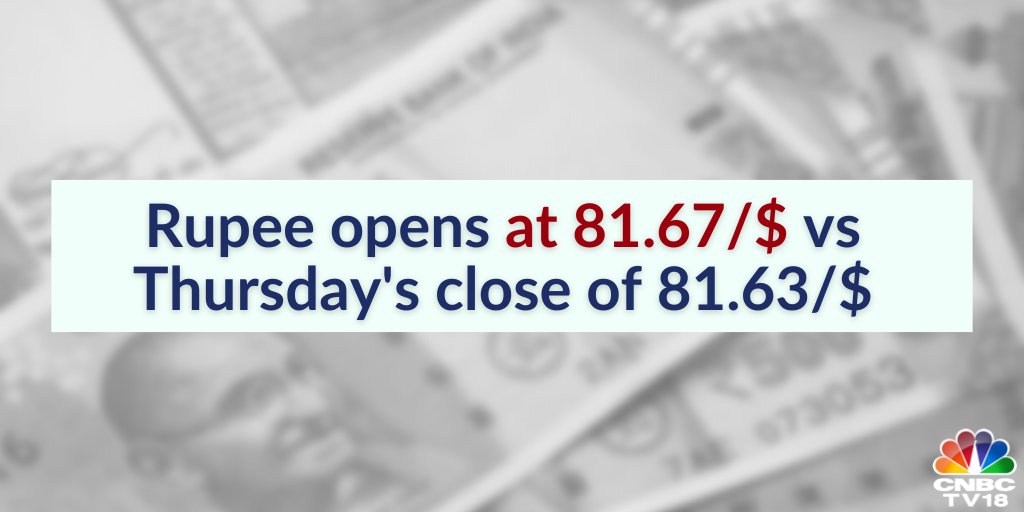