The Sensex and the Nifty50 snapped a two-day winning run on Friday, though both recovered nearly all of their intraday losses in a choppy session. Globally, investors awaited a key macroeconomic reading from the world's largest economy for cues.

Indian equity benchmarks recovered nearly all of their intraday losses on Friday, as heavyweights such as Reliance, Titan, HDFC and Bharti Airtel aided a fag-end recovery in the market amid choppy trade. Globally, fears of the potential impact of sharp hikes in key interest rates on economic growth kept investors on the back foot, ahead of a key macroeconomic reading from the US due later in the day.

Investors awaited the onset of the corporate earnings season for domestic cues, with TCS — India's largest software exporter — due to announce its financial results on Monday.
Both headline indices fell as much as three quarters of a percent during the session following a flat start. The Sensex gyrated 418.2 points around the flatline, between 57,851.2 and 58,269.3, during the session.
The Nifty50 broadly moved within the 17,200-17,350 band in intraday trade and managed to hold the 17,300 mark for the day.
A total of 32 stocks in the Nifty basket weakened for the day. Tata Consumer, Coal India, Bharat Petroleum, Mahindra & Mahindra and UltraTech were the top laggards. 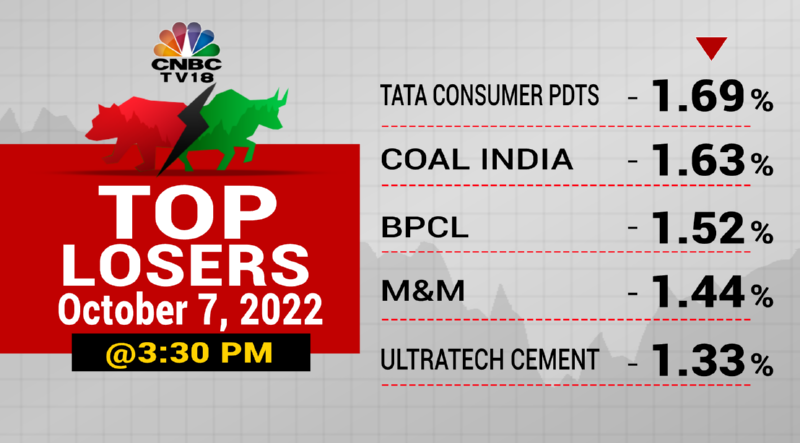 SBI, JSW Steel, TCS, Eicher and Adani Ports — falling around one percent each — were also among the worst-hit blue-chip stocks.
Analysts in a CNBC-TV18 poll expect TCS to report flat growth in dollar revenue sequentially. (Read more on what to expect from TCS
) 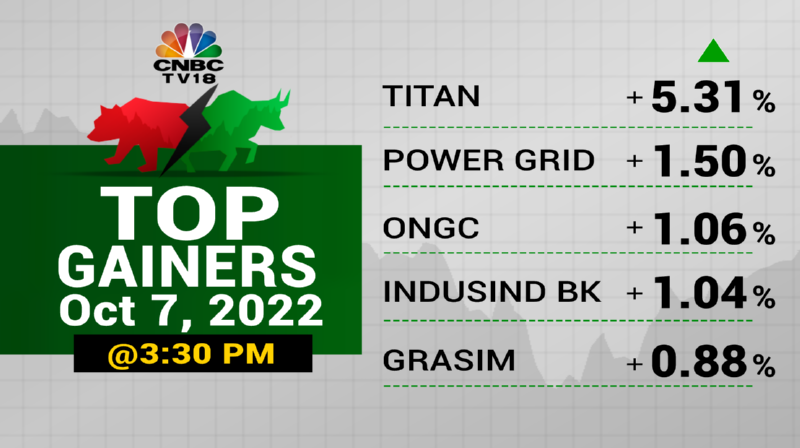 Titan, PowerGrid, Grasim, NTPC, ONGC, IndusInd, Maruti Suzuki and Asian Paints — rising between 0.7 percent and 5.3 percent for the day — were the top gainers.
The rupee depreciated to a record closing low of 82.32 against the US dollar. 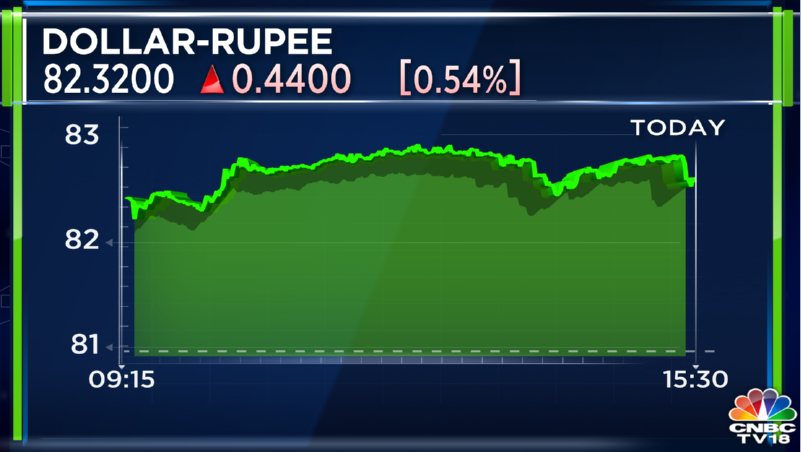 Financial stocks were a mixed bag with a negative bias. HDFC gained 0.3 percent and HDFC Bank slipped 0.4 percent. SBI, ICICI Bank and Bajaj Finance were among the top losers, declining between 0.3 percent and 1.2 percent. 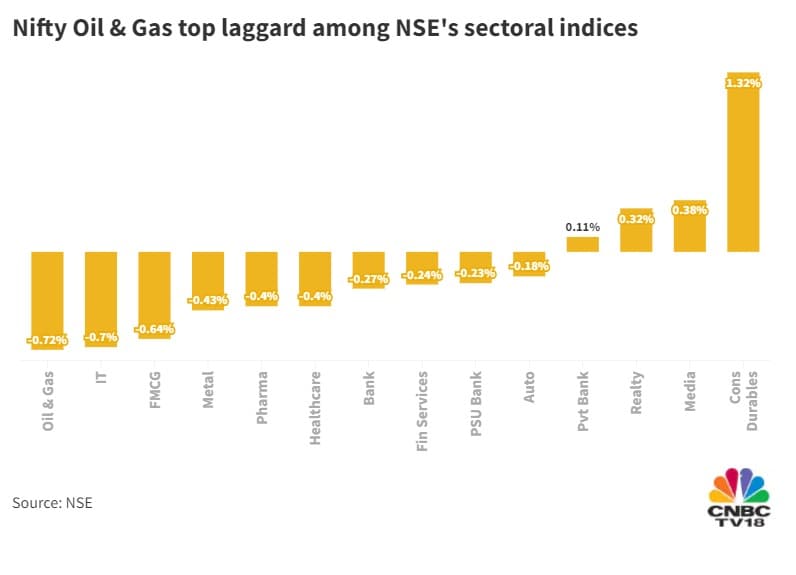 "Stronger-than-anticipated jobs data from the US may lead to a market decline as it could give the Fed more reasons to focus on inflation. Crude oil prices have continued to rise following the OPEC+ announcement of supply cuts, leading to a fresh low in the rupee amid hawkish remarks from Fed officials," said Vinod Nair, Head of Research at Geojit Financial Services.
Overall market breadth favoured the bulls, as 1,934 stocks advanced and 1,509 declined on BSE.