Sensex slides 292 pts from day's high and Nifty50 slips below 18,350 amid volatility — rupee returns to 81 levels vs dollar

Sensex slides 292 pts from day's high and Nifty50 slips below 18,350 amid volatility — rupee returns to 81 levels vs dollar The Sensex and the Nifty50 finished a rangebound session in the red on Monday as losses in FMCG and oil & gas shares outweighed gains in IT and metal stocks.

Indian equity benchmarks finished a choppy session in the red on Monday, as weakness in oil & gas and FMCG shares outweighed gains in IT, metal and auto stocks. Investors remained cautious on Dalal Street even as most other markets around the globe strengthened amid hopes of a quicker end to aggressive hikes in COVID era interest rates than anticipated earlier. 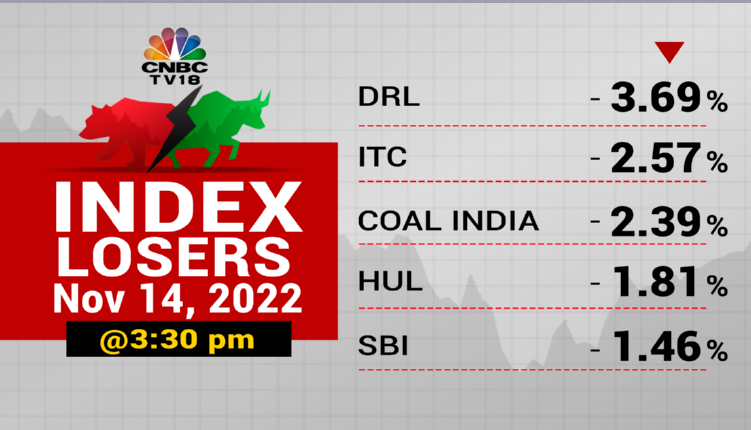 ICICI Bank, ITC and Hindustan Unilever were among the biggest drags on both headline indices.
On the other hand, Hindalco, Apollo Hospitals, Tata Motors, Grasim, PowerGrid, Kotak Mahindra Bank and IndusInd — finishing between 1.1 percent and six percent higher — were the top gainers. 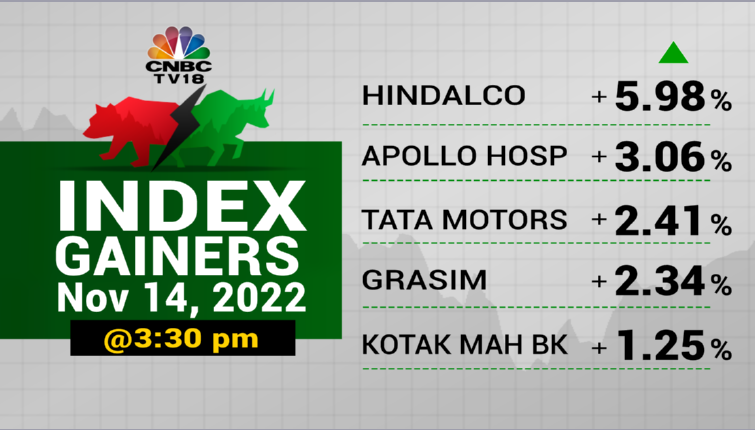 "India's wholesale inflation dropped below forecasts, aided by a slowdown in the prices of manufactured goods and fuel and electricity. The domestic Consumer Price Index (CPI), which is anticipated to continue the trend, will boost confidence in the Indian market as it will lessen the risk indicators for the RBI to maintain its hawkish stance," said Vinod Nair, Head of Research at Geojit Financial Services. 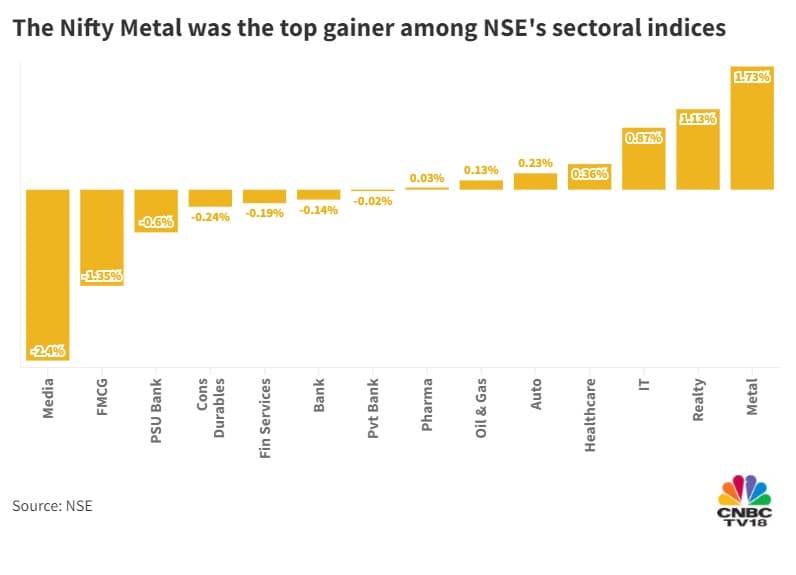 Overall market breadth was skewed in favour of the bears, as 1,718 stocks rose and 1,899 fell on BSE.

Global markets
European markets continued to move higher after a consumer inflation reading from the world's largest economy last week rekindled hopes of a moderation in the pace of rate hikes. However, investors remained on the back foot after a top Fed official warned that the US central bank will not soften its fight against inflation.
The pan-European Stoxx 600 index was up 0.2 percent at the last count.
S&P 500 futures were down 0.4 percent, suggesting a weak opening ahead on Wall Street.
Catch latest market updates with CNBCTV18.com's blog
Check out our in-depth Market Coverage, Business News & get real-time Stock Market Updates on CNBC-TV18. Also, Watch our channels CNBC-TV18, CNBC Awaaz and CNBC Bajar Live on-the-go!