Sensex drops over 150 pts and Nifty slips below 18,400 amid weakness in financial and oil & gas shares

Sensex drops over 150 pts and Nifty slips below 18,400 amid weakness in financial and oil & gas shares 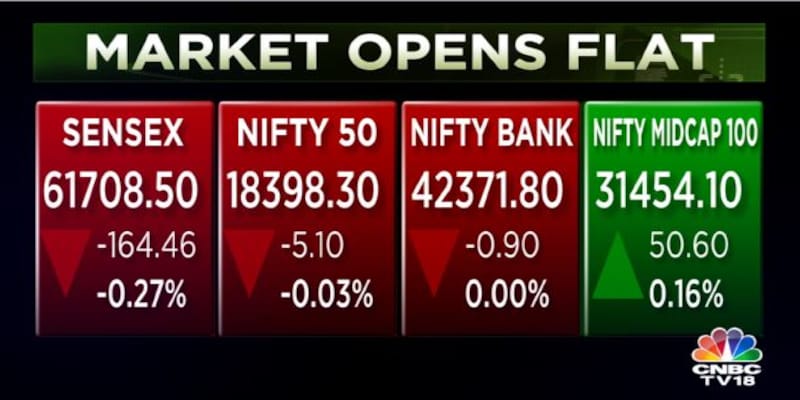 The Sensex and the Nifty50 began the day in the red as losses in financial and oil & gas shares outweighed gains in IT and auto stocks.

Indian equity benchmarks struggled below the flatline on Wednesday amid mixed moves across global markets, as investors weighed hopes about an earlier-than-anticipated end of hikes in benchmark interest rates against Russia-Ukraine tensions. Losses in oil & gas, FMCG and private sector financial shares offset gains in IT and auto stocks.

Both headline indices slipped about 0.3 percent in the first few minutes of trade. The Sensex shed 164.4 points to 61,708.6 at the weakest level of the day so far, and the Nifty50 slipped to as low as 18,359, down 44.4 points from its previous close.
As many as 31 stocks in the Nifty50 basket moved lower in early deals. Divi's, Tata Steel, Apollo Hospitals, the Bajaj twins, HDFC Life and Hindustan Unilever — declining about one percent each — were the top laggards.
The HDFC twins, Reliance, Hindustan Unilever and ITC were the biggest drags on both main gauges.
On the other hand, Dr Reddy's, Cipla, Eicher, Maruti, TCS, UltraTech and Tech Mahindra — rising 1-2 percent — were among the blue-chip stocks that rose the most. 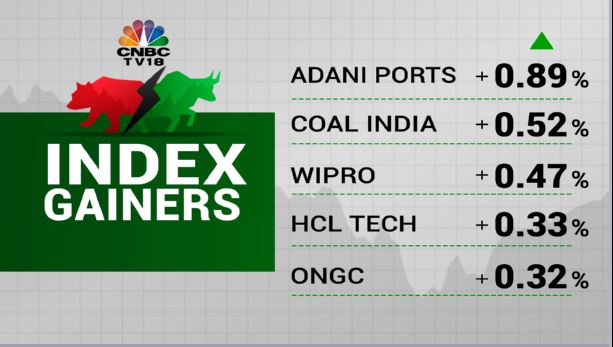 "Since the Nifty is only around one percent away from its all-time high, a final dash to a new record can happen anytime. Profit booking and correction are likely after that... Investors may stick with quality," said VK Vijayakumar, Chief Investment Strategist at Geojit Financial Services. 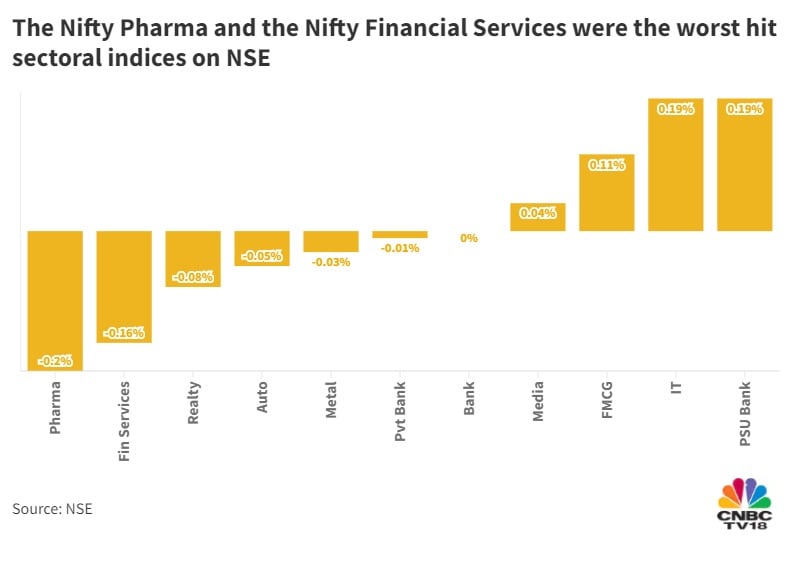 Overall market breadth was largely neutral, as 1,667 stocks rose and 1,604 fell in early deals on BSE. 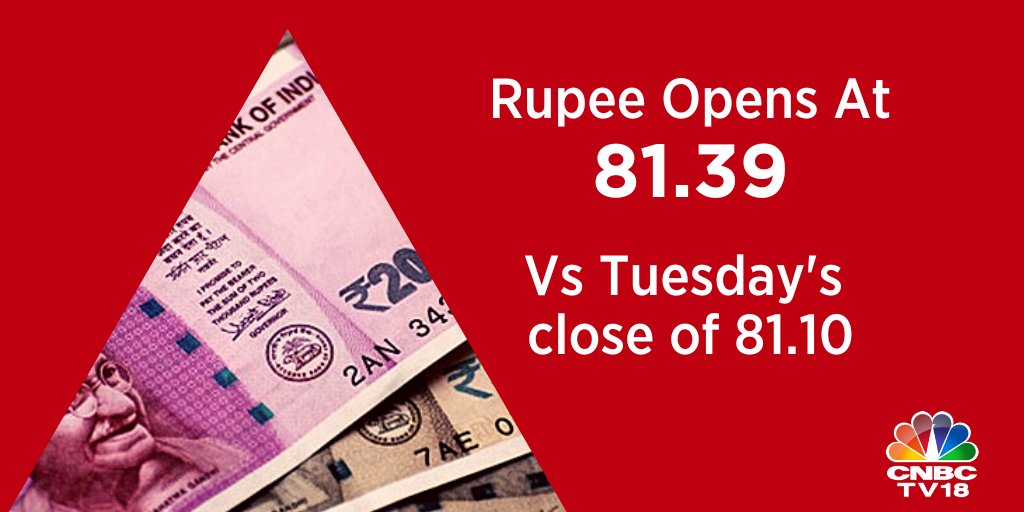