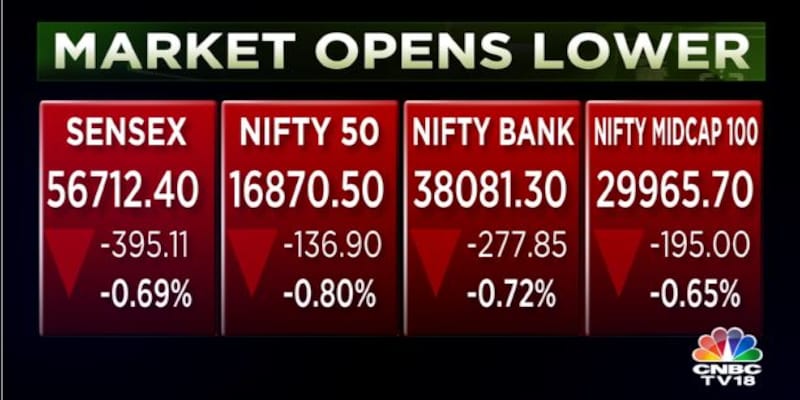 The Sensex and the Nifty50 suffered steep losses on Wednesday amid weak global cues as concerns persisted over sharp hikes in COVID-era interest rates and their impact on economic growth. Investors awaited the outcome of a key RBI meeting due this week.

Indian equity benchmarks made yet another gap-down start on Wednesday amid negative moves across global markets, as concerns persisted about aggressive policy tightening by the Fed and about slowing economic growth. Investors awaited the outcome of deliberations at the RBI's rate-setting panel due on Friday for domestic cues.

Both headline indices declined as much as 1.1 percent in the first few minutes of trade. The Sensex dropped 608.8 points to 56,498.7 at the weakest level of the day so far, and the Nifty50 slid to as low as 16,825.4, down 182 points from its previous close.
A total of 48 stocks in the Nifty50 basket began the day in the red. Hindalco, Reliance, Hero MotoCorp, JSW Steel and TCS were the top laggards. 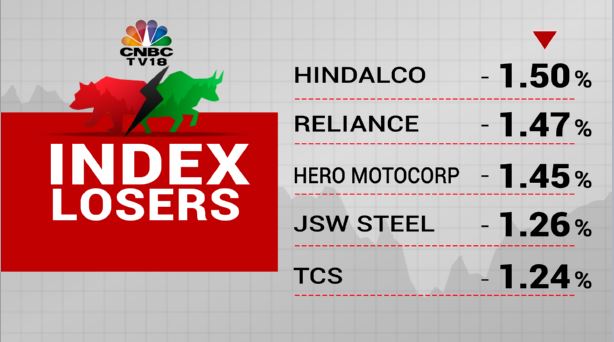 SBI Life, Eicher, Tata Steel, Infosys and Grasim — down around one percent each — were also among the worst-hit blue-chip stocks. PowerGrid and Cipla — up 0.2 percent each — were the only gainers in the 50-scrip pack.
The HDFC twins, ITC, Axis Bank, ICICI Bank, Reliance Industries and Asian Paints were the biggest contributors to the fall in both main indices.
All sectors on Dalal Street were in the red, with the Nifty Metal, PSU Bank and IT indices among the top losers. The rupee continued to depreciate to unprecedented levels against the US dollar, beginning the day at 81.90. 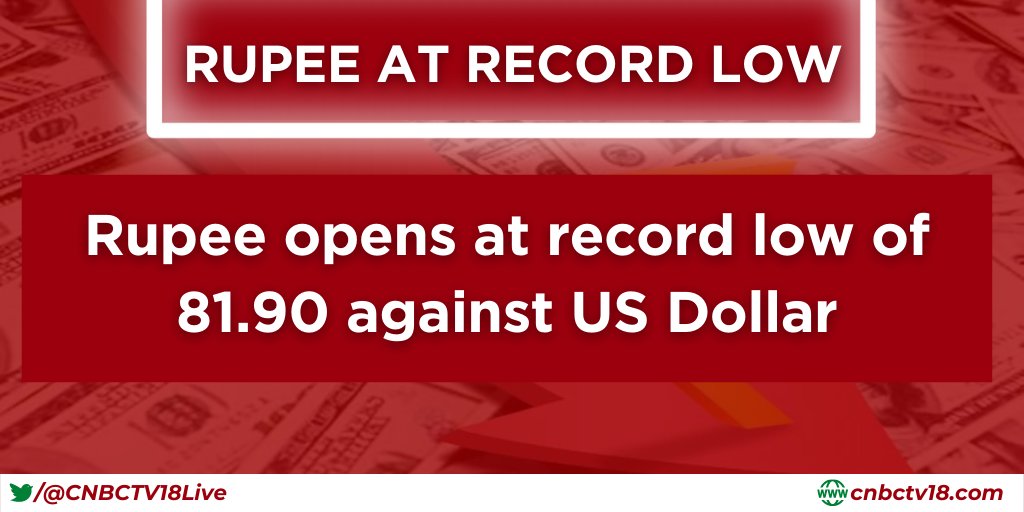 "Globally, equity markets are in bear territory... These are clear bearish signals from developed world markets. India is a distinct outlier and can remain an outperformer given its strong fundamentals. However, it cannot remain immune to major global trends," said VK Vijayakumar, Chief Investment Strategist at Geojit Financial Services.
"IT is likely to remain resilient supported by currency tailwinds... Since valuations in India continue to be high relative to peers, investors may brace for more correction in this bearish scenario," Vijayakumar added.
Global markets
Equities in other Asian markets fell following a mixed session overnight on Wall Street. MSCI's broadest index of Asia Pacific shares outside Japan was down 1.4 percent at the last count. Japan's Nikkei 225 was down 2.2 percent.
S&P 500 futures were down 0.6 percent. On Tuesday, the S&P 500 and the Dow Jones declined 0.2 percent and 0.4 percent respectively, and the tech stocks-heavy Nasdaq Composite finished 0.3 percent higher.
Disclaimer: Network18, the parent company of CNBCTV18.com, is controlled by Independent Media Trust, of which Reliance Industries is the sole beneficiary.
Catch latest market updates with CNBCTV18.com's blog
Check out our in-depth Market Coverage, Business News & get real-time Stock Market Updates on CNBC-TV18. Also, Watch our channels CNBC-TV18, CNBC Awaaz and CNBC Bajar Live on-the-go!