The Sensex and the Nifty50 ended in the red for the seventh session in a row. Investors awaited the outcome of a key RBI meeting on Friday for domestic cues.

Indian equity benchmarks made a sharp U-turn dragged by fag-end selling in financial stocks amid volatile trade on Thursday, with the Nifty50 finishing the monthly derivative series four percent lower — its worst performance in a series since May. Globally, most markets made a comeback after days of selling as investors overlooked concerns about aggressive rate hikes and their impact on economic growth.

Investors awaited the outcome of a key meeting of the RBI's rate-setting panel due on Friday for domestic cues.
Economists in a CNBC-TV18 poll expect the RBI to hike the repo rate — or the key rate at which it lends money to commercial banks — by 50 bps on Friday.
Both headline indices fell almost half a percent each during Thursday's session. The Sensex fell 284.2 points to hit 56,314.1 at the weakest level of the day before settling at 56,410, down 756.2 points from its intraday high. Nifty dropped to as low as 16,788.6 in intraday trade, down 237.5 points from its intraday high. Nifty50 settled at 16,818.
A total of 23 stocks in the Nifty50 basket ended in the red. Asian Paints, Tech Mahindra, Hero MotoCorp and Bajaj Auto were the top losers. On the other hand, ONGC, Hindalco, Apollo Hospital, ITC, and Dr Reddy's were among the top gainers. 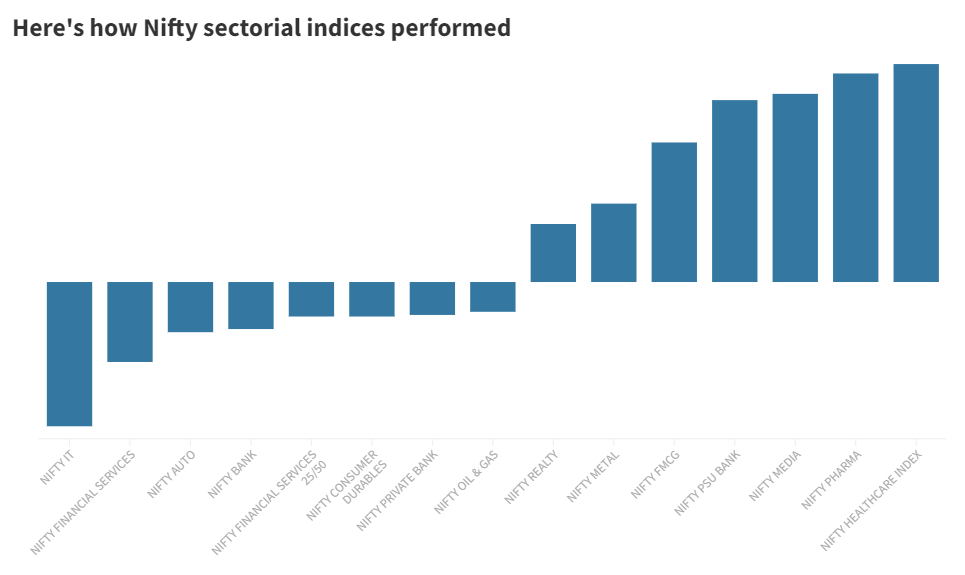 Source: NSE
The India VIX fell 3.6 percent to settle at 21.3.
"The initial upticks of the domestic market were shortlived due to its weak global peers and a declining rupee... As the yield differential between India and the US fell to a multi-year low, foreign investors are still departing from the Indian market," said Vinod Nair, Head of Research at Geojit Financial Services.
Also Read: Nifty50 finishes monthly F&O series 4% lower — key factors that influenced the market
Overall, despite visible losses, market breadth remained in favour of the bulls throughout the day, with 1,806 stocks rising and 1,633 falling at the close on BSE.
The rupee settled at 81.86 against the dollar. 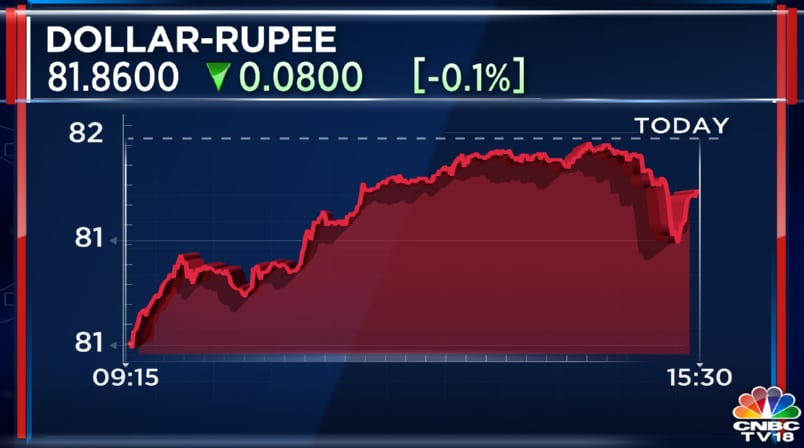