View: Expect rupee to slide to 78.50 vs dollar in medium term

View: Expect rupee to slide to 78.50 vs dollar in medium term Trade deficit and inflation are expected to worsen as commodity supply concerns are likely to persist for a prolonged period of time, writes Amit Pabari of CR Forex Advisors.

From the start of the pandemic, labour shortages, container issues and rising freight charges were already making raw material costlier. This started to reflect in inflation readings. A new crisis entered the scene in late February 2022: the Russia-Ukraine war.

Will supply concerns cause a big blow to India?
In the energy pack, Russia accounts for 11 percent of global production of crude oil, and 17 percent of natural gas. It isn’t just a big supplier in the global oil and gas market but also in many other commodities. It has a strong command over agri and fertiliser production. 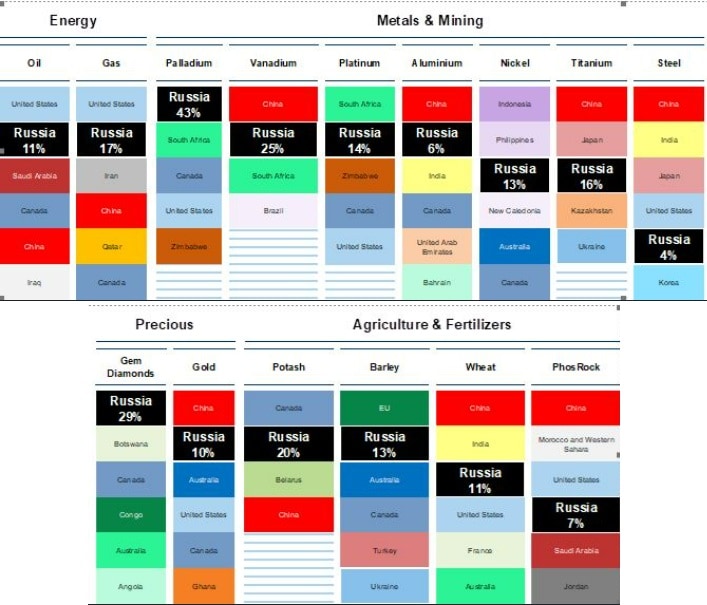 For India, the direct impact of the war between Russia and Ukraine remains low. Russia is India’s 25th biggest trade partner with exports of almost $3 billion and imports of $7 billion -- a trade deficit of almost $4 billion. Currently, India fulfills 85 percent of oil demand from imports. Most of the imports are from West Asia (Iraq 23 percent, Saudi Arabia 18 percent, the UAE 11 percent and the US 7.3 percent).
Russia has been a marginal supplier of crude oil to India. However, indirectly, higher oil prices affect the pocket of the trade balance and also impact the inflation figure.
Impact of higher oil, food, core prices yet to be discounted in Consumer Price Index
Consumer inflation in India stood at 6.1 percent in February, breaching the upper band of the RBI’s comfort zone even before higher fuel prices took effect in India.
According to an analysis, petrol prices need to be raised by as much as around 20-25 percent cumulatively over the next few months (by Rs 20-25/litre) and LPG prices by around 28-33 percent (by Rs 270-300/cylinder) to match them with global rates. Natural gas accounts for 80 percent of the total fertiliser production costs in India. Higher fuel prices will lead to costlier food items.
There are three components of overall inflation: food, fuel, and core. Fuel prices are already skyrocketing and food rates about to jump sharply. The lagging core part too will follow the suit. Consumer goods companies will further pass on higher raw material costs to consumers, which will result in higher retail prices of home appliances, vehicles, personal care products and non-durables (FMCG products).
Fuel and food prices account for almost 53 percent of weightage in CPI.
Prices are expected to definitely move higher further given the supply disruption from the Russia-Ukraine war.
Taking a call on policy difficult for RBI
In India, worsening inflation will be a nightmare for the central bank. To tackle price pressure, the RBI will not be able to raise rates as it will impact growth.
The RBI is scheduled to conduct its first monetary policy for FY23 on 6th April. It would be interesting to know how things unfold until then, and how RBI balances its policy between the government’s big fiscal plan and inflation.
Overall, the currency has to weaken over the short and medium terms due to the gloomy economic outlook.
Outlook
Both primary barometers for the rupee over the short and medium term, trade deficit and inflation, are expected to worsen as commodity supply concerns are likely to persist for a prolonged period of time. The RBI from the other side intervened through spot selling of $5 billion and a scheduled sell/buy swap ($5 billion) at a time when the rupee was at an all-time low near 77. However, uncertainty is likely to persist as economic data remains sluggish. We could expect a steady bullish move in the USD-INR pair towards 77.50-78 over the short term and 78.50 over the medium term. On the flipside, the 75.50-70 zone will act as a crucial support level.
--Amit Pabari is Managing Director at CR Forex Advisors. The views expressed in this article are his own.
Check out our in-depth Market Coverage, Business News & get real-time Stock Market Updates on CNBC-TV18. Also, Watch our channels CNBC-TV18, CNBC Awaaz and CNBC Bajar Live on-the-go!