The percentage of pledged promoter holdings by value in BSE 500 stocks declined to 2.47 percent in the June 2019 quarter against 2.83 percent from three months earlier, according to a report by Kotak Institutional Equities.

Outstanding promoters pledged shares were Rs 1.73 lakh crore, which is about 1.21 percent of the total BSE 500's market capitalization at end-June 2019, the report said.

Pledging of shares by the promoter group has seen an increase in the last year against the backdrop of rising defaults by companies, and hence investors have turned cautious about such companies. According to analysts, a fall in pledged holdings or an infusion of capital from the promoter group may ease investor concerns.

Kotak clarified that pledging of shares does not necessarily imply that a company or a promoter is under financial stress. “Banks (lenders) could have sought additional security in the form of promoter shares,” it said.

From the BSE 500 index, promoters of 112 companies pledged their holdings. Among them, Reliance Infrastructure, Gayatri Projects and Reliance Capital are among a few companies with over 95 percent of their holdings pledged in June 2019, the report noted. 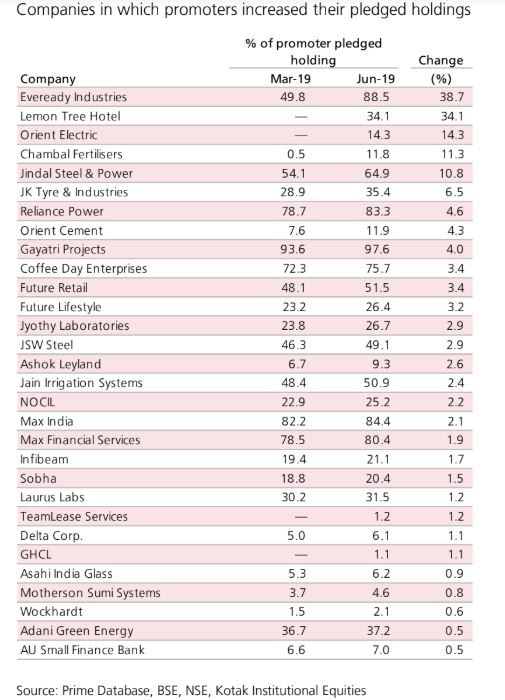 It also said that companies, including CG Power and Industrial, Sterlite Technologies, Indiabulls Real Estate, Himatsingka Seide and India Cements have seen the most decline in pledged promoter holdings in June 2019. 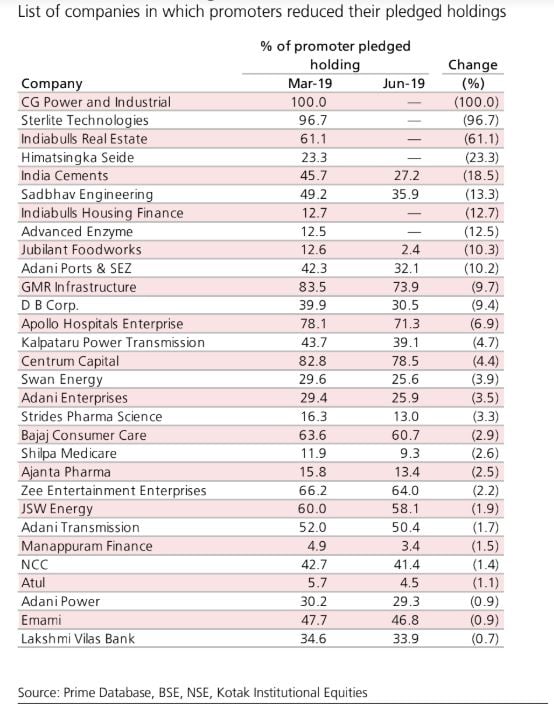