NSDL likely to file DRHP for IPO by year-end

NSDL likely to file DRHP for IPO by year-end The National Securities Depository Limited (NSDL) is likely to file the Draft Red Herring Prospectus (DRHP) for its Initial Public Offering (IPO) by the end of this year, people in the know of the matter told CNBC-TV18.

NSDL is India's first depository backed by IDBI Bank and the National Stock Exchange and it would become the second depository to list on exchanges after the CDSL. 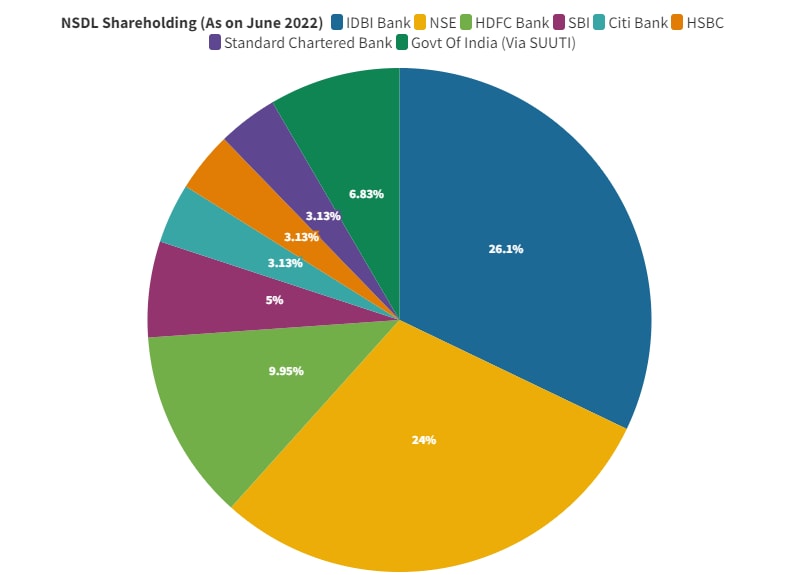 The company is likely to launch its IPO by May 2023, the sources said, adding that the IPO size is likely to be between Rs 3,500 crore and Rs 4,000 crore. The IPO is likely to be a complete offer for sale (OFS).
The offer will most probably value NSDL around Rs 12,000-Rs 14,000 crore, said the sources.
ICICI Securities, HSBC, Axis Securities, HDFC Securities, Motilal Oswal, SBI Cap, IDBI Cap are most likely going to be the bankers for the NSDL IPO, they added.
Also Read: Tamilnad Mercantile Bank IPO: All you need to know
Check out our in-depth Market Coverage, Business News & get real-time Stock Market Updates on CNBC-TV18. Also, Watch our channels CNBC-TV18, CNBC Awaaz and CNBC Bajar Live on-the-go!