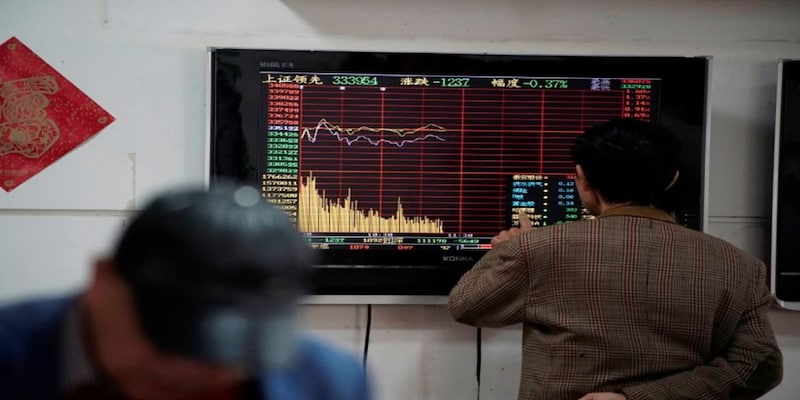 The index has gained over 70 percent in eight months since March. In intra-day deals today, the Sensex rose as much as 422 points to hit a new high of 44,499.6 while the Nifty added 122 points to its record high of 13,048.75.
It took 40 months for Nifty to rise from 10,000 to 13,000 and 18 months from 12,000 to 13,000.
"The overall sentiment is strong and the market outlook is positive going forward. If the foreign fund inflows continue we can see higher levels on Nifty in the coming days/weeks. Nifty can possibly touch 13,200-13,400 levels also," Hemang Jani, Head - Equity Strategy at Motilal Oswal said in a note.
Jani added that further rise in benchmarks also depends on the sustainability of the economic growth over the next few months post-festive season.
Hence, at the current market levels, he advises to partially book profits and sit on 15-20 percent Cash in the portfolio. Any corrections in the market can be used to deploy funds at lower levels, he noted.
Factors which helped the journey:
1) COVID Vaccine: Thi rise was mainly on the back of the progress made on the COVID-19 vaccine, which spurred hopes for a faster economic recovery. Recently, Pfizer, Moderna, and Sputnik have completed phase 3 of their vaccine trials with successful results. AstraZeneca has also claimed that the vaccine is 90 percent effective in curing the infection. Hope of a rapid rollout of the vaccine and further recovery in the economy has driven the markets to its peak.
2) FII Inflows: Monthly FII inflows of $6.5 billion into Indian stocks in November have so far been the best since at least December 2006, further lifting the sentiment. FIIs have pumped in approximately Rs 50,989 crore in November and have invested Rs 1.31 lakh crore in India YTD. Jani noted that this has helped the indices touch the 13k levels. The inflow increased considerably especially after the end of the election in the United States and weakness in the dollar index, he added. Another major reason behind such a large inflow was the expected stimulus worth trillions of dollars from central banks to revive economies that are hit hard by the COVID-led lockdown.
3) Earnings Revival: Another factor that has contributed to the new highs is the blockbuster performance of corporates in 2QFY21. Sectors including IT, pharma, metals, select private banks and NBFCs have seen significant growth in Q2 leading to earnings revision in a number of stocks. Commentaries of banks suggest there was an improvement in growth and asset quality. The asset quality outlook is much better than initially feared as collection efficiency picked up sharply in 2QFY21.
4) GDP Revision: A number of brokerage houses and investment firms have revised India's GDP upwards for the coming quarters. SBI has revised India’s Q2FY21 GDP forecast. It now expects a contraction of 10.7 percent from an earlier estimate of 12.5 percent. Meanwhile, Goldman Sachs upgraded its India GDP forecast to a contraction of 10.3 percent in FY21, as against its earlier estimate of a contraction of 14.8 percent.
Moody’s Investors Service upped India's growth forecast to (-) 10.6 percent for the current fiscal, from its earlier estimate of (-) 11.5 percent. For the next fiscal 2021-22, Moody’s projected India to grow at 10.8 percent, as against the previous estimate of 10.6 percent. Morgan Stanley also said that India’s GDP may contract by 5.7 percent in 2020 and rebound to 9.8 percent in 2021.
5) Global Market rally: Global stocks have also been near record highs as the formal go-ahead for U.S. President-elect Joe Biden to begin his transition added to an already brighter mood from progress made on COVID-19 vaccines and the prospects for a speedy global economic revival. Japan’s Nikkei jumped 2.47 percent in trade today, its highest since May 1991, with energy, real estate and financial shares leading the advance. US markets were also near their all-time high levels further lifting Asian peers.
(Edited by : Abhishek Jha)
Check out our in-depth Market Coverage, Business News & get real-time Stock Market Updates on CNBC-TV18. Also, Watch our channels CNBC-TV18, CNBC Awaaz and CNBC Bajar Live on-the-go!