The Sensex and the Nifty50 continued to rise for a fourth straight day on Wednesday, led by gains across sectors. IT and oil & gas shares were the biggest contributors to the rise in headline indices.

Indian benchmark indices ended higher for the fourth session in a row on Wednesday aided by sharp gains in heavyweights such as Reliance Industries, Infosys and Tata Consultancy Services (TCS). Investors awaited more of corporate earnings from India Inc for domestic cues. 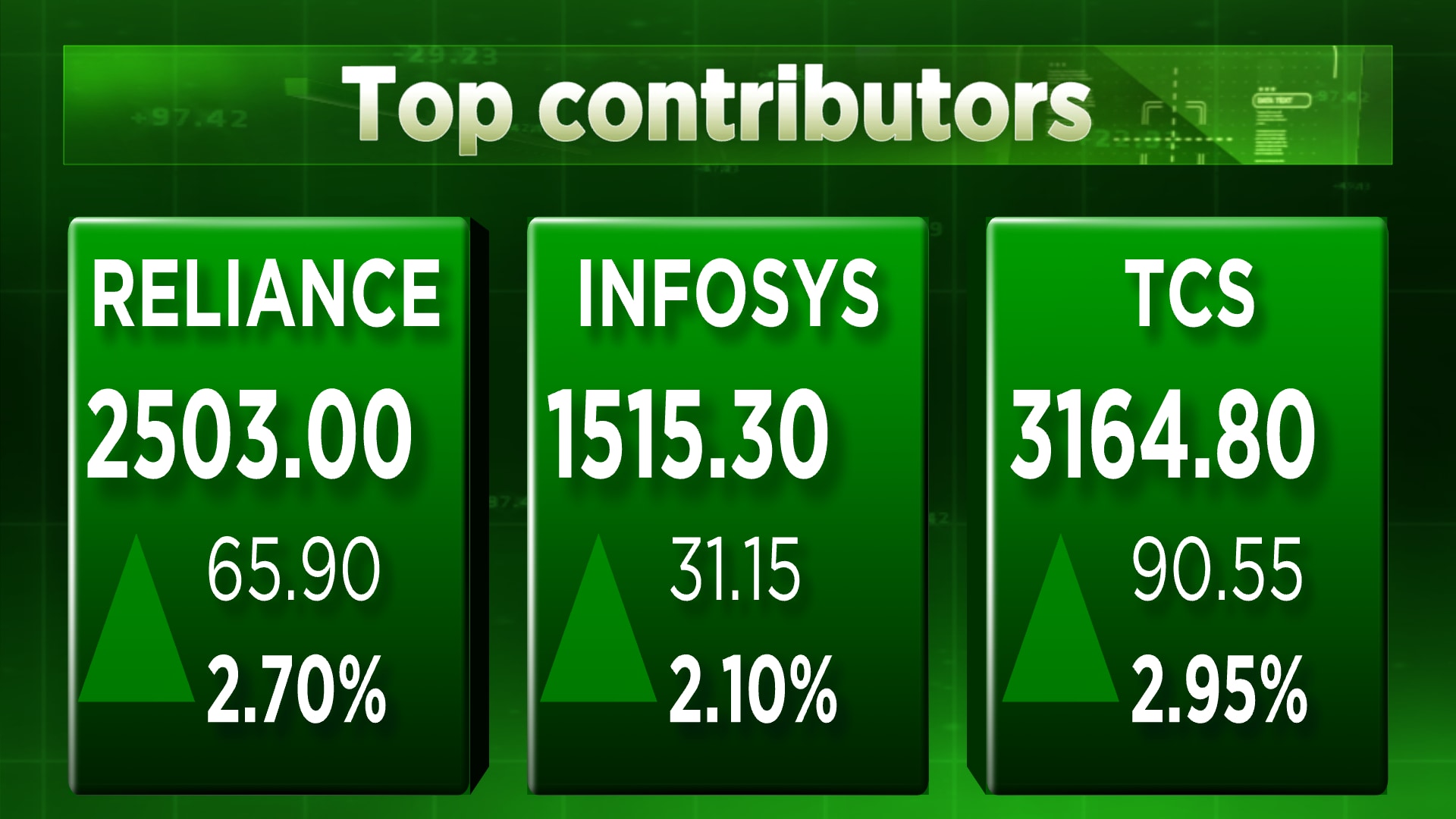 The Nifty50 closed at 16,520.9, up 180.30 points or 1.1 percent from its previous close, and the Sensex rose 629.91 points or 1.2 percent to settle at 55,397.5.
IT and oil & gas sectors contributed the most to the gains in headline indices.
Stocks from the oil and gas sector were in high demand after the government cut a windfall tax on oil producers and refiners. Shares of Reliance Industries, ONGC, Oil India and Gujarat Gas ended about 1-6 percent higher.
Meanwhile, Vedanta shares closed six percent higher as the reduction of the windfall tax on crude production along with the mining major declaring a dividend of Rs 19.5 per share boosted investor sentiment.
The rupee hit a record closing low of 79.99 against the US dollar. Global markets
Strong US corporate earnings and the expected resumption of Russian gas supply to Europe allayed fears of a recession, though the dollar hovered near two-week lows on lower US rate hike expectations.
Markets still expect a large 75 bps interest rate rise from the US Federal Reserve next week to rein in inflation. But this represents a rowback from previous expectations of 100 bps.
Key European indices were trading slightly above the flatline while S&P futures were also trading higher.
MSCI’s Asia Pacific ex-Japan rose about a percent today.
(With inputs from Reuters)
Catch highlights of the July 20 session here
Note To Readers

(Disclaimer: Network18, the parent company of CNBCTV18.com, is controlled by Independent Media Trust, of which Reliance Industries is the sole beneficiary.)