homemarket NewsThe Nifty PSE index is on the verge of a multi decade breakout
market | Dec 20, 2022 8:14 AM IST

If there is a big breakout in the PSE Nifty index, one could see big move and there are now a lot of tailwinds, which are supporting these companies. And hence, the Nifty PSE index is something that investors should watch out for, at least for the next quarter.

The Nifty public sector enterprises (PSE) index could be on the verge of a multi-decade breakout. The reason is very simple. It closed Monday's session at levels of 4,454, just 5 percent away from its all-time high of 4,687. The index on Monday has closed above the November 2017-high of 4,430.

The last all-time high was in 2008. The index has attempted to cross the all-time high on four to five previous instances but failed in all of them. In case of a successful break-out this time around, it can be a multi-decade breakout for the index.
Let us now compare the fundamentals from its previous highs in 2017 to the current levels in 2022, starting with the price-to-earnings ratio: Even when compared on a price-to-book basis, the current levels are still lower than those in 2017. The Top PSU Gainers For The Year
It had to be a defence PSU considering the run-up all the defence stocks have had. Hindustan Aeronautics tops the list, followed by Coal India, who has also delivered its best share price returns since its listing in 2008. BHEL also springs a surprise to be among the list of gainers, followed by the power PSUs. 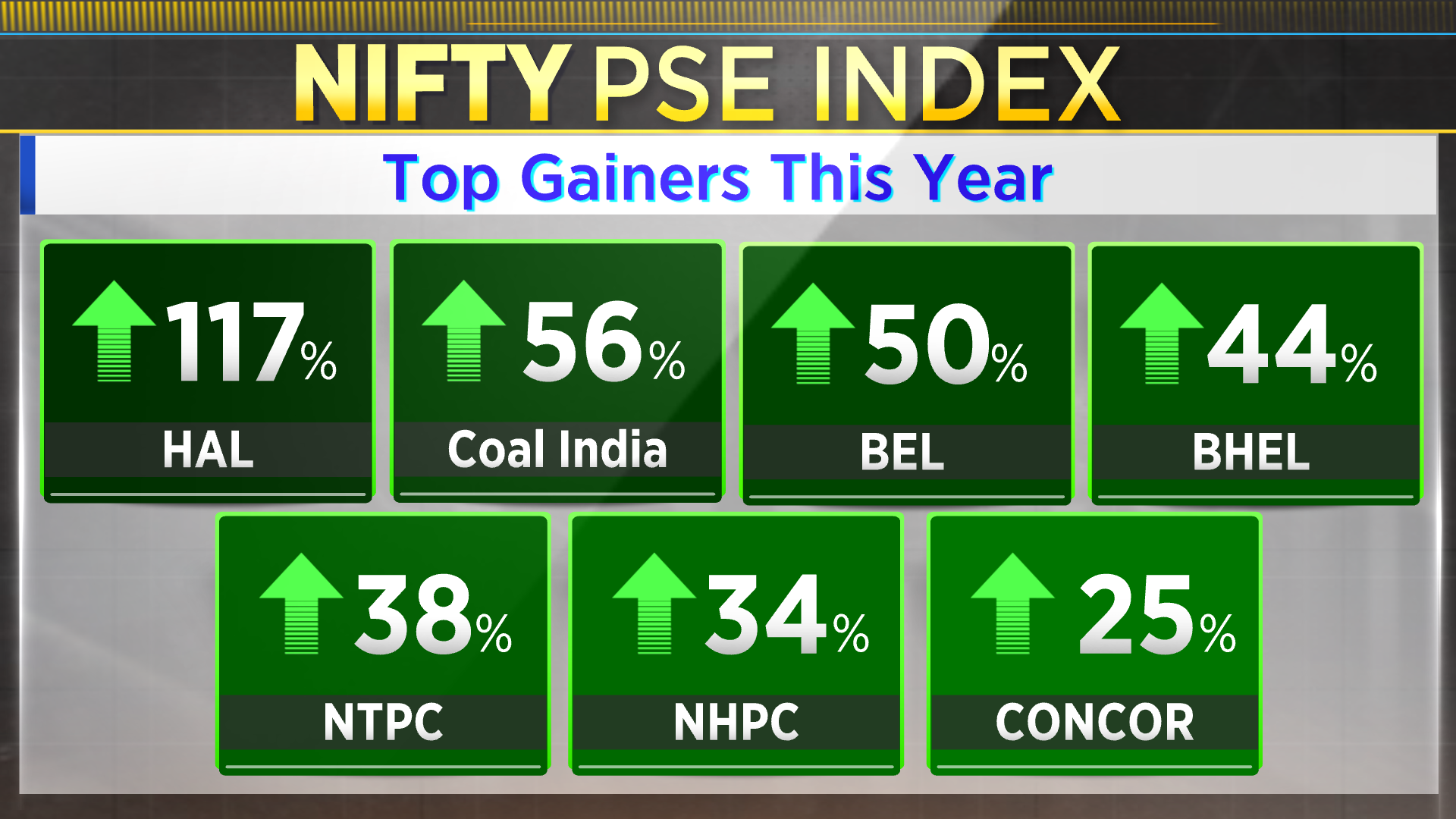 As of closing on Friday, December 16, 2022.
The Top Losers On The PSE Index
Metal names rank among the top losers for the year on the PSE index. The overhang on IRCTC also drags it to the list of underperformers, followed by the state-run refiners - HPCL and BPCL. As of closing on Friday, December 16, 2022.
Coal India has the highest dividend yield within the PSE index, while power finance companies come second in the list. Oil PSUs also trade with a dividend yield between 5-8 percent. Which are the big stocks which can break the index?
At 15 percent, NTPC commands the highest weightage on the PSE index, followed by Power Grid, ONGC and Coal India. Dividend yield will be a big trigger for these companies. The last quarter saw a large dividend payout to the government as well. 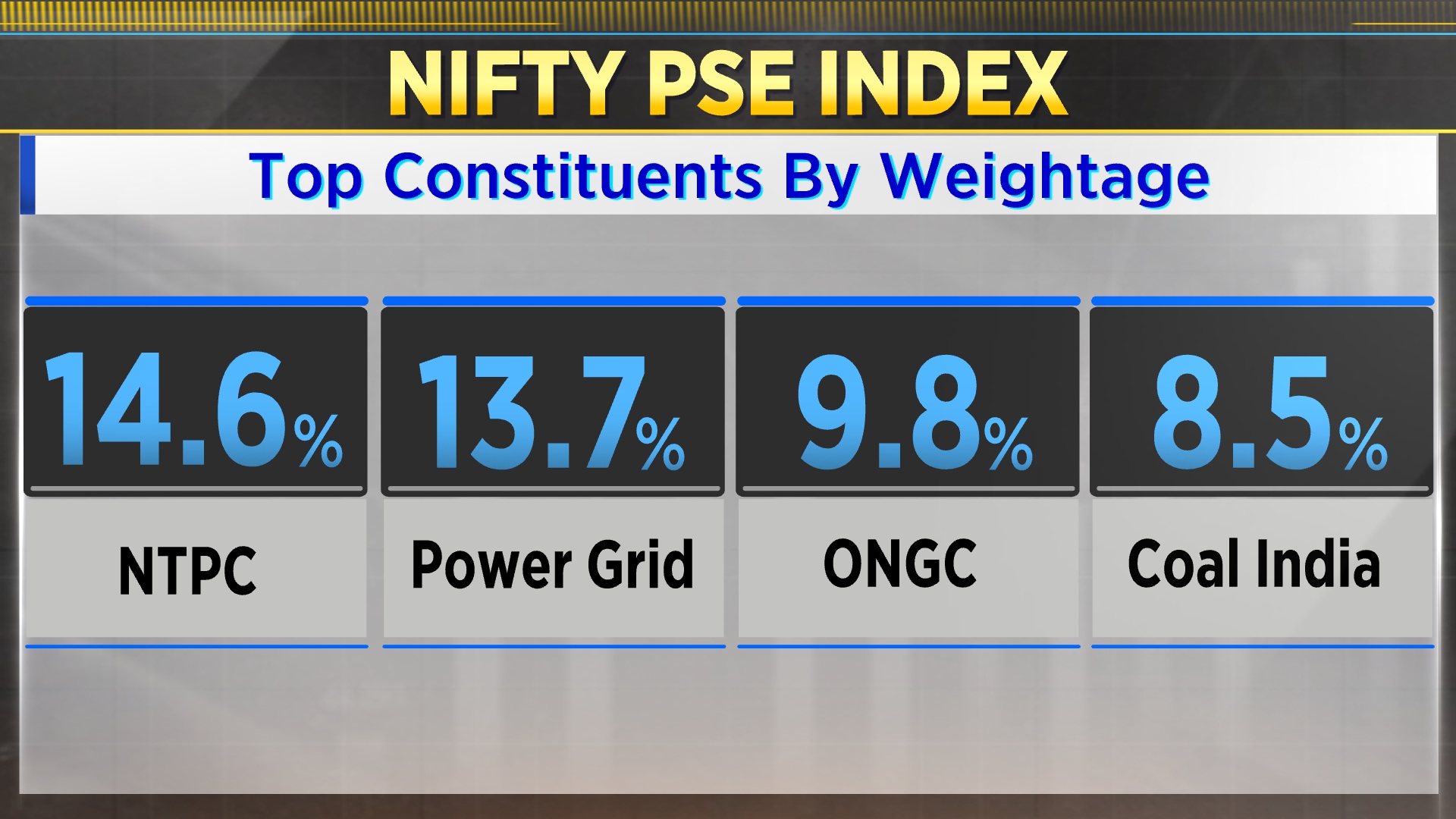