Stock Market Highlights: Indian benchmark equity indices, Sensex and Nifty ended Monday's trading session lower to end 1.5 percent each after selling in financials, auto and metal stocks. Banking heavyweights such as IndusInd Bank, ICICI Bank and Axis Bank were the top Nifty50 losers. On the other hand, Sun Pharma, Reliance Industries and IT index helped the market to cap minor losses. GAIL was the Nifty50 top gainer while IndusInd Bank was the index top loser.

2. Sensex, Nifty and Midcap index slip over 1% each, Nifty Bank falls over 3%

8. Reliance partly paid shares close at 700 against the listing of 685

9. BHEL amongst top Midcap losers after disappointing earnings in Q4

12. Market breadth in favour of declines; advance-decline at 1:1

The Indian market recovered slightly in the last hour of trading session on Monday helped by the gains in IT stocks, RIL and Sun Pharma.

Except pharma and PSU Bank index, all other indices ended in the red.

We are in a new bull market. Expect India to see some economic recovery, says Mark Mobius to CNBC-TV18

Mark Mobius, founder of Mobius Capital Partners says that this is a new bull market. The bull markets always have to climb a wall of worry and every day brings a new worry, he said.

He added that people around the world are fed up of the lockdown, while governments will have a tough time imposing harsh lockdowns henceforth.

He expect sIndia to see economic recovery and people getting back to work soon. India & China are at the top of the pecking order in our portfolio as India is up 22 percent from the bottom, which is a good performance. The recovery possibilities are much greater for the emerging economies and believe that sectors like healthcare and infra will dDo well, he further said.

Rupee Update: The Indian currency ended with losses in today's session in-line with the weak sentiment in the equity indices. The rupee ended at 76.03 against the US dollar as compared to Friday's close of 75.84. This is the lowest closing for the Indian currency since April 28 this year. 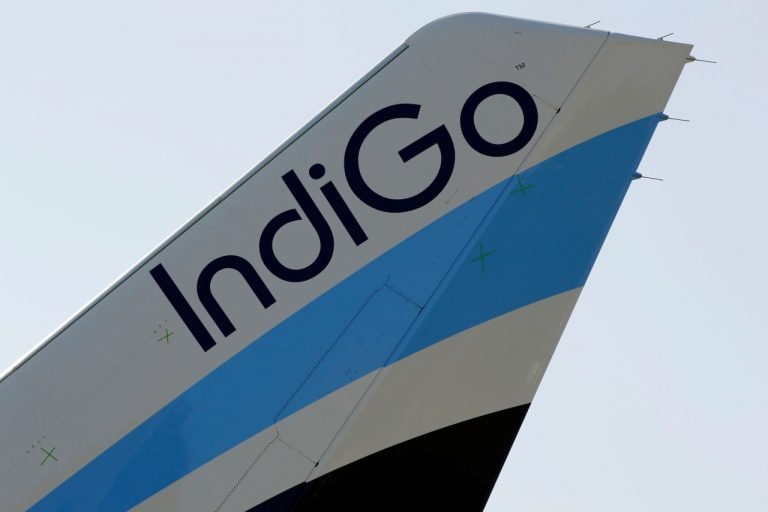 Tata Motors' shares slip nearly 5% ahead of its Q4 earnings

Tata Motors' shares slipped neary 5 percent on Monday ahead of its March quarter earnings. CNBC-TV18 poll expects the car manufacturer to report weak performance across segments due to the lockdown imposed on account of COVID-19.

According to the CNBC-TV18 poll, the consolidated revenue for the March quarter ended 2020 is expected at Rs 60,951 crore. Click here to read more

Lakshmi Vilas Bank, on Monday, announced that it has recieved a non-binding letter of intent (LoI) received from a potential investor.

In a regulatory filing, the lender said that it has received a preliminary, non-binding letter of intent from Clix Capital Services, adding that the Board of Directors of the Bank has considered the LoI for further processing in their meeting held today ( 151h June 2020).

Under the non-binding LoI, the proposed transaction is subject to completion of due diligence, which the Bank and the intending parties will be carrying out and will be subject to regulatory and other customary approvals, it added.

Post the announcement, the stock hit a 5 percent upper circuit at Rs 15.30 on BSE. 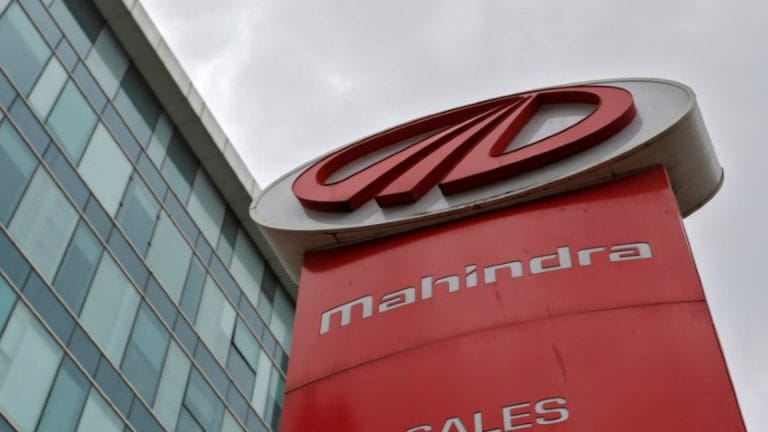 Jaikishan Parmar, Equity Research Analyst from Angel Broking says Indian Life Insurance industry is in a phase of high growth and lower penetration will ensure that the growth remains higher for next couple of years.

"SBI Life, with its strong brand name and wide distribution network, is one of the best plays for Indian Life Insurance industry. Further, historically, insurance products have seen growth post-pandemic scenario. At the cut off rate Rs 742.6, the offer for sale is offered at 2.7x its Embedded Value of Rs 27,640 crore," said Parmar.

He further added, "We believe SBI Life will continue to gain market share considering its bancassurance strength and operational efficiency. Hence, we recommended investors to “SUBSCRIBE” to the issue with long term perspective."

Shares of Bharat Heavy Electricals (BHEL) lost nearly 10 percent on Monday after the company reported a weak set of numbers for the March quarter FY20. BHEL posted a net loss of Rs 1,532.18 crore in Q4FY20 as compared to a net profit of Rs 676 crore in Q4FY19.

In Q4, the company reported consolidated net sales of Rs 5049.81 crore down nearly 50 percent from the year-ago quarter.

The company said that manufacturing facilities and site executions were inoperative from March 23 to 31 which along with the COVID-19 impact globally (before the lockdown in India) impacted the revenues. 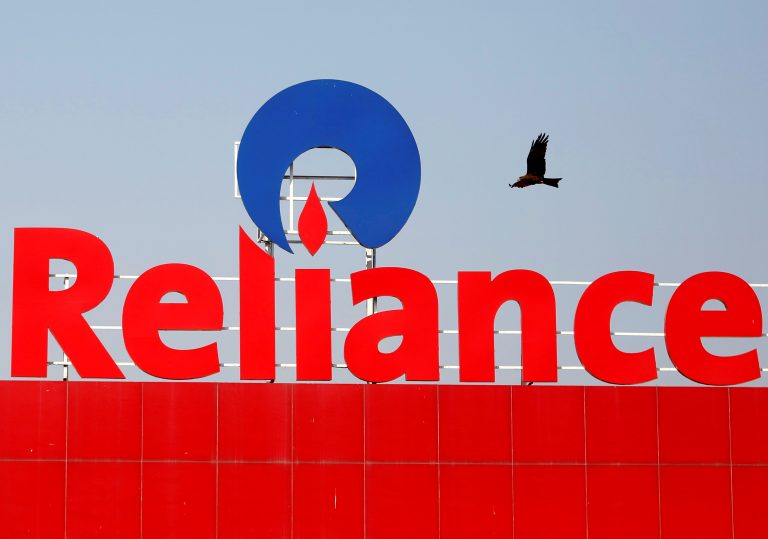 Investors who seemed to have missed the rally in RIL shares got the same opportunity in the RIL rights issue -- the chance to make about 80 percent returns.Get latest Market online at cnbctv18.com

European stocks were sharply lower on Monday morning amid concerns over a resurgence of the coronavirus in Asia and the U.S. as lockdowns are eased, reported CNBC International. The pan-European Stoxx 600 fell 2.5 percent in early trade, with basic resources tumbling 4.1 percent to lead losses as all sectors and major bourses slid into negative territory.

Buzzing Stock: Dr Reddy's Labs' share price rose as much as 3 percent to Rs 4,126.95 on the NSE after company entered into a non-exclusive licensing agreement with Gilead Sciences, Inc. This deal will grant Dr. Reddy’s the right to register, manufacture and sell Gilead’s investigational drug, Remdesivir, a potential treatment for Covid-19. At 1:14 pm, the stock traded 0.21 percent higher to Rs 4,016.25.

Border standoff has led to rising popular call for boycott of Chinese goods. Already India was eyeing bizs leaving China post the tariff war with the US. How feasible is business without China? We ask RC Bhargava, Chairman of @Maruti_Corp pic.twitter.com/Bj2toxuJpO

The SC, in its comments, was clear that a staggered payment schedule can't be provided without clear security or undertaking by the telecom operators.

"Telecom operators are assessing the value of the tangible assets. Net assets will play a sizable role in functioning as the security that is being asked from them," said a source aware of the development. Read more

Tata Motors' shares slip nearly 5% ahead of its Q4 earnings

Tata Motors' shares slipped neary 5 percent on Monday ahead of its March quarter earnings. CNBC-TV18 poll expects the car manufacturer to report weak performance across segments due to the lockdown imposed on account of COVID-19.

According to the CNBC-TV18 poll, the consolidated revenue for the March quarter ended 2020 is expected at Rs 60,951 crore.

During the same quarter last year, the company had reported a revenue of Rs 86,422 crore.

The net loss expected in Q4FY20 is Rs 2,305 crore as compared to the profit of Rs 2,216 crore made last year. The EBITDA (earnings before interest, tax, depreciation and amortization) is expected to decline 48 percent year-on-year (YoY) to Rs 4,365 crore.

Shares of Mahindra & Mahindra (M&M) rose nearly 10 percent in 2 days after reporting its March quarter numbers. The rise in sentiment was also upbeat as brokerages increased their target price for the stock post the earnings. After rising 7 percent on Friday, the stock rose extended gains to rise as much as 2.35 percent to Rs 520.70 per share on the BSE on Monday. M&M reported a net loss of Rs 3,255 crore in Q4FY20 on account of one-time exceptional loss of Rs 3,578 crore. The profit before one-time loss stood at Rs 890 crore as against a profit of Rs 1,515 crore in the same period last year, the company said in a regulatory filing.
Share:

Shares of Bharat Heavy Electricals (BHEL) lost nearly 10 percent on Monday after the company reported weak set of numbers for the March quarter FY20. BHEL posted a net loss of Rs 1,532.18 crore in Q4FY20 as compared to a net profit of Rs 676 crore in Q4FY19. In Q4, the company reported consolidated net sales of Rs 5049.81 crore down nearly 50 percent from the year-ago quarter's Rs 9838.35 crore.
Share:

Pharma may have run up, but there is a lot still going for the sector, says Tata MF CIO

Pharma may have run up, but there is a lot still going for the sector, says Tata MF CIO. Get latest Business online at cnbctv18.com

Gold prices were little changed on Monday after posting their best week since early April as fears of a second wave of coronavirus infections in Beijing cut investors' appetite for riskier assets. Spot gold was steady at $1,729.40 per ounce as of 0316 GMT. US gold futures eased 0.1 percent to $1,734.90. The metal climbed 2.6 percent last week, posting its biggest weekly gain since April 10.
Share:

Seven of the 10 most valued domestic companies together lost Rs 78,127.74 crore in market valuation last week, with HDFC Bank taking the biggest knock.

From the top-10 list, only Reliance Industries Limited, Hindustan Unilever Limited (HUL) and HDFC ended the week with gains.

Shares of Eicher Motors rose 3 percent to Rs 17,367.85 on the BSE even after the company reported a 44.22 percent decline in March quarter (Q4FY20) consolidated profit after tax (PAT) at Rs 304 crore. Its consolidated total revenue from operations stood at Rs 2,208 crore for the quarter under consideration as against Rs 2,500 crore for the same period of the previous year.

Rupee Update: the Indian currency opens with losses, in-line with the equity indices and a weak sentiment across the globe over concern of rising cases of coronavirus. The Indian rupee opened at 75.92 against the US dollar as compared to Friday's close of 75.84. Last week, the currency stood as the worst-performer amongst its Asian peers.

India's forex reserves cross $500 billion for the first time. Here are the findings

India’s foreign exchange reserves crossed an important milestone of $500 billion on June 5. This demonstrates India’s substantial external-sector strength, but at the same time opens up a few interesting policy dilemmas. FX Reserves have gone up by $40 billion in 2020, in particular by $22 billion from May onwards. After adjusting for valuation changes and return on forex reserves, the net forex intervention in 2020 could be $30bn. More here
Share:

Among brokerage calls for the day, CLSA and Jefferies raised the target price for M&M post its March quarter results while CLSA downgraded Eicher Motors to 'underperform'. Here are the top calls for…

Petrol price on Monday was hiked by 48 paise per litre and diesel by 23 paise a litre as oil companies for the ninth day in a row adjusted retail rates in line with costs since ending an 82-day hiatus in rate revision. Petrol price in Delhi was hiked to Rs 76.26 per litre from Rs 75.78, while diesel rates were increased to Rs 74.26 a litre from Rs 74.03, according to a price notification of state oil marketing companies. Rates have been increased across the country and vary from state to state depending on the incidence of local sales tax or VAT.
Share: