Indian equities edged lower on Friday, dragged by IT stocks, even as Asian shares recovered from a three-week low though concerns over trade negotiations between China and the United States lingered.  The Sensex ended 216 points lower at 40,359, while the Nifty50 index ended 52 points lower at 11,916. For the week Sensex was up 0.03 percent and Nifty rose 0.2 percent.

Here's a quick round up market action from the day:  - Sensex and Nifty Close With A Cut Of 0.5 percent Each After A Rangebound Trade

- IT Stocks Under Pressure On H-1B Visa Concern, Contribute 70 percent To Nifty Fall 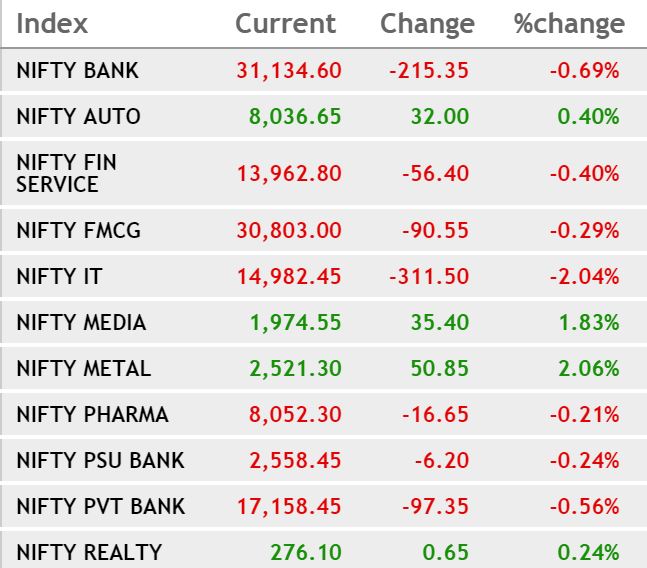 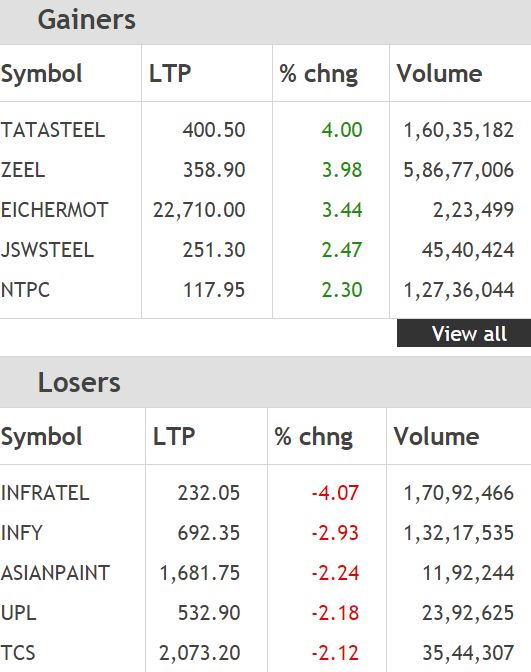 CSB Bank IPO opens today: Here is what brokerages say about the IPO. Is it worth subscribing? 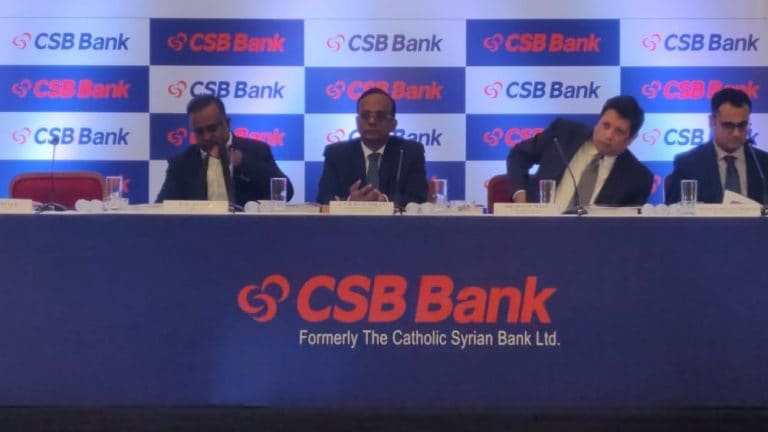 NTPC share price rose 3 percent intraday on November 22 after Morgan Stanley upgraded the rating of the company to overweight, with a target at Rs 152 per share. The company's fixed costs under-recovery was reducing, while potential government stake sale remained an overhang, the brokerage house said. The steady commissioning should drive earnings and risk-reward was attractive as two of the three concerns either reversing or known, it added.

CSB Bank will continue to focus on gold, plans expansion in MSME, says CEO CVR Rajendran Kerala-based private sector lender CSB Bank’s initial public offering (IPO) opened today with a price band of Rs 193 to 195. They are looking to raise a little over Rs 400 crore in the market. It’s a mix of an offer for sale (OFS) and some fresh share sale as well. CEO and managing director CVR Rajendran in an interview with CNBC-TV18 said CSB Bank will continue to focus on gold and it will remain one-third of the bank's portfolio. “The yields are good. We get around 11.5 percent as a portfolio yield on gold today and there is a possibility of increasing the price." READ MORE
Share: The heightened financial risk associated with the large unpaid adjusted gross revenue (AGR)-related dues in the telecom sector has prompted Fitch Ratings to keep ‘Negative’ outlook on the sector for the year 2020. The tariff hike by telecom operators and a two-year moratorium on payment of spectrum dues, though positive for the industry, but may not be sufficient to offset the impact of the recent Supreme Court judgement for incumbents Bharti Airtel and Vodafone Idea, Fitch Ratings said in a report. READ MORE

DHFL resolution plan: RBI appoints 3-member Advisory Committee to help the Administrator The Reserve Bank of India on Friday has appointed a three-member Advisory Committee to assist the Administrator of Dewan Housing Finance Corporation Ltd (DHFL) in discharge of duties. The three members of the Advisory Committee include, Dr Rajiv Lall, NS Kannan and NS Venkatesh. Lall serves as the non-executive chairman in IDFC First Bank ltd, while Kannan is managing director and chief executive officer in ICICI Prudential Life Insurance Co. ltd. Venkatesh is chief executive in the Association of Mutual Funds in India.

The RBI also said that "the Insolvency and Bankruptcy (Insolvency and Liquidation Proceedings of Financial Service Providers and Application to Adjudicating Authority) Rules, 2019 provide for the concerned financial sector regulator appointing a Committee of Advisors to advise the Administrator in the operations of the financial service provider during the corporate insolvency resolution process." READ MORE

Here are the top buy and sell ideas by stock market expert Pritesh Mehta of Yes Securities - Sell Titan with a stop loss of Rs 1,160 and target of Rs 1,050.

Here's a quick catchup of all the market action till now:

- Indian shares were trading lower on Friday dragged by IT and banking stocks. The Sensex was trading 230 points lower, while the Nifty was around 11,900 level. 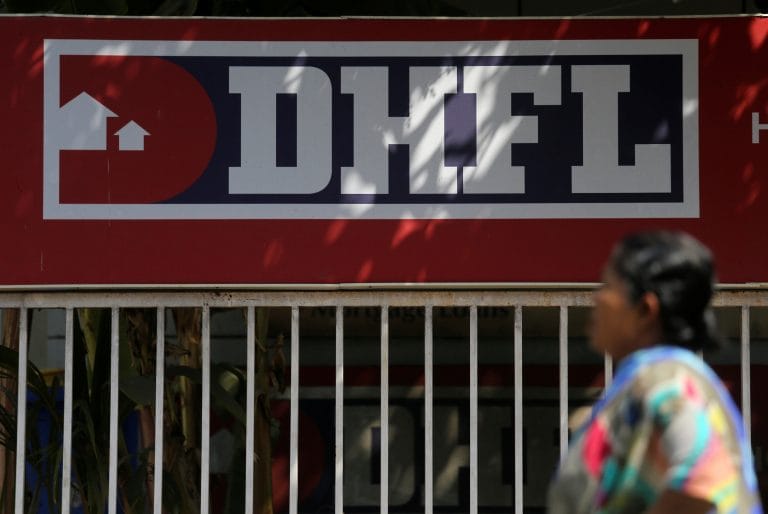 RITES share price slips 3% as govt to sell stake RITES share price slipped more than 3 percent intraday on November 22 after government said it was going to sell 2.5 crore shares in the company. The President of India, acting through and represented by the Ministry of Railways, Government of India, a promoter of RITES, proposed to sell up to 2,50,00,000 equity shares (representing 10% of the total issued and paid-up equity share capital of the company) on November 22 for non-retail investors only and on November 25 for retail investors and for non-retail investors, it said.
Share:

Airtel, Vodafone Idea may file review petition against AGR verdict today Bharti Airtel and Vodafone Idea are likely to file a review petition today against the Supreme Court's AGR verdict which held that all revenues, except for termination fee and roaming charges, will be a part of the adjusted gross revenue (AGR). Telcos had argued that non-telecom, non-core revenues should not be a part of the AGR. The SC judgement exposed the incumbent telcos to demands by DOT of up to Rs 1.33 lakh crore. “You are entitled as a party to seek a review of the entire judgement, especially in the case of this judgement which in my view proceeds on a wrong premise," said senior advocate Meet Malhotra. READ MORE
Share:

Note: Refer the chart as per Dollar pic.twitter.com/SBMgKqnGjh

Sugar stocks under pressure over reports that production in Maharashtra likely to be lower Shares of Sugar companies were under pressure on Friday amid reports that sugar production in Maharashtra is likely to take a hit this year as poor climatic conditions have caused large-scale damage to sugarcane crop. Shares of Balrampur Chini Mills, Avadh Sugar, Bannari Sugar, Dalmia Bharat, Dhampur Sugar, Dwarikesh Sugar, Uttam Sugar, Mawana Sugar traded lower by up to 3 percent. Only 150 sugar factories in Maharashtra are likely to be operational this year compared to 195 last year, PTI reported. READ MORE
Share:

DHFL shares jump 5% on report Adani Group interested in buying the company Shares of Dewan Housing Finance Corporation Ltd (DHFL) were locked in 5 percent upper circuit in trade on Friday. The stock gained on reports that the Gautam Adani-led Group could be a strong contender to take over the crisis-hit non-banking finance company. DHFL shares opened at an upper price band of Rs 22.20 per share on the NSE. The stock had closed at Rs 21.15 on Thursday. So far this year, the NBFC's shares have dropped over 91 percent, while the 10-year return on the stock is negative by over 75 percent. In the last two days, the stock has gained over 10 percent. READ MORE
Share:

Revenue growth of IT companies to decline in FY21, banks may overtake, says Nirmal Bang

All Tier 1 IT companies are expected to report a decline in their revenue and profit growth for FY21, according to brokerage firm Nirmal Bang. The latest report by Nirmal Bang noted that the growth of Tier 1 IT companies has decreased further in the second quarter of FY20. The aggregate growth for Q2 was at 9.1 percent on a constant currency basis as against 9.7 percent year-on-year, the brokerage said. READ MORE

Here's a quick catchup of all the market action till now:

- Indian shares were trading lower on Friday dragged by IT and banking stocks. 4 out of top 5 losers belong to the IT index.

- The Sensex was trading 100 points lower, while the Nifty was below 11,950 level. - Tech Mahindra, HCL Tech, TCS, and Kotak Bank are the top losers on Sensex, while NTPC, Yes Bank, PowerGrid, and ITC were the top gainers - CSB Bank's initial public offering (IPO) opens for subscription today and has a price band of Rs 193 to Rs 195 per share. Analysts said the bank has become adequately capitalised after investments from Fairfax India Holdings, which acquired 51 percent in CSB Bank in February 2019.
Share:

FY21: Yet another earnings growth mirage? 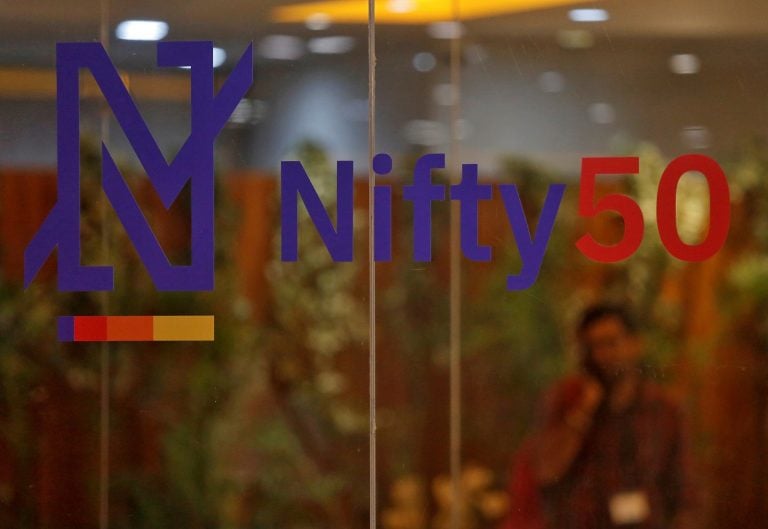 CSB Bank IPO opens today: Should you subscribe? CSB Bank's initial public offering (IPO) will open for subscription on November 22 and has a price band of Rs 193 to Rs 195 per share. At the higher end of the price band, the CSB Bank IPO aims to raise around Rs 410 crore. The IPO closes on November 26. Analysts said the bank has become adequately capitalised after investments from Fairfax India Holdings, which acquired 51 percent in CSB Bank in February 2019. Emkay Research in a note said, "The bank has done reasonably well in its first phase of transformation over the past 2-3 years, reducing the influence of unions, rationalizing branches and turning it from a capital-starved bank into a capital-excess bank after onboarding investor-cum-promoter Fairfax." READ MORE
Share: 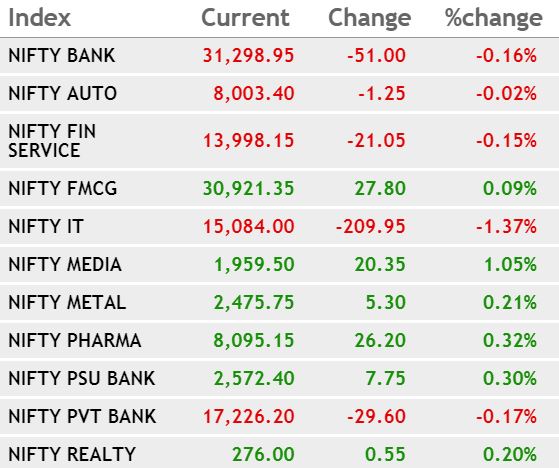 Here are the top Nifty losers at opening trade

Indian shares open flat on Friday as investors stay cautious amid worries over the status of trade negotiations between China and the United States. Meanwhile, Asian equities rose bouncing from a three-week low touched a day earlier, but gains remained capped on Us-China trade uncertainty. At 9:20 am, the Sensex was trading 21 points lower at 40,554, while the Nifty50 index lost 17 points at 11,950.

Top stock recommendations by Ashwani Gujral for Friday - Sell Tata Steel with a stop loss of Rs 390, target at Rs 375