CNBC-TV18’s top stocks to watch out for
Asian shares bounce from four-week lows, dollar pulls back
Oil falls but sentiment stays strong on hopes of demand recovery
Rupee falls 10 paise to 74.20 against US dollar in early trade
Nifty
Nifty SensexMCX

Indian shares rose on Friday, led by gains metal, banks and auto stocks, as trade tensions between the United States and China eased, boosting risk appetite. The BSE Sensex settled 428 points higher at 41,010, and the Nifty50 ended 115 points higher at 12,087.

- US-China Reach Phase One Of Trade Deal; Market Joins The Sea Of Green With Global Indices

Indian shares rose on Friday, led by gains metal, banks and auto stocks, as trade tensions between the United States and China eased, boosting risk appetite. The rupee also remained strong, after hitting its highest since September 30 at 70.510 earlier in the session. The BSE Sensex settled 428 points higher at 41,010, and the Nifty50 ended 115 points higher at 12,087. Nifty Midcap and Nifty Smallcap indices were also nearly 1 percent each.

Axis Bank, Vedanta, Hindalco, SBI, and Maruti were the top gainers on the Nifty50 index, while Dr Reddy's, Bharti Airtel, Zee, Kotak Bnak, and UPL led the losses. All sectoral indices were trading in the green for the day. Nifty PSU Bank rose the most, up 4 percent, followed by Nifty Metal, which rallied 2.3 percent. Nifty Realty and Nifty Auto were also up 1.6 percent each, while Nifty Bank and Nifty IT advanced 1 percent and 1.5 percent, respectively. This is the most attractively priced largecap stock in India, according to CLSA Strong earnings, recent tariff hikes by Jio and Saudi Aramco deal have kept investors and brokerages positive on Reliance Industries (RIL). Currently trading around Rs 1,500 per share, the company's stock is expected to rise to Rs 2,010 per share by December 2020, according to global brokerage firm CLSA.

In its latest report, CLSA has maintained a 'buy' call on Reliance Industries, saying that it expects a 28 percent upside in the stock. Despite being a growth leader, the company trades near the bottom range of price-to-earnings ratio (PE) and PEG and is the most attractively priced largecap growth stock in India, the brokerage firm believes. READ MORE

Top stock ideas to invest in 2020 by Axis Securities

Here's why Nomura has picked these 3 infra stocks Indian road infrastructure sector offers a lot of opportunity, as the central government alone has pipelined Rs 8.5 trillion in it, brokerage Nomura said in a report. With a strong execution track record, lowest leverage and a strong orderbook, PNC Infratech is Nomura’s preferred pick in the sector. The brokerage has also KNR Construction and Dilip Buildcon in its favourite list.

It maintained ‘Buy’ rating on PNC Infratech and raised the target price (TP) to Rs 278 from earlier Rs 267. The brokerage also increased its financial year (FY) 2020/21 EPS (earnings per share) estimates by 23 percent/13 percent to account for the new orders it won and higher-than-expected execution. The H1FY20 execution highlights that the company management's guidance is conservative, but further cash flows from asset sales add comfort to an already low-debt balance sheet, the brokerage said. READ MORE

The December automobile sales numbers are expected to be better than or at least close to last year's, according to the Federation of Automobile Dealers Association (FADA).

The comments come after the domestic automobile sales dropped 12 percent year-on-year in November after a brief festive cheer in October, as the data released by the Society of Automobile Manufacturers (SIAM) on Tuesday showed. 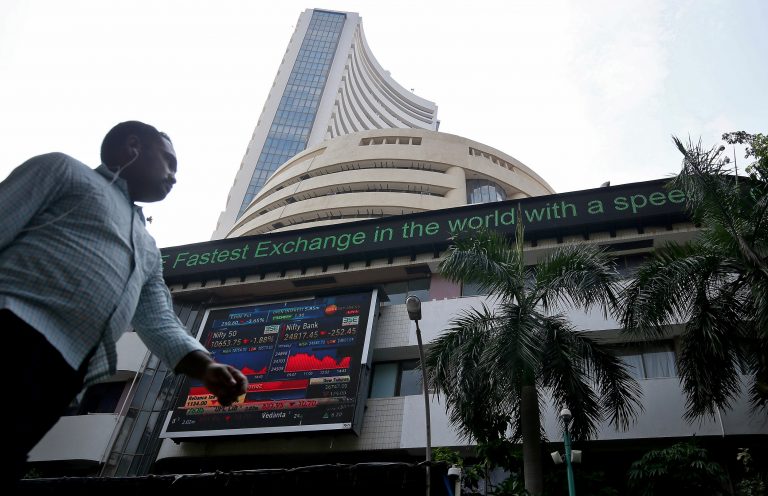 Looking at 5% GDP growth for the year, says Indranil Pan of IDBI First Bank The November retail inflation hit a 40-month high, while the October industrial output fell 3.8 percent year on year, dropping for the third straight month, with all three major sectors -- mining, manufacturing and electricity - shrinking, according to the government data published on Thursday. There are reports that FII limits may rise to 10 percent for G-Secs. Will this ensue a rally in bonds, is the big question.

Amandeep Chopra, group president and head of fixed income, UTI Mutual Fund is of the view that while the increase in the foreign institutional investor (FII) limit could be somewhat positive, it won't be a big driver because if one were to look the recent flow data, even with the existing limits have barely been utilised meaningfully. READ MORE

Nifty Bank less than 70 points away from record high 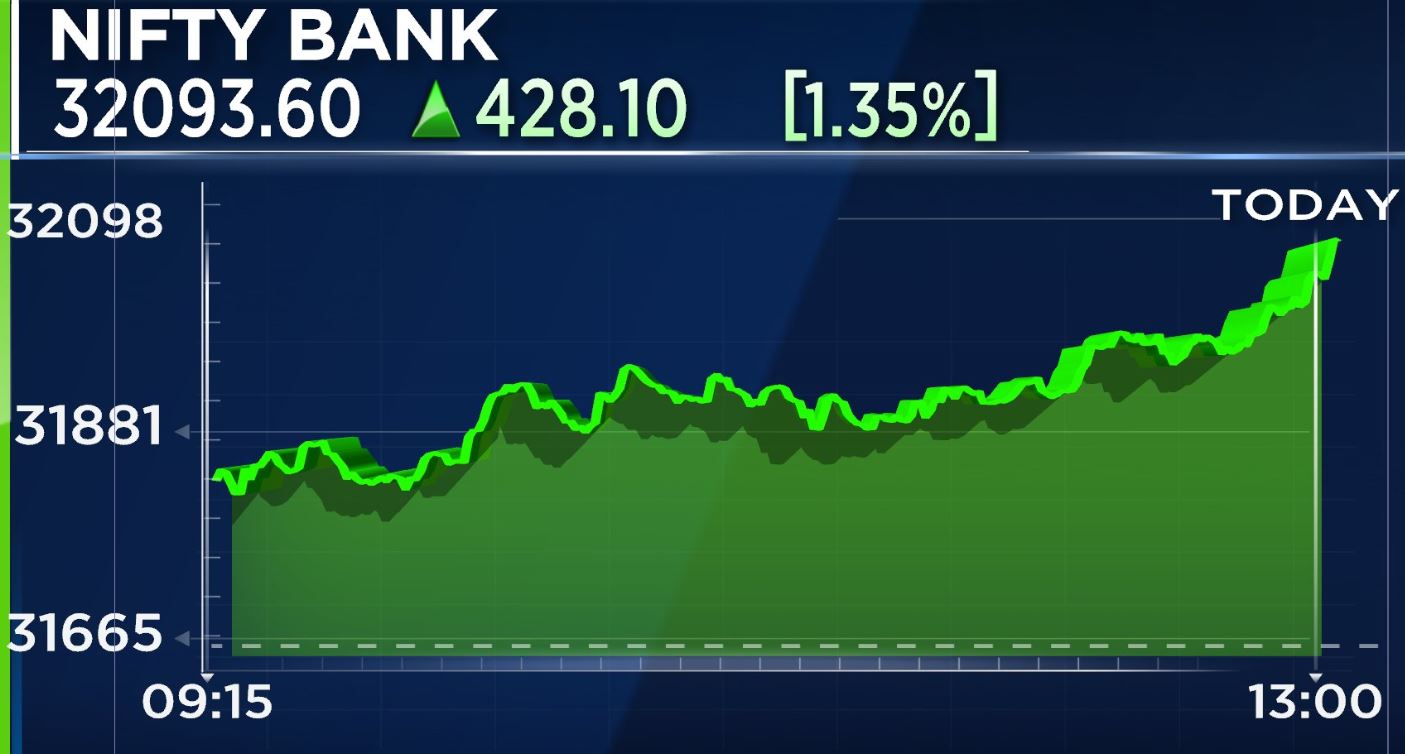 Navin Fluorine announces Rs 450-crore project, share price rises 3% Navin Fluorine International share price rose more than 3 percent intraday on December 13 after the company announced a Rs 450-crore investment in a new project in Gujarat’s Dahej. The company was planning a capex programme at Dahej through a wholly owned subsidiary with an estimated aggregate capital outlay of over Rs 450 crore over the next three-four years, it told BSE.
Share:

Nifty Metal rises 3% after US, China agree on interim deal The Nifty Metal surged almost 3 percent in trade on Friday with the shares of Hindustan Copper, Vedanta, SAIL, Hindalco, Tata Steel, JSW Steel rising between 2 and 4 percent. Out of the 15 companies on the index, 14 were trading in the green.  So far this year, the Nifty Metal index has lost almost 17 percent, while the three-year return on the stock, too, is negative by over 7 percent. The index advanced as the outlook for metal companies improved after US President Donald Trump approved an interim trade deal with China. "Getting VERY close to a BIG DEAL with China. They want it, and so do we!" Trump tweeted. READ MORE
Share:

The share price of Dr Reddy's Laboratories slipped 4 percent on Friday after Amneal Pharmaceuticals launched its first generic of NuvaRing in the US, one of the largest markets for most of the Indian drugmakers.

Amneal's entry into the market will not benefit the earnings of Hyderabad-based Dr Reddy's, said Jefferies in its report. It further said that Dr Reddy's will likely launch the product in H2FY21, giving Amneal a one-year head start in the billion-dollar market.

The share price of Tata Motors rallied over 6% on Friday after Conservative Party leader Boris Johnson wins the UK elections with a huge mandate.

Johnson's win comes as a big support on the company as it's 20 percent of JLR revenues come from UK, which is a positive development for the auto giant.

Bharat Bond ETF subscribed by 1.7 times on launch day The New Fund Offer of Bharat Bond ETF, India’s first debt exchange-traded fund (EFT) that was launched on Thursday, was subscribed by 1.7 times for Rs 2,980 crore, the government said. The anchor book was oversubscribed by 1.7 times @ INR 2980 cr, the secretary of the Department of Investment and Public Asset Management tweeted. The offer for the ETF, comprising debt of state-run companies, will remain open for all investors from December 13 to December 20. The Bharat Bond ETF, will have a fixed maturity of three and ten years and will trade on the local stock exchange. The ETF, with an offer size of Rs 7,000 crore, will invest in a portfolio of bonds of state-run companies and other government entities. READ MORE
Share:

UCO Bank, Corporation Bank rally up to 19% amid buzz over Essar resolution Shares of UCO Bank and Corporation Bank rallied up to 19 percent on Friday amid reports that payments from Essar Steel resolution are likely to arrive this month. On November 15, the Supreme Court of India pronounced that the resolution of Essar Steel would proceed as per the proposed resolution plan of October 18. The apex court accepted Arcelor Mittal's offer to pay an aggregate of Rs 42,000 crore as an upfront amount to the secured financial creditors of bankrupt Essar Steel. READ MORE
Share:

- The BSE Sensex was trading sround 350 points higher, while the Nifty was above 12,050 levels, less than 100 points away from its lifetime high. - Tata Motors, Vedanta, JSW Steel, Tata Steel, and Hindalco were the top gaienrs on the Nifty50 index, while Dr REddy's Bharti Infratel, Bharti Airtel, Kotak Bank, and Britannia led the losses. - Major buying was seen in metals, auto and banking space. Nifty Metal rallied nearly 3 percent, while Nifty Bank and Nifty Auto added 0.7 percent and 1.7 percent, respectively.
Share: 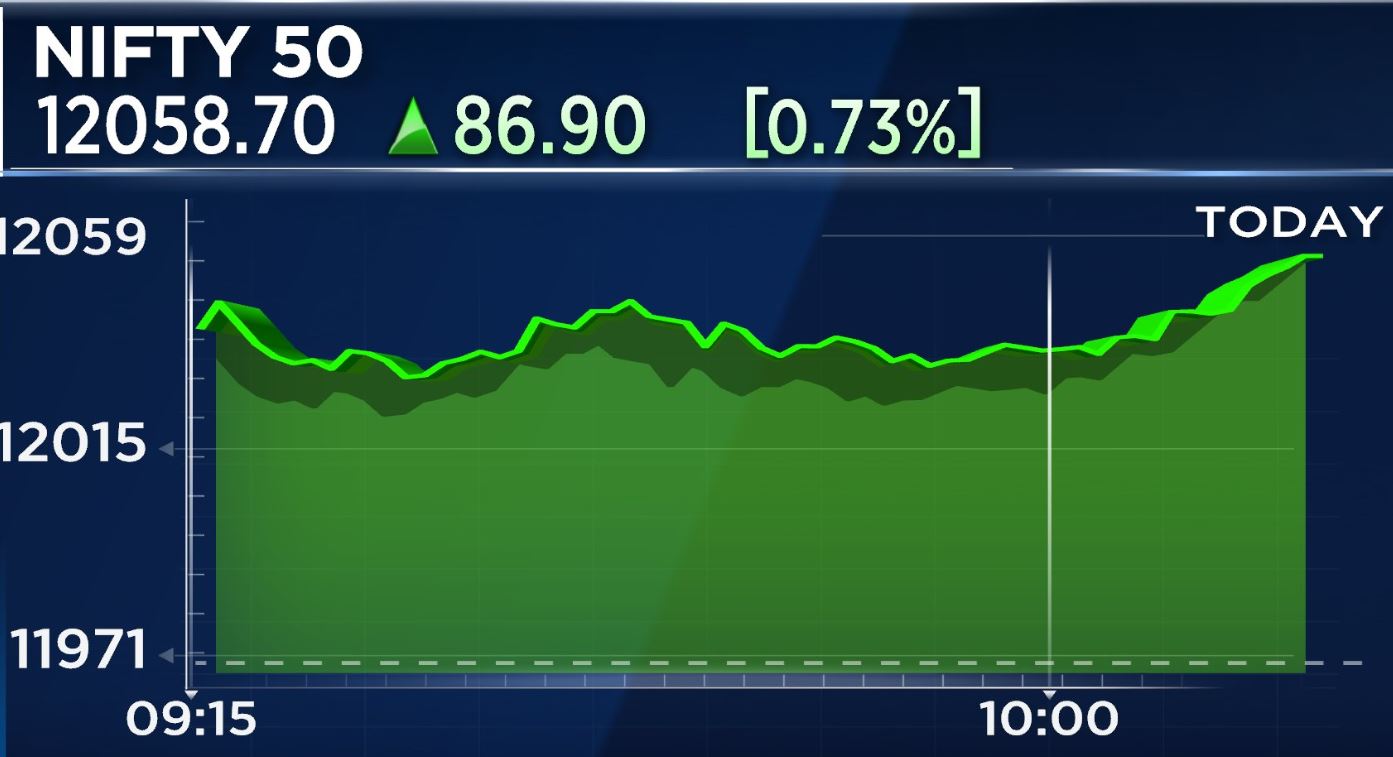 Deloitte Haskins and Sells LLP (DHS) failed to meet auditing standards when it vetted the books of IL&FS Financial Services Ltd (IFIN) for the 2017-2018 financial year, the country's audit watchdog said on Thursday. IFIN is an offshoot of Infrastructure Leasing & Financial Services (IL&FS), a major Indian infrastructure financing and construction firm that defaulted on some debts last year, triggering wider concerns about risk in India's financial industry. The reverberations of those defaults continue to be felt.

Triskaidekaphobia and Paraskevidekatriaphobia: What Friday the 13th holds for the Nifty

The Indian market opened higher on Friday, following global markets, after President Donald Trump said the country had reached a "deal in principle" with China. At 9:17 am, the BSE Sensex was trading 277 points higher at 40,859 and the Nifty50 was trading 75 points higher at 12,047.

Tata Motors, Vedanta, Tata Steel, Hindalco, and Yes Bank were the top gainers on the Nifty50 index, while Dr Reddy's Kotak Bank, Zee, and Infosys led the losses. All sectoral indices, except Nifty Pharma, were trading in the green in the opening trade. Nifty Metal index rose the most, up 2.3 percent, while Nifty PSU Bank added 1.5 percent at open. Nifty Auto also advanced over 1 percent and Nifty Bank and Nifty IT gained 0.5 percent each. However, Nifty Pharma slipped 0.4 percent in opening deals.

Sterling sparkles after election poll, yuan up on trade deal reports The pound rose to a three-and-a-half year high versus the euro and the highest in more than a year versus the dollar after exit polls suggested a win for the Conservatives, which should help ensure the UK's smooth exit from the European Union. The Chinese yuan rose in offshore trade and the Japanese yen fell after a source told Reuters that the United States and China have agreed some tariff reductions and a delay on tariffs set to go effect on December 15. The early results suggest the election will relieve almost four years of uncertainty about when Brexit would take place, which should be supportive of the pound. READ MORE
Share:

Top brokerage calls for December 13: Nomura, Morgan Stanley expect higher retail inflation in December Credit Suisse on CPI Inflation: Onions could take headline CPI inflation to 6.8 percent in December, said the brokerage, adding that inflation appears to be all about onions, garlic, and pulses. It further noted that this delayed fall in interest rates means weaker growth for longer.

Morgan Stanley on CPI inflation: Continued rise in food prices caused headline inflation to spike up, noted the brokerage. It expects a further increase in inflation to 6 percent YoY in December. The brokerage sees a lower probability of a rate cut in the next MPC meeting in February.