Indian shares reversed losses in the last leg of trade to ended higher on Wednesday, led by gains in IT and private bank stocks. The Sensex ended 173 points higher at 40,412, while the Nifty50 index ended 53 points higher at 11,910.

Indian shares reversed losses in the last leg of trade to ended higher on Wednesday, led by gains in IT and private bank stocks. Index heavyweights like HDFC, TCS, Kotak Bank and Infosys contributed the most to the indices. Meanwhile, Asian stocks also extended earlier gains, although advances were patchy ahead of US Fed meet.  The Sensex ended 173 points higher at 40,412, while the Nifty50 index ended 53 points higher at 11,910.

Broader markets were mixed for the day with Nifty Midcap up 0.8 percent and Nifty smallcap down 0.3 percent. Among stocks, GAIL, Zee, NTPC, IOC, and ONGC were the top gainers on the Nifty50, while Yes Bank, Vedanta, Hero MotoCorp, Bharti Airtel, and Hindalco led the losses.

All sectoral indices, except 2, ended the day in green. Nifty IT rose the most, up over 1 percent, followed by Nifty Media and Nifty Fin Services, which added around 0.7 percent each. Nifty Bank and Nifty Auto also advanced 0.4 percent each. Meanwhile, Nifty Metal lost 0.1 percent and Nifty PSU Bank fell 0.06 percent for the day. 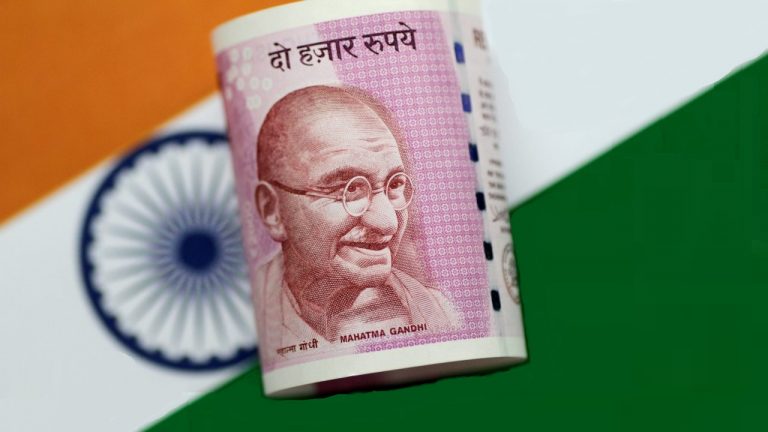 The Narendra Modi government wants to pump in up to Rs 5,000 crores in India Infrastructure Finance Company Ltd (IIFCL) to give a fillip to its lending capabilities. A proposal to this effect is listed for Cabinet approval on Wednesday. The proposed cash infusion aims to expand the role of IIFCL for infrastructure financing. Currently, IIFCL finances PPP (public-private partnership) projects largely. The proposal, according to highly placed sources at North Block, is to remove these restrictions and make IIFCL a more rounded financer. CNBC-TV18 learns that once the cabinet nod goes through, IIFCL will look to finance both public and private infrastructure projects. READ MORE YES Bank's board meeting on fundraising again remained inconclusive, as there was no confirmation on possible investors who may put money in the bank. Brokerage Macquarie in its report has raised questions on the bank's board after the latter announced a binding offer from Erwin Singh Braich, who has been involved in several lawsuits. The brokerage also questioned the source of the money. READ MORE

Adani Transmission Ltd (ATL) has decided to sell 25.1 percent stake in its subsidiary Adani Electricity Mumbai Ltd (AEML) to Qatar Investment Authority (QIA) for Rs 3,200 crore. In a regulatory filing, the company said ATL,  AEML and a subsidiary of QIA have signed definitive agreements for the sale of a 25.1 percent stake in AEML to QIA and for a shareholder subordinated debt investment by QIA in AEML. The total QIA investment in AEML will be approximately Rs 3,200 crore (equivalent to approximately $450 million), the company said. READ MORE

See 2020 as a year of consolidation; upbeat on midcap IT, corporate banks, says Aditya Narain of Edelweiss Securities Aditya Narain, head of research, institutional equities at Edelweiss Securities is of the view that the 2020 theme would be that of consolidation. "What the theme will also play through is markets taking on little bit more risk, which is moving down from the top-tier companies to effectively next level where you take on certain amount of risk but not going all the way down," he said.

With regards to their allocations he said 40-50 percent would be in largecaps, 30-40 percent in midcaps and about 10-15 percent in smallcaps. Talking about the carnage seen in midcaps, he said the challenge is that there is liquidity in the system, expectations too are building but the ability to inflate the bottom-end of the economy needs more. So, until that starts happening, midcaps and the smallcaps will face a little bit more challenge, he said in an interview with CNBC-TV18. READ MORE

Saudi Aramco lists at 35.20 Riyal/Sh Vs the issue price of 32 Riyal/Sh on Tadawul stock exchange

- Uncertainty over fundraising saw YES Bank stock coming under heavy selling pressure. The bank's share slipped over 19.38 percent intraday on Wednesday. At 12:15 pm, the bank's share was trading 16.42 percent lower at Rs 42.25 on the NSE.

US Fed and ECB meetings will decide how the rupee acts and RBI reacts Markets are in a pause mode, waiting for the storm to hit once again. Approaching year end, liquidity tends to dry up as market participation by traders drops. Because of this fall in trading volumes, there could be more than usual volatility if any of the scheduled events affect prices in a negative way. Talking about Federal Open Market Committee (FOMC) meeting scheduled for later today, policymakers' updated projections for the US economy and interest rates will be the main focus to assess whether they think the rate cuts so far are enough to keep the economy rolling for another year. READ MORE
Share: Global gold prices stall ahead of US Fed policy statement, tariffs deadline Global gold prices remained unchanged on Wednesday, with market activity largely subdued ahead of the US central bank's economic policy statement and a fast-approaching tariffs deadline, while palladium hovered close to previous session's record. Spot gold was steady at $1,463.59 per ounce by 0345 GMT. US gold futures were also flat at $1,468. "The market is in a holding pattern. Stocks, oil, currencies and gold are awaiting the events that are coming in the second half of the week," said Jeffrey Halley, senior market analyst, Asia Pacific at OANDA. The US Federal Reserve will issue the statement of its December policy meeting later in the day. READ MORE
Share:

Vodafone Idea shares surged nearly 8 percent in early trade after the Economic Times reported that the company is in talks to sell its 156,000 km of optic fibre assets to Brookfield Asset Management and its data centre located in Navi Mumbai to the Edelweiss Group. Bank of America and Morgan Stanley are helping Vodafone negotiate with potential buyers, the newspaper reported, citing a person privy to the discussions. Vodafone Idea shares rose as much as 7.9 percent to Rs 7.08 per share on the BSE. READ MORE

Market unfortunately picked up that there might be uncertainty around investments; timing of board meeting could have been better, says Ravneet Gill of @YESBANK
#OnCNBCTV18 pic.twitter.com/a1DRWtRlBY

PC Jeweller share price touched its 52-week low of Rs 21.05, down 8.5 percent in early trade after CARE Ratings downgraded the medium-term instrument of the company. The rating agency downgraded the ratings of the fixed deposit programme of the company to CARE D (FD). The revision in the rating assigned to the medium-term instrument of company factors in stressed liquidity position and deterioration in the financial flexibility of the company which has led to instances of devolvement of Letter of Credits (LC) and overutilisation in its working capital limits for more than 30 days.

YES Bank share slips 7% due to uncertainties over fundraising Uncertainty over fundraising saw YES Bank stock coming under heavy selling pressure. The bank's share slipped over 7 percent on Wednesday. YES Bank informed the exchanges that Srinivas Solaraj-led Citax Holdings and Citax Investment Group have made an offer to invest $500 million, which is much lower than the $2-billion the bank was looking to raise. READ MORE
Share:

Here's why you should invest in Bharat Bond ETF, according to Edelweiss AMC CEO Radhika Gupta DoT orders telcos not to delay payment of AGR

The Department of Telecom (DoT) has asked telecom licence holders to fasten the process of self-assessment of adjusted gross revenue (AGR) based dues and their payment of over Rs 1.47 lakh crore, reported CNBC Awaaz.

The DoT last week communicated to all telecom companies against any delay in the payment of AGR dues and has asked them to seek clarifications by December 13 on any doubts they may have regarding the recent Supreme Court judgment, according to a DoT letter sent to the companies and viewed by CNBC Awaaz. READ MORE

YES Bank: Here's what an investor should do now Now that YES Bank is out of F&O ban, I want to make a few quick points. I do hope the blog and warnings I had written on it were heeded to. For starters, the stock is down 26 percent this month and futures are down much more with a discount of over Rs 4 (almost 8 percent), which is unheard of for an index stock. So who created all these shorts while the stock was in ban or even before?

If you believed all the source-based stories that a large and renowned US-based company will put capital in YES Bank, the joke is on you. It was very clear that there was an issue in getting good and credible names on the table. And this will now remain a big risk on whether the bank is able to raise capital or not as its survival depends on that. READ MORE

The Indian market opened marginally higher on Wednesday ahead of the inflation data, and US Fed policy. At 9:17 am, the BSE Sensex was trading 76 points higher at 40,316 and Nifty50 was trading 25 points higher at 11,882. Bharti Infratel, Zee, Tata Steel, Bajaj Finance, and Tata Motors were the top gainers on the Nifty50 index, while Yes Bank, SBI, UPL, RIL, and Wipro led the losses.

All sectoral indices, except Nifty PSU Bank, were trading in green at opening trade. Nifty Media and Nifty Metal rose over 0.6 percent each, while Nifty Pharma and Nifty Realty were up 0.3 percent and 0.4 percent, respectively. Meanwhile, Nifty Bank was flat, up 0.13 percent and Nifty Auto and Nifty IT gained 0.25 percent.

Top stock recommendations by Ashwani Gujral for Wednesday - Buy Bajaj Finance with a stop loss of Rs 3,970, target at Rs 4,060