Indian shares ended lower on Tuesday, amid broad based selloff, dragged by IT, metal, and banking stocks. The Sensex ended 247 points lower at 40,240, while the Nifty50 index ended 81 points lower at 11,857.

- Market Breadth Firmly In Favour Of Declines; Advance-Decline ratio at 1:3

Indian shares ended lower on Tuesday, amid broad based selloff, dragged by IT, metal, and banking stocks. Losses in index heavyweights like TCS, ITC, Axis Bank, and Reliance Industries also added to the fall. The Sensex ended 247 points lower at 40,240, while the Nifty50 index ended 81 points lower at 11,857.  Broader markets also underperformed the benchmarks with Nifty Midcap and Nifty smallcap down 1.3 percent and 1.1 percent, respectively. Amid increased uncertainties in the equity markets due to the US-China trade war and volatile crude prices, investors may continue to prefer safe-haven gold, which has advanced 20 percent so far in 2019. Market analysts expect gold prices to stay on the upward trajectory for some time. The prices of gold moved up 20 percent since January 2019 to the date. Gold rates hit a life-time high of Rs 39,885 level this year due to several global factors, including US Fed rate cut, geopolitical tensions and the US-China trade war, said Anuj Gupta, deputy vice-president, research (commodities and currencies), Angel Broking. READ MORE

FMCG sector is also known as defensive space for a reason as it is believed to give consistent returns over years with the idea that consumption would never stop. And one such stock that lives up to this is Britannia Industries.

Known for its best-selling biscuits and cakes, the stock has received the most trust from its investors. In the last 10 years, the stock has delivered 1,753 percent returns to LTP. Click here to read more

SBICAP on CNBC-TV18:
1. Insurance data for November looks strong after 2-3 months of tepid data
2. New product regulations & low base aided strong growth in November
3. Sustainable growth would be in the range of 15-20 percent
4. IRDA has given an extension on new product regulations, which fuelled growth
5. Growth in individual premium seems difficult to maintain for the full year
6. The insurance industry is consolidating

While Bharti Airtel is looking at multiple modes to raise funds, sources told CNBC-TV18 that financial investors and PE players have also expressed interest in investing in the company. Bharti Airtel is in the process of undergoing one of its largest fundraising drives to date. To that effect, the board last week cleared fundraising of up to $3 billion via debt-equity. The names that are interested include marquee investors like Warburg Pincus and Carlyle, according to the sources.

“Warburg Pincus has had a long association with Airtel and is confident of the long-term story. While talks are at a very exploratory stage right now, Warburg is keen on the deal. Other PE players have also sounded of Airtel’s investment bankers on their interest in the deal,” said a source aware of the talks. READ MORE 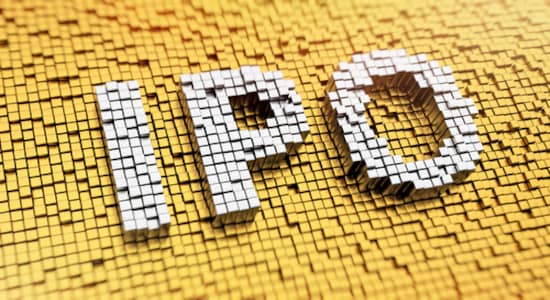 The Society of Indian Automobile Manufacturers (SIAM) released its sales data for November, recording a 12 percent month-on-month decline in sales. Rajesh Menon, the director general of SIAM, shared his views on the auto sector in the country in an interview with CNBC-TV18.

“Last time we saw such a severe slowdown was in 2013-2014, that was a period we saw such a severe slowdown for such a long duration. As mentioned earlier, we are seeing the challenges continuing. We are seeing bit of marginal decline, a negative growth in the passenger vehicle segment. The negative growth trend continues and the challenges of course are still there.” READ MORE

Infrastructure developer Dilip Buildcon on Tuesday announced that it emerged as the lowest bidder for Delhi Metro project. The company through its JV has been declared L-1 (lowest) bidder for the project including part design and construction of the elevated viaduct, elevated ramp, siding lines, viaduct for connection to Mukundpur depot and four elevated stations, Phase-IV of Delhi MRTS, it said. The company bid Rs 825.62 crore for the project and the completion period is 30 months. READ MORE

Ratings agency Moody's has a negative outlook for Asia Pacific banks for 2020. They believe the operating environment is worsening because the US-China trade dispute is weighing on gross domestic product (GDP) growth. Alka Anbarasu, Vice chairman and senior credit officer-financial institutions group at Moody's Investors Service and Mrutyunjay Mahapatra, MD and CEO of Syndicate Bank shared their views and outlook for the space in an interview with CNBC-TV18.

Anbarasu said broadly the outlook is for Asia-Pacific banks and this outlook is driven by some of the topics including US-China trade tensions, high leverage in many countries as well as low interest rate environment that is impacting banks’ profitability. "Specifically, when it comes to Indian banks, we do think that there is a read-over of some of these risks even for Indian banks. To a large extent, the outlook that we have on the Asian-Pacific banks has a read-through impact even for the Indian banks,” said Anbarasu. READ MORE

Sanjay Dutt, director at Quantum Securities is of the view that there is phenomenal opportunity in the market and that investors need to look at that rather than be obsessed by these 5-10 stocks, which take the index up or down. Sharing further details on where this opportunity lies, he said, “ For the entire B group and the smallcap (excluding the A group), the marketcap at this point of time is Rs 9.2 lakh crore and the marketcap of Reliance Industries Ltd (RIL) alone is Rs 9.9 lakh crore. So it clearly shows that we have a problem somewhere. Markets are totally disconnected from realities." READ MORE