- Metal Remain Under Pressure As Global Cues Continue To Be Weak

- Except IT And Pharma, All Sectoral Indices Close In The Red

Indian shares ended lower on Tuesday, following the global sell-off as investors remained cautious on ongoing coronavirus fears. Index heavyweights like Reliance Industries, ICICI Bank, Bharti Airtel, and ITC contributed the most to the losses. Meanwhile, investors also remained on edge ahead of the Union Budget due later this week.

The Sensex ended 188 points lower at 40,967, while the Nifty50 index settled 63 points lower at 12,056. Broader markets were also in the red for the day with Nifty Midcap and Nifty Smallcap index down 0.2 percent and 0.13 percent, respectively.

BPCL, HDFC, Bajaj Finance, Sun Pharma, and Bajaj Finserv were the top gainers on the Nifty50 index, while Vedanta, Bharti Airtel, Tata Steel, Tata Motors, and JSW Steel led the losses. Among sectors, major selling was seen in metal, auto, and banking indices. Nifty Metal lost 2.4 percent, while Nifty Auto and Nifty PSU Bank were down 1.2 and 0.6 percent, respectively. Nifty Bank also lost 0.23 percent and Nifty FMCG fell 0.3 percent. However, Nifty IT and Nifty Realty were positive for the day.

A number of studies, including by the United Nations' Intergovernmental Panel on Climate Change (IPCC), find that sea levels are positively correlated with surface temperatures, which themselves are linked to global emissions of greenhouse gases.

We have been talking about how climate change impacts not only the individuals but can scuttle the operations or slow sales of the companies. Moody’s has now cautioned investors on the impact of rising sea levels on a number of sovereigns. The report says that Asia, Middle East and North Africa (MENA) and small islands are the most exposed to rising sea levels. And in absolute terms, the largest populations exposed are in Bangladesh, China, Indonesia and India. READ MORE
Share:

Brokerages gave a thumbs up to housing finance giant, HDFC after its quarterly profit beat analysts’ estimates, surging almost 300 percent. The rise in profit was boosted by a one-time fair value gain of Rs 9,020 crore resulting from the merger of its arm, Gruh Finance, with Bandhan Bank. The company posted a near four-time jump in profit at Rs 8,372.49 crore for the quarter ended December 31. Its profit stood at Rs 2,113.80 crore in the same quarter last year. Post the results and on bullish calls by brokerages, the firm rose 3 percent in intra-day deals on Tuesday to Rs 2,470.85 per share on the BSE. READ MORE

Shareholding of the promoter group Reliance Inceptum Pvt Ltd and Reliance Infrastructure Consulting & Engineers has come down by over 4 per cent in Reliance Capital following invocation of pledge shares on January 24. Prior to the invocation of the pledge shares the promoter group owned 6,88,12,534 shares amounting to 27.23 per cent shares, the company said in the regulatory filing.

After the invocation of the pledge, the shareholding of the promoter group got reduced to 5,78,12,534 shares adding up to 22.88 per cent stake. The promoter group invoked 1.10 crore shares, out of which 75 lakh amounting to 2.96 per cent stake and 35 lakh shares or 1.39 per cent of Reliance Capital Ltd held by Reliance Inceptum Private Limited and Reliance Infrastructure Consulting & Engineers Private Limited respectively has been invoked, the filing added.

-Domestic benchmark indices turned negative with the Nifty NSE50 giving up the 12,100 level. The Sensex was down over 55 points to trade beow 41,100. The Nifty slipped over 29 points.

-Among sectors, Nifty Financial Services, Nifty Bank and Nifty Realty traded in green while Nifty Metal and Nifty Media were under pressure.

-Shares of Wockhardt rose nearly 3 percent after reports emerged that Cipla and Asian fund PAG are in a race to buy a large stake in the company's domestic formulations business for Rs 2,100-2,800 crore.

-Aptech share price fell 8 percent intraday on Tuesday following reports that billionaire investor Rakesh Jhunjhunwala was being probed by the market regulator Securities and Exchange Board of India (SEBI) for insider trading in the education firm.

This multi-bagger smallcap tyre stock could rise 23% this year, predicts Motilal Oswal With returns of over 650 percent in the last 10 years, CEAT has been a true multi-bagger and an investor favourite. But, CEAT share price has corrected almost 13 percent in the last one year, under-performing the Sensex by over 28 percent. Sensex gave returns of over 15 percent during the period. The multi-bagger small-cap tyre stock, however, looks set for a fresh round of rally with brokerage firm Motilal Oswal raising its target price on CEAT by over 23 percent to Rs 1,250 per share on hopes of faster revenue growth in FY21-22. READ MORE
Share:

#3QwithCNBCTV18 | @Maruti_Corp reports a fall in other income for the quarter-ended December, at Rs 784 cr Vs Rs 917.3 cr (YoY) pic.twitter.com/Gps4Tid9tv

Budget 2020: Nifty was unable to hold gains post-budget in 4 out of 5 previous years 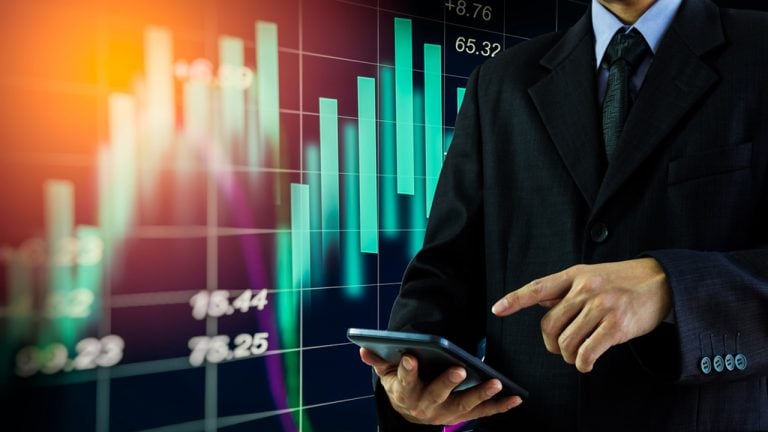 Dewan Housing Finance Corporation (DHFL) share price locked at 5 percent lower circuit on January 28 after Enforcement Directorate (ED) arrested the promoter of the company. The Enforcement Directorate (ED), on January 27, arrested Kapil Wadhawan, the promoter of Dewan Housing Finance (DHFL) in connection with the Iqbal Mirchi case, making it the fifth arrest in the connection with the late aide of Dawood Ibrahim and drug trafficker.

Aptech share price fell 8 percent intraday on Tuesday  following reports that billionaire investor Rakesh Jhunjhunwala was being probed by the market regulator Securities and Exchange Board of India (SEBI) for insider trading in the education firm. SEBI is also examining the role of other Aptech board members, including Ramesh Damani and Madhu Jayakumar, reports stated. Jhunjhunwala, who is the Aptech chairman, holds 24.24 percent stake in the company. The stake is valued at around Rs 160 crore. It is the only company in his portfolio in which he has management control.

Godfrey Phillips India on Tuesday said that there is no decision to put its assets on sale. The company in a regulatory filing said that it is neither engaged nor privy to any such discussions on rumoured potential transaction by its promoters. The company has also received a clarification from its significant promoters on the matter, it added.

The clarification has come after queries on rumoured sale of shares were raised. In a series of tweets on Monday, Lalit Modi said all stakes in several KK Modi group companies were up for sale. The group companies include cigarette maker Godfrey Phillips, Indofill Industries and Modicare. KK Modi died in November last year and since then a battle between his wife Bina, and son, Lalit, over his assets has deepened. READ MORE

Aptech: Sebi summons Rakesh Jhunjhunwala for alleged insider trades, says report Market regulator Securities and Exchange Board of India (Sebi) has ordered billionaire investor and Aptech chairman Rakesh Jhunjhunwala to appear in a case of alleged insider trading in shares of the training company, according to a report on Mint. "The regulator is examining a time frame of February 2016 to September 2016 for irregular trades, which it suspects were done on the basis of insider information," Mint report quoted an unnamed person with direct knowledge of the matter.

On 7 September 2016, shares of Aptech were locked in their upper circuit level, or the maximum stock price limit in trading on a given day, of Rs 175.05 after the investor’s brother and wife —Rajeshkumar Jhunjhunwala and Rekha Jhunjhunwala — bought 763,057 shares in the IT firm through block deals, the report said. These two family members of Rakesh Jhunjhunwala have also received summons from Sebi, it added. READ MORE

Global oil prices fell for the sixth session on Tuesday as the spread of a new virus in China and several countries raised concerns about a hit to economic growth and oil demand. Brent crude was down 37 cents, or 0.6 percent, to $58.95 at around 0348 GMT, after touching a three-month low on Monday at $58.50, as the virus outbreak triggered a global sell-off in riskier assets. The US West Texas Intermediate was down 29 cents, or 0.6 percent, at $52.85, after slipping to its lowest since early October in the previous session at $52.13. READ MORE

United Spirits rallies 8% as Credit Suisse upgrades the stock post Q3 earnings Shares of United Spirits Ltd (USL) rallied over 8 percent in the early trade on Tuesday after it global brokerage Credit Suisse upgraded the stock to ‘Outperform’ from Neutral, with a Target Price of Rs 700 per share. The scrip touched intraday high of Rs 626.90 after gaining 8.87 percent on the BSE. The brokerage said that the near-term pressures for United Spirits are now fully priced in but risk-reward is favorable. The stock now trades at a 10-20 percent discount to FMCG Stocks like Dabur, GCPL and Britannia. Going ahead, Credit Suisse expects key triggers will be lowering of input costs or price hikes in key states. READ MORE
Share:

- The Indian markets are trading on a choppy note, swinging between gains and losses as gains in index heavyweights like HDFC, HDFC Bank, Bajaj Finance were capped by the ongoing global sell-off on coronavirus fears.

Stronger dollar taking a toll on its rivals The US dollar is scraping the skies to pop up fresh highs as the rise for safe heaven increases after a viral breakout. Going forward, the US Fed prepares to hold their first policy meeting of the year on January 28 and 29, central bankers are sending clear signals that the monetary policy is in an ideal spot. Meanwhile, employers are still hiring, workers are still spending, unemployment is still low and inflation is still tame.

In a nutshell, US growth appears to be cooling back towards a long-term trend of around 2 percent and the recession scare of last year feels far off. So after cutting rates three times in 2019, Fed policymakers have made it clear they will not move again unless things get significantly and unexpectedly worse. READ MORE Indian shares opened flat with a positive bias on Tuesday, despite a global selloff as market heavyweights HDFC rose post Q3 results. Other heavyweights like HDFC Bank, Reliance Industries, SBI, and Maruti also contributed to the gains. However, overall sentimentremained cautious ahead of Union Budget and as fears about the economic impact of Coroonavirus outbreak curbed risk appetite.

At 9:18 am, the BSE Sensex was trading 60 points higher at 41,229, while the Nifty50 was ruling 10 points higher at 12,128. The broader markets outperformed the benchmarks with Nifty Midcap up 0.2 percent and Nifty Smallcap rising 0.5 percent.