Indian shares ended higher on Wednesday, tracking gains in Asian markets, on hopes that the worst of the coronavirus epidemic in China may have passed.  In the domestic market, FMCG, IT and banks stocks led gains among sectors.

Indian shares ended higher on Wednesday, tracking gains in Asian markets, on hopes that the worst of the coronavirus epidemic in China may have passed. The BSE Sensex ended 350 points higher at 41,566, while the Nifty50 index settled 93 points higher at 12,201. In the domestic market, FMCG, auto and banks stocks led gains among sectors. However, the broader markets underperformed benchmarks with the Nifty Midcap index and Nifty Smallcap index down 0.1 percent and 0.2 percent, respectively.

Among stocks, HUL, Kotak Bank, Eicher Motors, ICICI Bank, and Nestle India were the top gainers on the Nifty50 index, while Yes Bank, Bharti Infratel, SBI, IndusInd Bank, and BPCL led the losses. Sectoral indices were mixed for the day. Nifty FMCG surged the most, up 1.9 percent, where as Nifty Auto rose 0.7 percent, Nifty Bank added 0.6 percent. Nifty Metal and Nifty IT were also up 0.7 percent and 0.5 percent, respectively. Meanwhile, Nifty PSU Banks lost 1.9 percent, Nifty Pharma was down 0.7 percent, and Nifty Realty lost 0.8 percent for the day.

Ashok Leyland to announce its Q3 numbers today: Here’s what to expect

The second quarter for Ashok Leyland was weak as margins were at a record low and this time around things might not improve a lot. According to the CNBC-TV18 poll, the street expects a weak quarter yet again as revenues are expected to fall by 34 percent while EBITDA is expected to decline by 61 percent. Margins too is likely to see a 410 bps dip on year on year basis. It will be a sequential improvement because last quarter the margins were at around 5.8 percent. The above-mentioned factors will likely translate to a profit decline of 81 percent when compared annually and should come around Rs 66 crore. READ MORE

Suven Life share price locked at upper circuit on potential sale of CRAMS biz Suven Life Sciences share price was locked at 5 percent upper circuit after the company's promoters were reportedly looking to sell their CRAMS business. The promoters of Suven Life Sciences are exploring a potential sale of their demerged arm catering to the pure-play Contract Research And Manufacturing Services (CRAMS) segment, as per media reports.
Share:

The Union budget 2020 has introduced a new optional personal tax regime and removed dividend distribution tax and analysts believe these changes are likely to impact both demand and margins for life insurance products. However, according to Prabhudas Lilladher, the industry still has kept pace in growth in FY19 and is likely to end up at similar levels in FY20 even after the budget announcements. Going ahead, Prabhudas maintains that despite challenges insurance sector will remain favoured for growth and improving margins and prefers SBI Life in this space. READ MORE

#3QWithCNBCTV18 | PFC's Q3 net profit slips on a yearly basis while revenue sees a rise of more than 11%; provision writeback at Rs 53.4 cr Vs writeback of Rs 289.8 cr (YoY) pic.twitter.com/SiQf4aSjoj

SoftBank's profit drop amid WeWork worries, Sprint approval Japanese technology conglomerate SoftBank Group Corp. said its profit for the last quarter dropped amid worries about the perceived risk of its investments into companies like WeWork. Tokyo-based SoftBank said Wednesday its profit for the October-December quarter stood at 55 billion yen ($500 million), down to less than a tenth of the 698 billion it earned over the three months in 2018. In a bit of good news, a US judge in New York on Tuesday rejected a challenge by a group of states to T-Mobile’s $26.5 billion takeovers of Sprint. SoftBank owns Sprint. The deal has been two years in the making, and the latest development appears to clear nearly all the hurdles. The agreement already has US regulatory approval and the go-ahead from public utility commissions. T-Mobile now expects to close the deal as early as April 1. READ MORE
Share:

Q3 mid-season review: Top-line growth is stabilised, positive on consumption theme, says Emkay Global The October-December earnings season of the current financial year was expected to remain slightly off considering the economic crisis, demand slowdown and global market meltdown last year. Despite factoring all the negatives, most companies reported a stabilised top-line growth in Q3FY20, showing continued weakness but arresting the declining trajectory of previous quarters. In Q2FY20, nearly two-thirds of the companies reported a deceleration in sales growth; now nearly half of the stocks reported an acceleration in top-line growth trends. The improvement in top-line trajectory was very evident across agri-chemicals, auto, power and retail. On the other hand, pharma, media and specialty chemicals saw most companies report a weakening in top-line trajectory, said Emkay Global Financial Services in its report. READ MORE
Share:

Wipro says Assam NRC data went offline due to non-payment of dues IT services major Wipro has clarified that the disappearance of the Assam NRC data from its cloud service is related to a non-payment of dues and will be restored once the government makes the payment. Wipro worked with the Registrar General of India and the Ministry of Home Affairs in the Supreme Court-mandated National Register of Citizens (NRC) exercise in Assam. The exercise sought to separate legal Indian nationals from the alleged illegal immigrants.

Concerns were raised when the entire database went offline from the Wipro website, with the spectre of malafide intent being brought up. However, Wipro has issued a statement clarifying that the disappearance of the database is due to pending payment. The Benglauru-based IT giant revealed that the contract for the project, commissioned by the Registrar General of India and the Ministry of Home Affairs, expired in October 2019. But no payment was made for renewal. Wipro continued to pay hosting service "as a gesture of goodwill" until January end before pulling the plug. READ MORE

Deutsche Bank lists out three potential reliefs the government can provide to telcos The government could give support to the crisis-ridden telecom sector at three levels to bring relief for the network operators that are struggling to pay their dues amid rising losses, according to Deutsche Bank. Budget 2020 was seen as the event that would bring in major relief measures for the telecom companies but the Finance Minister remained more focused on balancing and containing the fiscal deficit. However, Deutsche Bank, in its latest report, has stated three levels of support that the government can provide to the struggling telcos. The first potential relief has already been initiated by the government — a two-year deferral on spectrum payments. The second is that the Department of Telecom (DoT) could reduce AGR claim — especially on interest, and the third is cutting access fees and set a floor price. READ MORE
Share:

IIP and CPI data to be released today: Here's what to expect India’s largest multi-commodity exchange, National Commodity and Derivatives Exchange (NCDEX), has filed a draft red herring prospectus with market regulator Securities and Exchange Board of India (Sebi) for an initial public offer. The LIC- and NSE-backed exchange plans to raise around Rs 500 crore through the IPO.

The exchange proposes utilising the net proceeds from the offer towards contribution to the Core Settlement Guarantee Fund and funding towards net worth requirements of National Commodity Clearing (NCCL). The IPO will offer an exit to some of the existing investors in the bourse, and will also entail fresh issuance of Rs 100 crore. READ MORE
Share:

Shares of private lender IndusInd Bank fell 3 percent on Wednesday after Moody's Investors Service downgraded its outlook on the bank to ‘negative’ from ‘stable’ on concerns over a further deterioration in asset quality. The global rating agency has affirmed IndusInd Bank’s rating at 'Baa-3/P-3'. Baa3 denotes the lowest rating in investment grade on long-term corporate obligation which carries moderate risks. The scrip plunged 3.07 percent to touch intraday low of Rs 1,252.50 apiece on the BSE.

Moody’s noted that the bank has seen a deterioration in asset quality, particularly in the corporate segment over the last few quarters. Tight refinancing conditions for borrowers were a key trigger for the crystallisation of nonperforming loans (NPLs). The refinancing conditions remain tight, especially for weaker borrowers, Moody’s said in a note. READ MORE
Share:

The Reserve Bank of India's remarkable credit policy and commitment to support the banking sector is expected to bring fairly significant economic recovery over the next 12 months, said Saurabh Mukherjea, founder of Marcellus Investment Managers. “The discussions I have had with lenders over the last two-three days suggests that there is a very high possibility that the RBI policy will lead to a revival in credit disbursal," said Mukherjea.  He prefers Axis Bank and DCB Bank.

Mukherjea said he is also positive on the auto sector and have had Eicher Motors in the portfolio for five-six months. "If you are a braver soul out there, you might want to look at Ashok Leyland. Given how volatile the stock is, it is not one for our portfolios but Ashok Leyland could also be a potential play on an economic recovery,” he added. READ MORE HERE
Share:

Siemens reported a 4.5 percent decrease in revenue at Rs. 2,611 crore with a 15.2 percent growth in profit after tax at Rs. 263 crore for the first quarter of the financial year 2020 as compared to the corresponding quarter of the previous year.

New income tax regime: Why is it still important to invest in financial products? 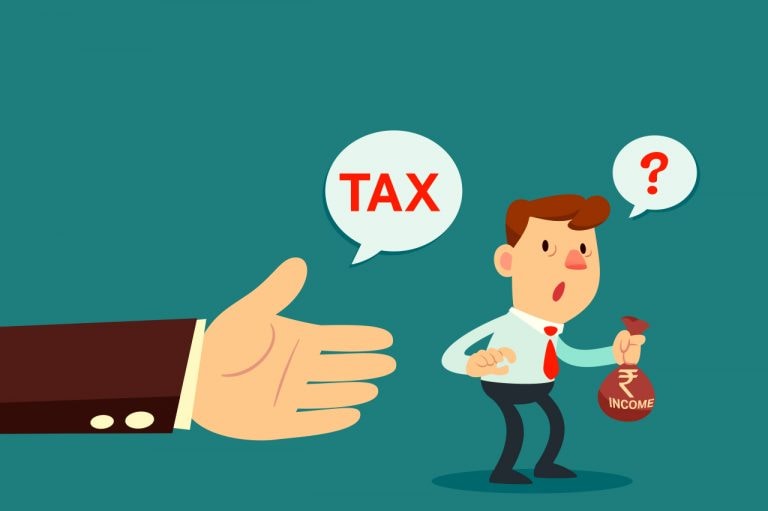 Electricity generation company Torrent Power is set to declare its third-quarter earnings on Wednesday. Here are the key expectations:

A revenue growth of around 9 percent is expected. EBITDA is also expected to jump slightly by around 8-9 percent because the margins are expected to remain largely stable. Profit may see a higher jump by around 20 percent. The generation has picked up at a couple of units because gas availability has inched higher. READ MORE

SPARC shares fall 10% on USFDA response letter for drug Taclantis Shares of Sun Pharma Advanced Research Company (SPARC) declined over 10 percent on Wednesday in early trade after it received Complete Response Letter (CRL) from USFDA for drug Taclantis. The scrip touched an intraday low of Rs 171.90 after falling 10.07 percent from the previous close of Rs 191.15 on the BSE. “The Company has received a Complete Response Letter (CRL) from the United States Food & Drug Administration (USFDA) for the New Drug Application (NDA) for Taclantis™ (Paclitaxel Injection Concentrate for Suspension)," it stated in a regulatory filing. READ MORE
Share: Market regulator Securities & Exchange Board of India (SEBI) may relax norms for mutual fund investments in small and mid-cap stocks, reports Hindu BusinessLine. SEBI is likely to make it easier for fund managers to pick stocks in the small- and mid-cap segments during its upcoming board meeting on February 17, the report added quoting sources. According to the report, the regulator may tweak norms on re-categorization of mutual fund schemes to include more stocks under the small- and mid-cap category.

Aluminium and copper manufacturing company Hindalco Industries is set to declare its third-quarter results on Wednesday. Here are the key expectations:

The Indian market opened higher for the second consecutive day on Wednesday supported by the gains in the global markets. Asian and US markets edged higher amid hopes the worst of the coronavirus in China may have passed. At 9:17 am, the BSE Sensex was trading 265 points higher at 41,480, while the NSE Nifty added 77 points to trade at 12,185.