Indian shares ended with mild losses on Tuesday as Asian markets steadied after a steep sell-off in the previous session, while US President Donald Trump’s two-day visit failed to boost sentiment.

- Losses In Reliance Offset Gains In HDFC, TCS and SBI; Nifty Just Above 11,800

- Market Breadth Tilts In Favour Of Declines In Last Hour, Advance-Decline Ratio At 1:2

Indian shares ended with mild losses on Tuesday as Asian markets steadied after a steep sell off in the previous session, while US President Donald Trump’s two-day visit failed to boost sentiment. Gains in IT and financial stocks were capped by losses in index heavyweights - Reliance Industries and HDFC Bank. The BSE Sensex ended 82 points lower at 40,281, while the Nifty50 index settled 31 points lower at 11,798.

Meanwhile, the broader markets were also in the red with the Nifty Midcap index and Nifty Smallcap index down 0.3 percent and 0.2 percent, respectively. Among stocks, TCS, Tata Steel, JSW Steel, SBI, and Zee were the top gainers on the Nifty50 index, while Dr Reddy's, Sun Pharma, Hindalco, Eicher Motors, and HCL Tech led the losses.

Sectoral indices were mixed for the day. While major selling was seen in Nifty Pharma and Nifty Auto indices, down 2.2 percent and 0.7 percent, respectively, Nifty IT and Nifty Realty were positive for the day, up 0.8 percent and 1 percent. Meanwhile, Nifty Bank and Nifty FMCG were flat for the day.

India and the US on Tuesday finalised defence deals worth $3 billion, and signed three MoUs, including one in the energy sector, as Prime Minister Narendra Modi asserted that the two countries have decided to take Indo-US ties to comprehensive global partnership level. The unprecedented and historic welcome given to Trump in India will be remembered, said Modi at a joint press meet with Trump and added that the relations between the two countries are not merely confined to governments but are people-driven.

Trump announced that the two countries have finalised defence deals worth $3 billion and asserted that their focus was on having a comprehensive trade deal. In his brief remarks at the start of official talks, Modi said "Defence cooperation between two countries is reflective of the rising strategic partnership between India and the US. We also agreed on a new mechanism to contain drug trafficking." READ MORE

Axis Bk To CNBC-TV18: Co does not comment on market speculations

Max Fin To CNBC-TV18: Co under confidentiality agreement, not in a position to comment pic.twitter.com/AcmpaYBFYS

The Securities and Exchange Board of India (Sebi) has found undisclosed related party transactions (RPTs) at Interglobe Aviation (IndiGo) in its preliminary enquiry. sources told Moneycontrol.com. The market regulator has completed the preliminary enquiry, which has been initiated over complaints by Rakesh Gangwal to the Sebi chairman.

They have found many undisclosed RPTs between the IGE and IndiGo and the threshold of those transactions are high and it was not cleared by the audit committee. Sebi is now taking up this matter to the Committee of Internal Division Chief (CIDC) for further action. READ MORE

The share price of Navin Fluorine touches 52-week high on Tuesday after the company entered into a multi-year contract with an international company for Rs 2,900 crore.

The contract is for both the supply of manufacturing and products. As a part of the contract, the international company will invest around Rs 436 crore in 2 facilities at Dahej.

Decided that negotiations with USTR & Commerce Minister should now take legal route, PM @narendramodi says in a joint statement to the media with US president @realDonaldTrump pic.twitter.com/3gfqPSK717

1. Right risk mitigation is in place at SBI card
2. Opportunity to grow credit card business is significant
3. Cognisant of the fact that existing holders have more than 1 credit card
4. SBI card has been able to contain gross NPA between 2.2-2.5 percent

Despite high valuations, dive in this niche sector if there's any correction, advices Edelweiss

The October-December quarter earnings remained mixed this fiscal as core industries reported weak earnings while niche sectors like specialty chemicals posted a strong quarter. In a recent research report by Edelweiss, the brokerage noted that the management commentaries remained positive as rising enquiries from customers and strong growth visibility drove optimism in the sector, reflecting in increasing capex outlay.

Due to softening input prices, the revenue, on an aggregate level, declined 2 percent YoY while EBITDA margins remained strong driven by softening raw material prices and a better product mix, said the report. Edelweiss believes that the sector will remain buoyant as companies share a strong growth outlook. READ MORE

SBI Cards IPO: Here's a look at the company's strengths and weaknesses 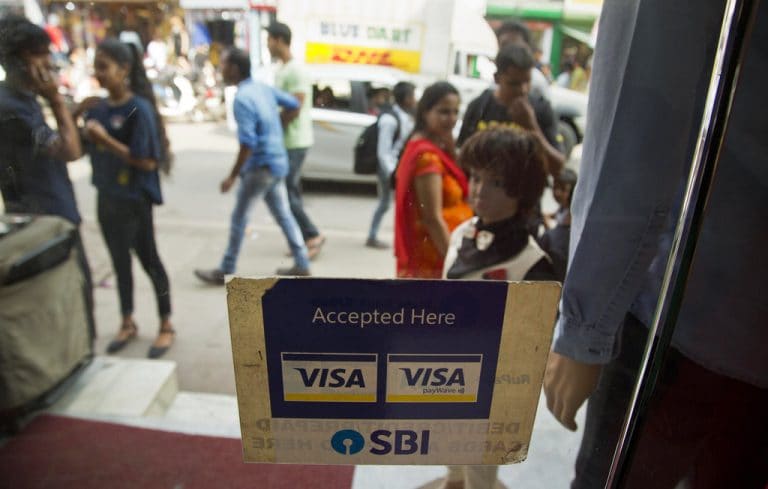 After another muted quarter, which showed weakness across the board on the back of a slowdown in economic activities in the country; global brokerage Nomura cut Nifty earnings estimate as well as its December 2020 target.

The Nifty Universe reported earnings growth of 9 percent in the third quarter compared to the same period a year ago, missing the consensus estimate by 4 percent which led the brokerage to cut Nifty earnings estimates for FY21 and FY22 by 2 percent and 0.9 percent, respectively. Nomura also reset its Nifty target to 12,840 from 13,070 earlier, implying an upside of 6 percent from the current levels. The brokerage said that the Nifty is trading at 18x 12-month forward earnings. READ MORE

These two small-caps unaffected by coronavirus outbreak, surge up to 140% in a month

Most fund managers believe that the coronavirus outbreak will affect the pharmaceutical industry negatively due to the supply-chain issues in China. However, there are two small-cap stocks that continued to break this belief and have risen up to 140 percent this month.

Suven Life Sciences and Shilpa Medicare are the only two stocks from the pharma space that have continued to rally despite escalating deaths over coronavirus. Since the beginning of February, the share price of Suven Life Sciences and Shilpa Medicare has climbed 141 percent and 93 percent respectively. Last week, ICRA revised its outlook on the Indian domestic pharma industry from stable to negative due to the escalating fears in China. READ MORE

Coronavirus impact on Asian currencies: What's next for Indian rupee? Shares of InterGlobe Aviation (IndiGo) fell over 2 percent on Tuesday after global brokerage firm Credit Suisse cut the target price on the stock from Rs 1,850 from Rs 1,900. Credit Suisse has an outperform rating on the stock but has cut earnings estimates for FY20/21/22 By 83/31/18 percent, respectively.

SBI Cards IPO: Here's everything you need to know about FY20's biggest IPO 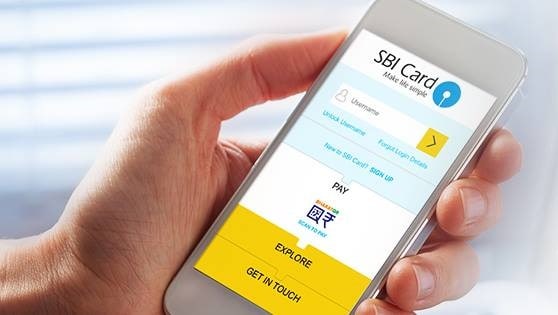 Gold prices in India fell on Tuesday after hitting record highs in the previous session as investors booked profits and as equity markets posted gains shrugging off coronavirus concerns. Strengthening Indian rupee today has also weighed on the precious metal. Globally, spot gold rate was down 0.2 percent to $1,657.40 per ounce, after declining 1 percent earlier in the session.

Markets across the world are trying to grapple with coronavirus hitting China's production capabilities. Some experts believe that the impact will be short-term as things should be under control sooner than later. CNBC-TV18 spoke to Geoffrey Dennis, an emerging markets commentator,  and James Glassman, senior economist at JP Morgan Chase to get an in-depth impact analysis.

James Glassman believes that there will be negligible long-term impact. “This is going to be very transitory because China is already getting back to work. It is going to take a few more weeks before they get back to something more normal but this is a first-quarter phenomenon and for economists, when we think about the year as a whole, I see no change in views about the global economy compared with a couple of months ago. So it is not anything that makes sense to an economist. It is just purely based on fear and we know that it is going to be transitory.” READ MORE

Indian economic growth likely accelerated a touch in the October-December period after its weakest expansion in over six years in the previous quarter, a Reuters poll showed, with a small rebound in rural demand and private consumption expected. Annual gross domestic product growth likely rose to 4.7 percent in the last quarter of 2019 from 4.5 percent the previous quarter, when the growth rate appears to have bottomed out, a Feb. 18-24 Reuters poll found.

About 90 percent of economists in the poll forecast growth for the October-December quarter at 5 percent or below.

"A modest recovery in the agriculture sector, coupled with normalisation in weather conditions amid elevated government spending likely pushed growth higher," noted economists at Barclays in their latest weekly report.

Shares of TVS Motor Company plunged more than 6 percent on Tuesday early trade after the company said that the outbreak of pandemic Coronavirus (COVID-19) has led to an impact on the supply of certain components for the production of BS-VI vehicles. The scrip declined 6.34 percent to touch intraday low of Rs 409.75 on the BSE. “While TVS Motor’s direct dependency on China is limited for components, some Tier II suppliers have been impacted adversely which will lead to 10 percent drop in the planned production in February 2020,” the company said in a regulatory filing on Monday. READ MORE

#Coronavirus, which continues to be a spot of bother in the Asian subcontinent, is now spreading countries away from Asia as well. Take a look at how many lives the deadly virus has claimed, since January 22 pic.twitter.com/kITveJTgNL

Stock News: 3 stocks to be included on NSE F&O segment

HDFC Life, Info Edge, Bandhan Bank to be included in NSE F&O segment: HDFC Life Insurance Company, Bandhan Bank and Info Edge will be added in the Futures & Options segment effective February 28, the NSE said in its circular on February 24. With this, the list of stocks under the F&O segment will be 143, increased from 140 earlier, with effect from February 28, when the March series will begin.

Indian shares opened in the green on Tuesday, amid value buying after a heavy selloff in the previous session. However, losses in global markets weighed on market sentiment and capped gains. At 9:18 am, the BSE Sensex was trading 29 points higher at 40,392, while the Nifty50 index was ruling 12 points higher at 11,841.

Major buying was seen in FMCG and metal indices, up 1 percent and 0.75 percent, respectively. Nifty Realty was also up 0.6 percent, while Nifty Auto added 0.5 percent. Whereas Nifty IT and Nifty Private Bank indices were in the red.

FMCG major Hindustan Unilever Ltd (HUL) on Monday said it will set up a new subsidiary with an authorised share capital of Rs 2,000 crore. The company’s board has approved a proposal to set up the subsidiary, it said in a statement. This new subsidiary has been formed to leverage the growth opportunities in a fast-changing business environment and will help HUL in becoming more agile and customer-focused. In 2018-19, HUL reported a revenue of Rs 38,224 crore. Shares of HUL on Monday settled at Rs 2,216 apiece, down 1.42 percent, on the BSE. READ MORE