Indian equity indices ended on negative note, failing to sustain the momentum of the last two trading sessions. Large private banks including HDFC Bank, ICICI Bank and Axis Bank were the contributors to Nifty's downside. Pharma sector remained the only one to trade in the green.

1. Market erases half of its gains seen in previous two days

5. RIL and L&T support while financials and IT drag including ICICI, HDFC twins, Infosys, TCS

Indian equity indices ended on negative note in a volatile session with Nifty below 9,200 level. At close, the Sensex was down 536 points or 1.68 percent at 31,327.22, while Nifty was down 159 points or 1.71 percent at 9,154.40. On the sectoral front, except energy and pharma all other indices ended lower. BSE Midcap and smallcap indices closed with over 1 percent cut. Bajaj twins, Bharti Infratel, Zee Entertainment and Hindalco were among major losers on the Nifty index, while gainers included Reliance Industries, Britannia Industries, Cipla, Sun Pharma and Hero MotoCorp.

Franklin Templeton closure: What went wrong, how it will impact investors and other questions answered In an unprecedented move, Franklin Templeton Mutual Fund has closed down six of its debt schemes in India.Get latest Personal Finance online at cnbctv18.com

Sources tell @TimsyJaipuria the PM-FM meeting has been postponed, is likely to happen next week pic.twitter.com/ZcKfdNBVxc

Gold is a hedge against uncertainty, a safe-haven asset, says Pankaj Bobade of Axis Securities

Pankaj Bobade feels gold is good investment vehicle, especially in the current scenario. With the COVID-19 pandemic bringing the world economy to a standstill and a possible contraction ahead, gold seems an attractive option.

One should have a part of the portfolio invested in Gold ETF as an insurance against the possible volatilities expected in the global financial market. So, if this Akshay Trithia you are looking to buy gold, Gold ETF would be a good option from a long-term perspective, adds Bobade.

The Association of Mutual Funds in India (AMFI) on Friday assured investors that the majority of fixed income mutual funds AUM is invested in superior credit quality securities and schemes have appropriate liquidity to ensure normal operations.

The AMFI urged "investors continue to focus on their investment goals, consult their financial advisor and not get side-tracked by an isolated event in a few schemes of one fund company." Read the full article here

International passenger capacity for India reduced by 89 percent so far this month due to COVID-19 pandemic as compared to a business-as-usual scenario, according to the latest projections from the United Nations specialised agency for international civil aviation.

The International Civil Aviation Organisation (ICAO) said that by September, the world could have 1.2 billion fewer international air travellers, compared to regular originally planned or business-as-usual .

Estimates by the organisation show a dramatic reduction in international passenger capacity for countries across the world between January and April, as the COVID-19 pandemic spread globally. Click here to read the full article

Rupee Close: The Indian currency snapped the two-day gaining streak and ended lower at 76.45 against the US dollar, as compared to Thursday's close of 76.07. The losses in equity market, weak global cues and the pressure on IT companies are the primary reasons why the Indian rupee closed lower today.

Shilpa Medicare has traded in a surprising upmove of 68 percent this April.

Dasahill is used for leukemia, and will benefit 10 to 15,000 patients. The monthly therapy currently costs Rs 1.65 lakh, which is expected to come down to Rs 6,440.

The drug will be manufactured at Shilpa Medicare's US FDA approved manufacturing plant.

The company's 15 units have commenced partial operations out of 25 units in compliance with the permission received from the respective authorities.

Larsen & Toubro has missed billing worth Rs 12,000 crore because of the nationwide lockdown, and it will be hard to make up the for the loss in time,  Managing Director and CEO SN Subrahmanyan told his employees.

Subrahmanyan expects government spending on infrastructure projects to fall further, and said that some of the projects that have already been announced may be deferred and would affect order inflows. Read more about this story here

Franklin Templeton fund closure: Will RBI step in to save MFs from likely redemption pressure? 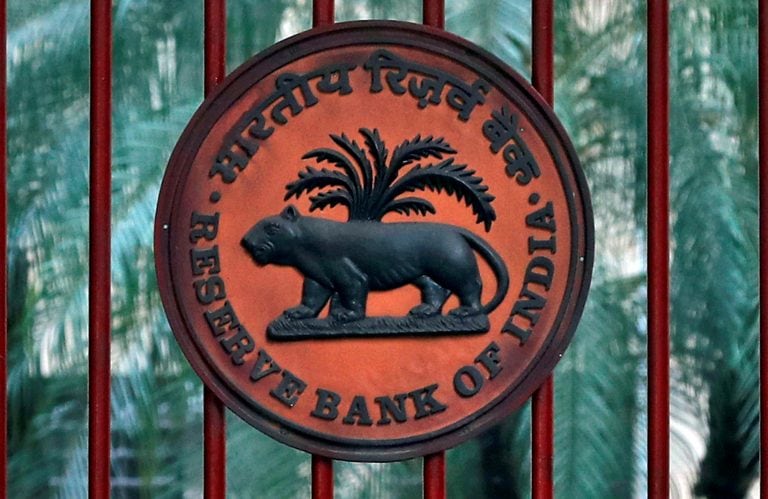 Shares of Bharti Infratel fell over 8 percent on Friday after it reported a muted set of numbers for the March quarter. The company posted a 6.89 percent year-on-year rise in consolidated net profit at Rs 649.50 crore for Q4. The stock fell as much as 8.2 percent to Rs 152.5 per share on BSE. However, the stock started the day on a positive note, rising almost 4 percent but later crashed around 12 percent from its day's high of Rs 172.8. This will be the fourth time Bharti Infratel is extending the deadline. The deal signed in April 2018, had gotten all necessary approvals, except the Department of Telecom (DoT).

Shares of Mahindra CIE Automotive hit a 5 per cent lower circuit limit of Rs 77.65 apiece on the BSE on Friday, a day after the company reported a 86.47 per cent decline in consolidated net profit or profit after tax (PAT) at Rs 20.79 crore for the quarter ended March 31, 2020. The auto components maker had posted a consolidated profit after tax of Rs 153.72 crore in the corresponding quarter of previous fiscal.

Shares of ICICI Bank fell over 5 percent on Friday after Chris Wood of Jefferies removed the private sector lender from his portfolio. He also removed HDFC Bank and introduced weightage in Kotak bank in the banking space. This move reduced the exposure of his portfolio in Indian private sector banks from 8 percentage points to 3. ICICI Bank has been on a downtrend, falling over 10 percent this week after it confirmed its exposure to oil trader Hin Leong which recently disclosed  previously-unreported losses.

The coronavirus pandemic has kept investors on the edge amid concerns over the impact of the crisis on economies as countries took extreme measures including strict lockdowns. Christopher Wood, global head of Equity Strategy at Jefferies, has made some changes to his India portfolio owing to the extended lockdown. In his weekly 'Greed and fear' report, Wood informed that HDFC Bank and ICICI Bank will be removed from the portfolio and an initial 3 percentage points weighting will be introduced in Kotak Bank. HDFC Life will also be removed, which will reduce the exposure of his Asia ex-Japan long-only portfolio to Indian non-bank financials from 18 percentage points to 14 percentage points.

In this quarter, overall pharma export could be impacted due to the disruptions on account of COVID-19 outbreak. Domestic business is likely to be insulated from the shock. Indian companies could grow anywhere between 9-12 percent compared to the growth of over 9 percent in the quarter gone by. According to CLSA, companies such as Abbott India and IPCA should see the strongest growth in the sector under their coverage due to higher contribution from India. The US market will continue to be impacted by company specific issues such as regulatory overhangs on plants and slower approvals. However, according to analysts, key overhangs such as price erosion has stabilised around 5 percent which will help stabilise quarter-on-quarter performance.

Glenmark Pharma extended yesterday's gains and rallied over 5 percent on Friday after sources told CNBC-TV18 that the company may become the first Indian company to develop an anti-retroviral (ARV) used for the treatment for coronavirus. They added that the pharma company has managed to develop active pharmaceutical ingredients (API) for the anti-viral drug, Favipiravir. Clinical trials for the drug will last around 14 days to 1 month and once the company passes through clinical trials, it can launch the drug in the Indian market, sourced further stated.