Indian shares rose more than 1 percent on Monday after the RBI announced a Rs 50,000 crores Special Liquidity Facility for mutual funds, days after the Franklin Templeton credit crisis unfolded. Gains were led by private banks and asset management company stocks. The Sensex ended 416 points higher at 31,743, while the Nifty settled 128 points at 9,282.

- Market Closes Higher But Off Highs; Sensex & Nifty Up Over 1% Each

- 42 Nifty Stocks Close In The Green; 4 Of Top 5 Gainers Are Financials

- Reliance Gains For 4th Consecutive Day, Up 16% In 4 Sessions

Indian shares rose more than 1 percent on Monday, powered by gains in banking and asset management company stocks after the RBI launched a special liquidity facility for mutual funds to ease the pressure due to the coronavirus pandemic. The Sensex ended 416 points higher at 31,743, while the Nifty settled 128 points at 9,282. ​The Nifty Banking Index extended gains to rise 2.5 percent after the announcement, while the Nifty Private Bank Index jumped 3 percent. Nifty Fin Services also added 2 percent for the day.

IndusInd Bank, Britannia, Axis Bank, Bajaj Finserv, and Kotak Bank were the top gainers on the Nifty50 index, while NTPC, HDFC Bank, M&M, Dr Reddy's, and Bharti Airtel led the losses. Apart from banks and financials, Nifty IT index also surged over 2 percent and Nifty Metal and Nifty Auto were up over 1 percent each. “This is more of a confidence-boosting measure. Most debt MFs invest in AA or higher rated paper and A or below is a very small part of their portfolios. There is enough liquidity in the market for a good quality paper. However, it was important for RBI to issue this communication and support to calm nerves. This should help settle some of the panics that was caused over the weekend over the FT news. Even in 2008 when this measure was introduced, none of the MFs actually utilised it. So this is more of a backstop”.

The share price of Reliance Capital spiked 5 percent, hitting upper circuit of Rs 7.42 per share, after mortgage lender HDFC on April 25 said it acquired 6.43 percent stake in the debt-trapped company by invoking pledged shares. These shares were acquired pursuant to invocation of the pledge by the security trustee on behalf of the corporation, which was pledged against a loan given by the lender, HDFC Ltd said in a regulatory filing.

Share price of ICICI Prudential Life Insurance Company spiked almost 10 percent intraday on April 27 after global brokerages maintained a positive outlook on the stock. Credit Suisse has maintained an outperform rating on the stock and has cut target to Rs 440 from Rs 525 per share. CLSA has also maintained a buy call on the stock with target at Rs 420 per share. ICICI Prudentail Life Insurance on April 25 posted a 31.5 percent year-on-year decline in its March quarter (Q4) consolidated net profit at Rs 178.73 crore due to a drop in net investment income and provisions. 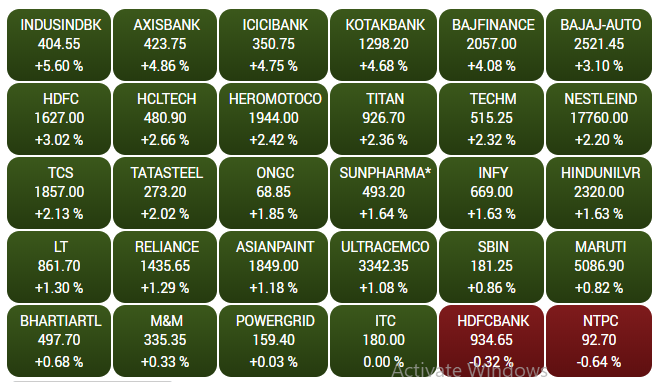 Shares of BEML rallied 5 percent after the company bagged an order worth Rs 398 crore from Coal India. BEML and Coal India have signed the contract for executing the above contract at CIL Head Quarters. These dumpers will be deployed at SECL Gevra Project and M/s NCL Amlohri and Nigahi Projects respectively, the company said.

Deepak Jasani, Head Of Research, HDFC Securities on RBI announcing Rs. 50,000 cr liquidity support to Mutual Funds.The RBI’s special package for providing liquidity to Mutual funds will alleviate the fears in the minds of investors and also dissuade many from getting into the redemption mode. It will help stabilize sentiments across debt and equity markets at least for a few days/weeks.

For Mutual funds this will be an additional window for liquidity. However, borrowing against investment grade paper for redemption may not be a good idea generally (except occasionally and for a limited period). Also this will do little to halt the NAV hit due to possible downgrade of papers held by the Mutual funds due to the economic slowdown and the resultant sluggishness in economic activity emanating from the pandemic.

For the time being the sentiments may have stabilized, but going by the way the corporate health could deteriorate due to the pandemic, there is some probability that RBI might have to step in again after a few weeks. In the meanwhile investors in debt mutual funds will do well to review the investment by the schemes in which they have invested and in case they feel the need, shift to safer (even if they yield lesser) categories of mutual fund schemes or in extreme cases other safer instruments including Bank FD (subject to limit of Rs.5 lakhs per Bank) or Govt savings schemes.

Deutsche Bank beat first quarter earnings expectations but warned it might miss its capital requirement target this year as it prepares for a spike in defaults and extends more credit in response to the COVID-19 pandemic. In an unscheduled statement late on Sunday, Deutsche Bank said it expected to report quarterly net income of 66 million euros ($71.42 million) on revenues of 6.4 billion euros. Provisions for credit losses hit 500 million euros, more than three times higher than a year ago. 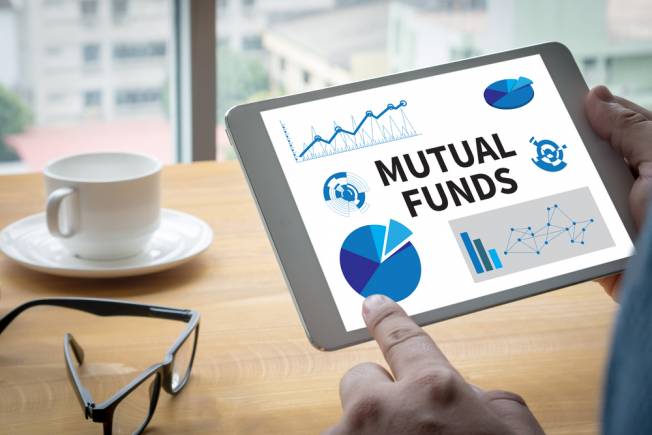 Investors will receive their money over a period of time: Sanjay Sapre, President of Franklin Templeton

“I want to clarify that the winding up of the funds does not mean a write –off and investors will receive their money over a period of time depending on how we are able to liquidate maturities and the coupons we receive etc. so that is an important point for investors," Sapre said. All other funds remain open for subscription and redemption more than one-third of global work force is based in India.

“There is also a fear that we will wind-up other funds, and unfortunately for a brief period this morning there was misleading news article that we had wound up some additional fund of funds which is absolutely not the case. All our other funds besides these six funds remain open for subscriptions and redemptions. We have over 25 years of history in India, we have more than one-third of our global workforce based here and we remain committed to our investors and our business in India," Sapre added.

Mindtree CEO: Aim to sustain 17-18% margin; no decision yet on salary, job cuts 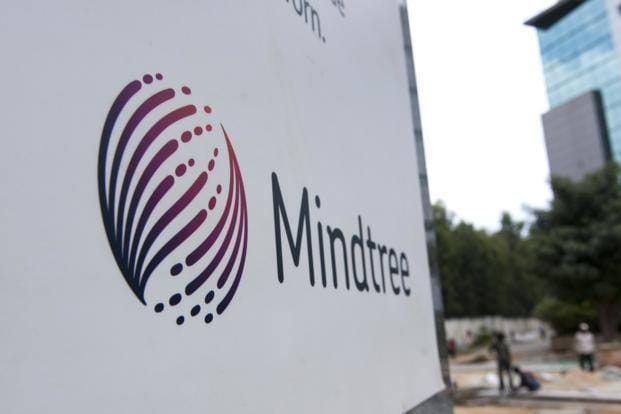 #CNBCTV18Market | Reliance Ind up 3% on news of JioMart launching services on WhatsApp pic.twitter.com/HPEdvwD8o7

Ipca Labs, Cadila Health 'could be at risk' as USFDA cautions on use of hydroxychloroquine

The US Food and Drug Administration (USFDA) on Friday cautioned against the use of hydroxychloroquine or chloroquine (HCQS) for coronavirus (COVID-19) outside the hospital setting or a clinical trial, due to reports of heart problems in patients. Ipca Labs and Cadila Healthcare fell up to 5 percent on Monday post this development. According to a report by global brokerage Jefferies, both these stocks have gained the most on HCQS and could be at risk. Ipca Labs and Cadila Healthcare have risen over 40 percent and 30 percent, respectively in 2020 YTD, when most stocks have given up their valuations.

The Reserve Bank of India (RBI) on Monday announced Rs 50,000 crore special liquidity facility for Mutual Funds (SLF-MF). Under the SLF-MF, the RBI shall conduct repo operations of 90 days tenor at the fixed repo rate. The SLF-MF is on-tap and open-ended, and banks can submit their bids to avail funding on any day from Monday to Friday (excluding holidays). Funds availed under the SLF-MF shall be used by banks exclusively for meeting the liquidity requirements of MFs by extending loans, and undertaking outright purchase of and/or repos against the collateral of investment grade corporate bonds, commercial papers (CPs), debentures and certificates of Deposit (CDs) held by MFs.

Profits at China's industrial firms fell in March although at a slower pace than in the first two months, with many sectors seeing significant declines, suggesting the economy is still struggling to resume production after the coronavirus outbreak. The world's No.2 economy is limping back after weeks of near paralysis caused by the health crisis and tough containment measures, but recovery has been patchy with worries about a second wave of infections and a global recession adding to the challenges for policymakers. China's industrial firms earned 370.66 billion yuan (USD 52.43 billion) in March, down 34.9 percent from a year earlier, data from the National Bureau of Statistics showed. This follows a 38.3 percent slump in January-February, the steepest drop since at least 2010.

A Central Bureau of Investigation (CBI) team today took custody the Kapil and Dheeraj Wadhawan, state home minister Anil Deshmukh said. Members of the Wadhawan family had been lodged at a government guest house in Panchgani after they were picked up earlier this month by the local police for violating the national lockdown. The family claimed they had travelled to the their resort in the Mahabaleshwar hill station to 'escape the coronavirus pandemic'. This was despite the CBI being on the lookout for several members of the family for their role into alleged irregularities in DHFL as well as the Yes Bank case.

Mutual fund houses reached out to the Reserve Bank of India (RBI) and market regulator Securities and Exchange Board of India over the weekend after concerns emerged over the closing down of Franklin Templeton's funds last week, sources told CNBC-TV18. However, there is no clarity on how and if the central bank will respond to them, the sources said. Franklin Templeton Mutual Fund on Thursday said it was closing down six credit funds due to liquidity issues amid the coronavirus crisis, leading to fears of redemptions among the market players.

#CNBCTV18Market | Cadila & Ipca slips after US FDA warns against use of HCQS outside hospitals pic.twitter.com/Wd9l4ur3yf

The Indian market opened higher on Monday, tracking positive trends in Asian peers amid hopes that Bank of Japan (BOJ) will announce more stimulus steps. At 9:18 am, the BSE Sensex was trading 453 points higher at 31,780, while the Nifty50 index was up 125 points at 9,279. The gains were led by private banks and index heavyweight RIL. HDFC Bank, HDFC, Infosys, ICICI Bank, and Kotak Bank were the top contributors to the benchmarks. All scetors were also positive led by bank, auto, IT and metal indices.

Maruti had received permission for approximately 150 workers to operate on a single shift in the plant. Cue managers installed, touch free sanitizers, sanitization tunnels installed at Maruti's manufacturing plants. Maintenance and preparation work on, but company yet to begin production 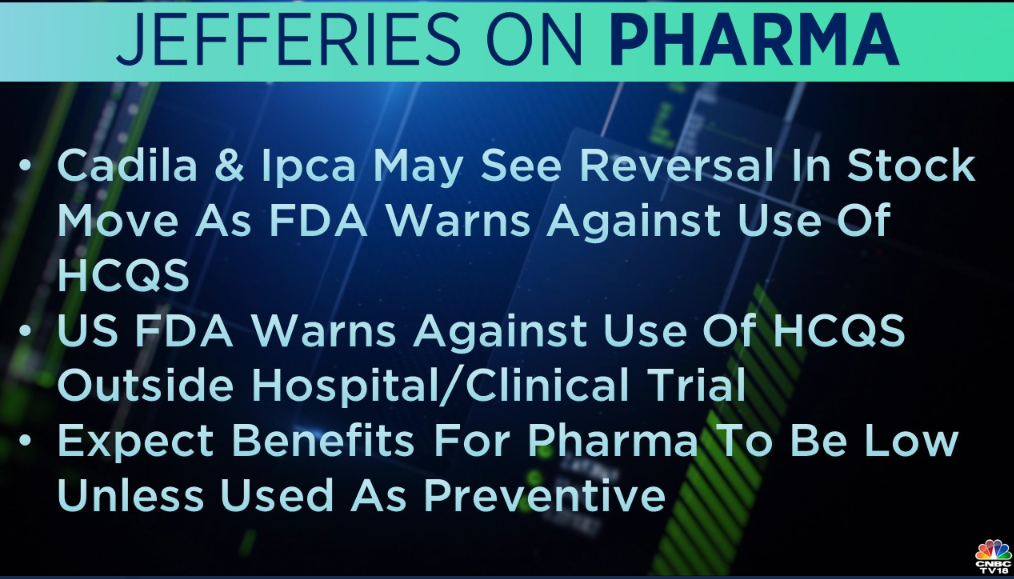