Indian domestic market ended higher on Tuesday for the second straight day. The S&P BSE Sensex ended 371 points or 1.17 percent higher at 32,114 while the NSE Nifty50 closed at 9,381, up 99 points. IndusInd Bank and Bajaj Finance were the top gainers of Nifty50. Among other sectoral indices, the pharma index was the top laggard, shedding over 2 percent in trade while the FMCG index ended with losses of 1 percent.

Here are the key highlights from Tuesday's trading session:

5. Top-5 Nifty gainers are financials; HDFC and ICICI contributes over 50 percent to Nifty

7. Financial heavyweights like HDFC and Bajaj Finance gain in the range of 89 percent

9. Pharma stocks underperform with the sectoral index slipping over 2 percent

Closing Bell: Indian domestic market ended higher on Tuesday for the second straight day with Nifty finished near 9,400 level. The S&P BSE Sensex ended 371 points or 1.17 percent higher at 32,114 while the NSE Nifty50 closed at 9,381, up 99 points.  About 1,282 shares have advanced, 1,047 shares declined, and 185 shares are unchanged.​ ​IndusInd Bank, Bajaj Finance, HDFC, Axis Bank and Bajaj Finserv were among major gainers on the Nifty, while losers were Sun Pharma, IOC, NTPC, Nestle and Vedanta. Among other sectoral indices, the pharma index was the top laggard, shedding over 2 percent in trade while the FMCG index ended with losses of 1 percent.

IDFC First Bank to consider raising funds by way of issue of equity shares on a preferential basis on May 1 pic.twitter.com/vy3WAQBd46 BSE has announced that it has upgraded the system to execute trades at negative prices for the commodity derivatives segment.Get latest Market online at cnbctv18.com

Sources say OEMs have not started actual manufacturing work at any factory despite obtaining permissions; will look to ramp up production activity once dealerships are allowed to open & vendor network is restored pic.twitter.com/1ZA2JgbSRh

Tata Motors share price gained over a percent after the company said that it would be issuing non-convertible debentures (NCDs) worth Rs 1,000 crore.

TVS Motor Company approves NCDs worth nearly Rs 500 crore: The Board of Directors of the company at their meeting held on April 28, 2020, approved the issuance of Non-Convertible Debentures, aggregating up to Rs 500 crore on a private placement basis. At 1:34 pm, the shares traded 0.35 percent to Rs 298 on the NSE.

European markets opened slightly higher on Tuesday as investors react to falling oil prices and a host of corporate earnings. The pan-European Stoxx 600 edged 0.15 percent higher at the start of trading while DAX, FTSE and CAC rose 0.46 percent, 0.34 percent and 0.19 percent each. HSBC Holdings PLC's first-quarter profit nearly halved from a year-ago, missing estimates, after boosting provisions against bad loans as the coronavirus pandemic hits borrowers worldwide. Europe's biggest bank by assets said profit before tax came in at $3.21 billion for January-March, down from $6.21 billion a year ago and below an average analyst forecast of $3.67 billion compiled by the bank.
Share:

Sources say OEMs have not started actual manufacturing work at any factory despite obtaining permissions; will look to ramp up production activity once dealerships are allowed to open & vendor network is restored pic.twitter.com/1ZA2JgbSRh

The world’s largest wealth manager, UBS, reported a 40 percent rise in January-March profit on Tuesday, buoyed by ultra rich clients reshuffling portfolios to cope with the coronavirus outbreak and as a revamp helped its core business to its best quarter since 2008. The bank booked net profit of $1.595 billion, slightly ahead of its previous guidance of around $1.5 billion. It reported strong operating performance across all business divisions, even after accounting for the risk of increased defaults resulting from the virus.
Share:

The dollar steadied on Tuesday as currency markets entered a holding pattern ahead of U.S. Federal Reserve and European Central Bank meetings later this week and as a fresh tumble in oil prices cautioned against risk taking. The greenback was flat against most majors, apart from a New Zeal and dollar weighed down by expectations of further monetary easing.

Just Dial zooms 10% as board to consider share buyback proposal

Shares of Just Dial rallied 10 percent to Rs 383 on the BSE on Tuesday after the company announced that it will consider share buyback proposal on Thursday. “A meeting of the board of directors of Just Dial will be held on Thursday, April 30, 2020, to inter-alia consider and approve the proposal for buy-back of fully paid-up equity shares of the company and matters necessary and incidental thereto,” Just Dial said in an exchange filing on Monday after market hours.
Share:

US economy making fast comeback in 4th quarter; next year to be phenomenal: Trump

Expressing confidence over an economic rebound, US President Donald Trump has said that the fourth quarter of this year and the next year would be "phenomenal" in terms of growth as several American states have started taking steps to reopen businesses, which were abruptly shut down due to the coronavirus pandemic. President Trump, speaking to reporters on Monday, slammed "one country" for the economic slowdown due to the coronavirus, which originated in China in mid-November and swirled through the world, killing at least two lakh people, mostly in the US.
Share: 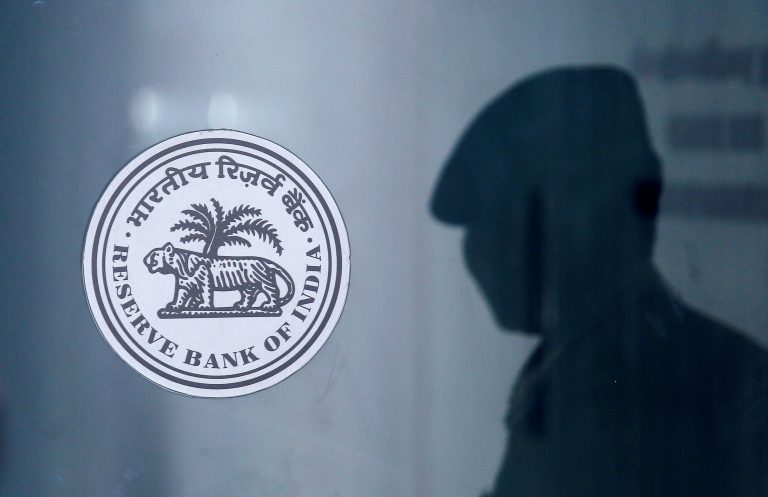 The bank announced that it has approved entering into an agreement with MFSL to acquire a 29 percent stake in Max Life Insurance Company. The Bank will acquire shares from Max Financial Services and will sign a Shareholders’ Agreement and a Share Purchase Agreement in relation to the same. The said transaction is subject to satisfaction of conditions precedent, including receipt of regulatory approvals from Reserve Bank of India, Insurance Regulatory and Development Authority of India and Competition Commission of India, among others, it said in a BSE filing.

Boeing CEO Dave Calhoun told shareholders Monday that air travel demand won’t recover for two or three years, another challenge for the manufacturer that was reeling from the 737 Max grounding before the coronavirus pandemic. Investors approved the company’s board. Boeing is scrambling to cut costs to meet the weak demand for new jetliners. Air travel in the U.S. is about 5% of what it was a year ago and airlines have parked more than a third of the country’s fleet and some are planning to defer orders of new planes.
Share:

US President Donald Trump has ruled out making any changes in the date of the November 3 presidential election because of the coronavirus pandemic. I never even thought of changing the date of the election. Why would I do that? November 3, it's a good number, Trump told reporters at his White House news conference. His likely Democratic opponent Joe Biden last week said Trump was considering changing the date. "Mark my words, I think he is gonna try to kick back the election somehow, come up with some rationale why it can't be held," Biden said during an online fundraiser.

IndusInd Bank's net profit falls 16% in Q4: Here's what brokerages have to say

Axis Bank is set to acquire 30 percent stake in Max Life Insurance Co on Tuesday with a formal announcement of the deal likely to be made today. Axis Bank, India's fourth-largest private sector lender, already holds under 2 percent stake in Max Life. Post deal, it will become the single-largest shareholder in the insurance firm. Analjit Singh will remain the promoter of Max Life, with similar rights in place. As per the deal, Singh will hold 22 percent in Max Life Insurance and 15 percent in the listed holding entity, Max Finacial Services.

These are the top Sensex gainers and losers at opening Indian shares opened higher on Tuesday as oil prices slumped further on worries about limited capacity to store crude worldwide. However, Asian shares slipped on this development. At 9:18 am, the Sensex was trading 301 points higher at 32,044, while the Nifty50 index was trading 91 points higher at 9,373. Gains were led by banks and financials after RBI yesterday announced a Rs 50,000 crore lifeline for MFs. IndusInd Bank was the top gainer, up 9 percent after brokerages retain bullish views post Q4 earnings.