Indian shares ended higher on Monday, in line with Asian peers, as TCS and Tata Motors boosted the indices. TCS and Infosys reported their March-quarter results after market hours on Friday. The results come at a time when the country is at the polls to elect its next government.

Indian shares ended higher on Monday, in line with Asian peers, as TCS and Tata Motors boosted the indices. Broader Asian shares also rose to near nine-month highs, with sentiment supported by strong Chinese export and bank loan data, along with positive headlines on the Sino-US trade talks. The BSE Sensex ended at 38,906, up 139 points, while the broader NSE Nifty50 settled at 11,690, adding 47 points. Nifty Midcap gained 0.4 percent, and Nifty Smallcap index outperformed, rising 0.5 percent. Tata Consultancy Services gained 5 percent, becoming one of the top gainers on both indices, after it reported a record profit for the last quarter of the year.  Meanwhile, Infosys fell 2.5 percent as it failed to impress investors with its operating margin forecast for FY20.  Tata Motors climbed 7 percent and led the gains in percentage terms. Coal India, Tata Steel, Kotak Bank, Cipla and HeroMoto Corp were other top gainers on Nifty. While Infosys, Bharti Infratel, Sun Pharma, GAIL and YES Bank fell the most on the index.  Sectoral indices were trading mixed in today's trade with Nifty Metal gaining the most followed by Nifty Auto, Nifty Realty, and Nifty IT. Nifty Media and Nifty PSU Banks ended the day in red. 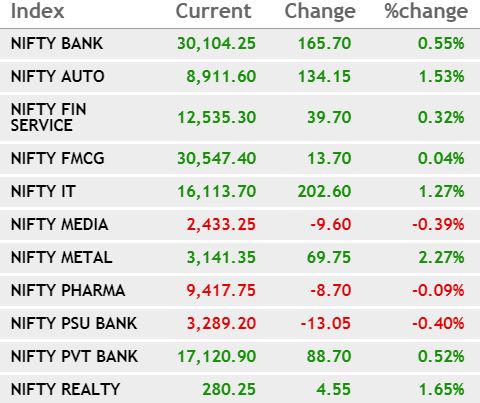 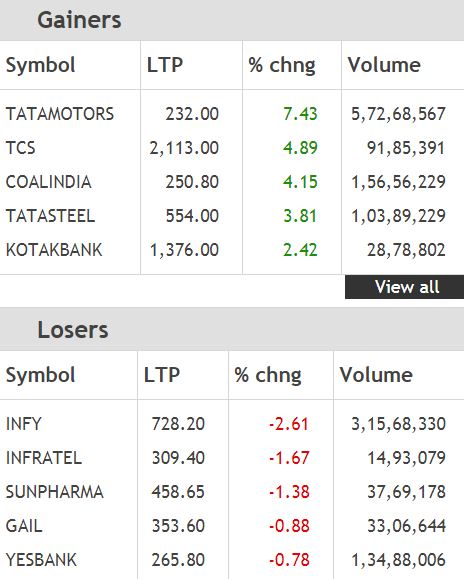 Investor advisory firm Institutional Investor Advisory Services (IIAS) has identified 72 BSE 500 companies that would pay around Rs 1.10 lakh crores in dividends this year. The companies have potential and cash, after deducting all the expenses, to pay the dividends, said Hetal Dalal, COO of IIAS.

Five companies — ITC, Bajaj Auto, Wipro, Hindustan Zinc and TCS — account for over 50 percent of the projected Rs 1.10 lakh crore. "If these companies are able to come out with discerning capital allocation policy or do a buyback, large proportion of that cash hoarding will be streamlined," she said. READ MORE

Funds raised required for large acquisitions if any, says Metropolis

Metropolis has listed on the bourses with a 10 percent premium. Discussing the outlook and the plans of the company with regards to the funds raised, Ameera Shah, MD, Metropolis said currently they are a debt free company,  generating good amount of cash.

Internal cash flow can take care of capital requirements and small acquisitions, and there is no challenge in terms of money for growth, she said. Last year, the company generated around Rs 115 crore free cash flow. READ MORE 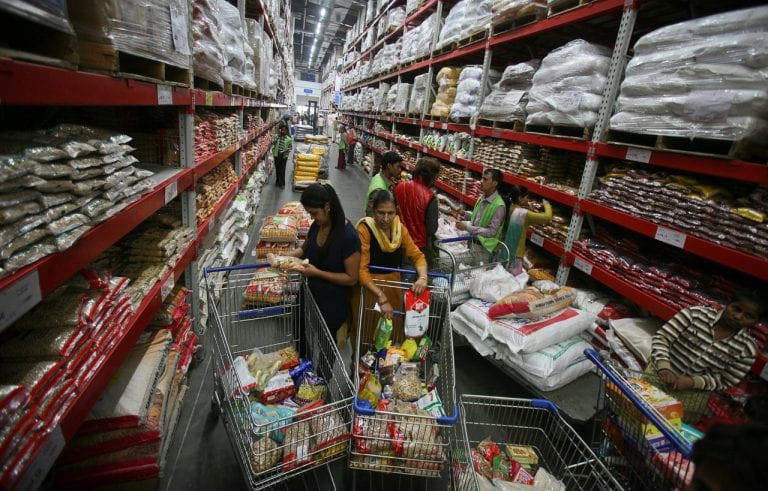 Brokerages bullish on TCS post Q4 results; should you buy?

Brokerage firms remained bullish on IT major Tata Consultancy Services (TCS) after it reported a strong set of numbers this quarter, with revenue growth and margin performance beating expectations. Some of them also raised their target price for the stock.

Reacting to the results, most brokerages upgraded the stock and raised their 12-month target. They expect the company to post double-digit revenue growth in FY20 as well led by strong wins, improving year-on-year growth in BFSI, all-round vertical growth, and rising digital revenue. READ MORE

The optimism on trade together with the U.S. Federal Reserve pausing its rate tightening efforts and Britain lawmakers getting an extension on the country’s exit from the European Union helped lift the mood in equities markets.

The early signs of distress in Jet Airways were visible in the July to September quarter of 2018. While the airline was gloating over the induction of Boeing 737 MAX8 aircraft – its first new induction after ages — there was little to cheer on the financial side.

One of the principal casualties of the financial duress was the international network. It was a chicken-and-egg situation for Jet — international routes were critical for the airline to stay aloft as they accounted for more than 50 percent of revenues in the preceding quarter, but the debt-laden airline did not have the cash or the planes to persist with these routes. READ MORE

Investors, who want returns in the near term, should stay away from Infosys as the IT major may feel some pain in the short-term, said Deepak Jasani, head-retail research of HDFC Securities, told CNBC-TV18 in an interview on Monday.

“Infosys is quoting at a cheaper P/E compared to Tata Consultancy Services (TCS), for people who are willing to wait out for two to three quarters, for them it is a good time to start accumulating the stock,” Jasani added. READ MORE

Mutual funds, rating agencies and the folly of loans against promoter shares Market regulator Sebi needs to write strong rules for both funds and rating agencies with respect to promoter loans. Get latest Economy online at cnbctv18.com

South Indian Bank (SIB) is a small-cap private bank that has risen 28 percent since March 1. The bank has been recommended as the ‘pick of the week’ by Axis Direct with a price target of Rs 20 per share, as it believes that the stock has a potential upside of 15 percent at current levels.

The brokerage said, “While there has been stress on asset quality with slippages in Q3FY19 at 4.7 percent annually, impact on NPA ratios was relatively controlled (27bp/38bp QoQ increase in GNPA/NNPA ratios). This was driven by healthy reductions of Rs 380 crore. Meanwhile, slippages in agriculture were benign at 0.04 v/s 0.22 percent in Q2FY19.” READ MORE

As telecom major Vodafone Idea (VIL) opened its rights issue on Wednesday for the next two weeks with an aim to raise Rs 25,000 crore, sector experts say the fund would not be enough for the company given its high debt and the highly-competitive market.

In the meantime, Bharti Airtel too has announced that on April 24 its committee for fund infusion would decide on the shareholders who would be able to participate in its rights issue for around Rs 25,000 crore.

Analysts say Airtel is in a better financial position than Vodafone Idea and unlike the newly-merged entity, the amount raised from the rights issue by Sunil Bharti Mittal-led Airtel would be sufficient for the time being. READ MORE 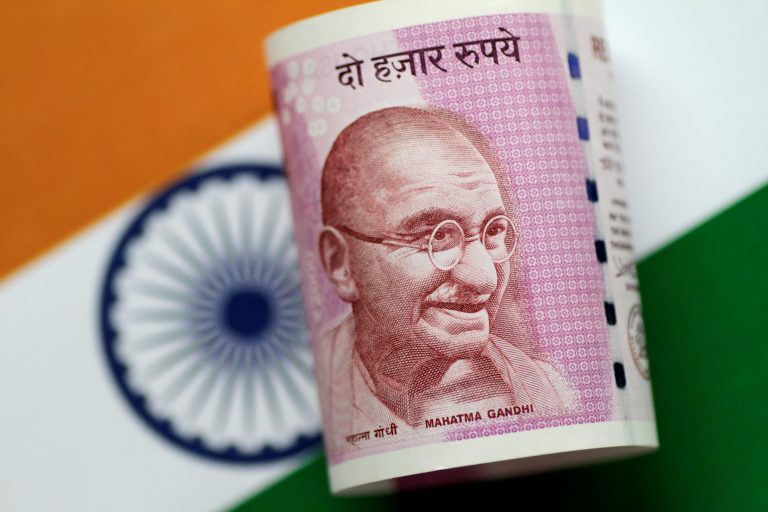 Updated : April 15, 2019 11:04 AM IST Indian companies are very close to the twilight of the earnings recession, said Udayan Mukherjee On stocks front, he said, "I would always go for the safer HDFC Bank, IndusInd Banks/"

Wholesale inflation rises to 3.18% in March

The management of Jet Airways will be requesting the lenders today to provide a large sum of funds in one portion, at least Rs 1,000 crore, to get the airline's operations back on track but the situation does not look very optimistic, sources close to the development told CNBC-TV18.

The lenders, who have so far released around Rs 200 crore in tranches, have still not reached a consensus on providing the remaining sum of the promised Rs 1,500-crore interim funding in one part, sources said, adding that other than the State Bank of India, no other bank is willing to lend more loans to the beleaguered airline. READ MORE

TCS gained 3.5 percent on Monday after the IT major reported a strong set of numbers this quarter, with revenue growth and margin performance beating expectations. The company ended FY19 with double-digit revenue growth, reporting a 11.4 percent growth in constant currency terms in FY19. Earnings growth for FY 19 was at 21.8 percent.

For the March quarter, it reported a 17.7 percent year-on-year (YoY) jump in consolidated net profit at Rs 8,126 crore for the fourth quarter ended March 2019. In the corresponding quarter last year, the company posted a net profit of Rs 6,904 crore. Revenue for the quarter rose 18.5 percent YoY to Rs 38,010 crore. READ MORE

Infosys shares fell nearly 5 percent on Monday after the company reported its quarterly results for the period ended March 30. Analysts were disappointed by the company's weaker-than-expected margin performance in the fourth quarter of the fiscal year 2018-19. Infosys shares declined as much as 4.7 percent to Rs 712.60 per share intraday on the NSE.

Infosys, India's second-biggest software services exporter, reported a 10.4 percent rise in its Q4 net profit to Rs 4,078 crore, helped by strong growth in its key financial services segment and large deal wins during the period. CNBC-TV18 polls had predicted a profit of Rs 3,910 crore for the quarter under review. READ MORE

Gold prices fell to a more than one-week low on Monday, as stronger-than-expected data from China and a robust start to the US earnings season soothed concerns about global economic slowdown, denting the appeal of bullion. Spot gold eased 0.1 percent to $1,288.85 per ounce as of 0109 GMT, having hit its lowest since April 5 at $1,288.40 earlier in the session. US gold futures shed about 0.2 percent at $1,292.20 an ounce. READ MORE

All that you need to know about Mutual Funds this week 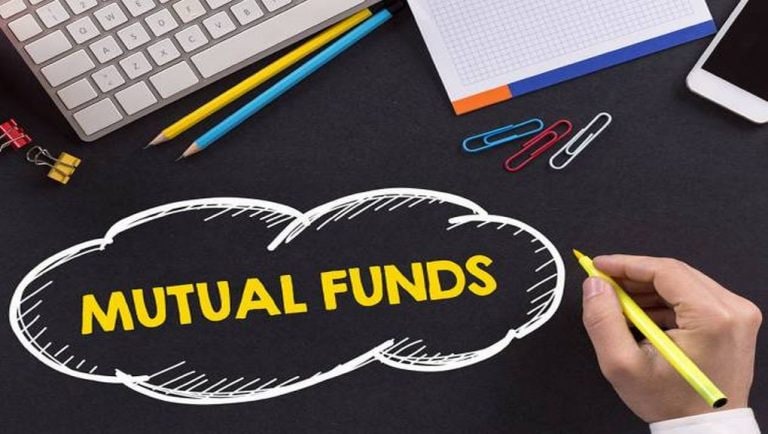 #NewListing | Metropolis lists at a premium of 9% to the issue price of Rs 880/Sh. Listing at Rs 962/Sh pic.twitter.com/bxtaVBze0t

- Buy Rural Electrification Corporation with a stop loss of Rs 150, target at Rs 165

Indian capital market outperformed several major global markets, including the developed ones like the US and the UK as well as developing economies such as China and Brazil, with double-digit returns in the fiscal ended March 2019 despite numerous global and domestic headwinds, data shows.

The Indian market benchmark indices also improved on their own performance in the previous fiscal, with the BSE's Sensex (17.3 percent) giving relatively better returns than the NSE's Nifty (14.9 percent) in 2018-19.

Indian benchmark indices open flat on Monday as investors turned their focus on March-quarter earnings and macroeconomic data. Asian shares advanced as better-than-expected data from China helped boost confidence about the health of the world economy. Infosys and TCS reported their March-quarter earnings post market hours on Friday.  At 9:20 AM, the BSE Sensex was trading at 38,831, up 64 points, while the broader NSE Nifty50 was ruling at 11,658, adding 15 points. Broader markets outperformed the benchmark indices with Nifty Midcap up 0.4 percent, and Nifty Smallcap index gaining 0.7 percent. Tata Motors, TCS, Coal India, ITC, and IOC gained the most on Nifty, while Infosys, GAIL, ICICI Bank, Cipla, and HDFC, fell the most on the index. All sectoral indices, except Nifty IT were trading in green with Nifty Metal gaining the most followed by Nifty Metal and Nifty Auto.