Sectoral trend for the day 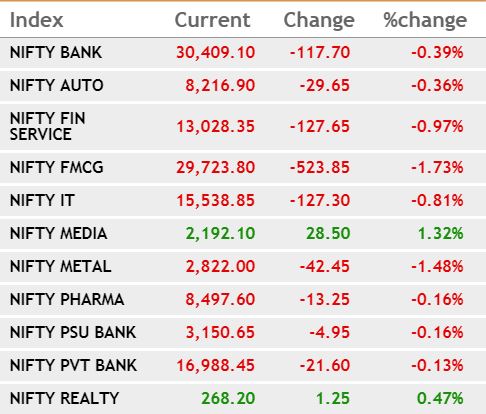 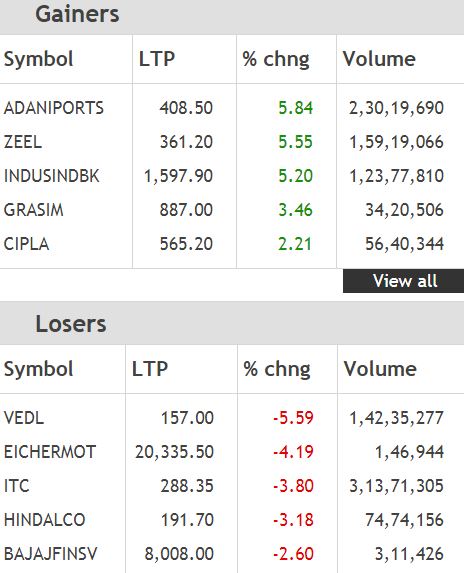 The Indian market pared gains to end lower on profit booking after the indices hit record high in intra-day deals on optimism of Modi win. Index heavyweights like HDFC Bank, ITC, TCS, and HDFC were the top index draggers. Among sectors, FMCG, metal, IT and bank were the worst performers. In intraday deals, the Nifty touched 12,00 mark and Sensex crossed 40,000 in intra-day deals amid strong sentiment after NDA lead with over 300 seats in the 2019 Lok Sabha elections.  However, after profit booking, the Sensex settled 299 points lower at 38,811, 1314 points lower from record high, while the Nifty50 lost 81 points to end at 11,657, down 384 points from record high. Adani Ports, IndusInd Bank, Zee, Grasim, and Cipla were among the major gainers on the Nifty50, whereas Vedanta, Eicher Motors, ITC, Bajaj Finserv, and Hindalco led the losses. India is well positioned as compared to other global markets like the US and China with the general elections risk out of its way, said Punita Kumar Sinha of Pacific Paradigm Advisors.

Nifty may consolidate after Lok Sabha election results, says Alchemy Capital Hiren Ved, director & CIO at Alchemy Capital Management, shared his views on markets and 2019 Lok Sabha election results. On stocks market, Ved said, “The market did make a big move immediately after the exit polls were out. We had a massive move and the actual results seem to be in-line or even better than what the average of the exit polls was. So, I think my view is that while the sentiment is good and the direction is likely to be positive, I think incrementally from here the action should shift from the Nifty to the broader markets over time.” READ MORE
Share: 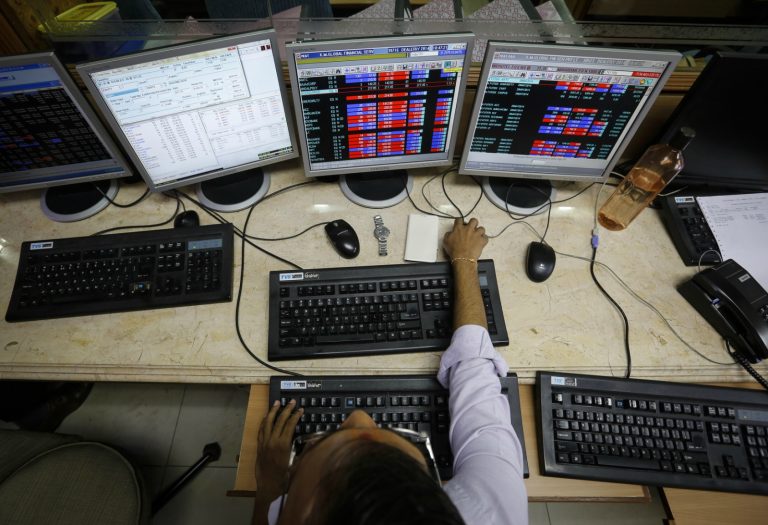 The Indian rupee erased all its morning gains and trading lower by 19 paise at 69.85 per dollar versus previous close 69.66.

Election verdict is vote for continuity, death of crony capitalism, says Rakesh Jhunjhunwala Billionaire investor Rakesh Jhunjhunwala sees the Lok Sabha election results as a vote for continuity and end to crony capitalism and bogus secularism. "I think people have voted for the death of crony capitalism, bogus secularism and vote bank politics. We must acknowledge it as a way of change of thought of the Indian people, that casteism is dying, that aspirations are coming to the fore, that nationalism is coming to the fore, vote bank politics is coming to an end. So I think it is a very significant election, not only from the point of view that the National Democratic Alliance has won, but it is a sea change in the way the country looks at it,” he pointed out. READ MORE
Share: Post the election results, the focus will shift to the recent slowdown in consumption, liquidity tightness, fiscal balance, and global risks among others.Get latest Economy online at cnbctv18.com

"As expected markets have rallied but for this rally to be sustained concrete steps are needed to address liquidity and credit stress. Revival, reflation and reform should be the mantra going ahead." Market view by Ritesh Jain, Former CIO, BNP Paribas Asset Management "We need a solid reform process, which is a long-term process, and monetary policy support to shore up liquidity in the system ... the consumption boom is tapering down, you need an investment boom, and the result of this election will at least open up that foreign capital to invest in our economy."
Share:

"Global head winds are gathering and internally fundamentals of the economy are weak. Unless there is a major paradigm shift in designing economic policies, whoever forms the government, the country's economy will run into very rough weather."

#CNBCTV18Market | Nifty slips 2.5% or almost 280 points from high point of the day as market fails to ride the #Verdict2019 rally pic.twitter.com/K8AzFS3Rv3

Bears dig in on Asian currencies as trade war reignites Investors bet most Asian currencies will come under further pressure, a Reuters poll showed, with trade tensions between the United States and China firmly dominating headlines once again. With diminishing hopes of a long-awaited trade deal between the world's top two economies, the mood across markets have been apprehensive with investors shifting money to safer bets. Investors, who were bullish on China's yuan for much of this year until April end, have since raised their short positions to their highest in six months, the poll of 12 respondents showed. READ MORE
Share:

Sectoral Trend at this hour 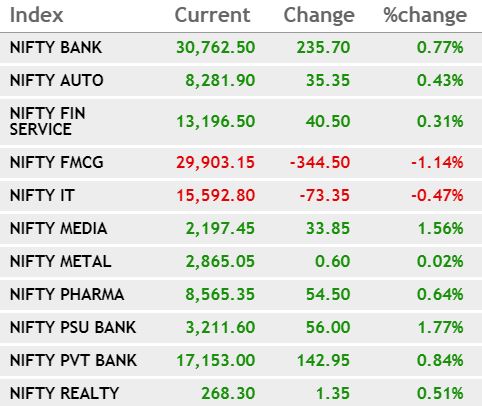 Shares of ITI gained 3 percent on May 23 after it signed a Memorandum of Understanding (MoU) with the Department of Telecommunications, Ministry of Communications, Government of India for the year 2019-20.

"At a time when there is uncertainty over economic growth, political stability and continuity allow an economy to progress and rise above hurdles over a period of time. So this outcome offers hope that policy reforms will go in the right direction."

"The immediate challenges (for Modi's government) are to address employment, the issue of agricultural income and revive the banking sector... it is a case of making sure that you pick up in places where things haven't been that successful and work on it."

The market rally will broaden over the next six months on election results, says Ramesh Damani

Ramesh Damani, member of BSE, on Thursday said that the market rally will broaden over the next six months on Lok Sabha elections results.

There will be more FII money coming into India if a stable government is formed at the Centre after the general elections, says Mark Mobius, Founding Partner of Mobius Capital Partners.

Market Update Benchmark indices are trading off record high with Nifty below 11,800 level dragged by index heavyweights like HDFC Bank, ITC, and TCS. Among sectors, all except Nifty FMCG and Nifty IT were trading in green during the day
Share:

These stocks fell up to 9% even after markets hit record high Some stocks failed to perform in Thursday's session even as the broader markets hit record high as the early trends count showed Narendra Modi-led NDA winning with a majority. While majority stocks rose, 6 stocks in the 30-share and 11 stocks in the Nifty50 index were in the red. ITC, Vedanta, HDFC Bank, Tata Motors, Bajaj Auto, Sun Pharma were the top losers on the indices. Meanwhile, in the Nifty500 index, Merck, ITD Cementation, Heritage Foods, Solar Industries, Symphony, and Eris Lifesciences tumbled up to 9 percent in intra-day deals. READ MORE
Share:

“It has been clear over the last five years that the incumbent government was keen on expediting India's  progress by building stronger infrastructure and a framework for economic development and inclusion. A strong majority would give it the affirmation that it is on the right path,” said Lim in an interview with CNBC-TV18. READ MORE

Don't get carried away right now with the election rally, says Udayan Mukherjee 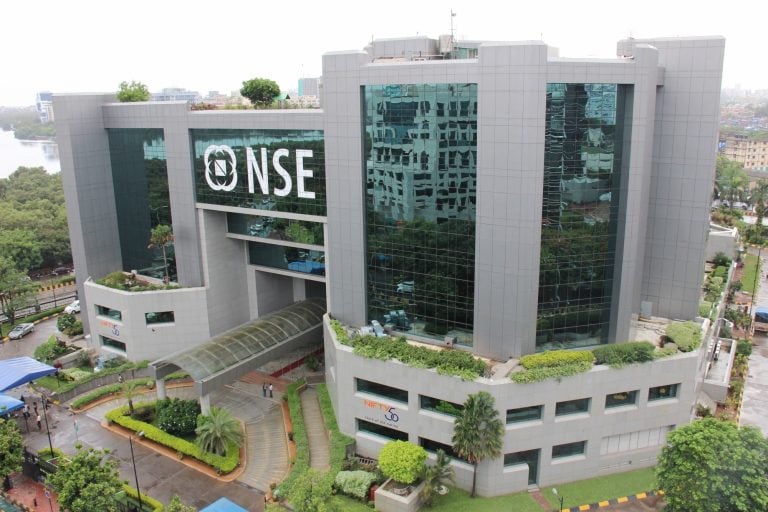 Udayan Mukherjee of CNBC-TV18 shared his views and outlook on markets as well as on Lok Sabha election results 2019.Get latest Market online at cnbctv18.com