Indian shares ended higher on Friday, up over 3 percent for the week, boosted by Prime Minister Narendra Modi’s landslide victory in the general election with financials leading gains. The Sensex settled 623 points higher at 39,435, while the Nifty50 added 187 points to end at 11,844. Among broader markets, both Nifty Midcap and Nifty Smallcap indices rose 2.2 percent and 2.6 percent, respectively.  ICICI Bank, Vedanta, Tata Steel, Bharti Airtel, and Zee were among the major gainers on the Nifty50, whereas Tech Mahindra, NTPC, TCS, ONGC, and HCL Tech led the losses. All sectoral indices ended the day on a positive note with banking and realty sectors leading. Nifty PSU Bank index gained the most, up nearly 5.6 percent followed by Nifty Realty (up 4.4 percent), Nifty Metal (up 3 percent), and Nifty Auto (up 3 percent). Nifty Bank and Nifty Pvt Bank indices also rose over 2.5 percent each.

Ashok Leyland shares rallied more than 6 percent in intraday trade ahead of its March quarter earnings to be announced later today. The country's second largest commercial vehicle maker is expected to report a 4.9 percent year-on-year (YoY) increase in profit at Rs 700 crore, but revenue may fall 0.2 percent to Rs 8,750 crore, according to CNBC-TV18 poll estimates. Neelkanth Mishra, managing director and India equity strategist, Credit Suisse in an interview with CNBC-TV18 shared his views on the medium term, long-term and what the big mandate for the BJP means for the stocks and the economy. Talking about immediate priorities of the government from an economic angle, Mishra said the economic slowdown is not drastic enough for the government to take action and with the limited fiscal space that exists, it may not be possible for the government to take any drastic action to revive growth in the economy. “In the early stages, the new government could accelerate the PSU bank consolidation, introduce direct tax reforms but these are not things that would change earnings in the next 12 months,“ said Mishra. READ MORE

UK PM Theresa May will resign as UK PM effective June 7. The process to elect new PM will begin in a few weeks.  I regret that I could not deliver Brexit, May said.

Why NDA win could spell gains for public sector banks
After a big clean-up of books and necessary recapitalization, PSU banks could see a strong improvement in profitability over the next two-four years, especially on a revival in the capex cycle.Get latest Finance online at cnbctv18.com The Energy Index is trading in the green with state-owned oil marketing companies rallying as much as 5 percent. The share price of Hindustan Petroleum Corporation jumped 5 percent intraday on May 24, while Bharat Petroleum Corporation and Indian Oil Corporation gained 1.5 percent each. Oil prices recouped more than 1 percent on May 24 but were on track for their biggest weekly loss this year after swelling inventories and jitters over an economic slowdown led to big falls earlier in the week.

Tata Consultancy Services (TCS) has now become the world’s third largest IT company by way of revenue. The Mumbai-based tech company has overtaken US major DXC Technology. FY19 performance of TCS is slightly ahead of DXC and the Indian tech giant is far more profitable than it U peer. IBM is the number one IT company, followed by Accenture. TCS' consolidated net profit stood at Rs 31,562 crore, while its revenue was at Rs 1.46 lakh crore in the last financial year.

Sameer Goel, head of Asia macro strategy at Deutsche Bank, shared his views and outlook on the money market. Get latest Bonds online at cnbctv18.com 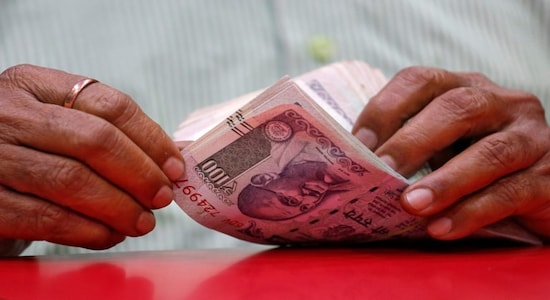