Indian shares ended higher on Monday, extending gains for the seventh straight session, amid reports of further tax reforms. Prime Minister Narendra Modi said, on Sunday, that India is committed to improving its tax regime.  The Sensex ended the day with 137 points higher at its new closing high of 40,302, versus its previous closing high of 40,267, hit on June 3. While the broader Nifty50 index added 51 points to end the day at 11,941.

- Nifty Metal rose the most, up 2.8 percent during the day, followed by Nifty IT up 0.8 percent. However, Nifty Media slumped 3 percent and Nifty Auto shed 1.4 percent for the day.

- Among stocks, Infosys shares rose 3 percent after the company said that that it has not yet seen any prima facie evidence to corroborate the allegations made by a group of whistleblowers last month.

This cement stock doubled its value in just 5 years. Do you own it?
The stock which traded around Rs 345 in 2014 has risen 132 percent to trade around Rs 800 currently. If you want to make money in the stock market, invest in companies that have healthy growth and generate good returns, regardless of their size, said Saurabh Mukherjea, founder and chief investment officer of Marcellus Investment Managers, in an exclusive interview with CNBCTV18.com. Mukherjea also said that these companies with a good track record will not fail you in an economic slowdown, and hence it is extremely important to research deeply for the long-term investment. Here are the edited excerpts from the interview

Bharti Infratel's shares rallied 7.48 percent intraday on Monday after The Economic Times reported the government panel is considering relief for the telecom sector looking at the repayment period of as much as 20 years of adjusted gross revenue (AGR) dues.

The article further said that the government will consider a reduction in the total taxation to help the troubled sector and separately reach out to the regulator to consider some floor on tariffs to help with viability.

On October 26, the Supreme Court rejected the definition of AGR while calculating government levies. The decision has created a Rs 1.3 lakh crore burden on all the telecom companies.

Despite Nifty trading below 12,000 mark, Andrew Holland, CEO of Avendus Capital Alternate Strategies, has said that there is a realistic expectation of the index breaching 12,500 mark in the short-term. “12,500 Nifty should be an achievable target in the short-term,” he told CNBC-TV18 in an interview. READ MORE

The economy has slowed down but certain sectors are showing signs of improvement, however, recovery will take more time, Tata Group N Chandrasekaran told CNBC-TV18 in an interview. 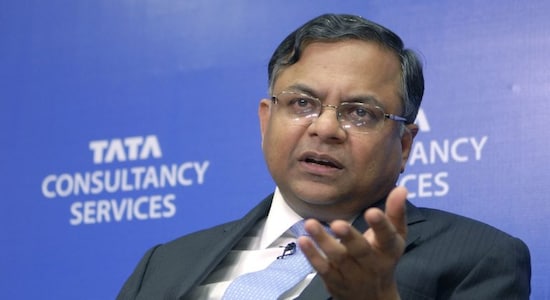 Saudi Aramco, the world’s most profitable company, has announced its plan to launch an initial public offering and will be issuing a prospectus on November 9. Shares of the Saudi Arabian oil giant are expected to list on the Riyadh Stock Exchange in December. The company also intends to list shares internationally and will be deciding on the same going forward. Saudi Arabia's state-owned company was expected to be valued at around $2 trillion, but, according to a Reuters report, some bankers have told the government that investors will likely value Saudi Aramco at around $1.5 trillion. READ MORE

Here is some news about Vistara, the joint venture between Tata Sons and Singapore Airlines. This is important in the context of Tata Sons boss Chandra’s interview with CNBC-TV18, where he talked about the Tata Group’s interest in Air India. The airline said it will almost double its fleet size by the end of the current financial year ending March 2020.  Vistara has expanded its fleet and network by close to 50 percent each and has flown around 4.5 million passengers in the last seven months, according to a statement.

- Indian shares pared some gains to range-bound on Monday as gains in metal and IT indices were capped by losses in the auto sector.  BSE Sensex was trading around 80 points higher, while the NSE Nifty was trading below 11,950.

- Among stocks, Infosys shares rose 4% after the company said that that it has not yet seen any prima facie evidence to corroborate the allegations made by a group of whistleblowers last month.

- Yes Bank has received bids worth over $3 billion from various investors, CEO Ravneet Gill told CNBC-TV18 in an exclusive interview. Gill further said, apart from the binding bid worth $1.2 billion, various investors and family offices are interest in the bank.

Shares of IT major Infosys rose 6 percent on Monday after the company said that it has not yet seen any prima facie evidence to corroborate the allegations made by a group of whistleblowers last month. As per the filing, two of the anonymous complaints were received on September 30, 2019. On October 16, 2019, the company was made aware of a letter that refers to the September 30, 2019 complaint purportedly written to the Office of the Whistleblower Protection Program, Washington DC. READ MORE