Indian shares ended lower on Monday with Nifty50 ending below 11,100 level for the first time since March 2019. The benchmark indices were mainly dragged by banking, metal, and auto indices.

- Indian shares ended lower on Monday with Nifty50 ending below 11,100 level for the first time since March 2019. The benchmark indices were mainly dragged by banking, metal, and auto indices.

Out of 11 Nifty sectoral indices, 10 delivered bad returns in the last one month

Out of 11 sectoral indices, 10 sectors delivered poor returns and only one gained in the last one month. Nifty Media was the only sectoral index that saw positive gains this month while others succumbed to the poor stock market conditions.

Lufthansa on Tuesday posted a decline in second-quarter earnings, hurt by price competition on short-haul routes and rising fuel costs, adding the European market would likely remain challenging until at least the year's end. The company said in a statement that adjusted earnings before interest and tax (EBIT) fell to 754 million euros ($839.73 million), compared to 1 billion euros a year earlier. READ MORE

#CNBCTV18Market | #Nifty slips below 11,100 for the first time since March 11 pic.twitter.com/Tves7tIPS5 Cafe Coffee Day founder VG Siddhartha's letter talks about the pressure that he faced from the Income Tax Department or tax officials. Get latest Business online at cnbctv18.com

Economy may pick up by Q4 if RBI, govt act on NBFC issue, says Saurabh Mukherjea of Marcellus

The Indian economy can see a pickup by Q4 of FY20 if the RBI and the government take effective action on the NBFC issue, said Saurabh Mukherjea, founder of Marcellus Investment Managers. “The RBI does need to step in and inject confidence into the sector by voluntary asset quality review (AQR) of the sector," he said in an interview with CNBC-TV18. Indian market is still around 10 percent overvalued at the market level, Mukherjea said. READ MORE

State Bank of India (SBI) has tightened lending terms for auto dealerships in an attempt to cut exposure to the troubled sector, as per media reports. PK Gupta, MD of SBI, spoke at length about the lending standards. “Auto sales have been lower for the last 8-9 months. We are seeing a bit of a slowdown in the sector,” said Gupta on Tuesday. “Therefore, we did issue an advisory to our branches to be careful while taking fresh exposure in this sector and at the same time we have been actively engaged with all the auto majors and auto dealers across the country,” he added. READ MORE Bank of America Merrill Lynch (BofAML) upgraded Bharti Airtel's rating to 'buy' from 'neutral' despite intense competition in the sector from Reliance Jio. It also raised the stock's target price to Rs 400 per share from Rs 360 earlier.

According to the brokerage, post the recent rights offering/Africa IPO, they expect Bharti’s balance sheet to be strengthened and consider it to be in a good position to improve its momentum in the core cellular business. They also find Airtel well-positioned to capitalize on any weakness at Vodafone Idea (VIL) as it focuses on integrating its networks post-merger and expect its market share to remain stable at 30-31 percent from FY20 to FY24. READ MORE

Dr Reddy's Lab is expecting a healthy growth for the financial year 2020, with Q2 likely to be better than Q1, said Erez Israeli, CEO of the company. Israeli has replaced GV Prasad, who stepped down as the CEO of the company on Monday. The company posted a mixed set of earnings in the first quarter as revenue missed estimates but margins on an adjusted basis were in-line. Talking about management changes, Israeli said, “The changes are not significant. I continue to report to Mr Prasad. Mr Prasad is staying with the company and will continue as a co-chairman and will become a managing director.” READ MORE 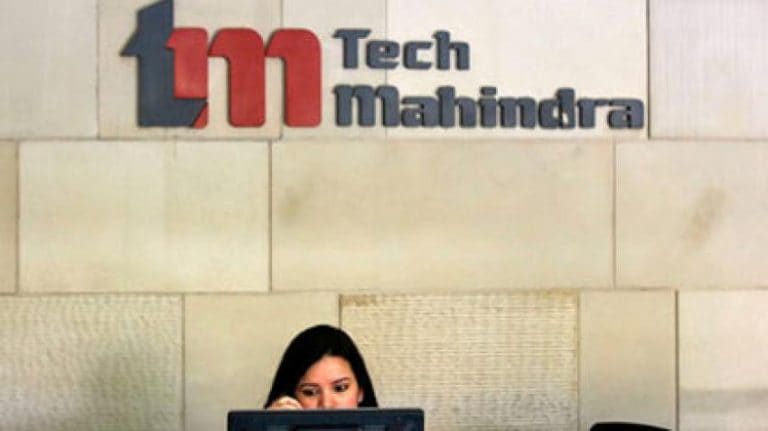 Tech Mahindra's stock price has been underperforming other IT peers as the Street projected lower-than-expected earnings for the period ended June 30.

Shares of Kansai Nerolac Paints fell 3.6 percent intraday on July 30 as global brokerage house CLSA maintained sell call on the stock despite better-than-expected numbers in June quarter. The research house is concerned about the company's exposure to auto original equipment manufacturers who are under pressure due to a slowdown in the industry. 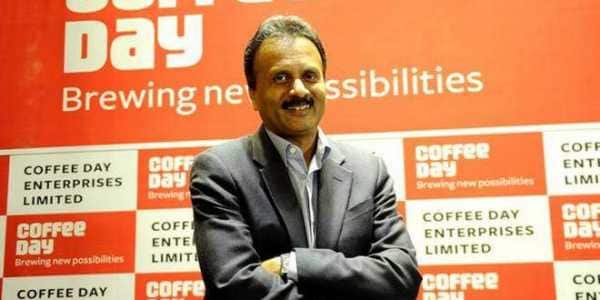 Reserve Bank of India will meet on August 16 to discuss the government's proposed overseas sovereign bonds offering plan amid rising criticism about the plan, reported Bloomberg, citing people familiar with the matter. Since announced by finance minister Nirmala Sitharaman in her maiden Budget speech on July 5, former RBI governors and economists have flagged risks involved in foreign currency debt. Raghuram Rajan had said that the plan is very risky with no real benefits. READ MORE

Shares of Bharti Airtel added nearly 4 percent intraday on July 30 after research house Bank of America Merrill Lynch (BofAML) upgraded the stock to buy and also raised the target to Rs 400 from Rs 360 per share. According to BofAML, the favourable risk-reward with tariff hike adding the upside optionality. However, it feels that post the rights issue/Africa IPO, the company's balance sheet has strengthened. 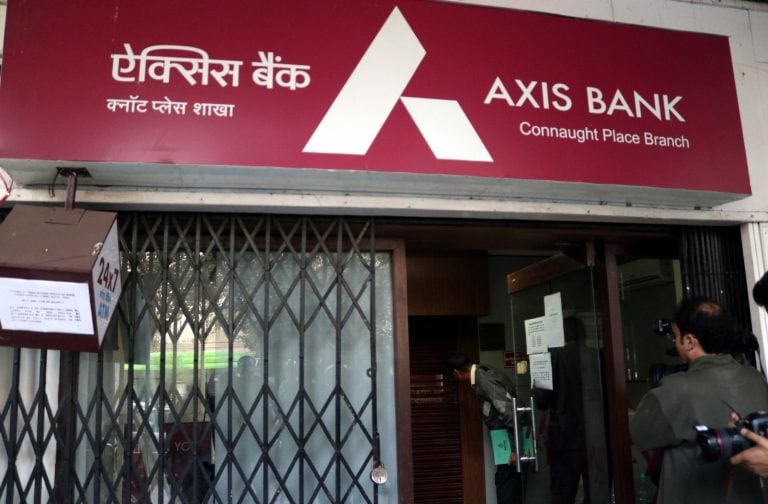 India's third-largest private lender Axis Bank is set to report its first-quarter earnings on Tuesday. Here's what to expect from the company today: Analysts are working with the highest profit for Axis Bank in the last thirteen quarters.

Hero MotoCorp Q1 Earnings: Key things to watch out for Indian two-wheeler manufacturer Hero MotoCorp is all set to report its first-quarter results today. The stock is currently trading at a 52-week low.

Shares of Strides Pharma rose over 9 percent on Tuesday after the company announced that it has entered into a joint venture with Sun Moral International, a wholly-owned subsidiary of China's Sihuan Pharmaceutical Holdings Group. Both the companies will set up a JV company based in Hong Kong to be christened as Sihuan Strides HK, where SPG, one of China's leading pharmaceutical companies, will own 49 percent stake, Strides Pharma said in a statement. READ MORE

CLSA on Kansai Nerolac: The brokerage maintained a 'sell' rating but raised the target price to Rs 390 per share from Rs 385 earlier. Good start to FY20 with positive earnings growth, it said but added it is concerned about the company's exposure to auto OEMs.

Morgan Stanley on Dr Reddy's: The brokerage has an 'equal-weight' call on the stock with a target of Rs 2,804 per share. The company continues to focus on six businesses — US, China, Russia, India, API, and Global Hospital, it added.

Could not take more pressure from one of the PE partners forcing me to buy back shares. Also, pressure from other lenders lead to me succumbing to the situation, writes VG Siddhartha in his letter to the CCD Board pic.twitter.com/KIDNwAdyXT

- Indian benchmark indices opened higher on Tuesday, tracking gains in Asian shares, as equity investors prepared for an expected US interest rate cut this week. At 9:20 am, the Sensex was trading 128 points higher at 37,815, while the broader Nifty50 index was ruling 34 points higher to end at 11,223.

- All sectoral indices, except Nifty IT, opened in green for the day. The Nifty Pharma index gained the most, up 0.6 percent, followed by Nifty Bank, up 0.5 percent. Other banking indices also rose around 0.5 percent, while, Nifty Media rose 0.6 percent. Meanwhile, Nifty IT fell 0.2 percent.

- Coffee Day Enterprises fell 20 percent after VG Siddhartha, the founder of Cafe Coffee Day reportedly went missing last evening. According to reports he got off from his car near a bridge across the river Nethravathi near Mangalore, about 375 KMs from Bengaluru, but did not return even after an hour.

Pfizer Inc has agreed to spin off its off-patent branded drugs business and combine it with generic drugmaker Mylan NV, a move that leaves Pfizer with its more profitable innovative drugs, including cancer treatment Ibrance and pneumonia vaccine Prevnar. The move, which brings blockbuster treatments Viagra and Lipitor under one umbrella with Mylan's EpiPen, is part of a years-long effort by Pfizer to split into three parts - innovative medicines, lower margin off-patent drugs facing generic competition and consumer healthcare. Pfizer agreed in December to combine its consumer health business with GlaxoSmithKline Plc's. READ MORE

- Sell Indiabulls Housing Finance with a stop loss of Rs 570, target at Rs 540

- Sell Bharat Electronics with a stop loss of Rs 96, target at Rs 84

Indian shares are likely to open higher on Tuesday, taking cues from the Asian market which remains upbeat on the expectation of the US interest rate cut this week.