Indian shares trimmed losses in the last hour of trade to end flat on Tuesday. Losses in banking and auto stocks were capped by gains in IT and metal stocks. 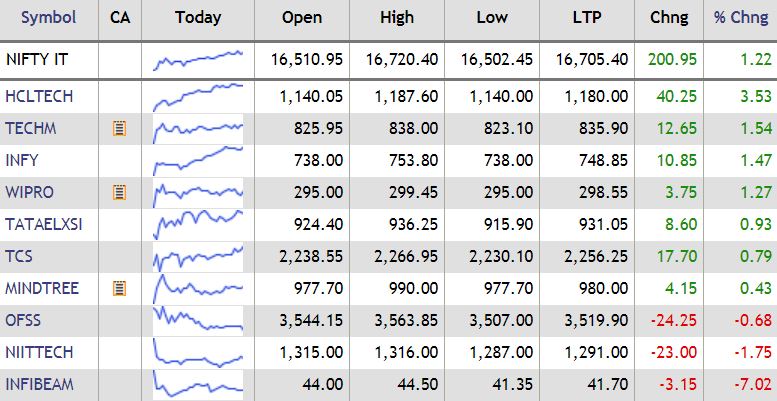 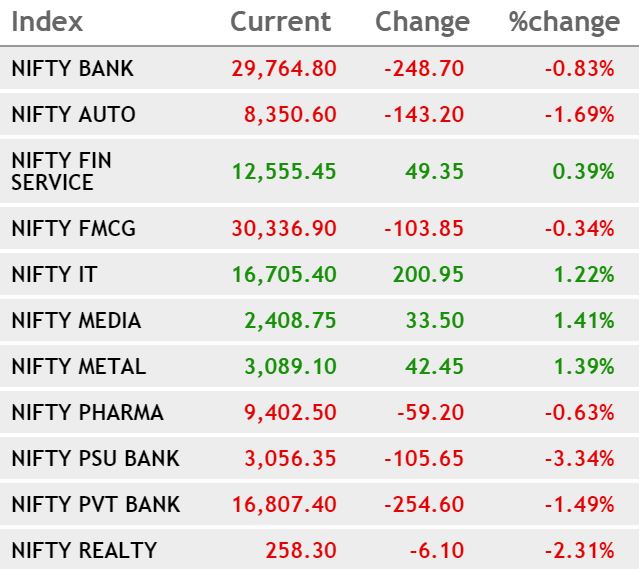 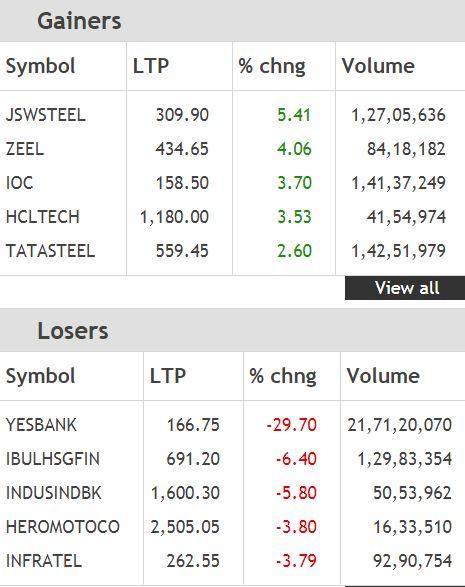 Indian shares trimmed losses in the last hour of trade to end flat on Tuesday. Losses in banking and auto stocks were capped by gains in IT and metal stocks. The BSE Sensex settled at 39,031, down 36 points, while the broader NSE Nifty50 ended at 11,748, falling 6 points. Broader markets underperformed benchmark indices with the Nifty Midcap slipping 1 percent and the Nifty smallcap down 1.5 percent for the day.  JSW Steel, ZEE, IOC, HCL Tech, and Tata Steel were the top gainers on the Nifty, while YES Bank, Indiabulls Housing, IndusInd Bank, Hero Moto Corp, and Bharti Infratel fell the most on the index.  Yes Bank’s shares fell 30 percent in their worst day since September 21, 2018. The stock hit its lowest level since December 11, 2018 in heavy trading, with more than 147 million Yes shares traded, compared to their 30-day average of 35.8 million shares. Financial companies accounted for most of the weakness on the Nifty. State-run lenders were fell the most, with Nifty PSU Bank index falling 3.3 percent. Nifty Bank and Nifty Private Bank indices also fell 1 percent and 1.5 percent, respectively.  Bucking the broader trend, IT stocks advanced with HCL Technologies adding 3.7 percent and Infosys gaining 2 percent. Nifty IT was up 1.2 percent.

Ambuja Cements Q4FY19 earnings: Net profit likely to come in at Rs 320 crore
Ambuja Cements is due to report is Q4FY19 numbers today. Here are the key expectations:Get latest Earnings online at cnbctv18.com 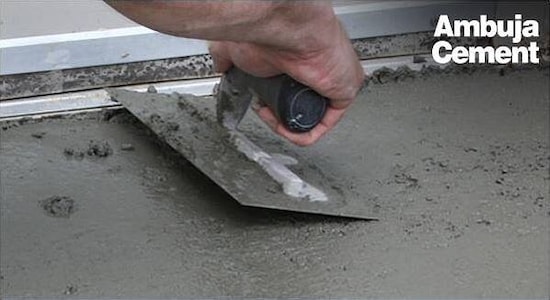 HDFC Standard Life Insurance on Friday reported a 5 percent rise in standalone net profit to Rs 364.01 crore for the fourth quarter ended March 31. It had registered a net profit of Rs 346.84 crore in the corresponding quarter of 2017-18.

Discussing the business outlook going forward Vibha Padalkar, MD and CEO, HDFC Life, said they see a smooth upward curve on premium growth in coming fiscal. In FY20, margins would go up by 20 basis points due to improvement in term business, she said, adding that there is scope for further improvement in margins to 30 percent in the long-term. READ MORE

Many analysts have downgraded Yes Bank's rating after it reported huge losses in the fourth quarter of the fiscal year 2018-19. However, few analysts are still bullish on the stock. YES Bank reported a Rs 2,400 crore loss before tax and a net loss of Rs 1,500 crore in Q4FY19, mainly due to a reversal of fees and contingent provisions (Rs 2,100 crore).

Motilal Oswal maintained "buy" on YES Bank as it believes that the private lender's asset quality will improve on the bank's strategy shifting toward building a strong retail franchise. The brokerage house believes that corporate governance and balance sheet growth is likely to moderate.

"Expects ~50% of the below investment grade book to slip in coming quarters. The bank will improve its PCR to 60% in the coming years," the brokerage added. READ MORE

Shares of Reliance Capital fell over 11 percent on Tuesday after the rating agency ICRA has revised its ratings for Anil Ambani-led Reliance Capital and its subsidiaries from A2 to A4 with negative implications. According to news reports, the company is also looking to raise funds by selling up to 51 percent stake in its non-banking financial companies — Reliance Home Finance and Reliance Commercial Finance as well as in two media companies — Codemasters and Prime Focus. Reliance Home Finance also tanked over 18 percent on this report. READ MORE

"We have allowed the appeal," said a bench of Justice Rohinton Fali Nariman and Justice Vineet Saran in their judgment setting aside the high court order. READ MORE

Yes Bank was a growth story, will continue to remain so, says CEO Ravneet Gill

Yes Bank reported a whopping Rs 1,506 crore net loss for the March quarter as against a profit of Rs 1,179 crore in the year-ago period as provisions soared over nine-times.Get latest Finance online at cnbctv18.com 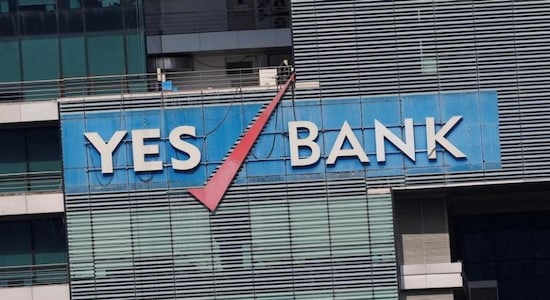 Brokerage firm CLSA on Tuesday said the bank index is likely to pull back Nifty towards 11,200-11,300 points in the near -term. “The bank index from a longer-term perspective is the most constructive breakout that we have seen through 2018 and 2019 but on the short-term basis, it is likely to be the one that pulls the Nifty back towards 11,200 area,” said Laurence Balanco of CLSA. READ MORE 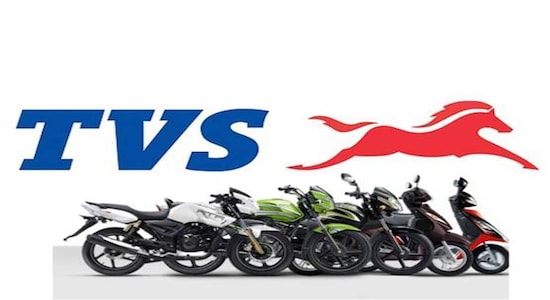 Expectations of continued capital inflows and a stable government after the 2019 general elections are among the key factors that the Indian market is pricing in currently, said Nilesh Shah, managing director, Kotak Mahindra AMC in an interview with CNBC-TV18.

An improvement in the liquidity scenario, possible interest rate cuts by the Reserve Bank of India and a better transmission of credit are also driving the market sentiment, he said, adding that if there is any disconnect in terms of liquidity, to rates, to transmission to flows then certainly market looks little bit ahead of its fair value. READ MORE