Indian shares closed flat on Thursday with the NSE Nifty50 end with mild gains in the green, settling above 11,900 mark. The BSE Sensex ended 15 points lower. Benchmark indexes recovered in the last hour of trade helped by HDFC, HDFC Bank and Kotak Mahindra Bank, after trading lower for much of the day amid tepid global cues. Investors fretted on uncertainty over a trade deal between the US and China. Domestic sentiment remained muted as a liquidity crisis in the non-banking finance companies kept investors anxious. Moreover, hopes of a further rate cut by the Reserve Bank of India increased after retail inflation came in at 3.5 percent, well below the regulator's target of 4 percent. The BSE Sensex opened lower by 110 points, or 0.28 percent, at 39,646.20 in an initial tick. The NSE Nifty50 started almost 41 points, or 0.34 percent, lower at 11,865.50. Here are the main highlights from the stock markets today:

Closing Bell: Market ends flat, Sensex in the red, Nifty at 11914, Yes Bank dips 13.4% Indian shares recovered to end flat on Thursday as HDFC twins and Kotak Mahindra Bank supported indices cut losses. The Sensex settled 15.45 points lower, or 0.04 percent, at 39,741.36 at close, while the Nifty50 ended in the green at 11,914.05, up by 7.85 points, or 0.07 percent. The Nifty MidCap ended 0.24 percent lower, while Bank Nifty ended flat in the green. Among sectoral indexes, 22 advanced with the Nifty Media gaining the most over a percent. Nifty PSU Banks declined the most by over a percent among 21 falling sectors. Among Nifty gainers, Indiabulls Housing Finance recovered to settle at 12 percent higher after a plea in the Supreme Court against the NBFC was withdrawan today. ZEEL shares surged 3 percent, while BPCL, Grasim and Kotak Bank gained between 1 and 2 percent. Yes Bank performed the worst among Nifty50 stocks, tanking 13.5 percent, while IndusInd Bank slightly recovered to end at 4.62 percent. UPL, IOC and Maruti declined between 1 and 2 percent.
Share:

Shares of CEAT fell nearly 4 percent to a more than two-year low of Rs 920.60 due to concerns over demand outlook after brokerage Deutsche Bank reportedly said near-term demand outlook for the company remains muted. The company expects demand recovery in the two-wheeler and commercial vehicle segments after the June. Raw material costs for CEAT are expected to remain benign in the near term. The brokerage firm has retained its "hold" rating on the stock with a target price of Rs 1,050. The stock has net fallen 29 percent this year so far.

Sakuma Exports Limited's shares rose about 6.24 percent to trade at Rs 24.7 per share in the afternoon session on Thursday.

The stock has gained over 5 percent in 2019 and nearly 55 percent in the last one year. “We ascribe 23x FY21 EBITDA of INR6.4b for the lifestyle segment given its strong brand value. We expect Pantaloons to drive earnings growth for ABFRL and ascribe 18x FY21 EBITDA of INR3.7b for this segment. We ascribe 1x FY21 sales for the fast-fashion and other businesses. This implies ~10 percent premium to the target EV/EBITDA multiple for our apparel coverage,” it said. READ MORE

YES BANK is an embodiment of Indian professional entrepreneurship and ongoing ‘Hanumanian’ efforts will overcome this transitional phase. (3/3)

The Rana Kapoor promoter group fully supported and voted in favor of all 19 resolutions at the 15th AGM yesterday 12th June, 2019, Rana Kapoor tweeted. He also said that the YES Bank leadership team, MD & CEO Ravneet Gill and Board of Directors have my fullest support. "Some media reports have suggested that I am attempting a comeback to the Board, inspite of my unequivocal denial to them. I re-iterate that I have fullest confidence and conviction in the management under Shri Ravneet Gill’s leadership and Board of Directors," he said.

Avenue Sumermarts, which operates DMart retail store chain, is confident that its lower price model for everyday household items will find favour despite rising competition from offline and online retailers. In a recent analyst meeting, the retailer acknowledged that it needs to accelerate the pace of store expansion and keep the input costs down to maintain double-digit same-store sales growth (SSSG). READ MORE 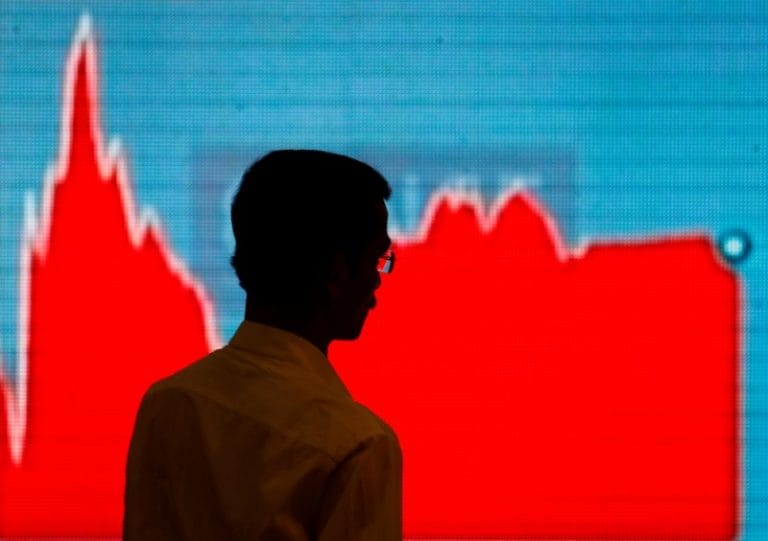 Engineering and construction firm Punj Lloyd has emerged as one of the biggest wealth destroyers, tanking over 99 percent in the last 10 years. Get latest Market online at cnbctv18.com

Shares of Sterlite Technologies fell over 4 percent to Rs 187.25 after gaining as much as 12.8 percent in the past three days. The stock was on a gaining streak as the lien on promoter stake pledged with Citicorp International was released late on Monday. Promoter Twin Star Overseas, owned by Anil Agarwal's Volcan Investments, had pledged its entire 52.01 percent stake in the company to fund the de-listing of Vedanta Resources Plc from the London Stock Exchange. Technical analysts are of the view that the stock is in a positive trend and was witnessing a temporary correction today. The stock may test its resistance of Rs 204 in a few sessions.

-Indian shares extended losses with the BSE Sensex falling over 200 points to trade below 39550. The NSE Nifty50 trades below 11850.

-Broader markets have fallen sharply with the Nifty MidCap down by 0.85 percent. Among sectors, Nifty PSU Bank has fallen the most by over 3 percent and leading 38 declining sectors. Only five sectors advanced with Nifty Infra leading.

-Bank Nifty is down over 0.90 percent dragged by IndusInd Bank and Yes Bank as brokerage firm UBS revised their target price.

B Prasanna, head-global markets group at ICICI Bank and Soumya Kanti Ghosh, group chief economic advisor at State Bank of India (SBI), shared their views on core inflation and outlook for the bond market. ​Prasanna said the core inflation was quite heartening and lower-than-expected food inflation was positive.

“The trajectory of inflation, we do expect it to be on the lower side in the first half vis-à-vis the RBI estimate and slightly picking up in the second half,” Prasanna said on Thursday. READ MORE Shares of Tata Motors fell nearly 2 percent today as the company's arm Jaguar Land Rover reported an 18 percent on-year fall in wholesale sales in May as sales dropped to multi-month lows. Tata Motors Group's global wholesale sales fell 23 percent on year in May to 82,374 units with weakness seen across product segments. At 10.56 am, shares of Tata Motors traded down 1.83 percent at Rs 165.95. Meanwhile, the Nifty50 traded almost 54 points lower at 11,852.50. The Sensex fell 180 points to trade at 39,576.

#CNBCTV18Market | Steel cos recover from low point of the day; JSW Steel 2% off lows pic.twitter.com/Db0QrQZ6Na

Jet Airways stock fell as much as 13 percent to Rs 96 on Thursday, a day after the National Stock Exchange said shares of the debt-laden airline would be pulled out of daily trading from June 28. The exchange cited Jet's failure to respond to queries about rumours in the market as the reason for the removal. READ MORE

Yes Bank hits 52-week low after UBS retains 'sell' rating, cuts target price to Rs 90 The private bank has fallen over 7 percent this week as the sentiment remained lower after two directors decided to resign from their post in the current week. READ MORE
Share:

#Gujarat to escape fury of #CycloneVayu but #REDALERT remains
Very severe cyclone Vayu would now be tracking northwestwards. However, as it would move in proximity of #Saurashtra coast, heavy to very heavy rains would lash #Porbandar, #Dwarka, #Okha, #Junagarh, #Jamnagar today.

Yes Bank shares fall over 6% as UBS cuts target price Shares of YES Bank fell over 6 percent to hit it's 52-week low of Rs 126 on Thursday after UBS retains its 'sell' rating on the stock and cut its target price to Rs 90 per share from Rs 170 earlier. The stock, which was the top loser on both Sensex and Nifty, fell as much as 6.4 percent in opening trade to hit its 52-week low of Rs 126 per share. The stock has fallen 18 percent in the last one month and 30 percent in 2019. Meanwhile, it has tanked 62 percent in the last 1 year.
Share: