Indian shares ended higher in a volatile session on Wednesday led by financials, as investors await the outcome of the Lok Sabha elections. IndusInd Bank, BPCL, Sun Pharma, Bajaj Auto, and Eicher Motors were among the major gainers on the Nifty50. 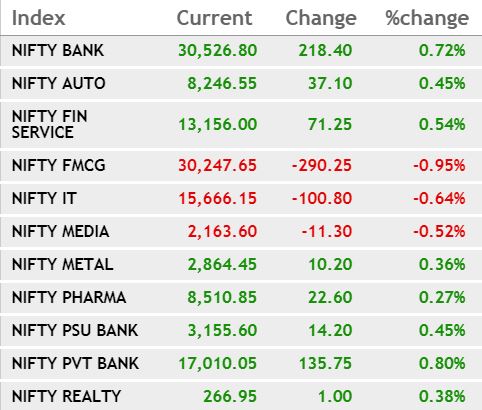 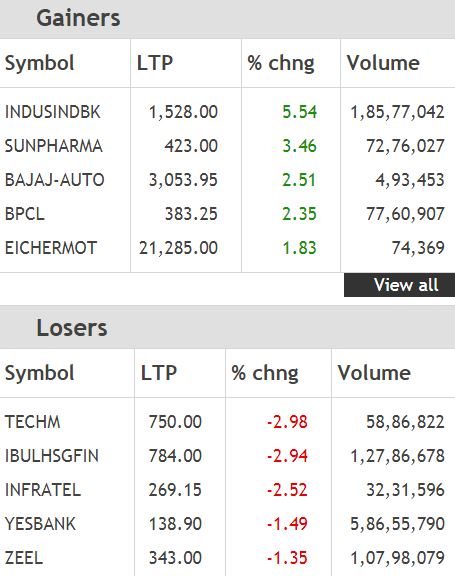 Indian shares ended higher in a volatile session on Wednesday led by financials, as investors await the outcome of the Lok Sabha elections. Sentiment remains strong as exit polls indicate Prime Minister Narendra Modi-led National Democratic Alliance (NDA) coming back to power with a majority. The Sensex settled 140 points higher at 39,110, while the Nifty50 added 29 points to end at 11,738. Among broader markets, the Nifty Midcap was flat, while the Nifty Smallcap gained 0.5 percent. IndusInd Bank, Sun Pharma, Bajaj Auto, BPCL, and Eicher Motors were among the major gainers on the Nifty50, whereas Tech Mahindra, YES Bank, Indiabulls Housing, Bharti Infratel, and Zee led the losses. Among sectors, banking indices gained the most among sectoral indices, with Nifty Bank and Nifty Pvt Bank up 0.6 percent and 0.7 percent, respectively. Meanwhile, Nifty FMCG and Nifty IT declined 0.8 percent and 0.7 percent, respectively.

Icra rating downgrade won't impact fundraising, says IDFC First Bank
IDFC First Bank CEO does not think the ICRA report would impact their fundraising because India has close to 40 banks between the private sector and public sector and an only handful have AA ratingGet latest Finance online at cnbctv18.com DHFL will be in focus on Wednesday after the company stopped taking fresh deposits while renewals have been placed on hold. The company has also stopped premature withdrawal of deposits to help themselves in liability management. National Housing Bank (NHB) guidelines do say that if ‘you are rated below 'A' as a housing finance company (HFC), you cannot accept deposit’ and recently CARE downgraded DHFL to BBB- (triple B minus). Therefore, this deposit acceptance has been put on hold. According to CARE Ratings, CARE A signifies ‘low’ credit risk, while CARE BBB signifies ‘moderate’ credit risk.

Brokerage house Jefferies said that a decisive majority for the current government (NDA) would be viewed as the better outcome. Get latest Market online at cnbctv18.com 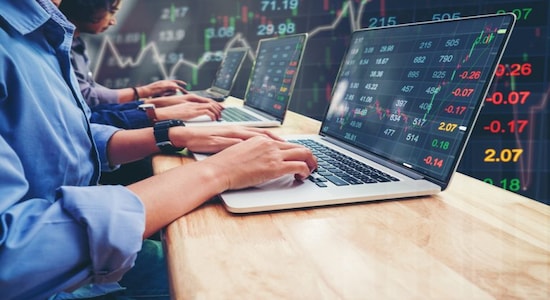 Asset quality movement will be seen very closely. Recoveries and higher write-offs amongst public sector undertaking (PSU) banks have been seen and continuation of that in BoB will be positive because in the last quarter the gross NPA (non-performing asset) ratio was at 11 percent. READ MORE

Risk reward unfavourable for next 3-6 months; upbeat on cement space, Macquarie
Sandeep Bhatia, managing director, head of equity India, Macquarie does not think the election results would be a non-event but it is not the only single determinant of market performanceGet latest Market online at cnbctv18.com Cummins India Ltd, a maker of engines and generators, will report its fourth-quarter earnings on Wednesday and analysts expect the company to report strong results this time. The revenues are expected to be up 11 percent at Rs 1370 crore versus Rs 1230 crore for the same quarter last fiscal and margins are expected to be higher at 14.5 percent versus 13.8 percent YoY. Profit after tax is expected to rise 9 percent to Rs 175 crore. READ MORE

Shares of Jindal Steel and Power (JSPL) tanked nearly 12 percent on Wednesday after the company reported weak results for the quarter ending March 2019. The company reported a consolidated net loss of Rs 2,713 crore in Q4. It had posted a loss of Rs 426 cr net loss in the year-ago quarter.The loss was mainly due to a one-time payment of Rs 1,733.9 crore, coupled with higher expenses and finance costs. Total income in Q4 was higher at Rs 10,158.95 crore as against Rs 8,599.28 crore YoY.