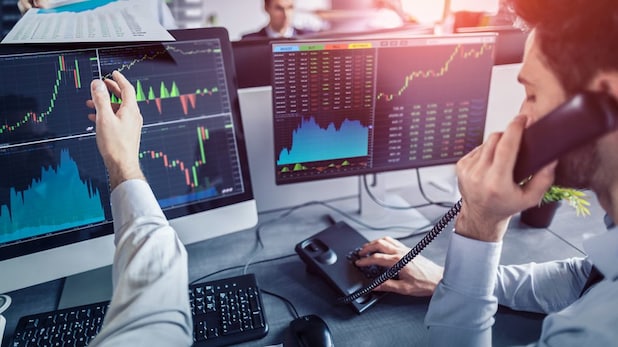 This blog will keep you updated with the latest trends in the market.

Indian market recovered from opening lows to end at day’s high despite global markets largely closing in the red. Sensex advanced 113 points to 34,305 after a 406-point trading range. Nifty gained 48 points to 10,528. From broader markets, Nifty bank & Nifty Midcap too gains more than 100 points each.
The market breadth was in favour of declines despite gains and the advance-decline ratio stood at 1:1. The put-call ration stood at 1.61 as against Friday's level of 1.58.
HDFC twins & ITC have been the biggest Index contributors whereas Infosys dragged the most. Most brokerages found margin guidance of 22-24% by Infosys for the FY19, a bit conservative. And, that led to over 3% fall in the stock. Other IT stocks had a strong day on the back of falling rupee. Besides IT, there were some names including Kotak Mahindra Bank, which made noteworthy gains, Kotak Mahindra Bank closed at fresh 52-week high, with the bank surpassing SBI in the market cap. In the midcap space, financials took the limelight, with Edelweiss Fin, Gruh Fin & M&M Fin being the top gainers.

The market extended gains with Sensex gaining more than 100 points at 34,310 and Nifty trading above 10,500 levels. Infosys, Tata Motors and Reliance Industries continue to be under pressure.

Watch the rise in gold prices since 2016.

Rupee slips to five month low against the dollar.

Benchmark indices remained under pressure as the BSE Sensex is down by 97 points and NSE Nifty is down by 18 points.

Rupee stands at 65.42 against the dollar.